Accessibility links
Scientists Desert USDA As Agency Relocates To Kansas City Area : The Salt The mandatory move imposed by the U.S. Department of Agriculture on most of the workers at two vital research agencies has been criticized as a "blatant attack on science." 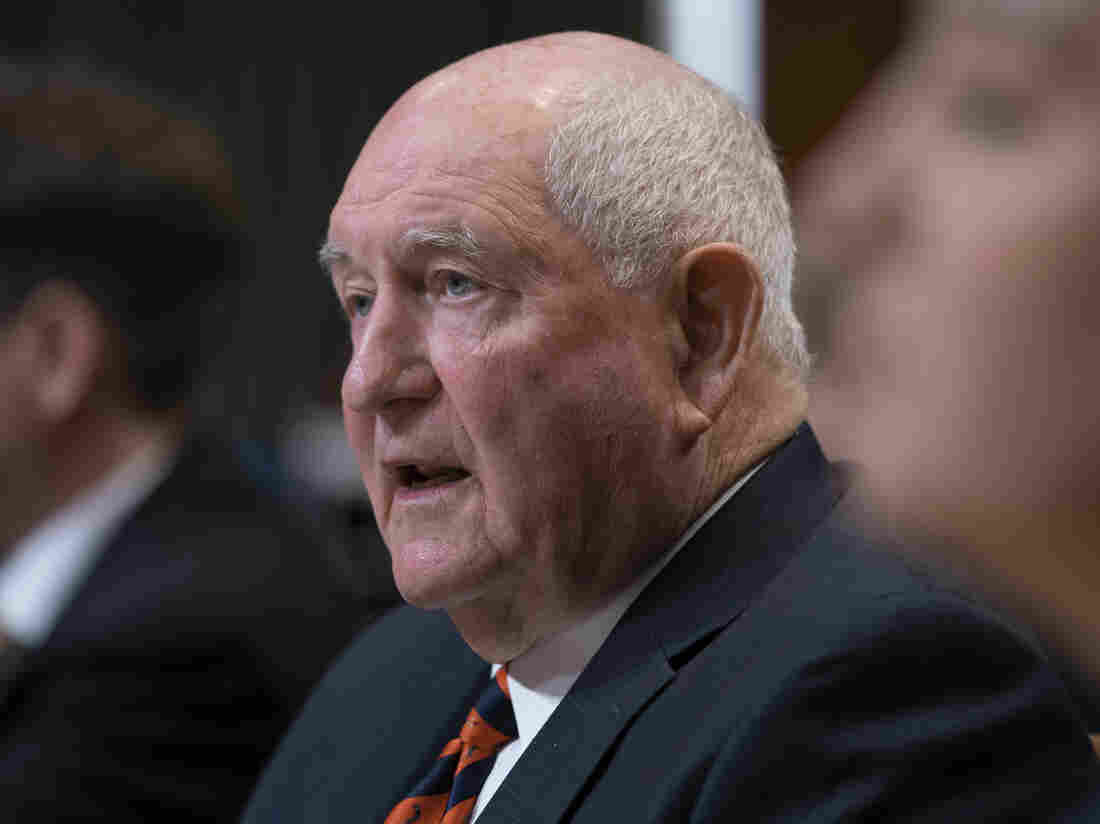 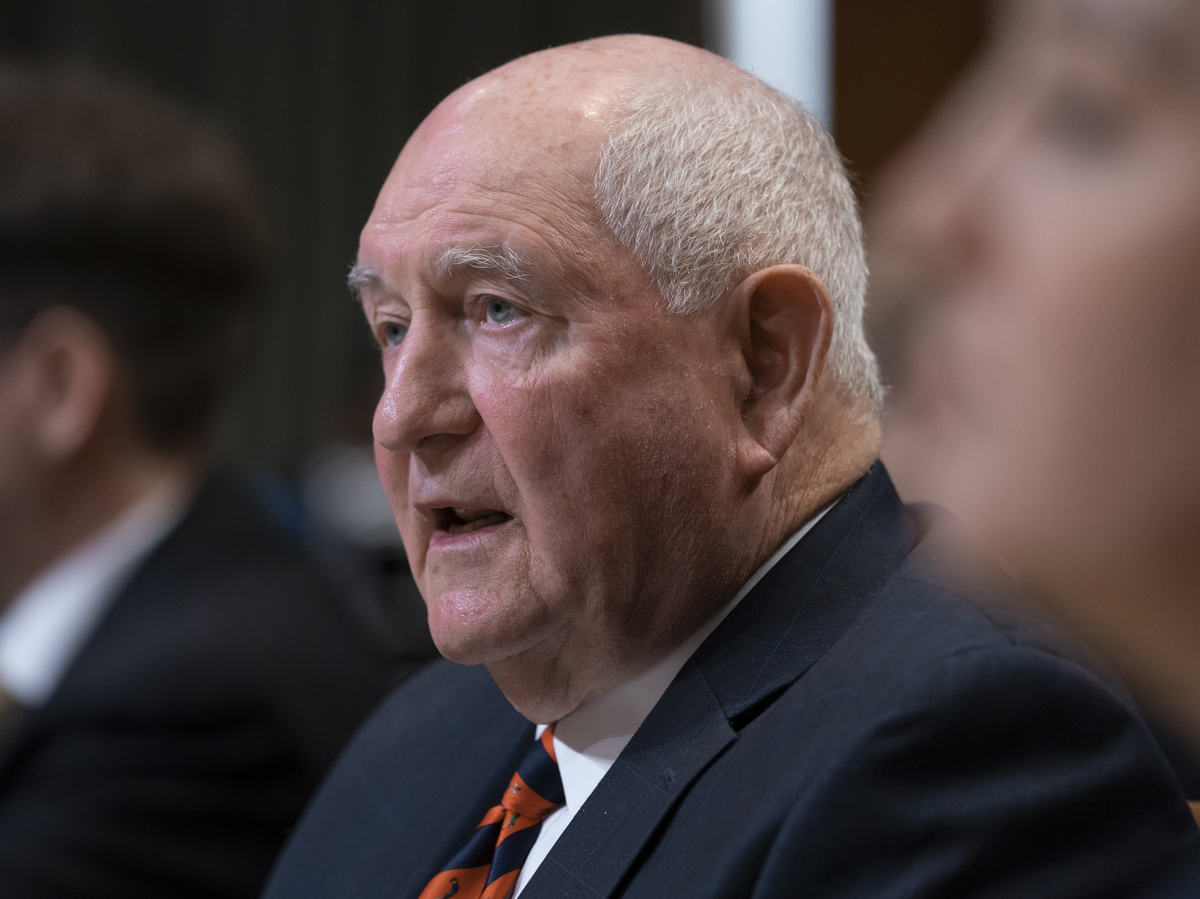 Secretary of Agriculture Sonny Perdue, shown here on Capitol Hill in April, announced last month that most staff from two USDA research agencies were being relocated to the Kansas City region.

Two vital research agencies at the U.S. Department of Agriculture are hemorrhaging staff as less than two-thirds of the researchers asked to relocate from Washington to the Kansas City area have agreed to do so.

When U.S. Secretary of Agriculture Sonny Perdue announced the planned new location of the research agencies last month, he said it "will be placing important USDA resources closer to many stakeholders" and "increasing the probability of attracting highly-qualified staff with training and interests in agriculture."

But groups such as the Union of Concerned Scientists call it a "blatant attack on science" that will "especially hurt farmers, ranchers and eaters at a particularly vulnerable time."

The American Federation of Government Employees, the union representing the USDA's Economic Research Service and the National Institute of Food and Agriculture, said the relocation "has resulted in catastrophic attrition at USDA's top research agencies."

"Evidence suggests that the relocation of these agencies is an attempt to hollow out and dismantle USDA science that helps farmers and protects our food supply," the union added.

The USDA gave employees until just before midnight on Monday to notify their employers whether they planned to accept the relocation.

The USDA spokesperson said that these numbers may fluctuate until Sept. 30, the date employees are expected to report to the area, and employees can change their statuses until then.

They added that the USDA is working "to ensure separating employees have the resources they need as well as efforts to implement an aggressive hiring strategy to maintain the continuity of ERS and NIFA's work."

Last month, the USDA said that of the 644 jobs in the two agencies, 544 would be relocated and 100 would remain in the D.C. area. The numbers reported on Tuesday by the USDA do not appear to account for some 150 positions that the USDA initially announced would be relocated.

NIFA provides grants for research on agriculture-related science, and the ERS conducts research and analysis on topics such as outlooks on major crops and livestock, how much food is going to cost and whether U.S. households will be food secure.

It's not yet clear whether the research agencies will be located in Kansas or Missouri, according to The Kansas City Star.

Lawmakers from both states, including Kansas Sen. Jerry Moran, have supported the move. "My first thought was Kansas City would be the perfect place," the Republican said, as NPR's Frank Morris reported.

An ex-employee of ERS recently told Morris that "efforts by the secretary ... have just destroyed morale." He said the way the agency is run has become increasingly partisan, and he resigned after the surprise announcement about relocations.

"I think it's had its intended effect. People have left, morale is low. The agency will take a long time to recover from the damage that's been inflicted," the former employee told Morris.

Some of ERS' recent studies, as Morris noted, may be politically uncomfortable for the Trump administration:

"ERS studies, for instance, concluded that the 2017 tax cuts championed by the administration would most benefit the richest farmers, and that the Supplemental Nutrition Assistance Program, which Trump wants to cut, is good for the economy."

Perdue said last month that the move would save the USDA some $300 million. That number has been met with skepticism by some analysts. The Agricultural & Applied Economics Association estimated the relocation would actually cost taxpayers between $83 million and $182 million, partially due to the lost value of the research from staffers who decide not to move.