Accessibility links
Pabst Beer Seeks Buzz With Hard Coffee : The Salt Americans are buying less beer from big breweries, so companies are getting creative to attract customers. Pabst is testing what one customer describes as a "Frappuccino" — with an alcoholic kick. 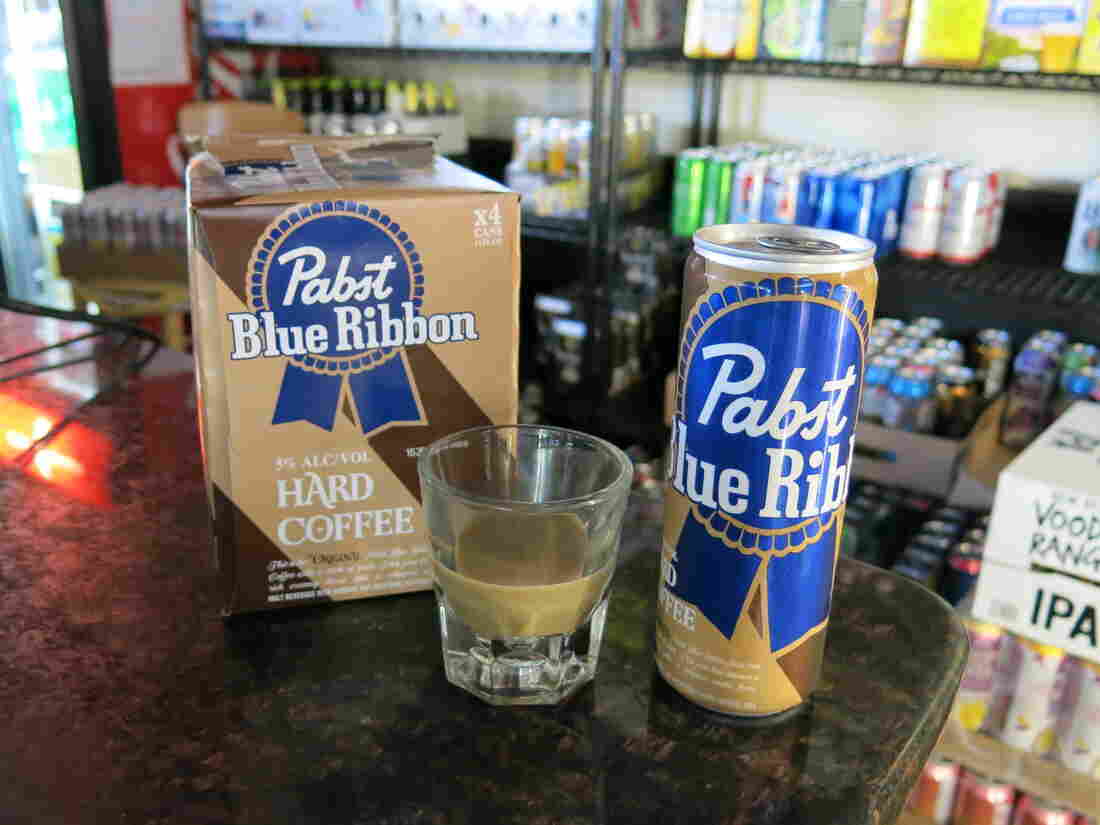 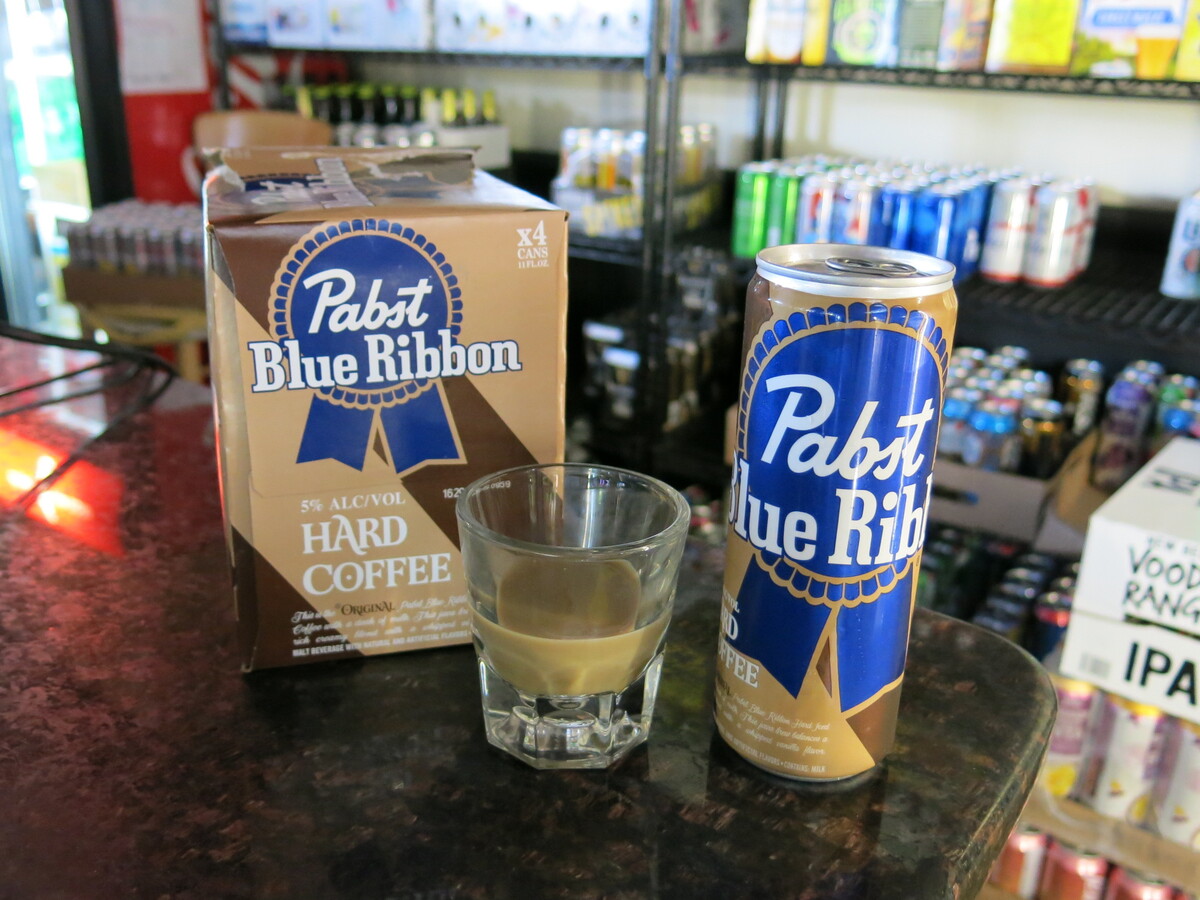 Americans are buying less beer from the country's largest breweries, and that has companies looking for new ways to attract customers.

You can see evidence in the beer aisle, where products like spiked seltzers and hemp-infused ales are aimed at the next generation of drinkers.

At Jerzee's Sports Bar & Pizzaria in Glenside, Penn., a case of PBR's hard coffee arrived and a week later, only four cans were left.

"It kind of tastes like Starbucks' Frappuccino, honestly, that's what it reminds me of," said patron Kris Beattie.

There is no beer taste. That's because Pabst says its hard coffee is made with "malt beverage," which is related to beer. The company uses malted barley that's fermented. The malt flavor and color is removed, leaving a neutral alcohol that Pabst combines with coffee, sugar, milk and vanilla to make hard coffee.

The drink is a hit with Jerzee's patron Beth Mancini, who jokes, "I could probably take it to work and no one would know!"

Smaller breweries have experimented with coffee for a while now, says Nicole Schmid, who orders craft beers for Jerzee's. She points out a beer called Java Head Stout from Tröegs Independent Brewing, which says on the label that it's "brewed with coffee beans." And for nearly five years, 8th Wonder Brewery in Houston has sold what its website describes as "Porter infused with cold brew coffee and milk sugar."

Schmid says Pabst's hard coffee is "not a new idea, but it's PBR and everybody wants to try it."

One Jerzee's patron who was nursing a bottle of Budweiser didn't want to give his name, but he declined to sample the hard coffee, saying, "Beer should taste like beer."

But tastes are changing, and Pabst Brand Director John Newhouse says his company is trying to respond by being be nimble and diversifying the kinds of beverages it sells.

"So for a while people are going to say, 'Well this isn't a beer — I'm confused.' And that's alright," says Newhouse.

As part of this effort, next month Pabst plans to introduce a whiskey, too.

For now, the hard coffee is being test marketed in five states: Pennsylvania, New Jersey, Maine, Georgia and Florida. The company says sales are strong, but it hasn't yet announced plans yet to expand nationwide.