Accessibility links
Swine Fever Is Killing Vast Numbers Of Pigs In China : The Salt The number of pigs in China is falling rapidly due to an epidemic of African Swine Fever. It's affecting farmers and consumers across the world, because China produces half of the world's pork.

Swine Fever Is Killing Vast Numbers Of Pigs In China

Swine Fever Is Killing Vast Numbers Of Pigs In China 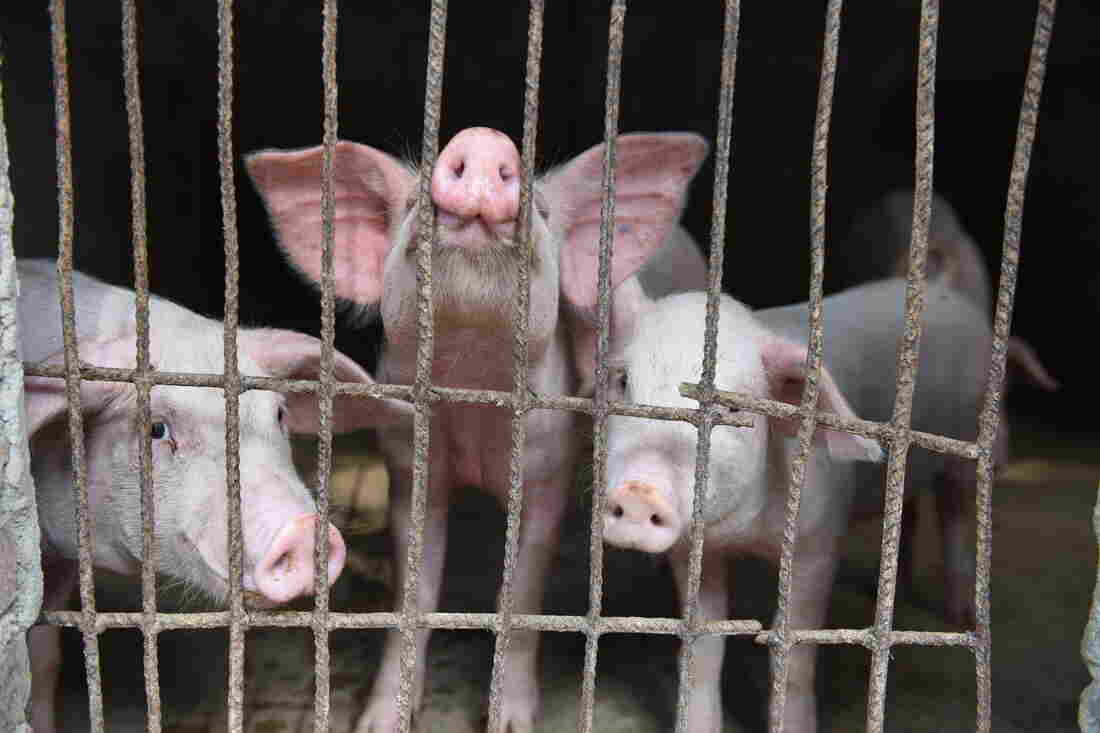 Pigs are seen in a hog pen in Linquan county in central China's Anhui province in July. The number of pigs in China is falling rapidly due to an epidemic of African Swine Fever. Barcroft Media/Barcroft Media via Getty Images hide caption 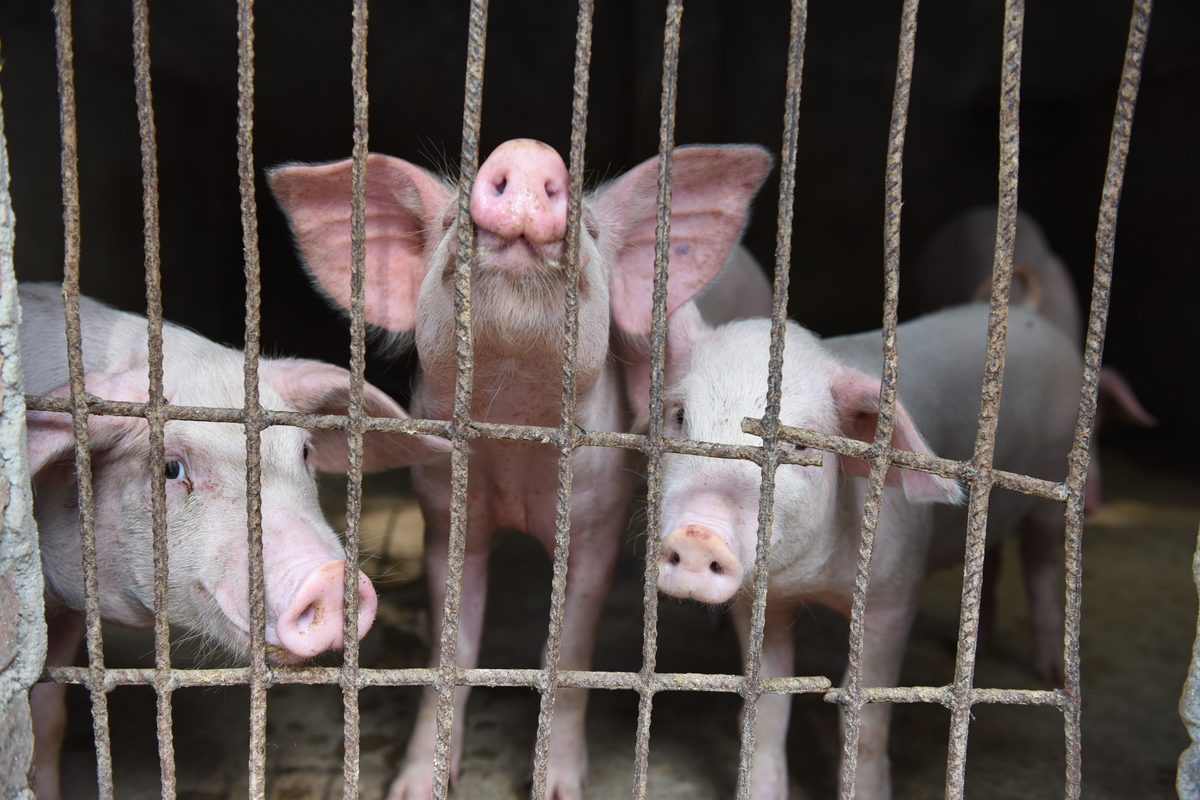 Pigs are seen in a hog pen in Linquan county in central China's Anhui province in July. The number of pigs in China is falling rapidly due to an epidemic of African Swine Fever.

An epidemic of African Swine Fever is sweeping through China's hog farms, and the effects are rippling across the globe, because China is a superpower of pork. Half of the world's pigs live in China — or at least they did before the epidemic began a year ago.

"Every day, we hear of more outbreaks," says Christine McCracken, a senior analyst at RaboResearch, which is affiliated with the global financial firm Rabobank.

McCracken and her colleagues now estimate that by the end of 2019, China's production of pork could be cut in half. "That's roughly 300 million to 350 million pigs lost in China, which is almost a quarter of the world's pork supply," she says. "It's a massive number." (This measures the reduction in pigs slaughtered annually, which is roughly twice the number of animals in China's swine herd at any one time.)

The estimate, McCracken says, is based on information from her company's clients in China, which include meat packers, companies that sell animal feed, and animal health experts.

African Swine Fever is not the same as "swine flu." This disease is harmless to humans. It can spread through contaminated pork products or the clothes of people working with infected pigs. It does not travel through the air, but it's long-lived and hard to get rid of — which Chinese farmers are learning the hard way.

Up to now, Chinese consumers still are finding enough pork to buy. McCracken says that's mainly because many farmers slaughtered their herds early, out of fear of infection. In the past month or so, however, supplies have started to run short, and pork prices are now rising sharply in China.

In fact, people around the world are now starting to feel the effects.

With fewer pigs, China is importing less soy meal to feed them. That alone has been enough to push down global prices for soybeans, which means less money for farmers in Brazil and the U.S.

The effect on soybean prices may turn out to be modest. According to a preliminary analysis by Amani Elobeid, an economist at Iowa State University, and Miguel Carriquiry, at the University of the Republic in Uruguay, a 30% cut in China's pork production could reduce the price of soy meal by 3 to 5%. In an email to NPR, however, they noted that the analysis "is VERY preliminary and should be used with caution."

The growing Chinese pork shortage is good news, though, for pork producers in the rest of the world: China is now starting to import more pork, driving up prices.

McCracken says the epidemic is still going strong. "It's really hard to see how this is going to end," she says. "Though at some point there will just be better, more 'biosecure' facilities that have less of a chance of getting the virus."

African Swine Fever is present in wild pigs in Europe. European pork producers have managed to protect their commercial herds from infection through careful precautions, preventing any potentially contaminated food or clothing from entering the facilities where pigs live.

Almost half the pigs in China, on the other hand, came from hundreds of thousands of small, backyard operations, which have been particularly hard-hit by the epidemic. If those farms can't protect their animals from infection, they may not survive.