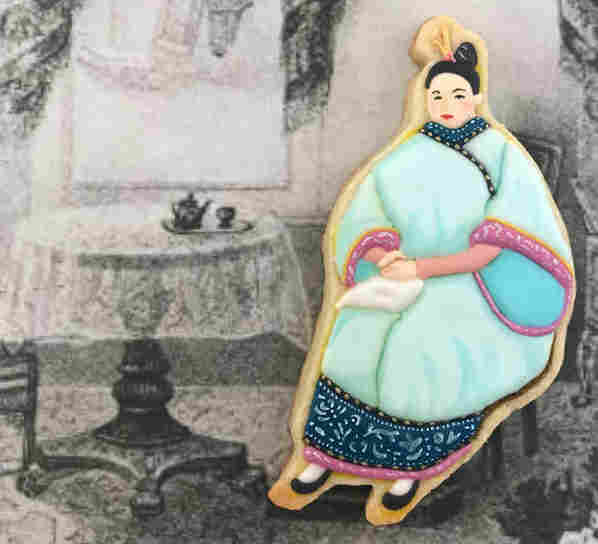 Jasmine Cho's cookie portrait of Afong Moy, who is often cited as the first Chinese woman to step foot in the United States. Beginning in the 1830s, Moy was put on display before crowds as a curiosity. Jasmine Cho hide caption 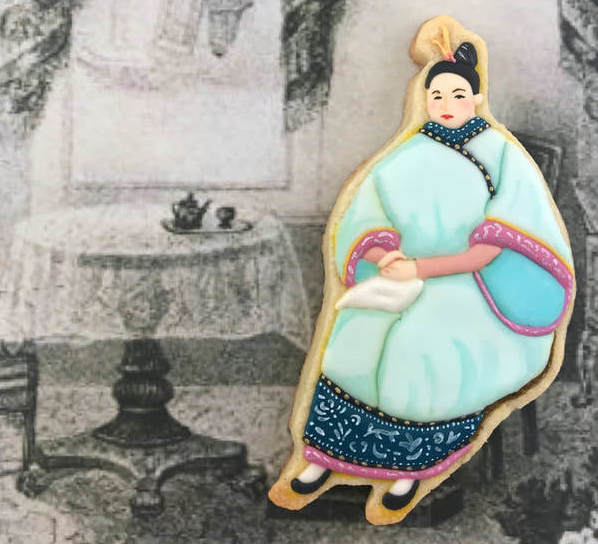 Jasmine Cho's cookie portrait of Afong Moy, who is often cited as the first Chinese woman to step foot in the United States. Beginning in the 1830s, Moy was put on display before crowds as a curiosity.

Jasmine Cho knows the power of a good cookie. "Cookies," she says, "can make anything more palatable." Including conversations about race and social justice in America.

Figures represented in sugar and icing include people like Takao Ozawa, a Japanese American whose petition for U.S. citizenship was denied on the basis of race in a landmark Supreme Court case, and Yuji Ichioka, a pioneering historian of the Japanese American experience who coined the term "Asian American." 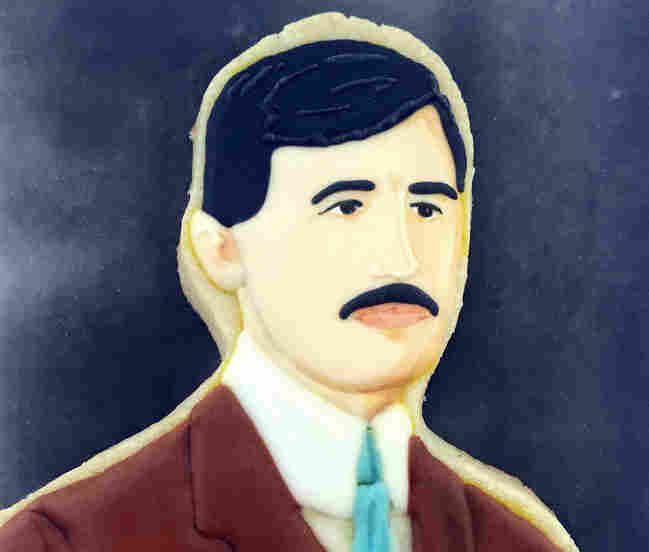 A cookie portrait of Takao Ozawa, a Japanese American whose petition for U.S. citizenship was denied on the basis of race in a landmark 1922 Supreme Court decision. Jasmine Cho hide caption 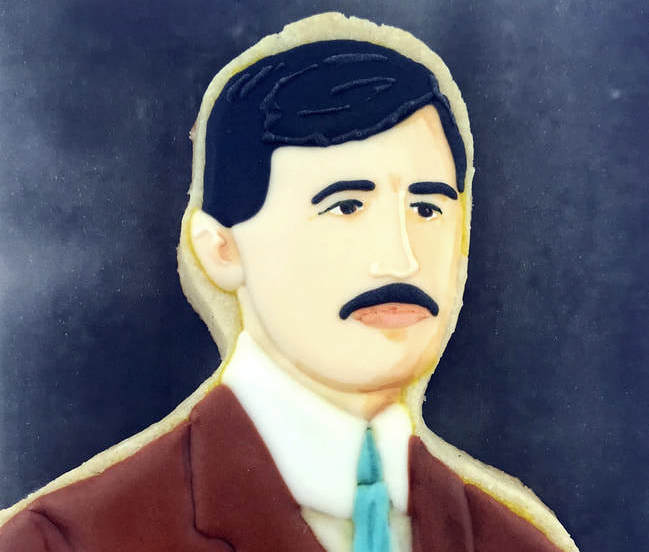 A cookie portrait of Takao Ozawa, a Japanese American whose petition for U.S. citizenship was denied on the basis of race in a landmark 1922 Supreme Court decision.

Others featured on her baked creations include Olympic gold medalist Sammy Lee; Afong Moy, often cited as the first Chinese woman to set foot in the United States, who was put on display before crowds as a curiosity beginning in the 1830s; and author and civil rights activist Grace Lee Boggs. Many of these figures are not widely known.

As Cho told the audience during a recent TEDx talk in Pittsburgh, "Privilege is when your culture is taught as a core curriculum, and mine is taught as an elective." The statement was met with a burst of supportive applause. 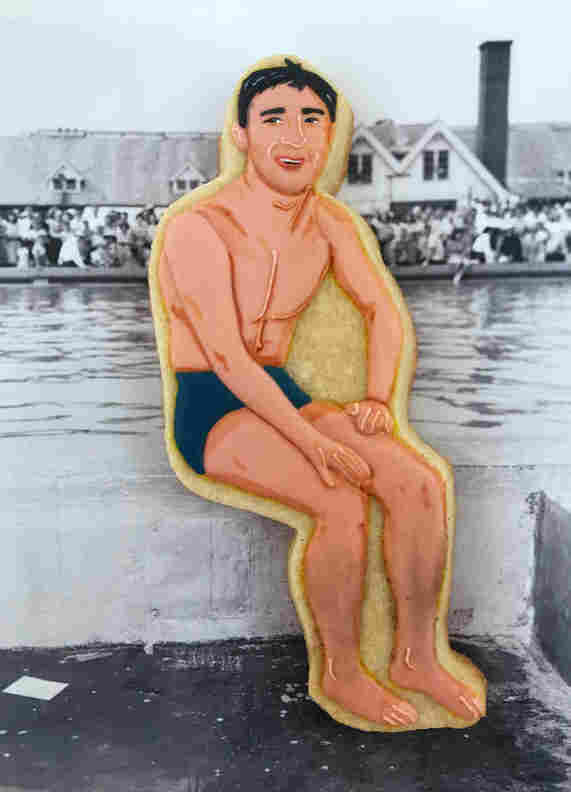 Cho shares her cookie art on social media and her work is becoming more frequently featured in the Pittsburgh art scene. A collection of her cookies has also recently been purchased and displayed at the City County Building.

Marian Lien, an advocate for Asian American and Pacific Islander inclusion in Pittsburgh, recently encountered Cho's cookie art on exhibit at a local coffee shop. She said the display had a visible impact on her teenage daughter. "Who would have thought using baked goods as a platform to talk social justice was a thing? And yet, the attention it has garnered is exactly what we need to start dialog and to impart enlightenment." 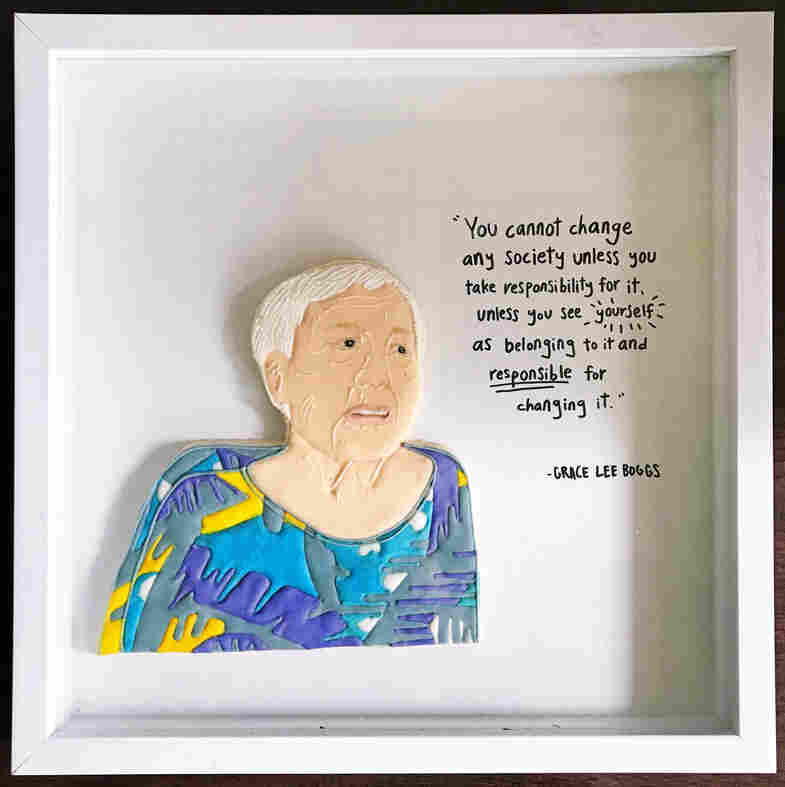 Lien says that when her daughter, who was then 16, saw Cho's exhibit, she said, "'Wow, I didn't know there were that many of us that were making a difference. I better step up my game.' She proceeded to Google many of the Asian and Pacific Islander American heroes and sheroes, and what could have been a 15-minute viewing became a two-hour experience for her."

That's exactly the kind of reaction Cho wants her cookies to elicit. "With all that has happened, and all that's still happening in America, it's so easy to become desensitized. Cookies are always going to be inviting, and your curiosity is always going to be stoked. I've never seen them met with less eagerness to know more." 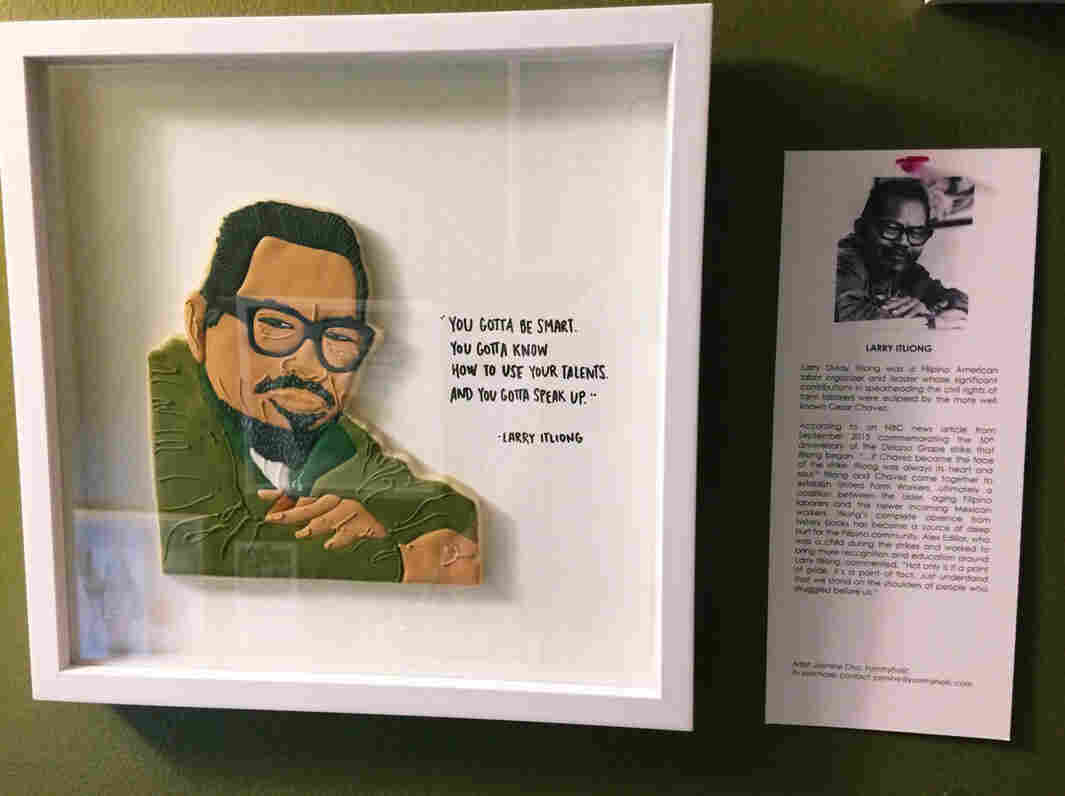 Cho is also spreading awareness through a children's book she wrote and illustrated, Role Models Who Look Like Me: Asian Americans & Pacific Islanders Who Made History. These are the types of stories of Asian American representation that Cho says were lacking in her own childhood. Although she grew up in Los Angeles, the daughter of a renowned taekwondo master, Cho says she was the only Korean American kid in her community. "I felt like a minority within a minority," she told me. It's a feeling that followed her into adulthood, as she described in her TEDx talk: "Growing up as an Asian American, I felt that I needed to accept being invisible."

While promoting her book, Cho has visited schools as a guest lecturer. In her presentations, Cho will often ask children whether they, too, have ever felt left out or lonely, as she once did. Teacher Amy Kim, an early-childhood educator at Pittsburgh's Shady Side Academy, observed her students' responses during Cho's recent visit. 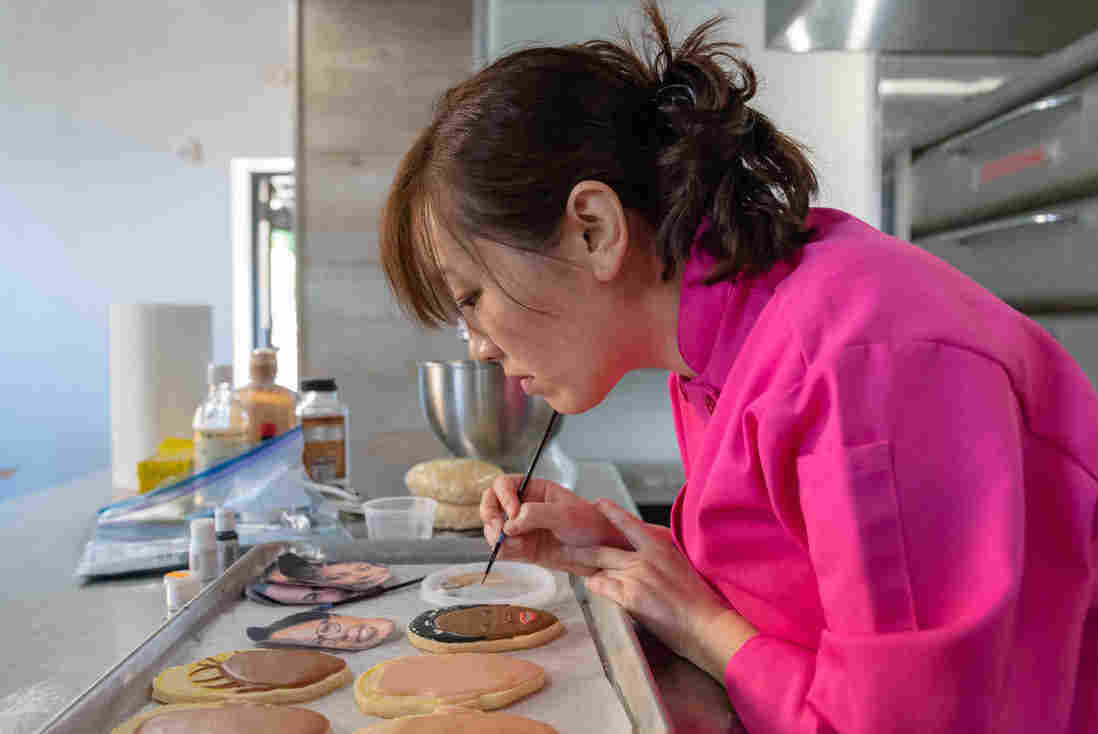 "Our students were immediately impacted by her visit," Kim says. "For our Asian American students especially, they absolutely connected with her and her children's book almost immediately. Their faces said it all by their proud expressions. ... The Asian children gleamed, knowing these famous Americans were similar to them." As part of the presentation, Kim says Cho helped students make their own cookie self-portraits.

As for Cho's own role models? She cites among them James Beard award-winning chef Joanne Chang, whose cookbooks served as early inspiration for Cho's journey as a self-taught baker and artist. During a recent trip to Boston, Cho met Chang. Of course, she presented her idol with a cookie portrait Cho had made of Chang.

But if you want your own custom cookie portrait by Cho, you're out of luck. She's not taking any more orders through her online custom bakery, Yummyholic, for the rest of the year in order to focus on another passion --baking as therapy.

Cho is currently pursuing a bachelor's degree in art therapy and has received a $10,000 "community champion" award from Citizens Bank to support her work providing baking therapy for the Center for Victims in Pittsburgh. For her, it's just one more form of cookie activism.

Caroline Choe is a writer, artist, teacher and chef based in New York City.