Accessibility links
How A No-Deal Brexit Could Destroy The Irish Dairy Industry — And Threaten Peace : The Salt The lack of a border has contributed to a booming dairy business between Northern Ireland and the Republic of Ireland – the types of dealings experts say helped make peace between the two a reality. 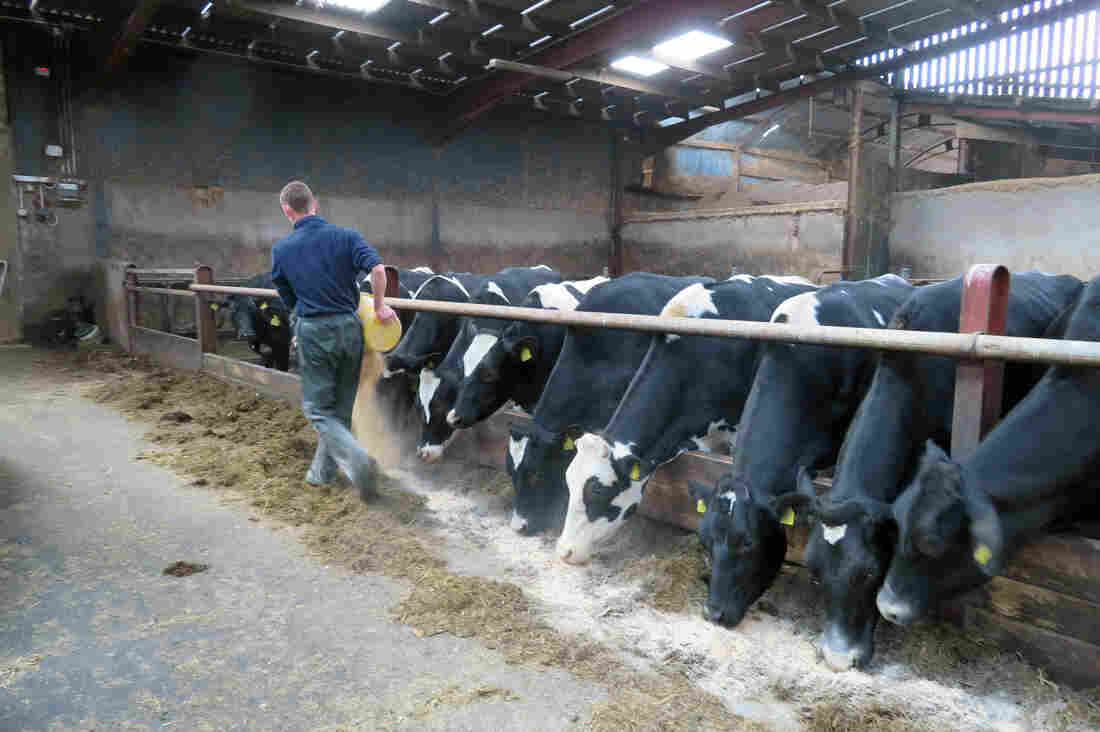 Deep in Northern Ireland's County Armagh, on a farm tucked into the impossibly green hills and orchards, Philip Toner is feeding his cows.

"This is my life," he says, walking into the main cow shed, greeted by moos. "I've been working this dairy farm for 28 years. My children grew up on it, and now we run it together. My family has actually farmed this land since back in the mid-1800s."

Toner is 50, lanky and welcoming, with reading glasses perpetually propped on his silver hair. He points to the original 19th-century farmhouse, where his oldest son now lives.

"There's a lot of history here," he says. "I would hate to see that something as ludicrous as a no-deal Brexit could put a stop to what we do here."

British lawmakers are fighting Prime Minister Boris Johnson to prevent a no-deal Brexit, which would mean that the United Kingdom - which Northern Ireland is part of - would crash out of the European Union without an agreement on the terms of their divorce.

Northern Irish farmers who have built lucrative cross-border trade with the Irish Republic are especially worried.

A no-deal Brexit would likely bring back a hard border on the island. That would mean re-imposing customs, which would ravage trade, and creating checkpoints, which could be targeted by militants who want to revive The Troubles, the decades-long sectarian conflict between Protestants and Catholics that left more than 3,600 people dead.

"God forbid that ever happens again," Toner says. "In Northern Ireland, we don't need any more polarization of the views that we already have."

Thirty-five percent of Northern Irish milk is sold to Ireland.

The Toners sell milk from their cows to a processor that's partly owned by a company based in the Republic of Ireland. The milk is turned into mozzarella and sold to the U.K. and EU.

Right now, the Irish border is open. That means it's easy to transport milk - or "lift it," as Toner says.

"Where do we go with over 2 million liters of milk per day that Northern Ireland simply couldn't process?" Toner says, exasperated. "It would have to be dumped? And farmers can't produce something just to dump it."

The only Plan B, he says, is "sell now, cull all your cows." 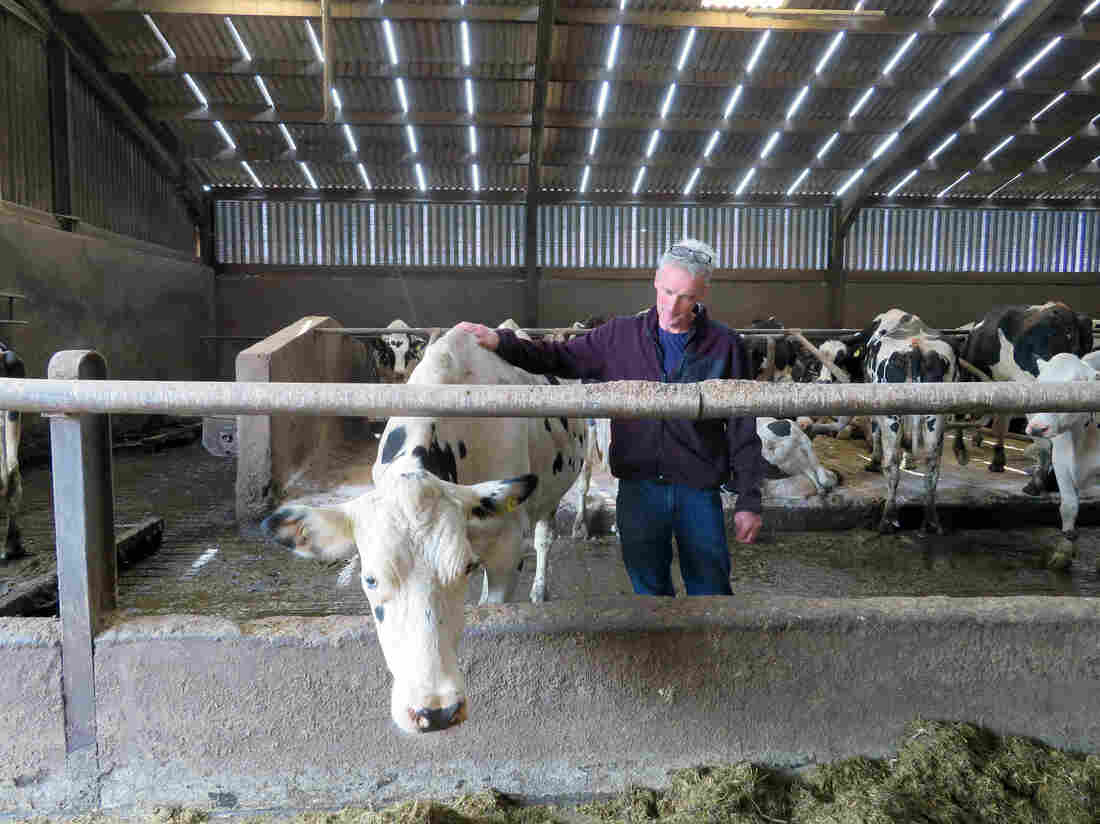 Philip Toner is concerned about the future of his family's farm. "There's a lot of history here," he says. "I would hate to see that something as ludicrous as a no-deal Brexit could put a stop to what we do here." Joanna Kakissis/NPR hide caption 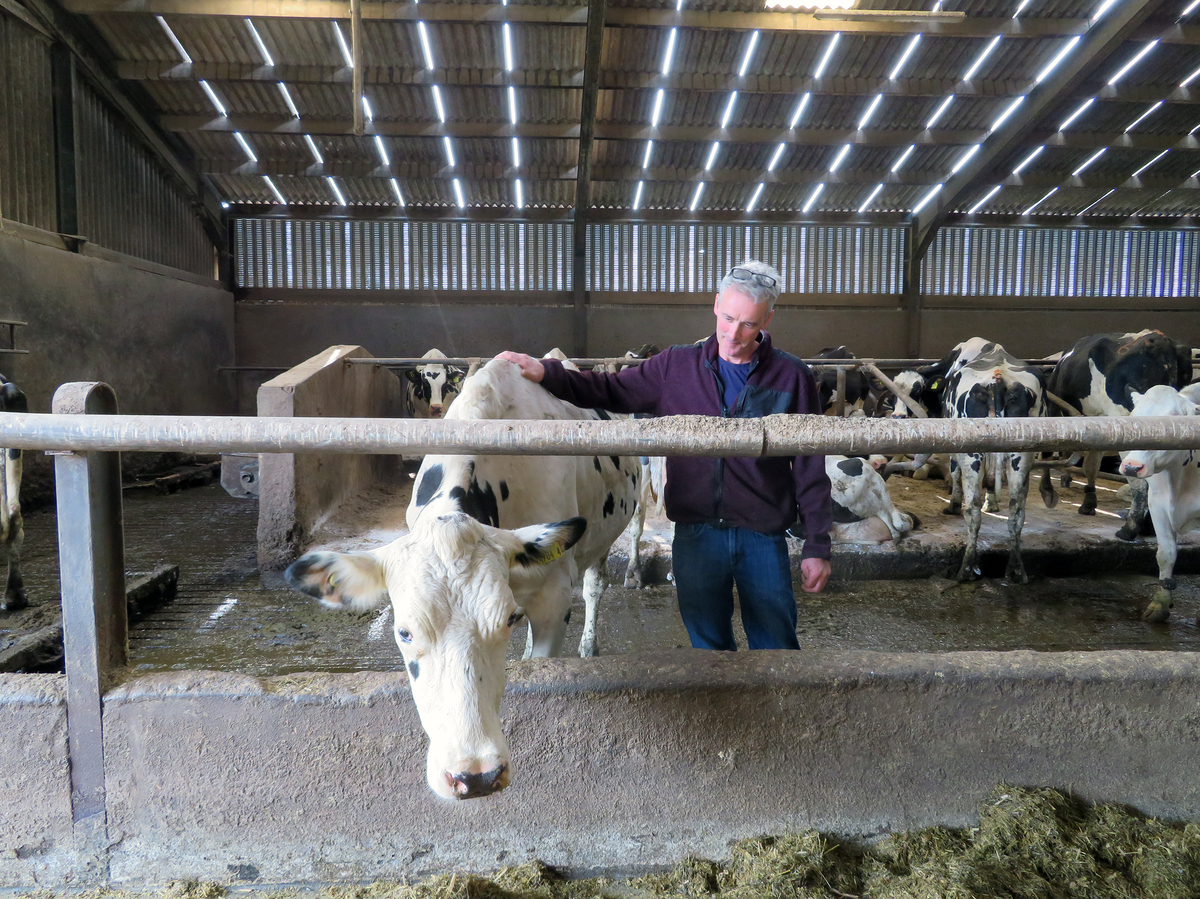 Philip Toner is concerned about the future of his family's farm. "There's a lot of history here," he says. "I would hate to see that something as ludicrous as a no-deal Brexit could put a stop to what we do here."

Not just about business: It's also about keeping the peace

Toner and other farmers here aren't only concerned about bankruptcy.

They also worry about a return to the sectarian violence that gripped Northern Ireland for decades.

Toner, who's Catholic, was a boy in 1976, when the Irish Republican Army killed 10 Protestant workers in the nearby town of Kingsmill.

He says his family never cared about politics and got along with their neighbors, no matter what their religion. He considers himself lucky not to have lost family or friends in The Troubles.

"We watched news programs every morning, every evening and heard about somebody else shot," he says. "If we saw a strange car driving past, we ducked behind a building or a bale of hay to hide. You always felt like a target."

The 1998 Good Friday Agreement ended The Troubles and the checkpoints.

Both sides of Ireland could finally take advantage of the single market.

"That has brought very obvious economic benefits to Northern Ireland in particular," says Katy Hayward of Queen's University in Belfast, an expert on Irish border issues. "And it's in the natural day-to-day connections — the businesses making deals and the expansion of business across a border — that you see the embedding of trust and cooperation that is really essential to making peace a reality."

The cooperation is even political. Ian Marshall is a Northern Irish dairy farmer who's now a senator in the Irish Republic's legislature in Dublin.

Dairy cooperatives work on both sides of the border, Marshall says, to produce butter, cheese, milk and yogurt.

Because the Irish border is still a sensitive place, the EU insists that a Brexit deal must include something called the Irish backstop, which would require the U.K. to follow EU rules until a way to keep the border open could be worked out.

But disrupting this trade will also hurt the Republic of Ireland. One study says Brexit could cut Ireland's economic growth in half.

One farmer's Plan B

But at least one Northern Irish dairy farmer is trying to sort his fate out himself.

Dean Wright also farms in County Armagh, just a few miles from Philip Toner. He's decided to "Brexit-proof" his milk by processing it himself on his own farm. He turns it into high-end cheese, called Ballylisk of Armagh.

Wright shows me around the warehouse where he makes a triple-cream soft cheese that's like a French Brie.

"But it's actually a lot more luxurious than a Brie," he says. "This is the cheese that's actually stocked in the Queen's grocer, Fortnum & Mason."

His cheese is selling well, and it might do even better after Brexit, when French Brie gets more expensive.

"At a small level, like we're at, you know, we can't change the direction of the wind, but we can adjust the sails," he says. "So that's what I intend to do."

He's also looking into selling his cheese to the U.S. ("there's a lot of Irish people there, so huge market," he says) and outside Europe.

But Wright does hope that the winds of Brexit keep the Irish border, not far from his home, clear of the checkpoints — and unrest — of the past.

Ireland is small, he says, and he wants his friends down south to keep buying his Irish cheese.