Accessibility links
Orthorexia: When 'Clean Eating' Become An Unhealthy Obsession : The Salt Whether it's gluten or dairy, many people avoid certain types of foods these days. Sometimes food avoidance can take over people's lives and veer into an eating disorder. 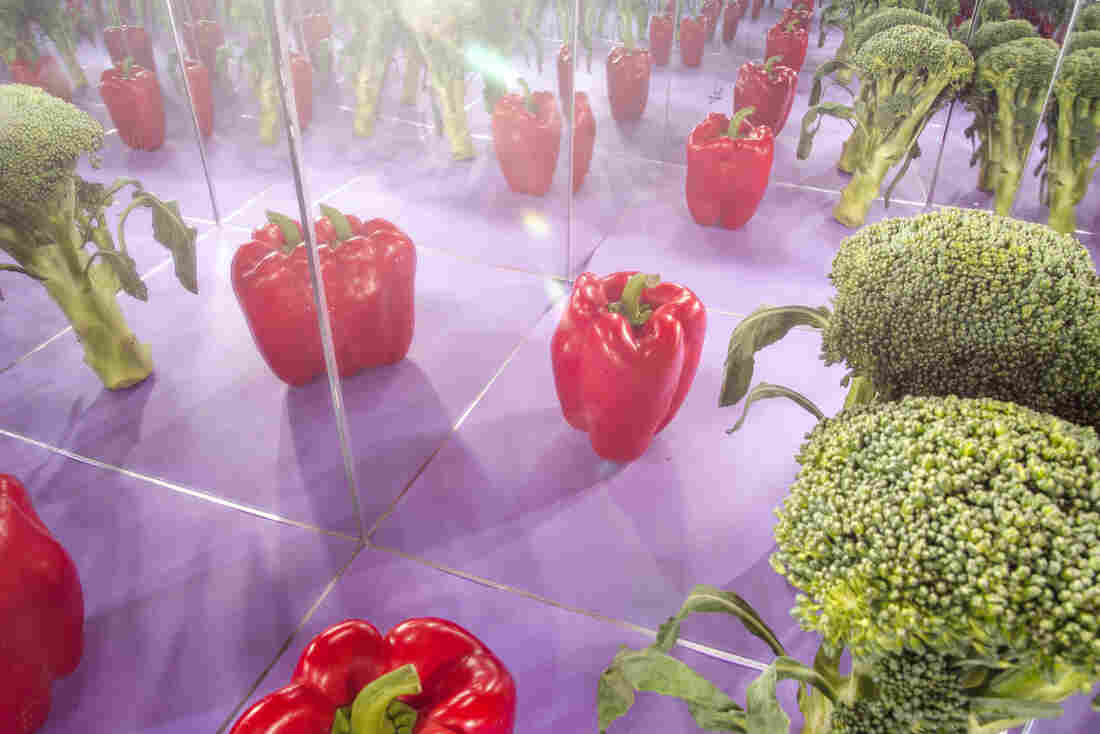 Orthorexia occurs when people become so fixated on the idea of eating "cleanly," or choosing only whole foods in their natural state, that they end up imperiling their physical and mental health. Sometimes this means missing critical nutrients or not getting enough calories. Meredith Rizzo/NPR hide caption 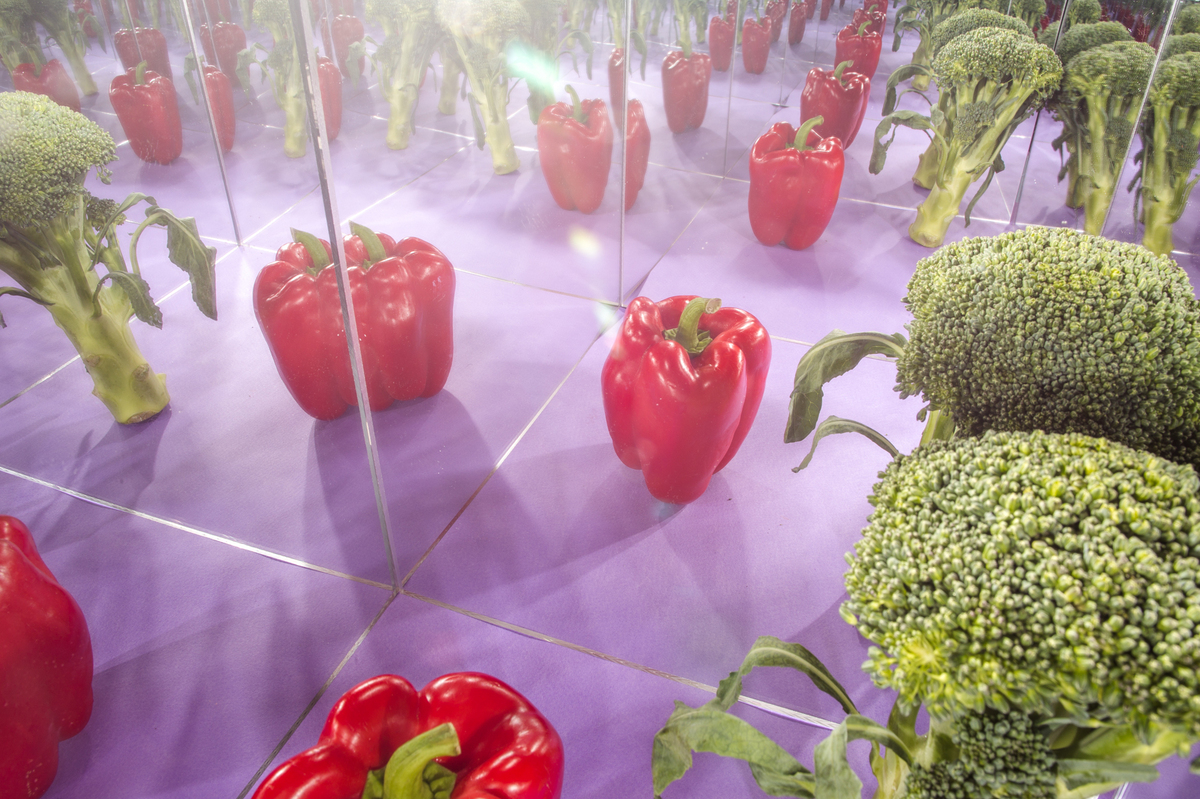 Orthorexia occurs when people become so fixated on the idea of eating "cleanly," or choosing only whole foods in their natural state, that they end up imperiling their physical and mental health. Sometimes this means missing critical nutrients or not getting enough calories.

Whether it's gluten-free, dairy-free, raw food, or all-organic, many people these days are committed to so-called "clean eating" — the idea that choosing only whole foods in their natural state and avoiding processed ones can improve health.

It's not necessarily a bad thing to eat this way, but sometimes these kinds of food preferences can begin to take over people's lives, making them fear social events where they won't be able to find the "right" foods. When a healthful eating pattern goes too far, it may turn into an eating disorder that scientists are just beginning to study.

Alex Everakes, 25, is a public relations account executive from Chicago. As a kid, he struggled with being overweight. In his teens and 20s, he tried to diet, and he gained and lost and regained about 100 pounds.

'Eat Up': How Cultural Messages Can Lead To Eating Disorders

He went from 250 pounds at his heaviest, down to 140. He posted pictures of his six-pack abs and his "clean" diet online and was praised for it. He felt virtuous, but at the same time, he was starving, tired and lonely.

"My life literally was modeled to put myself away from destruction of my fitness," Everakes says.

He became afraid to eat certain foods. He worked at home to avoid office parties where he'd have to eat in front of others. He didn't go out or make friends because he didn't want to have to explain his diet.

It turns out Everakes was struggling with something called orthorexia nervosa.

Orthorexia is a fairly recent phenomenon. Dr. Steven Bratman, an alternative medicine practitioner in the 1990s, first coined the term in an essay in the nonscientific Yoga Journal in 1997. Many of his patients eschewed traditional medicine and believed that the key to good health was simply eating the "right" foods. Some of them would ask him what foods they should cut out. 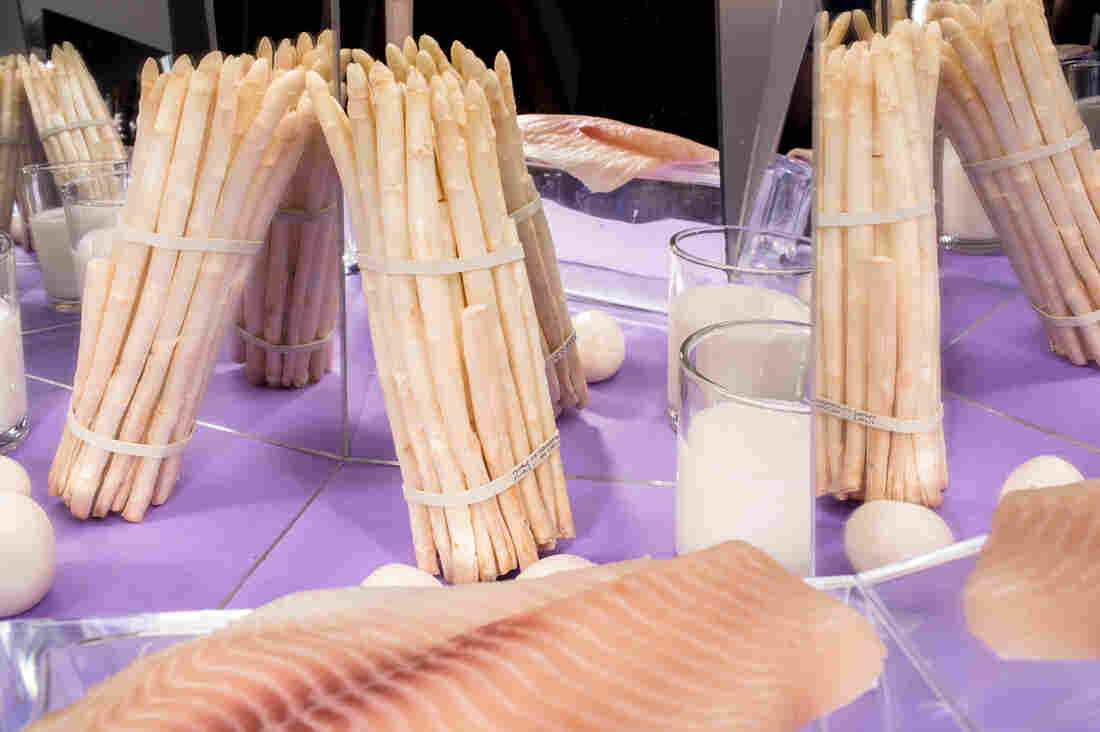 Whether it's gluten or dairy, many people avoid certain types of foods. Sometimes food avoidance can turn into fear, obsession and even veer into an eating disorder that scientists are just beginning to study. Meredith Rizzo/NPR hide caption 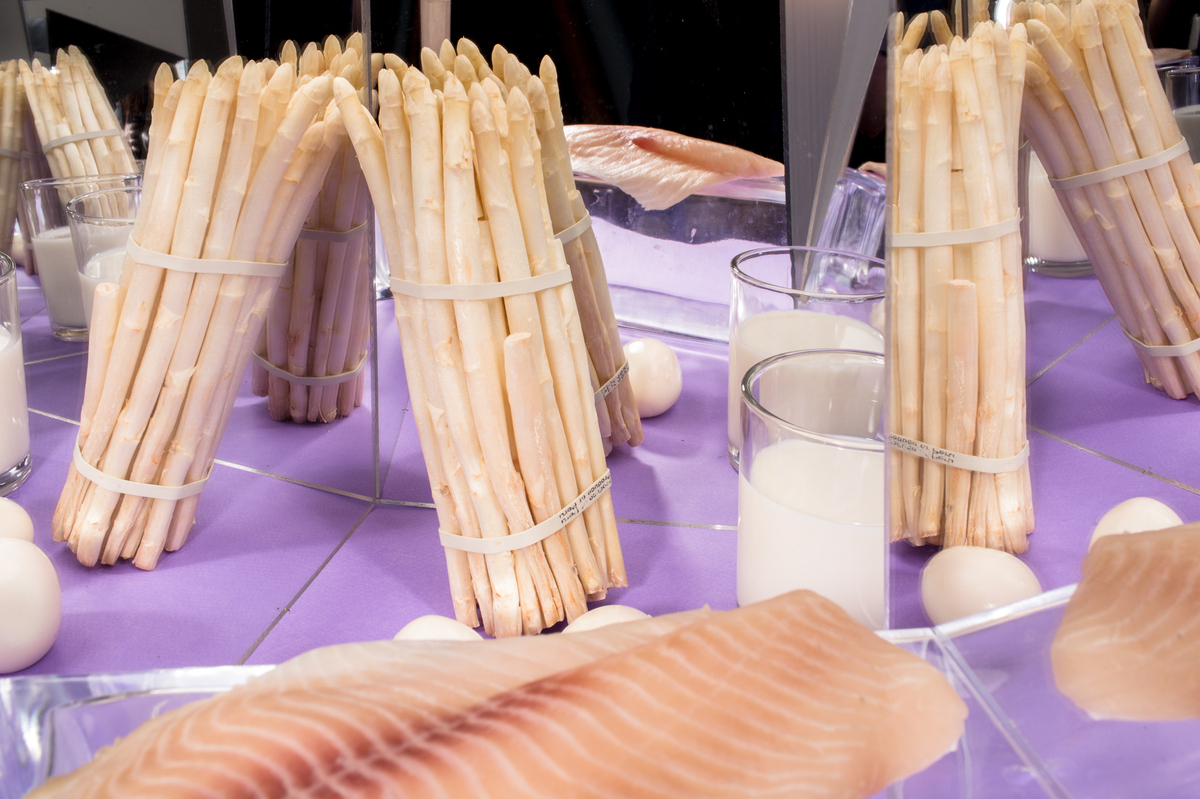 Whether it's gluten or dairy, many people avoid certain types of foods. Sometimes food avoidance can turn into fear, obsession and even veer into an eating disorder that scientists are just beginning to study.

So Bratman made up the name orthorexia, borrowing ortho from the Greek word meaning "right" and -orexia meaning "appetite." He added nervosa as a reference to anorexia nervosa, the well-known eating disorder which causes people to starve themselves to be thin.

"From then on, whenever a patient would ask me what food to cut out, I would say, 'We need to work on your orthorexia.' This would often make them laugh and let them loosen up, and sometimes it helped people move from extremism to moderation," he recalls.

Bratman had no idea that the concept of "clean eating" would explode over the next two decades.

Where dieters once gobbled down no-sugar gelatin or fat-free shakes, now they might seek out organic kale and wild salmon.

The rise of celebrity diet gurus and glamorous food photos on social media reinforce the idea that eating only certain foods and avoiding others is a virtue — practically a religion.

Sondra Kronberg, founder and executive director of the Eating Disorder Treatment Collaborative outside New York City, has seen a lot of diet trends over the past 40 years.

"So orthorexia is a reflection on a larger scale of the cultural perspective on 'eating cleanly,' eating ... healthfully, avoiding toxins — including foods that might have some 'super power,' " she says.

Now, Kronberg and other nutritionists applaud efforts to eat healthfully. The problem comes, she says, when you are so focused on your diet that "it begins to infringe on the quality of your life — your ability to be spontaneous and engage." That's when you should start to worry about an eating disorder, she says.

"In the case of orthorexia, it centers around eating 'cleanly' and purely, where the other eating disorders center around size and weight and a drive for thinness," she says.

Sometimes these problems overlap, and some people who only eat "clean" foods miss critical nutrients from the foods they cut out or don't consume enough calories. "It could become a health hazard and ultimately, it can be fatal," Kronberg says. 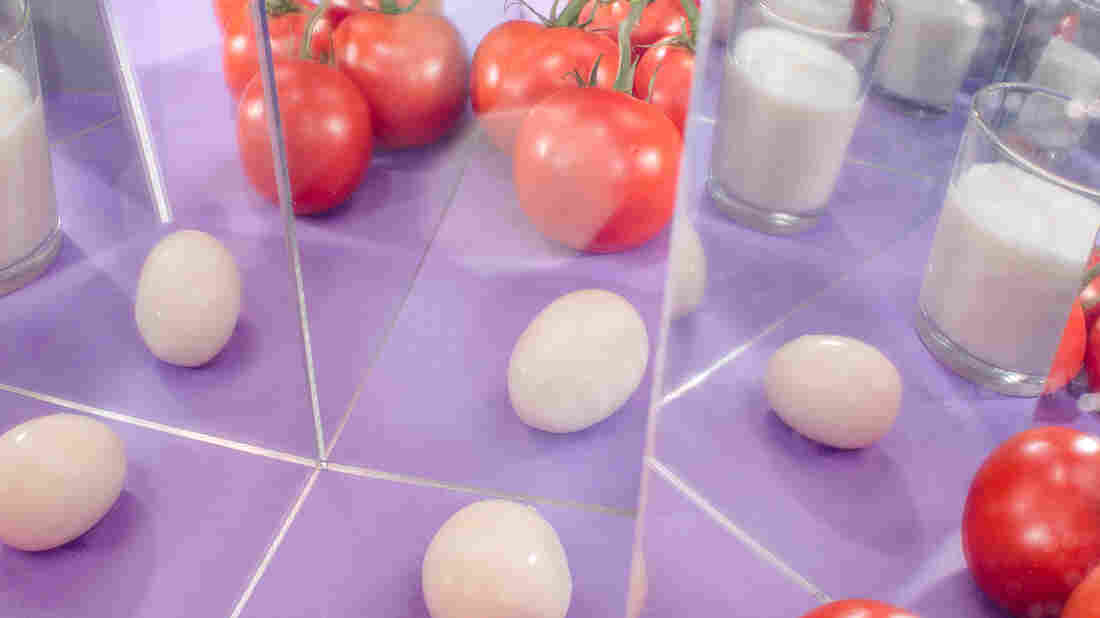 The rise of celebrity diet gurus posting food photos on social media has reinforced the idea that eating only certain foods is a virtue. Meredith Rizzo/NPR hide caption 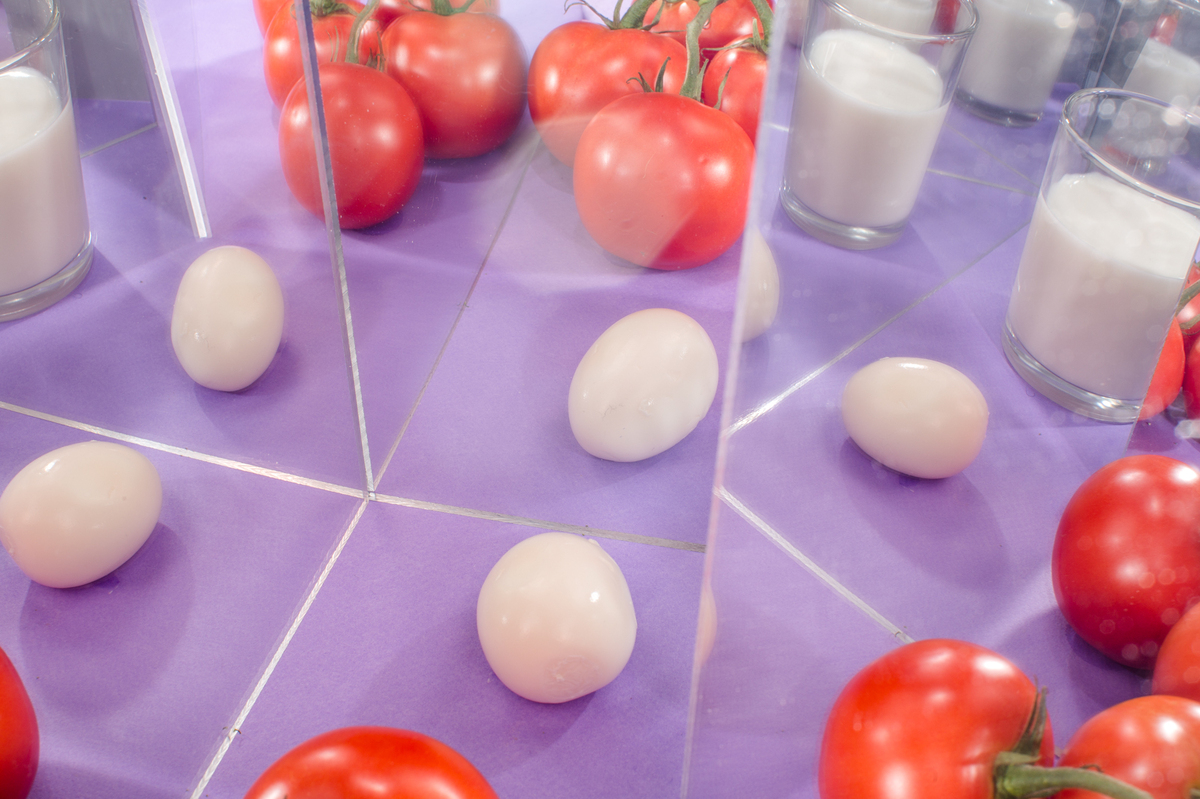 The rise of celebrity diet gurus posting food photos on social media has reinforced the idea that eating only certain foods is a virtue.

While people with these symptoms are showing up in clinics like Kronberg's, scientists don't agree on what orthorexia is.

Dr. S.E. Specter, a psychiatrist and nutrition scientist based in Beverly Hills who specializes in eating disorders, notes that there are only 145 published scientific articles on orthorexia. "For anorexia nervosa, there are 16,064 published studies and for eating disorders in general, there are 41,258. So [orthorexia] doesn't stack up in terms of the knowledge base so far," he says.

Orthorexia is not listed specifically in the DSM — the Diagnostic and Statistical Manual of Mental Disorders — but that doesn't mean it's untreatable.

"I just think orthorexia is maybe a little bit too hard to pin down, or it's looked at as a piece of the other related disorders — the eating disorders, obsessive compulsive disorder, and general anxiety disorder as well," Specter says.

To treat it, "we have to look at the thought process and try to disentangle the beliefs that a person has. They become very entrenched," he says.

"It's a very kind of gradual process for ... many in terms of trying to back out of a need to always check to see that, you know, locks are locked or that a food is not going to be harmful to them — cause their skin to break out or increase their risk of cancer," he says.

Alex Everakes has been in treatment for two years. While he's still significantly underweight, he says he's happier and learning to see his diet a little differently.

Been There: Lessons From A Shared Experience

Everakes eats more freely on the weekends now and tries to add a new food every few days. He's made some friends who don't restrict their eating.

For Everakes, taking control of his orthorexia is "knowing that your world isn't going to come crashing down if you have like, a piece of pizza."

He's managed this by taking baby steps. Instead of going right for a slice of standard pizza, he started with cauliflower crust pizza. He ordered frozen yogurt before going for full-fat ice cream.

Eating disorders can strike anyone. Roughly 1 in 3 people struggling with eating disorders is male, according to the National Eating Disorders Association. And these disorders affect athletes at a higher rate than the rest of the population.

If you think you have orthorexia or any eating disorder, it's important to seek professional help and friends who support you, Everakes says.