Accessibility links
Farmers Sticking By Trump Even As Trade Wars Bite : The Salt Trump's trade wars and ethanol policy hurt farmers, but polls show his support among them remains strong, and may be growing as the impeachment query moves forward. 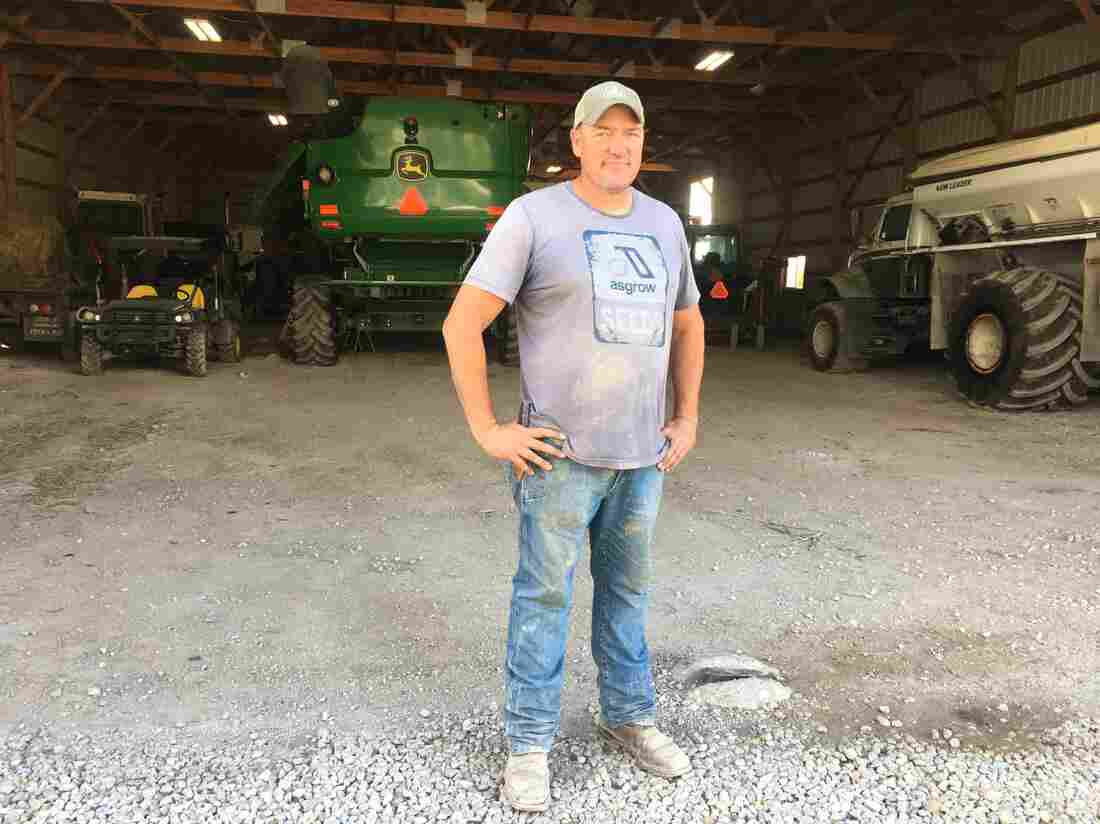 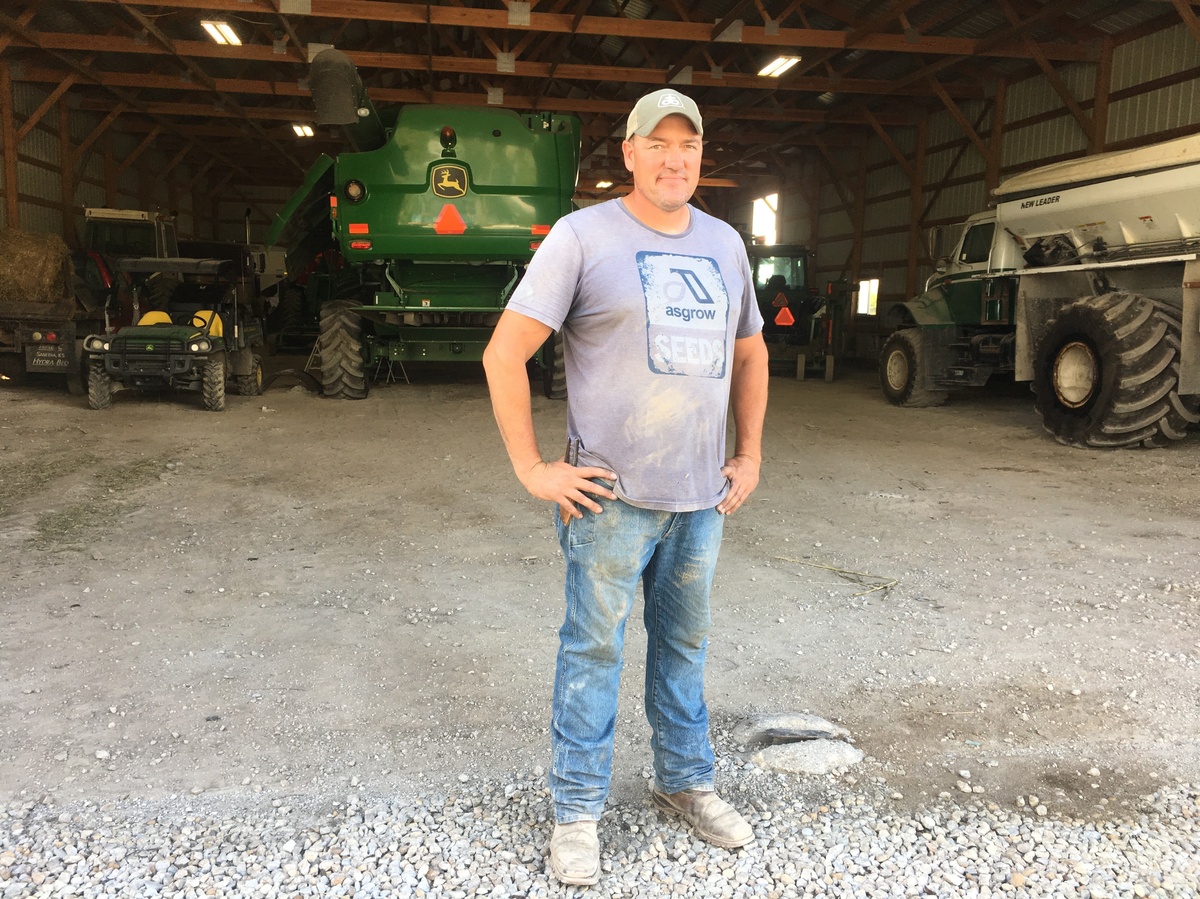 Most farmers haven't had a good year since President Trump took office and his policies on trade, immigration and ethanol are part of the problem. Yet farmers, who broadly supported Trump in 2016 are largely sticking with him as the impeachment inquiry moves forward. And if they did abandon him, it may not matter.

Farmer Luke Ulrich says he works at least 12 hours a day, almost every day, tending his crops and cattle near Baldwin City, Kan.

Ulrich anticipates a fairly decent corn and soybean crop this year. But his expenses are so high, and the prices he's getting for his crops and cattle are so low, he's budgeting less than $25,000 in income for the whole year.

"We more or less live off my wife's income," says Ulrich, looking up from the combine he's fixing. "She carries the benefits. If it wasn't for her we'd probably be sunk."

President Trump is partly to blame for low grain prices. China retaliated against his tariffs by all but closing a giant export market for Ulrich's soybeans.

"I'd probably be lying if I said some of us aren't scratching our heads every once in a while," Ulrich says. "I sometimes wonder if [Trump] didn't bite off a little more than he could chew."

Then the Trump administration hurt demand for his corn, by allowing dozens of oil refineries to sidestep their legal obligations to use billions of gallons of corn-based ethanol in gasoline blends.

But, Ulrich is not mad at Trump. He loves Trump's hands-off approach to environmental regulations. And he appreciates the $28 billion aid package that the U.S. Department of Agriculture has distributed to compensate farmers for what they're losing in export sales. 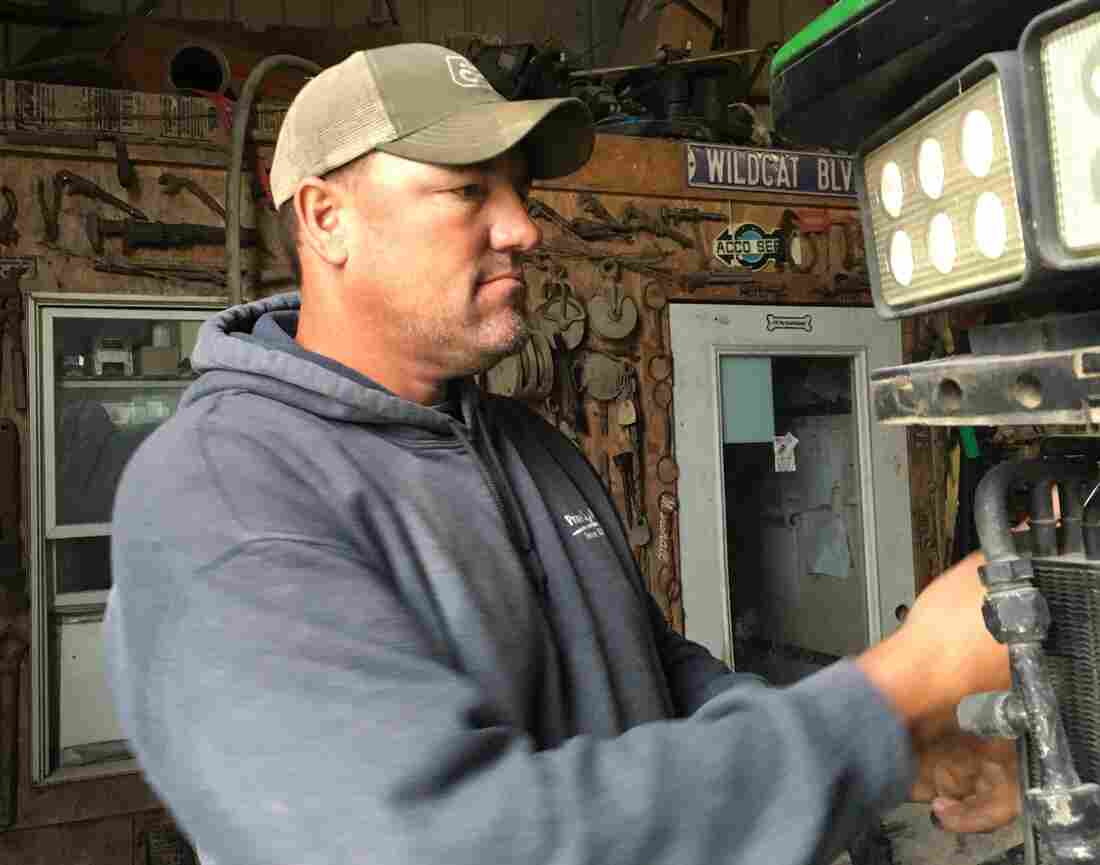 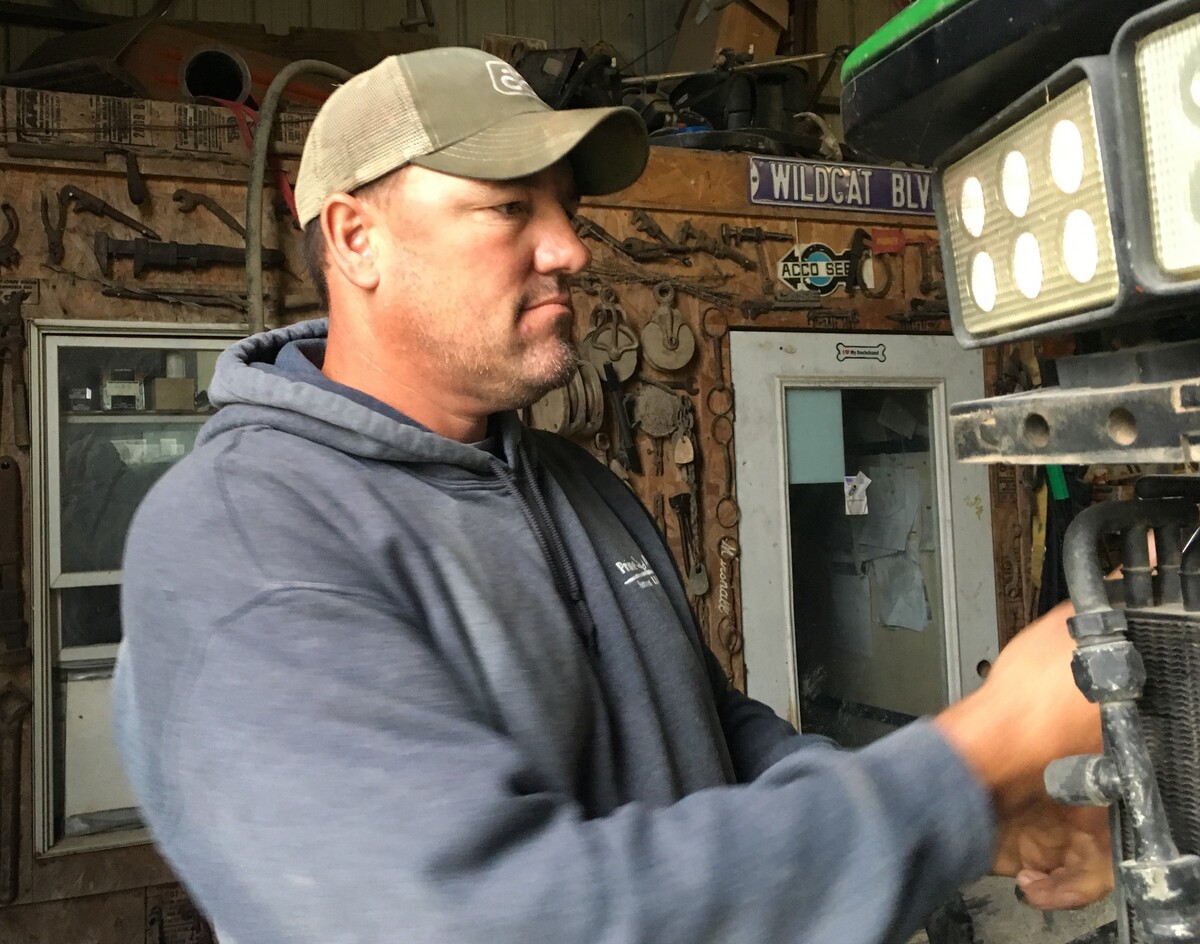 Luke Ulrich repairs a tractor on his farm near Baldwin City, Kan.

Pat Westhoff, who directs the Food and Agricultural Policy Research Institute at the University of Missouri, says farm bankruptcies are up sharply this year, and that trade aid payments are crucial.

"Every dollar counts right now, so it's a difference between profit and loss for many producers," Westhoff says.

So, the president has mitigated some of the problems he's caused farmers. Sara Wyant, president of Agri-Pulse Communications who's been polling farmers on Trump for years, says they've stood by him through it all.

"That is not going to hold forever," warns Wyant, "...when some of them start to face, well, either it's Trump or going out of business, they're not going to be still voting for Trump."

But many farmers are keeping their hopes up. That's what they tell Jim Mintert, director of the Center for Commercial Agriculture at Purdue University. Mintert says solidly two-thirds of the 400 farmers he polls each month look for a happy ending to the trade wars.

"I wouldn't say that we've seen any evidence of people becoming, less supportive of the administration's trade policy," Mintert says. "That's not to say farmers aren't concerned. They are very definitely concerned."

Trump's tried to ease those concerns. He's promised progress on trade, pledged to force oil companies to use billions of gallons more ethanol.

And then there's the $28 billion in market facilitation payments over and above other farm subsidies and disaster assistance.

John Herath, the news director at Farm Journal, polls more than a thousand farmers monthly. He says Trump's popularity slumped a bit in the summer, but bounced back, to 76% favorable, the week the House launched its impeachment inquiry.

"You see everyone circling their wagons now and the farm community is no different in that," Herath says.

And politics are deeply personal these days, according to Chris Larimer, a political science professor at the University of Northern Iowa. Larimer says farmers are having to square their economic differences with Trump, with their partisan allegiance to him.

"These partisan identities are hardening," Larimer says. "So, you kind of have forces pushing in both ways. And it's sort of this ongoing experiment to see which one breaks first."

For now, political ideology seems to be winning. While there's a lot of grumbling about Trump among farmers, neither the trade wars nor the impeachment investigations seem to be driving them away from him, yet.