Accessibility links
America Will Import More Sugar This Year Than It Has In 4 Decades : The Salt America's supply of sugar is shrinking because of a poor sugar beet harvest in the northern Midwest. As a result, the U.S. will import more sugar this fiscal year than it has in almost 40 years. 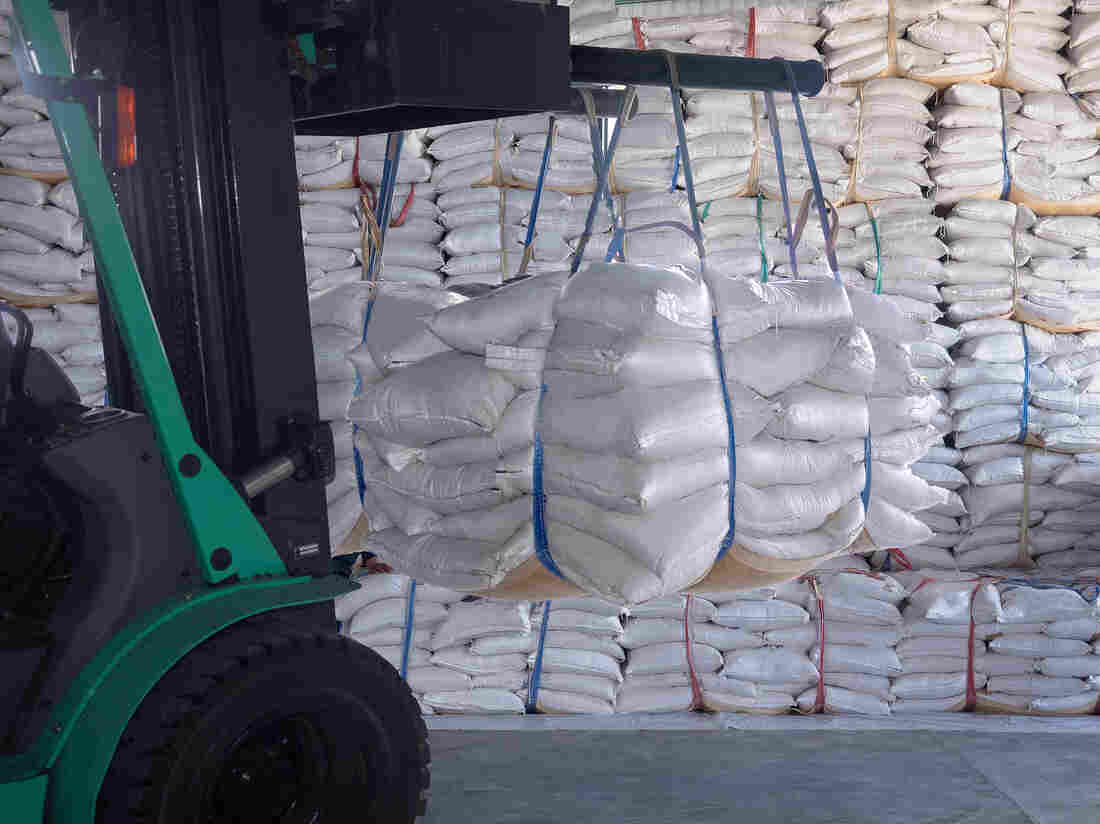 America's supply of sugar is shrinking because of a poor sugar beet harvest in the northern Midwest. As a result, the U.S. will import more sugar this year than it has in almost 40 years. Amarin Jitnathum/EyeEm/Getty Images hide caption 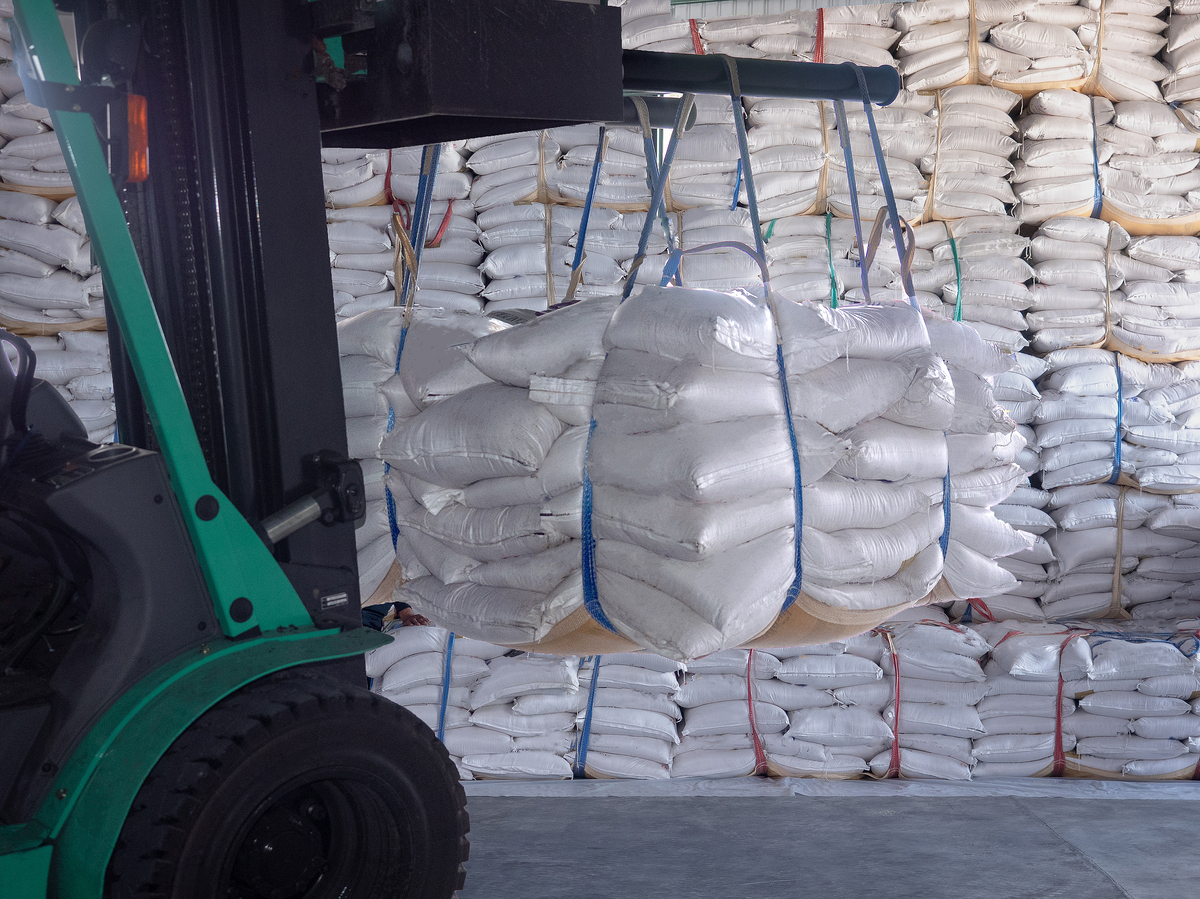 America's supply of sugar is shrinking because of a poor sugar beet harvest in the northern Midwest. As a result, the U.S. will import more sugar this year than it has in almost 40 years.

For Dan Younggren, who grows sugar beets in the northwest corner of Minnesota, 2019 was a year of plagues.

First came the water. "Ten inches, up to almost 20 inches of rain," Younggren says. The fields in his region were so wet that farmers couldn't work in them.

"After that came the snowstorm, barreling up off the West Coast," he says, followed by a blast of freezing cold. Farmers in his beet-growing cooperative, the Red River Valley Sugarbeet Growers Association, abandoned more than 100,000 acres of beets, and Younggren is now playing counselor to younger farmers, telling them not to lose hope or blame themselves. "You did nothing wrong," he tells them. "You put the seed in the ground and you matured it ... and somebody else decided that you're not going to be able to harvest it."

About half the United States' sugar normally comes from beets. According to statistics from the U.S. Department of Agriculture, the beet harvest was down about 10% this year. The effects are now rippling through America's food industry. Last month, two big sugar producers announced that they won't be able to deliver all the sugar they'd promised to candy-makers and bakers, including Tippin's, a pie-maker in Kansas City, Kan.

"Our director of procurement called and said, 'Hey, just wanted to let you know, we got a force majeure on sugar,' " says Mark Boyer, the pie company's president.

Force majeure is a legal term that companies invoke when they cannot honor a contract due to circumstances beyond their control. Tippin's will have to find sugar somewhere else. Supplies are limited, though. Last month, the Agriculture Department projected that the country's sugar stockpile could shrink to its lowest level in at least two decades.

But Boyer remains calm. "We're not freaking out about that just yet," he says.

He knows that there's a relatively simple solution.

"There's plenty of sugar out there," he says. It's outside the United States in places such as Brazil and Mexico and Thailand. The U.S. government just has to agree to let him buy it.

Because sugar is different from most other foods. For the past 40 years, the U.S. government has been managing the sugar supply, varying the amount of foreign sugar that's allowed into the country year by year. It blocks the rest of the world's sugar with high tariffs. Limiting the supply keeps sugar prices higher and more stable than they'd be otherwise, which helps keep America's sugar farmers in business. It also means that Americans pay a little more for their pies and candy than they would otherwise. (This is why many candy-makers and bakers want these import restrictions loosened.)

This year, the government will have to open the spigot and let more foreign sugar into the United States.

In fact, it will be a lot more. In a new report, economists at the Agriculture Department estimate that it will take 3.86 million tons of imported sugar to satisfy the domestic demand for sugar during the current fiscal year, which began in October and runs through September, 2020. Most of the sugar will come from Mexico, because trade agreements give Mexico first dibs on the American market.

The U.S. hasn't imported so much sugar since 1981, back when Americans consumed more sugar and less high-fructose corn syrup.

Frank Jenkins, president of JSG Commodities, who follows sugar markets closely, says this switch to imported sugar will be more complicated than it seems at first. "What we're trying to replace is refined beet sugar, all in the middle of the country. Minnesota, North Dakota, Colorado, Montana — those states are where we lost all the production," he says.

The sugar that's replacing it is raw product from sugar cane. It will have to be processed at a handful of refineries in coastal locations such as Savannah, Ga., Baltimore and New York City. Those factories don't usually have to handle so much sugar. "The cane-refining industry in the United States is going to have to increase its capacity utilization dramatically in the course of the coming year to unprecedented levels," Jenkins says.

The refiners won't expand their facilities, he says. They'll just have to run their equipment all-out, continuously, and hope it doesn't break. Then they'll have to line up trucks to carry all that sugar across the country.

Food companies already are paying more for it, Jenkins says. But there will be sugar to buy.