Accessibility links
Memphis Meats Raises $161 Million To Bring Cell-Based Meat To Consumers : The Salt Memphis Meats, a startup company that has just raised $161 million, says it has a "clear path" to bringing cell-based meats to market. Yet the company and its competitors face challenges. 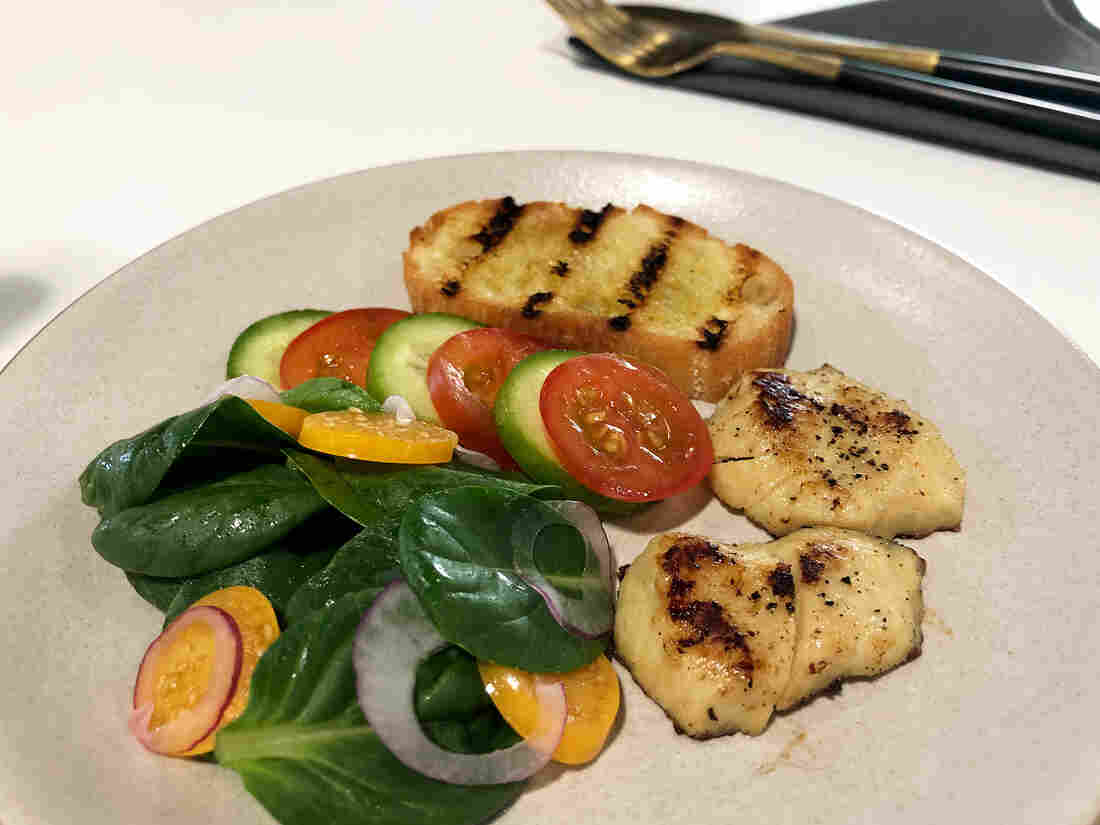 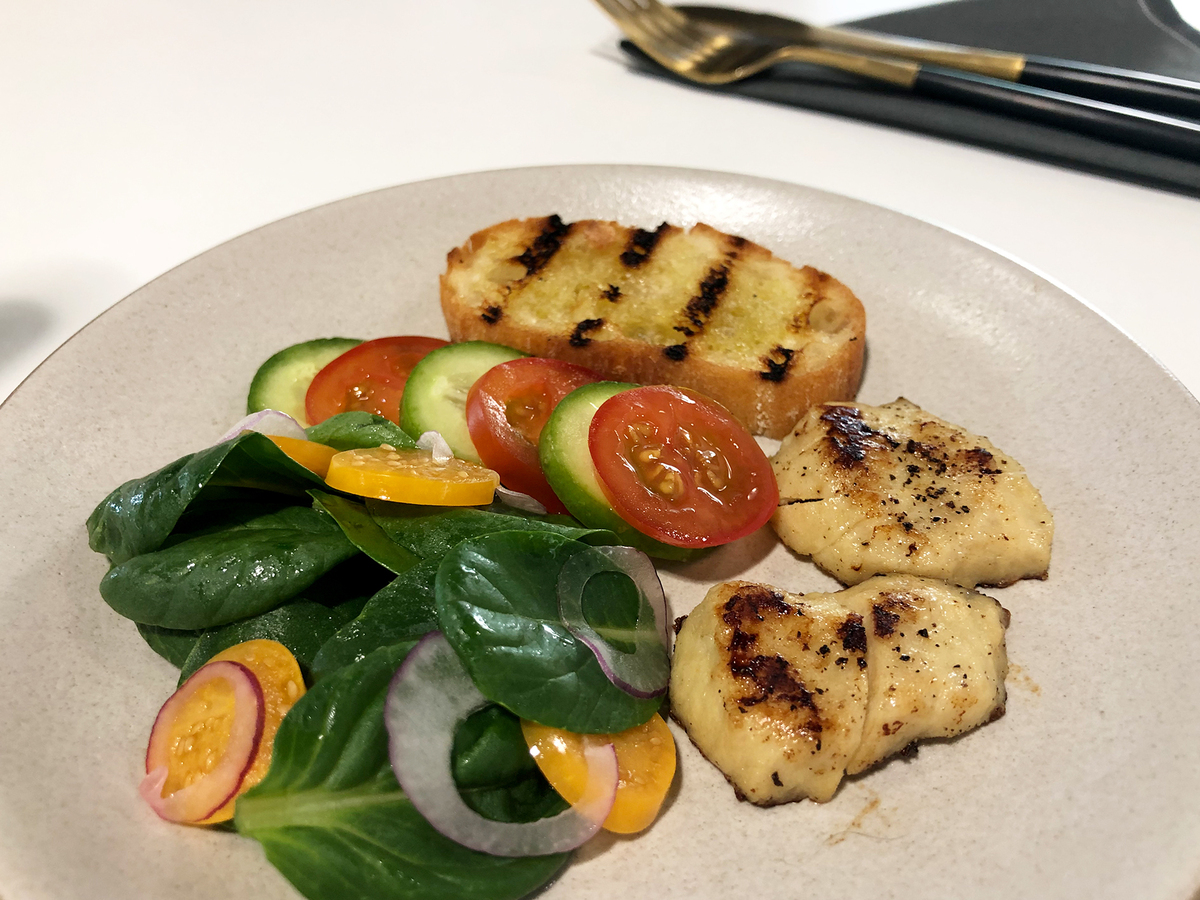 This chicken from Memphis Meats was produced with cells taken from an animal and grown into meat in a "cultivator." The process is analogous to how yeast is grown in breweries to produce beer.

The company plans to build a pilot production facility with funds raised from high-profile investors including Bill Gates, Richard Branson and Kimbal Musk, as well as two giant players in the animal protein and feed space, Cargill and Tyson Foods. The company says its latest funding round has brought in $161 million in new investment.

"People thought this was all science fiction" when the company was founded back in 2015, Uma Valeti, the co-founder and CEO of Memphis Meats, told NPR in an interview at the company's headquarters. "Everything that we've done at Memphis Meats [has] started to show that this can be done," Valeti said. "This is real."

Interest in cell-based meat production and other meat alternatives has increased amid growing awareness of the environmental impact of traditional livestock agriculture.

Valeti and his team walked us through the process of producing cell-based meat. It starts with the selection of specific types of animal cells that can grow to become meat. Next, the cells are fed and put in a "cultivator" — similar to a fermenting tank — where they can grow and form muscle and connective tissue. The process is analogous to the way breweries grow yeast cells to produce beer. Only here, they're growing animal cells. 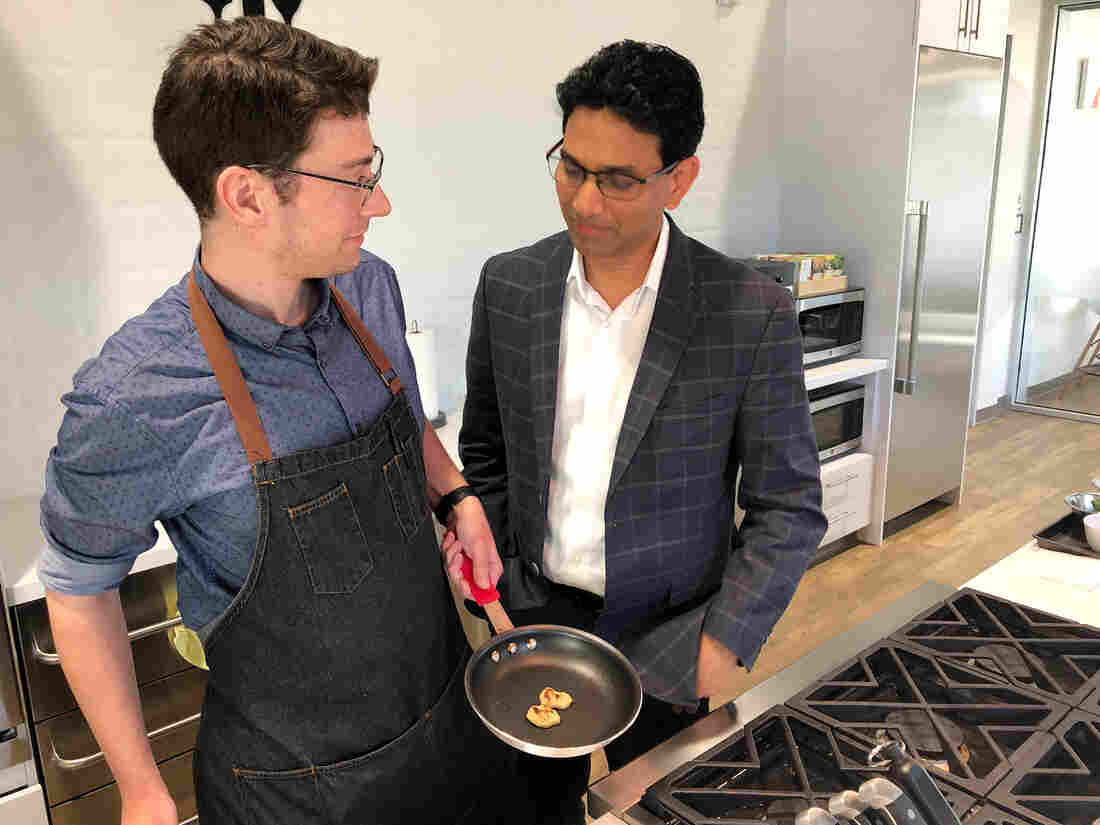 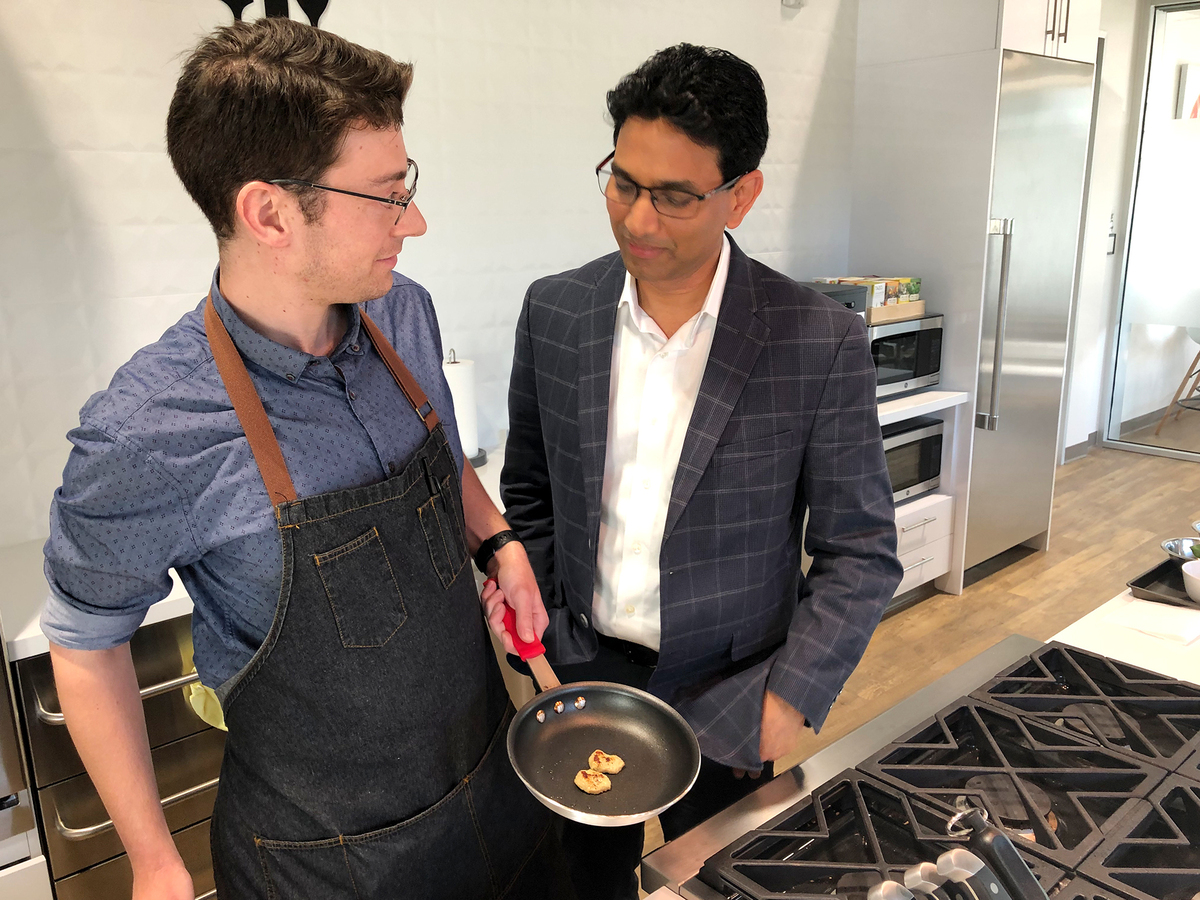 Memphis Meats CEO Uma Valeti (right) stands with Morgan Rease, the company's formulations scientist, while they cook up a sample of cell-based chicken.

I got the chance to sample Memphis Meats' chicken, which was pan-sautéed with some oil and served with greens. It tasted pretty close to chicken breast produced the traditional way — but without as much textural variation among bits of muscle, fat and connective tissue. The pilot production facility, which is expected to be built in the next 18 to 24 months, will allow the company to scale up and experiment with its meat products, which also include duck and beef.

But Memphis Meats and its competitors face quite a few hurdles in bringing cell-based meats to market. For starters, the cost of production needs to come down. Back in 2018, Wired reported that a pound of Memphis Meats takes $2,400 to produce, in part because of the expensive growth mediums — or feed — needed to culture cells.

"Our costs have continued to come down significantly over the last three years," Valeti told us in an email Wednesday. "We have a clear path to bringing a cost competitive product to market as we scale our production and that's part of what our latest funding round will help us to unlock," Valeti said. He said the company will continue to work on developing low-cost feed for the cells, which is one significant piece of the puzzle.

Decisions over how best to label, regulate and inspect cell-based meats are another challenge. In late 2018, the U.S. Department of Agriculture and the U.S. Food and Drug Administration announced that the two agencies would share regulatory oversight, but there are still many issues to resolve.

"The agencies have outlined a path to market, Valeti said, "and we will continue providing them with the information they need to fill in the details."

Memphis Meats has plenty of competitors in the space, and some of them are seeking regulatory approval outside the United States. As of last year, there were 27 cell-based meat and seafood companies around the world, according to the Good Food Institute. These include Just Foods, which is developing wagyu beef using cells from prized cows. In addition, several companies are aiming to produce cell-based fish products.