Accessibility links
An Airbnb For Farmland Hits A Snag, As Farmers Raise Data Privacy Concerns : The Salt The Internet startup Tillable wants to match farmers with farmland available for rent. The problem? Farmers already on that land fear their farm data is being used against them. 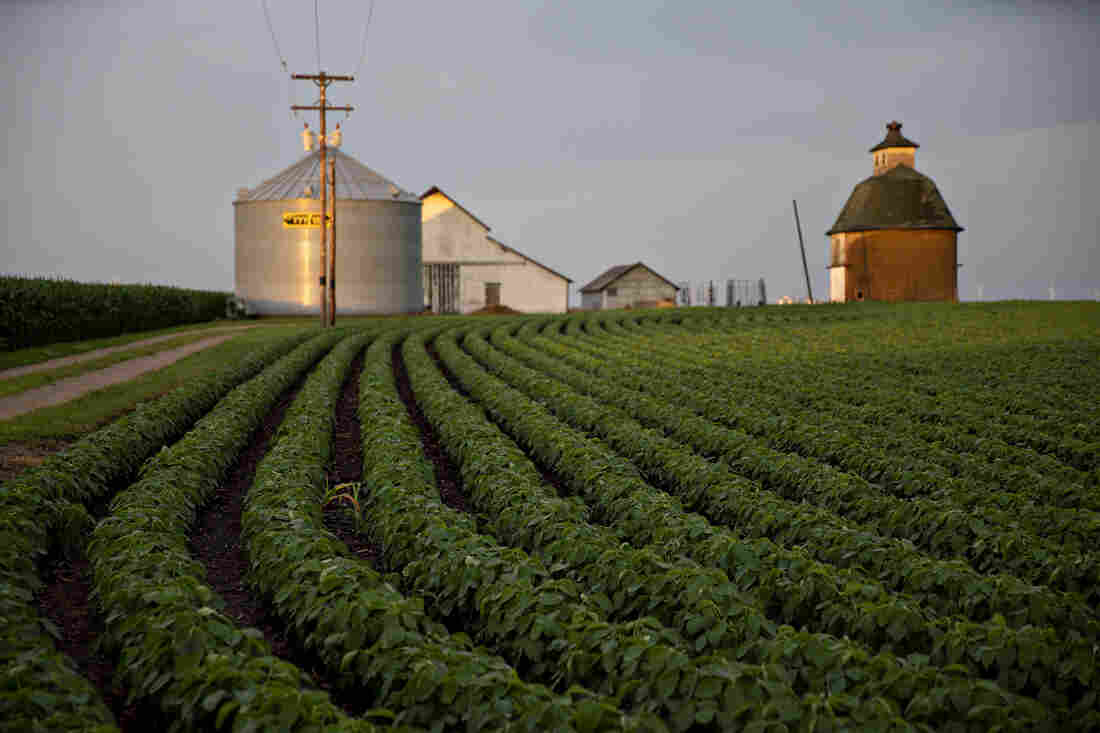 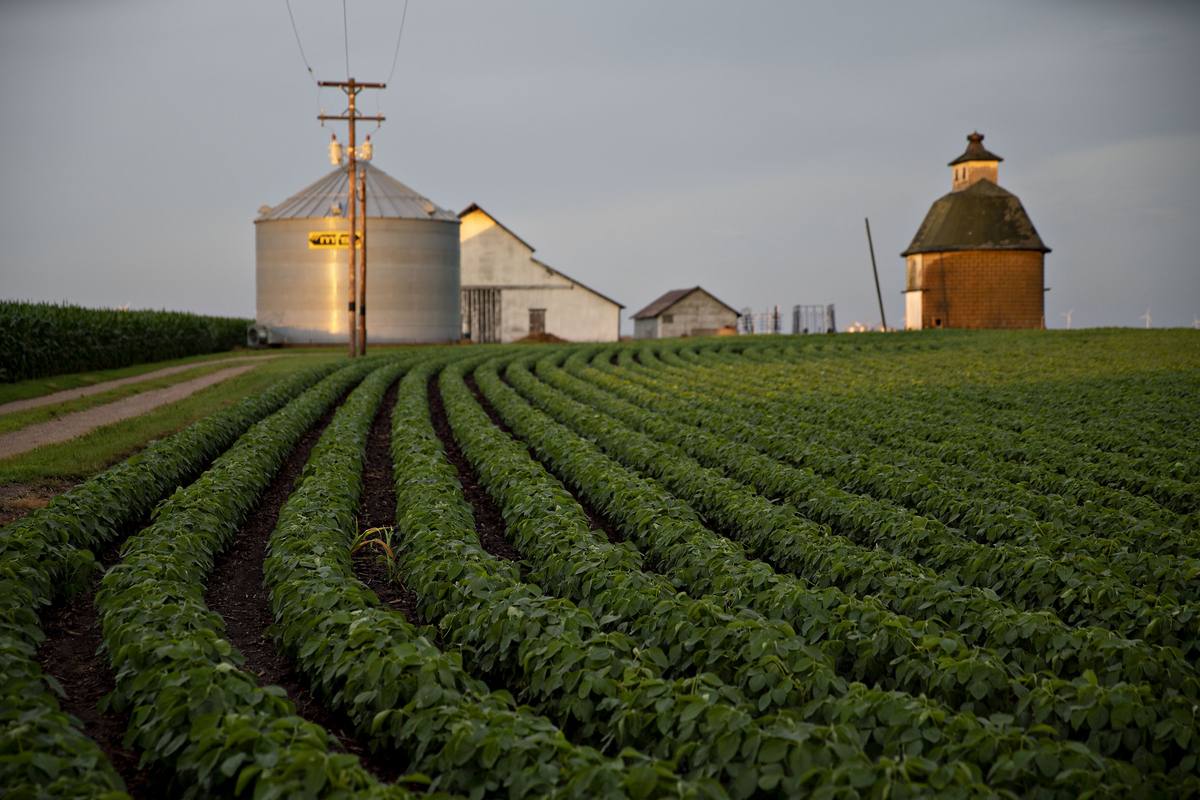 Soybean plants grow in a field near Tiskilwa, Ill.

Parker Smith grows corn and soybeans on land near Champaign, Ill., together with his father and uncle. But Smith Farms doesn't own most of the land it uses. "About 75 percent of what we farm is rented ground," he says.

This is common. Across the Midwest, about half of all the farmland is owned by landlords who live somewhere else. Farmers compete to rent that land. "There's only so much ground, and most of the farmers out there want more, so obviously it gets pretty competitive," Smith says.

These farmer-landowner relationships can last for decades. They sometimes feel personal. So Smith was pretty upset when he heard that a company had sent letters to his landlords a few months ago, offering cash up front to rent the land that he's been farming.

The letters came from a company called Tillable, based in Chicago. It's backed by venture capital.

Corbett Kull, Tillable's CEO, says that his company sent out thousands of these letters to landowners. "A lot" of them took the offer, he says. His company will take that land and list it on its website as available to rent. It'll take bids from farmers and then sublet it.

American farmers spend about $32 billion each year to rent land, and Kull thinks Tillable could be farmland's AirBnB or Zillow. "This is one of the beauties of digital marketplaces, where you can bring two parties together that otherwise might never meet," he says.

Those letters to landowners, though, got a lot of farmers very angry. "They're reaching out to our landlords, that we have relationships with, to sort of go behind the farmer's back" and break up those relationships, Smith says.

Smith admits that this kind of thing does happen among farmers competing for land. But another factor played a big role in farmers' reaction. It's an unproven, very Internet-era suspicion about data and privacy.

Parker Smith, like a lot of farmers, uses equipment that automatically collects all kinds of data about his operations — like how much fertilizer he applies and how much grain he harvests from each small piece of each field. He pays a company called the Climate Corporation to manage that data and help him understand it.

Last fall, though, the Climate Corporation and Tillable announced a partnership. And after Smith learned about Tillable's letters to landowners, Smith had to wonder: Did Tillable target specific landlords because it got access to data about how productive and profitable their land is?

If someone had his data, Smith says, "they would know yields; they'd be able to roughly figure out how much money a guy was making."

Just over a week ago, Tillable, the company that's trying to use the Internet to disrupt farming, was itself disrupted by farmers on the Internet. Farmers on Twitter started sharing suspicions about the Tillable-Climate Corporation partnership. They accused the two companies of trafficking in farmer data.

Corbett Kull denies this. The accusations "were absolutely false," he says. "We had never accessed the data from Climate [Corporation]."

Yet the storm on social media forced the two companies to announce that they were cancelling their partnership.

Kull says this is not a major blow to Tillable's plans to expand. But the controversy could have one lasting effect. Parker Smith says that he never worried about his farm data before, and who might be able to to see it. Now, he and a lot of other farmers probably will.