Accessibility links
Why Taller Grass Can Be Bad News For Grasshoppers : The Salt Grass on the prairie is growing taller because there's now more carbon dioxide in the air. Paradoxically, though, this might be hurting wildlife, because the grass is less nutritious. 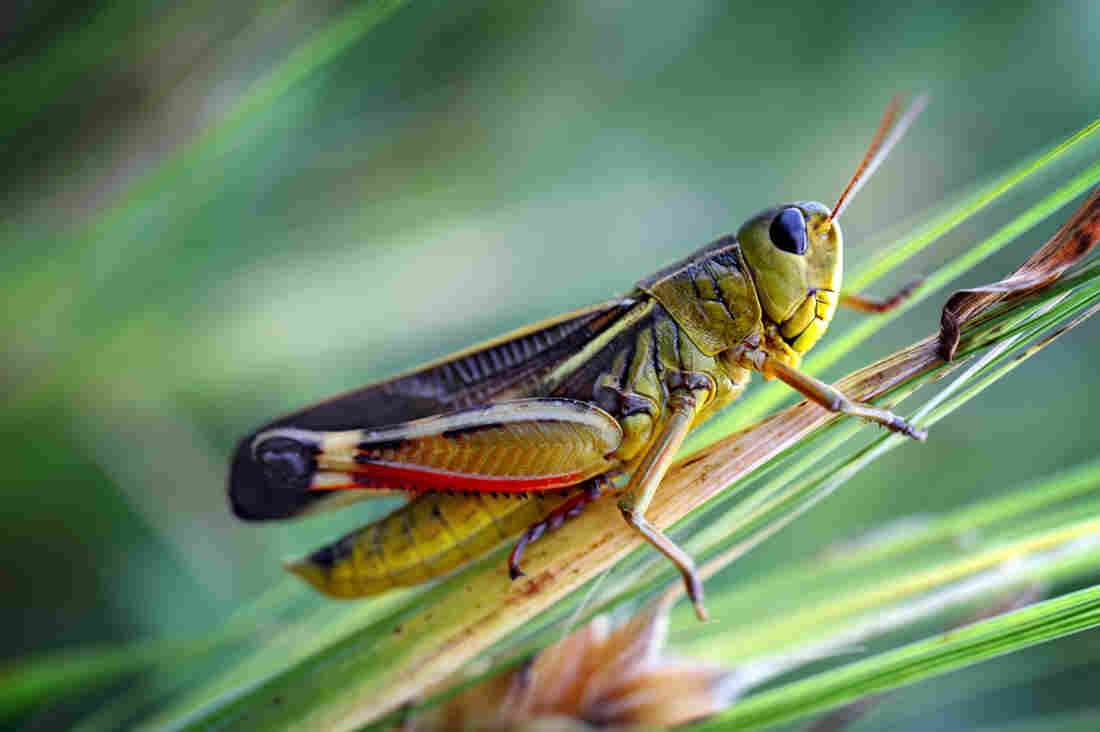 Nutrient-deficient grass could be leading to a decline in the number of grasshoppers, according to a new study. Savushkin/Getty Images hide caption 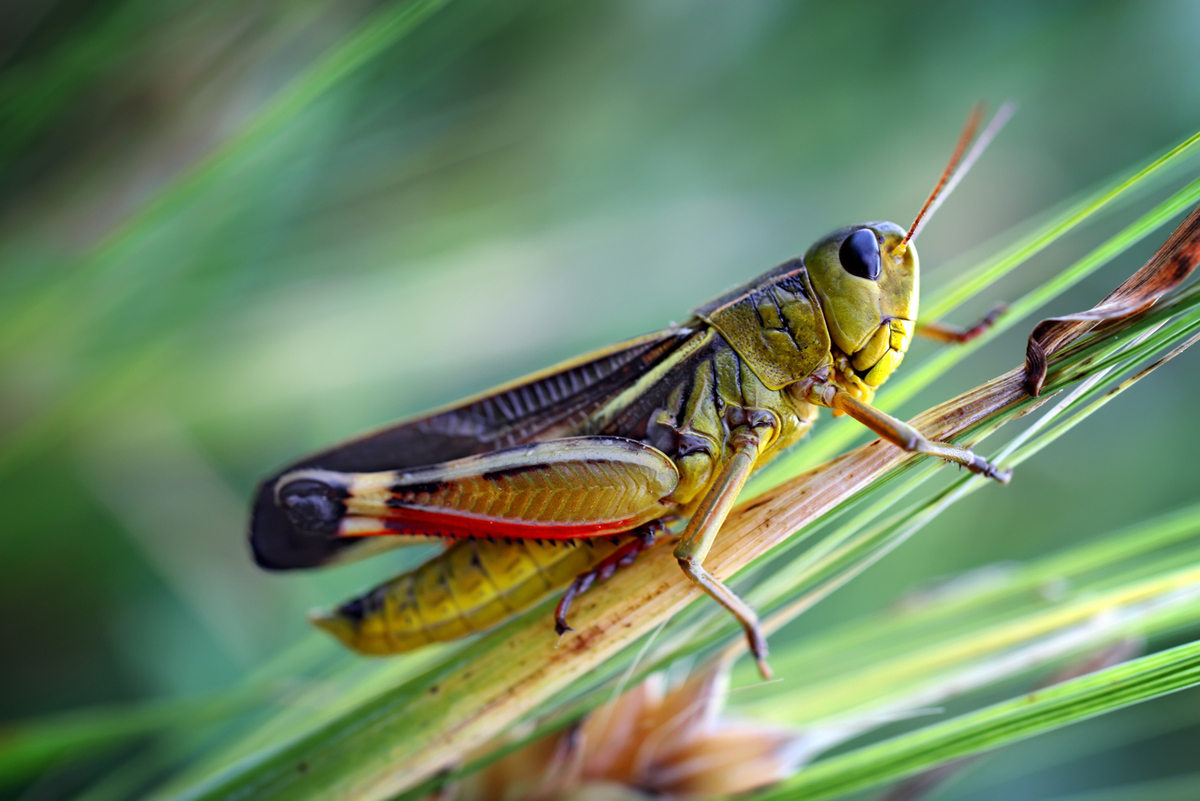 Nutrient-deficient grass could be leading to a decline in the number of grasshoppers, according to a new study.

In northeastern Kansas, there's an open-air ecological laboratory called Konza Prairie. Scientists like Ellen Welti go there to study plants, insects, and big animals. "In the spring it has a lot of beautiful flowers, it has bison; everybody should go visit and check it out for themselves," says Welti, who is currently a post-doctoral researcher at the University of Oklahoma.

In this landscape, grasshoppers play a crucial role. They eat the grass; birds eat them.

Welti and her colleagues noticed that data collected over the past two decades showed the number of grasshoppers declining. Yet it wasn't for lack of food. The amount of grass on this prairie actually has been increasing, which Welti found "kind of interesting."

The researchers wondered if perhaps the crucial factor wasn't the amount of grass available to eat, but its nutritional content. "Grasshoppers, even compared to other insects, are more sensitive to changes in plant quality," Welti says.

Less Nutritious Grains May Be In Our Future

Fortunately, they could test this hypothesis. Scientists have collected samples of grass that grew at Konza Prairie each year for the past 20 years or so. Those samples were stored in a shed. When the scientists tested them, they found that, indeed, in more recent years the grass contained lower levels of certain key nutrients, including nitrogen (which is a measure of protein levels), phosphorus, and potassium.

Welti and her colleagues think that they know the reason for all this, and it's related to the changing climate. There's more carbon dioxide in the air now, which plants need in order to grow. Also, the climate is warmer. Both things make grass grow faster.

The scientists think that this, in turn, is what led to lower amounts of those crucial nutrients. Scientists have observed this "nutrient dilution" when they've grown plants in the lab with artificially high levels of carbon dioxide.

The declines in nutrient levels in the grass samples at Konza Prairie "are pretty striking," Welti says. "So it seems like a pretty logical explanation for grasshopper declines."

Her team's study was published this week in the journal Proceedings of the National Academy of Sciences.

"It's an interesting paper, for sure," says Spencer Behmer, an entomologist at Texas A&M University who also studies grasshoppers. The new study, he says, shows the value of long-term ecological observations at sites like Konza Prairie, where scientists collected samples of grass over many years without ever knowing what those samples might someday reveal.

These observations could have implications for human nutrition, too, Behmer says. Crops that humans eat also are affected by carbon dioxide levels and climate change — although people have more food options than grasshoppers do.