Accessibility links
Judge Blocks Rule That Would Have Kicked 700,000 People Off SNAP : The Salt The rule, which was to take effect April 1, would have tightened work requirements for some food stamp recipients. But a judge said flexibility in food aid is needed amid a pandemic. 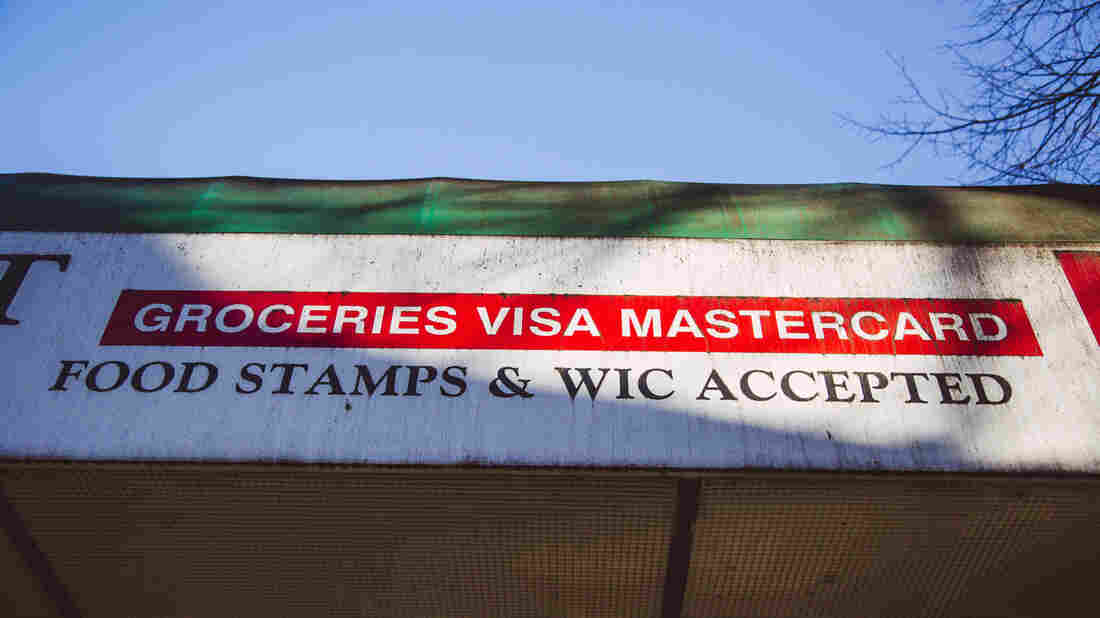 Critics had called on the Department of Agriculture to suspend implementation of the new food stamp restrictions, especially in light of the economic crisis spurred by the coronavirus pandemic. Portland Press Herald via Getty Images hide caption 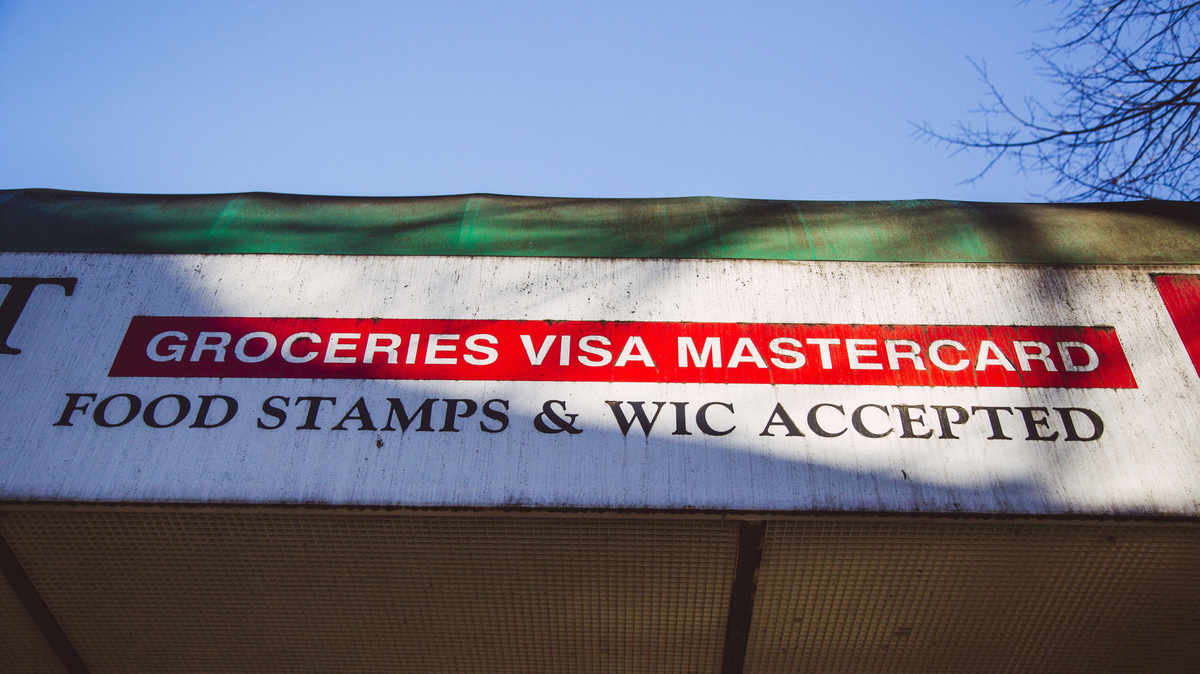 Critics had called on the Department of Agriculture to suspend implementation of the new food stamp restrictions, especially in light of the economic crisis spurred by the coronavirus pandemic.

A federal judge has issued an injunction blocking the Trump administration from adopting a rule change that would force nearly 700,000 Americans off food stamps, officially known as the Supplemental Nutrition Assistance Program, or SNAP. The rule change was set to take effect April 1.

The rule change would have required able-bodied adults without children to work at least 20 hours a week in order to qualify for SNAP benefits past three months. It would also have limited states' usual ability to waive those requirements depending on economic conditions. The preliminary injunction will preserve that flexibility.

The U.S. Department of Agriculture announced it was adopting the rule change in December, but critics have called on the department to suspend implementation, especially in light of the economic crisis spurred by the coronavirus pandemic. Earlier this week, Agriculture Secretary Sonny Perdue said the department planned to move ahead with the rule.

While the rule applies to "able-bodied adults without dependents," anti-hunger advocates note that category can include parents who don't have primary custody of their kids, youths who have recently aged out of foster care and some low-income college students.

In her ruling, Howell cited concerns raised by the spread of coronavirus and its effect on the most vulnerable Americans. "Especially now, as a global pandemic poses widespread health risks, guaranteeing that government officials at both the federal and state levels have flexibility to address the nutritional needs of residents and ensure their well-being through programs like SNAP, is essential," she wrote.

The change to SNAP is now blocked from taking effect pending the outcome of a lawsuit by 19 states plus the District of Columbia and New York City.

"This is a major victory for our country's most vulnerable residents who rely on SNAP to eat," D.C. Attorney General Karl A. Racine, who co-led the coalition behind the lawsuit, said in a statement. "The Trump administration's rule would have forced hundreds of thousands of people who could not find work, including 13,000 District residents, to go hungry. That could have been catastrophic in the midst of our current public health emergency."

"At a time of national crisis, this decision is a win for common sense and basic human decency," New York Attorney General Letitia James, who co-led the coalition with Racine, said in a statement. Her office noted that the change would have denied SNAP benefits to more than 50,000 people in New York City alone.

"As we find ourselves in the midst of a pandemic," James said, "the effects of this rule would be more destructive than ever."