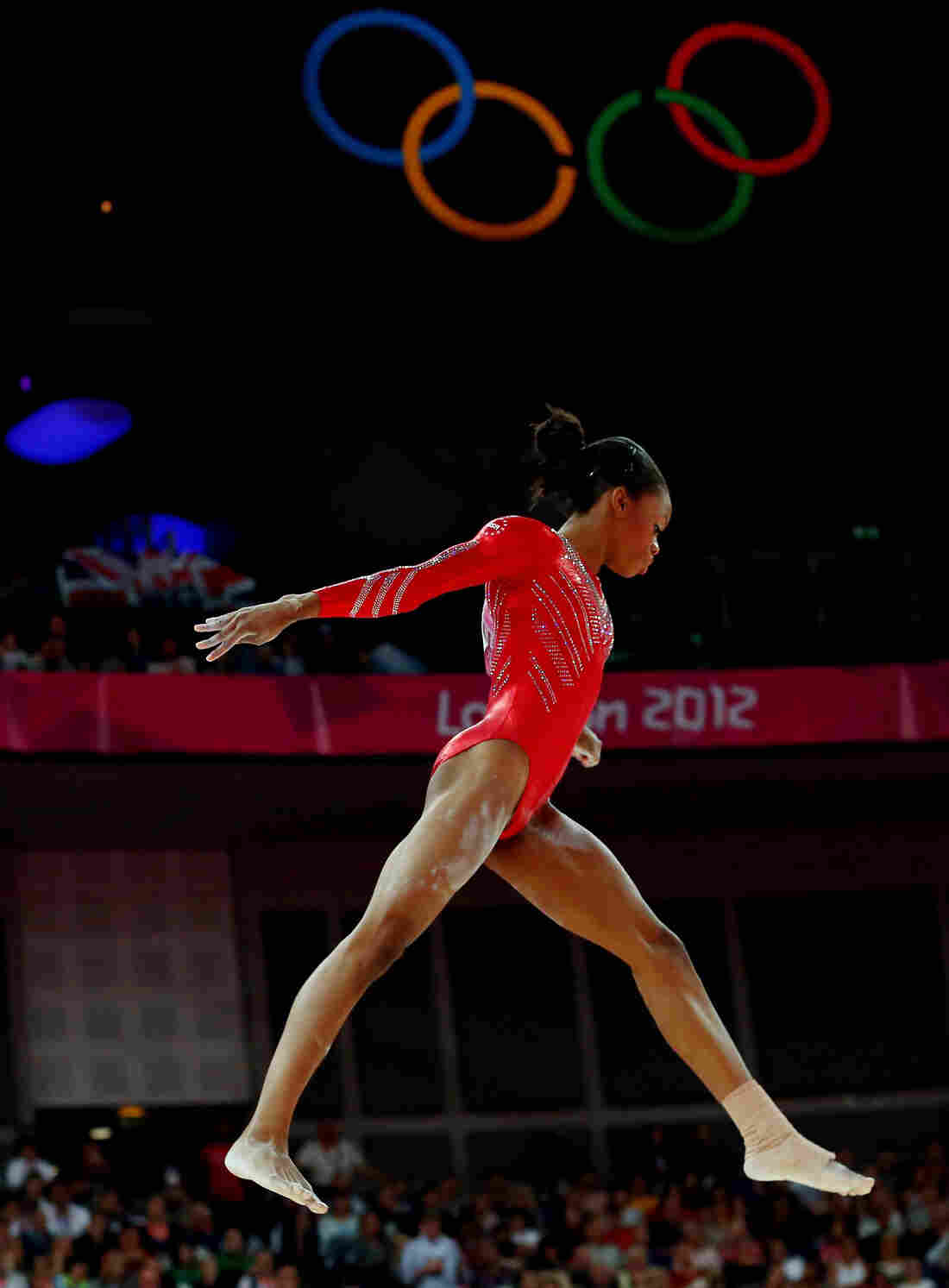 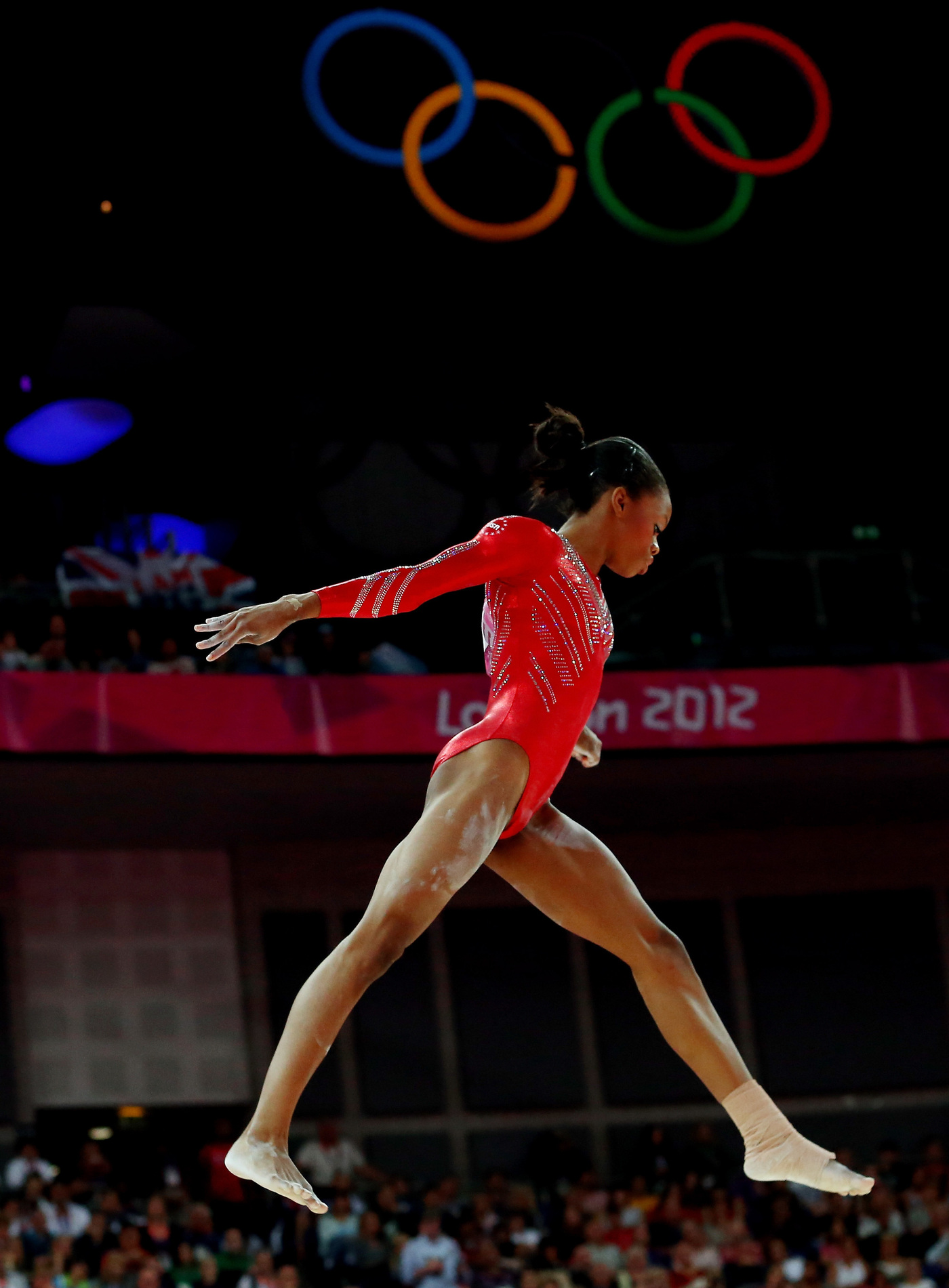 Update at 2:25 p.m. EDT: The U.S. women led off with their strength — the vault. The apparatus gives them an advantage, and not only because Maroney is the world champion and gold-medal favorite in the event.

The AP describes why:

"All of the Americans do Amanars, one of the toughest vaults in the world — a roundoff onto the takeoff board, back handspring onto the table and 2.5 twisting somersaults before landing. It's got a start value — the measure of difficulty — of 6.5, a whopping 0.7 above the vault most other gymnasts do, and they ripped off one massive one after another."

Their performances held up throughout Tuesday's final, with Douglas anchoring the team in all four events.

The Americans won a team gold for the first time since 1996. And they fulfilled the promise seen in them by someone who knows about gold-medal-caliber teams: Bela Karolyi, who coached the 1996 squad.

Karolyi says the Americans have "the deepest team in the world," according to The Detroit Free Press. "I think this is a more even team with their performances," he added. "The 1996 team had ups and downs."

Update at 1:55 p.m. EDT: The American women's performance is winning many fans on Twitter — among them is Dominique Moceanu, a member of the Atlanta 1996 team.

In a tweet naming Wieber and the other team members, Moceanu wrote, "Passing the torch to 2012 Team USA Women!"

The Olympic gold medal is the second in the history of U.S. women's gymnastics. 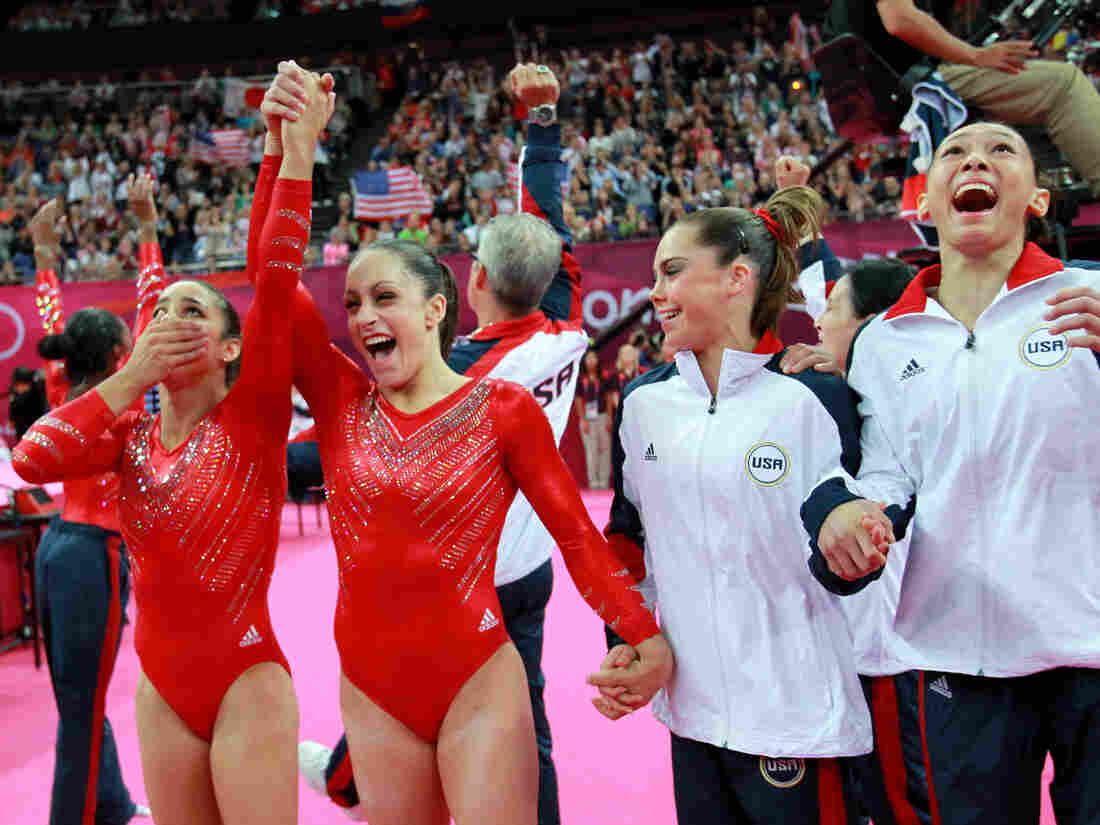 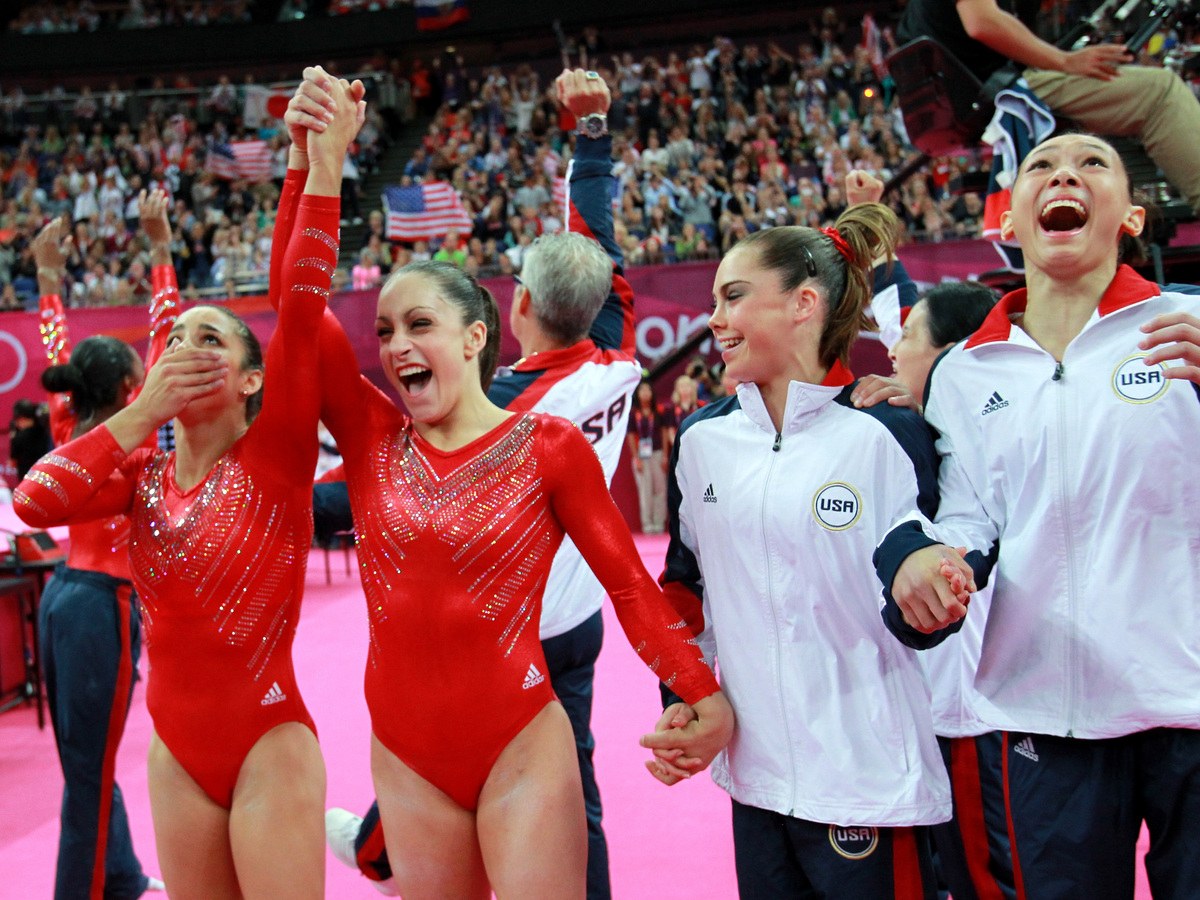 The rest of the final eight: China, Canada, Great Britain, Italy, and Japan, which came in last with a score of 166.646.

Update at 5:43 p.m. EDT: The American team was made up of Gabby Douglas of Virginia Beach, Va.; McKayla Maroney of Long Beach, Calif.; Aly Raisman of Needham, Mass.; Kyla Ross of Aliso Viejo, Calif.; and Jordyn Wieber of DeWitt, Mich.

Here is the lineup they used:

Note we've rewritten the top of this post to reflect the news.