Accessibility links
Reports: Eight Badminton Players Tossed Out Of Olympics : The Torch They're accused of "not using one's best efforts to win a match." The matches drew boos. 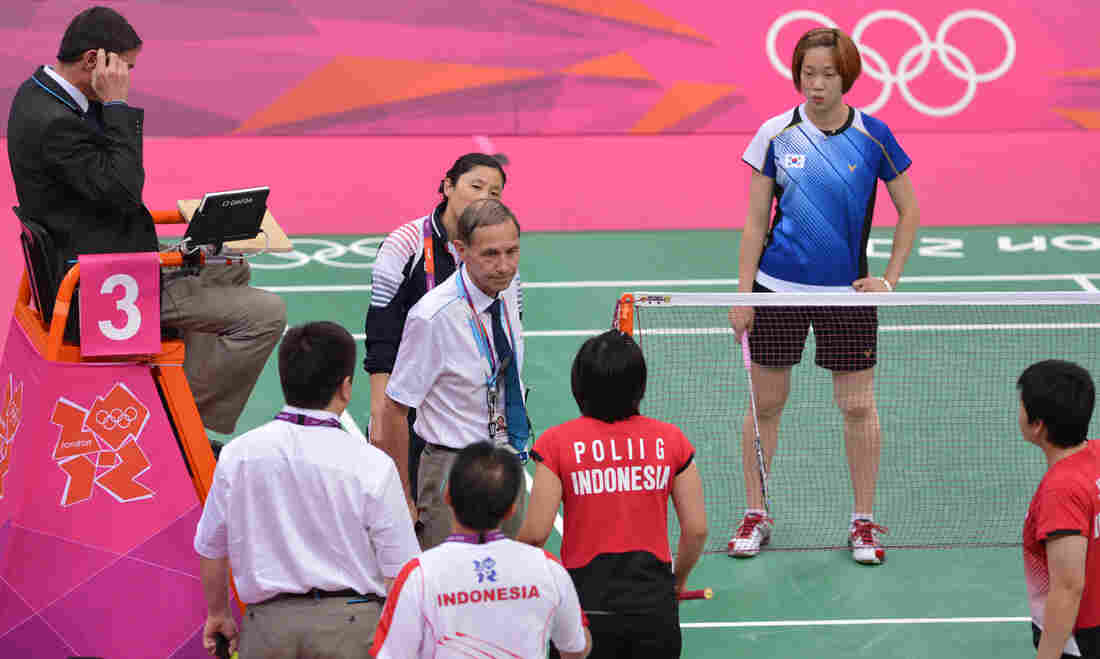 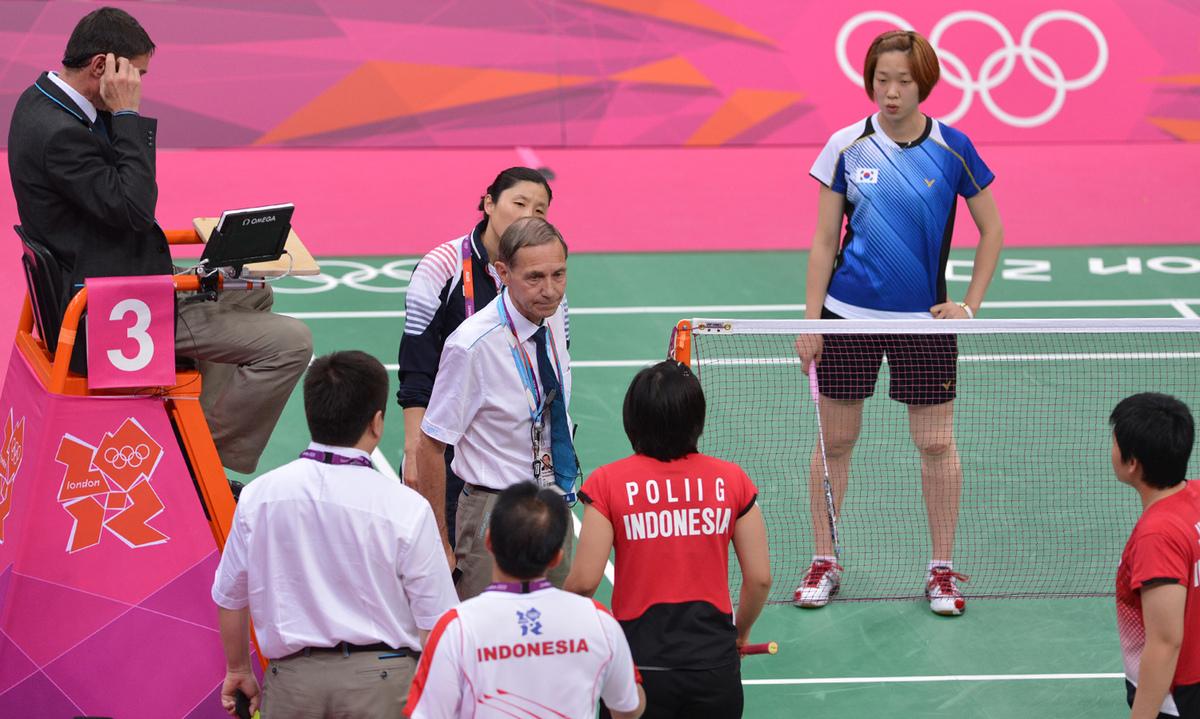 "Eight players from four teams in the women's doubles competition have been thrown out" of the London Olympics for allegedly deliberately trying to lose their matches, The Telegraph is reporting.

The Associated Press has moved this "alert":

And the BBC is saying that:

"The eight Olympic doubles players charged by the Badminton World Federation for 'not using one's best efforts to win a match' have been thrown out of the Games.

You don't expect to see words like "farce" and "scandal" and "chaos" in stories about Olympic Badminton.

But those are the words being used to describe today's women's doubles competition at the London Games.

Two different matches were thrown into chaos after it appeared that some players, who had already qualified for the next round, were trying to lose. The Guardian reports:

"Chinese top seeds Wang Xiaoli and Yu Yang and the South Koreans, Jung Kyung-eun and Kim Ha-na, were booed off after an extraordinary match in which players regularly served into the net or hit wide apparently on purpose.

"Both pairs had already qualified for the last 16 and their actions appeared to be an attempt to manipulate the final standings in Group A.

"The reasons for both pairs wishing to do this were unclear, but by ultimately losing the match, the Chinese now cannot play their compatriots and second seeds Tian Qing and Zhao Yunlei until the final."

Later in the day, the same kind of thing played out when another Korean pair appeared to throw a game against Indonesia. Reuters reports that at one point, a referee brandished a black card, meaning disqualification, but the Indonesians protested and it was rescinded.

Reuters spoke to the head coach of the South Korean delegation, who said his team was simply trying to undo what the Chinese had started earlier and his teams, like the Chinese, did not want to meet their compatriots at the semis.

The BBC reports that the Chinese pair said they were conserving energy for the knockout rounds.

"Paisan Rangsikitpho, a member of the Badminton World Federation's technical committee, said the governing body would 'have a real discussion tonight to see what has happened, but I have to get all the facts'.

"An International Olympic Committee spokesman said: 'The federation has a huge experience in refereeing their sport and we have every confidence that they will deal with the issue appropriately and take any necessary measures.'"

NBC has posted video of the bad badminton here.