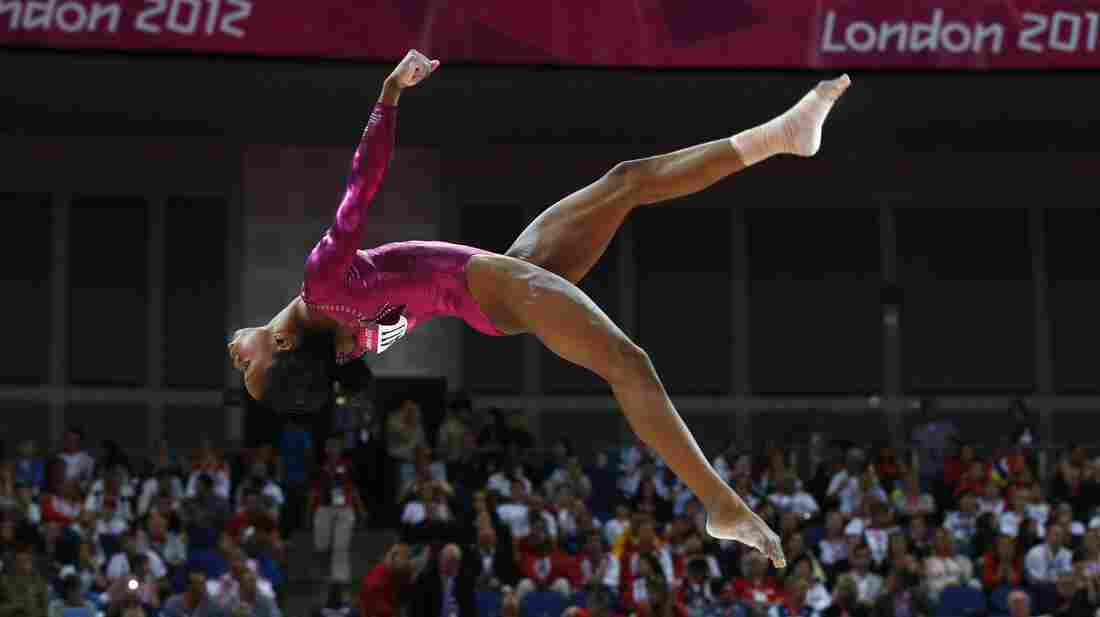 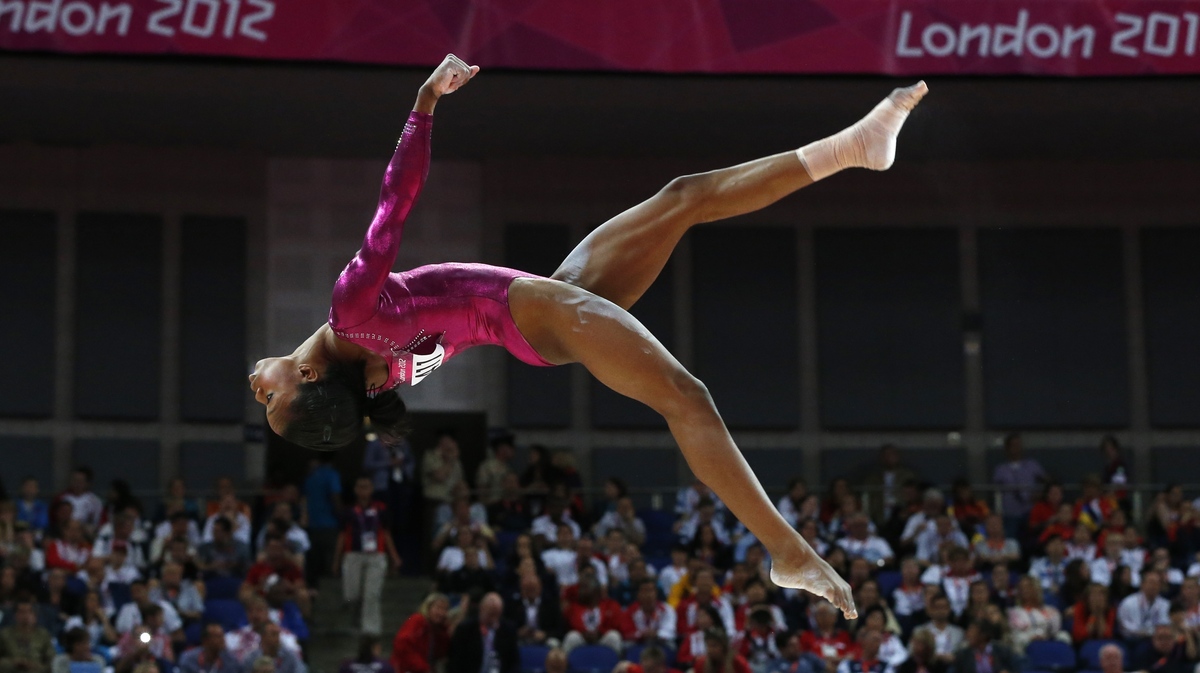 Douglas led the field of 24 gymnasts with 47.199 points as the top-ranked athletes entered the fourth and final rotation, on the floor exercise. Victoria Komova was in the second slot with 46.873 points, followed by her Russian teammate Aliya Mustafina with 44.966.

The rankings didn't change after the floor rotation, with Komova taking the silver medal with 61.973 points, and Mustafina the bronze with 59.566.

Going into the final rotation, American Aly Raisman was in fifth place. After a strong start on the vault, she lost ground on the parallel bars. And in her third rotation, Raisman turned in an uncharacteristically wobbly performance on the balance beam, earning a 14.200 score.

But it all came down to the floor exercise, when Douglas had to answer the strong and artful performance put forth by Mustafina, who scored a 14.600, and Komova, who later followed with a 15.100.

And Douglas did so in style, with energy that had her bouncing around the floor as the crowd clapped along to her music. She twirled and spun into the corners, setting up bursts of tumbling that saw her hit great heights and stick nearly all of her landings. The only close call she faced was a hop that nearly saw her put a foot out of bounds.

But Douglas' final performance won over the crowd — and the judges, who gave her a score of 15.033. With her teammates Kyla Ross, Jordyn Wieber, and McKayla Maroney cheering her on from the stands, Douglas took the gold, and announced herself as America's star gymnast of these Olympics.

Raisman followed with a floor routine that showed she had overcome whatever nerves might have plagued her during the middle two rotations. Showing strength and steadiness, she turned in her best floor performance of the London Games.

Raisman's score of 15.133 brought some vindication, but it wasn't enough to take a spot on the podium, as Victoria Komova, who went last, hit all her marks in her floor exercise. Raisman finished in fourth place. 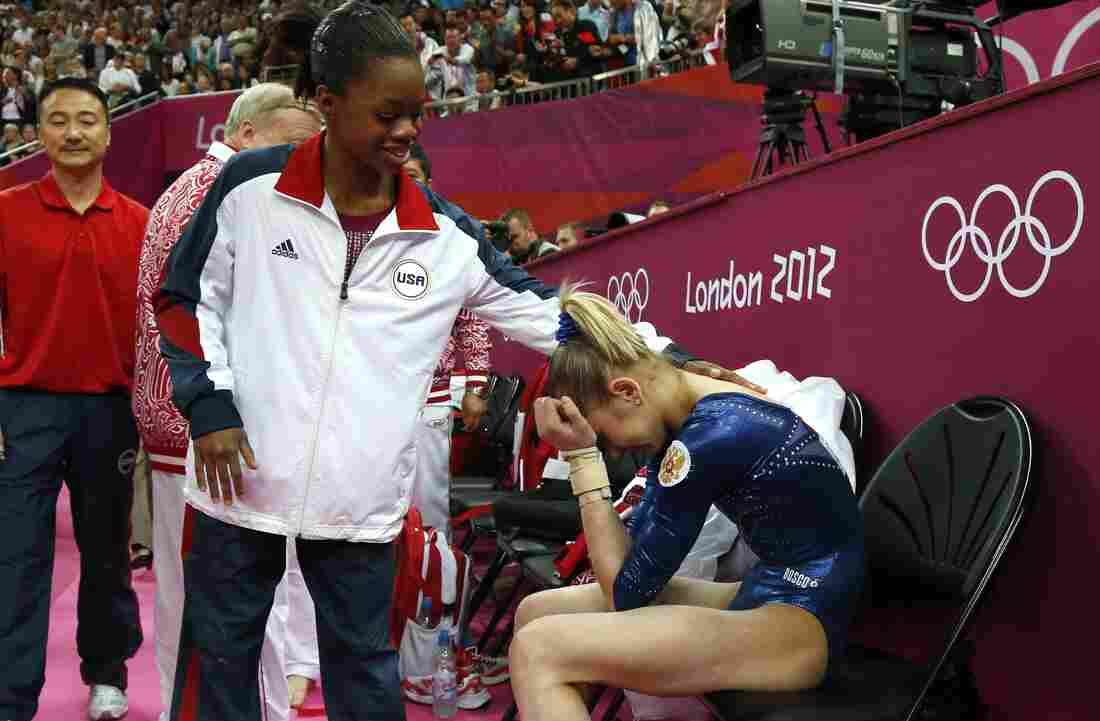 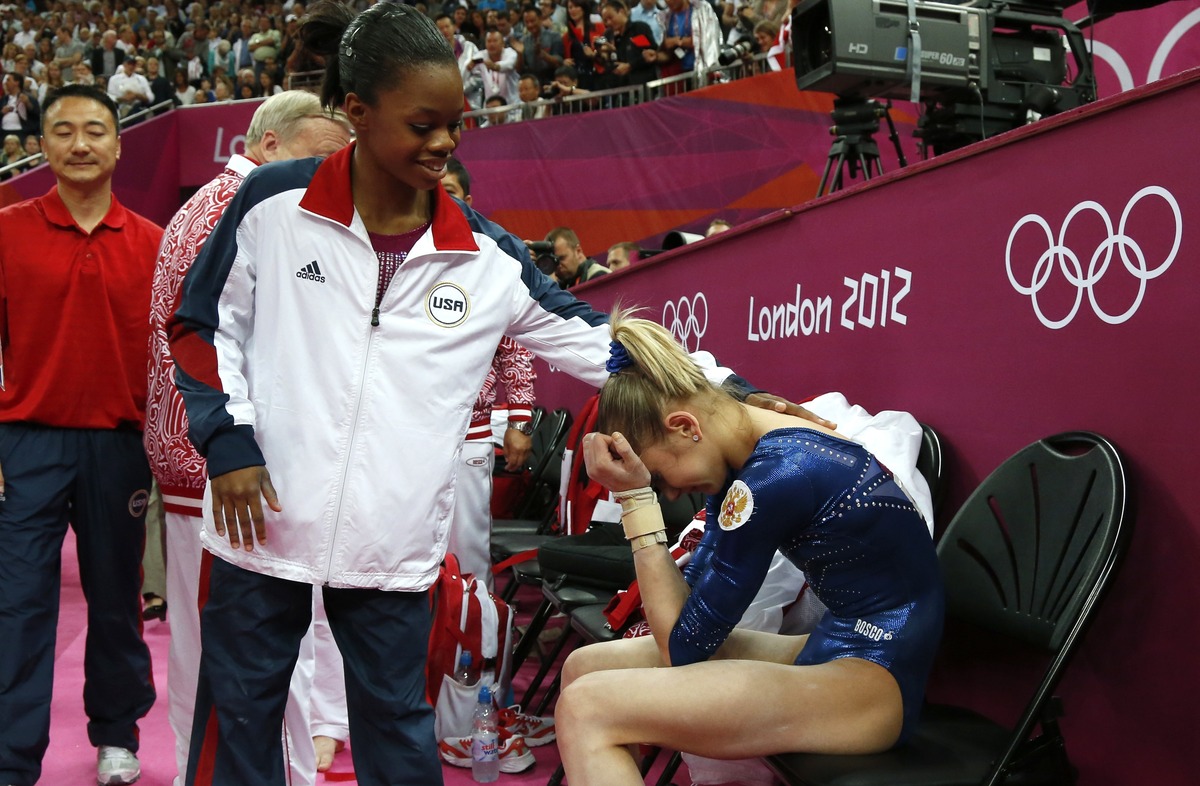 "You just have to not be afraid and go out there and just dominate," Douglas said after winning, according to The Washington Post. "You have to go out there and be a beast. Because if you don't, you're not going to be on the top."

On Twitter, the athlete gave thanks and shared some other news: "Just talked to the President of the United States!!! WOW such and honor and a amazing feeling!! #thankyou."

In an interview with NBC, she acknowledged the hard work that brought her to this moment.

"If you push through the hard days, then you can get through anything," she said.