Accessibility links
If Gabby's Got The Gold, Why Flip Over Her Hair? : The Torch Gabby Douglas, the 16-year-old gymnast, won another gold medal Thursday. But why are some black women obsessed with her hair? Writer Monique Fields urges critics to focus on her strength and poise. 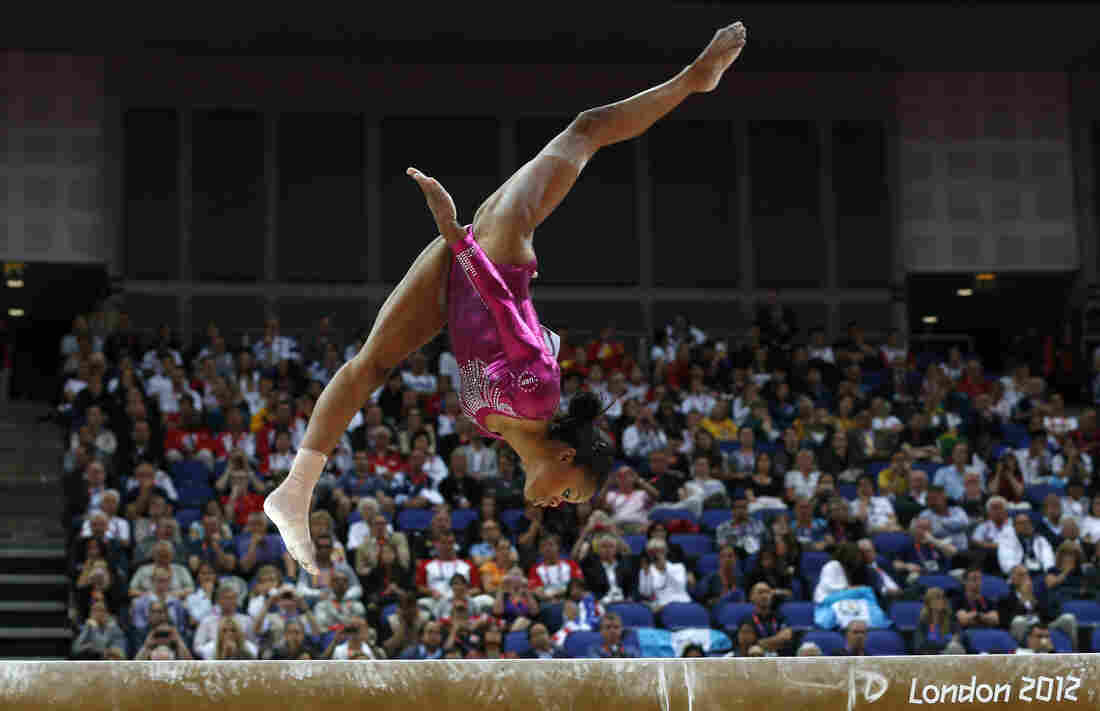 Gabrielle Douglas performs Thursday on the beam during the artistic gymnastics women's individual all-around final. Some people are focusing on her hair rather than her skill. Thomas Coex/AFP/Getty Images hide caption 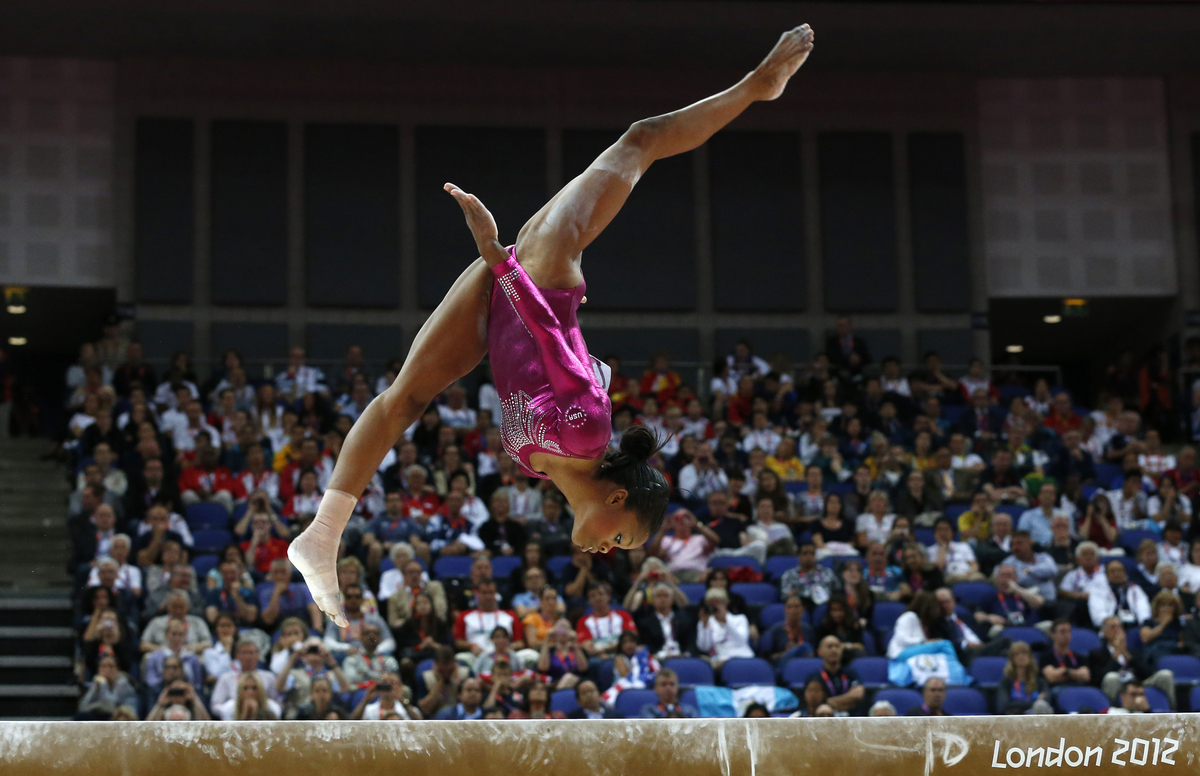 Gabrielle Douglas performs Thursday on the beam during the artistic gymnastics women's individual all-around final. Some people are focusing on her hair rather than her skill.

Gabby Douglas, the 16-year-old gymnast from Virginia Beach, Va., won another gold medal Thursday. The first was won with her team earlier this week. She was the only member of the team to perform in all four rotations. So, why are some black women obsessed with her hair? Writer Monique Fields has this perspective.

Never mind how she flies like a raven on the balance beam. Or flutters across the floor. Or soars on vault. Or swings on the uneven bars.

On Twitter and Facebook, black women shared their disapproval of Douglas' ponytail, the same hairstyle all of her teammates sported. It appeared unkempt to some, didn't have enough gel for others and a few demanded a chance to make over her style.

The criticism started on social media, but hair bloggers and even Jezebel defended the gymnast. This is the Olympics, where world-class athleticism is on display. It is not a hair show.

Make no mistake, though, the matter of hair is as serious to some in the black community as losing a tenth of a point on the balance beam.

What she is is a role model. Douglas has accomplished a feat that is unattainable for most of the population. When viewers are distracted by a trivial matter that doesn't affect a performance, we are teaching our young people that style is more important than substance. Little girls are watching Douglas flipping her way across the floor, noticing that she looks a lot like them, and dreaming of one day following in her footsteps.

I've never met Gabby Douglas, but my best guess is being the best gymnast she can be is more important to her than her hair. We all are more important than our hair, and we need to stop tearing down black women for how we look.

Even though I know the results, like many Americans, I will go home and watch the taped competition. I will relish watching Gabby win another gold. And it is my hope that by the end of the games, viewers will focus on her strength and poise — not her hair.

Monique Fields teaches at the University of Alabama and blogs at Honeysmoke.com.