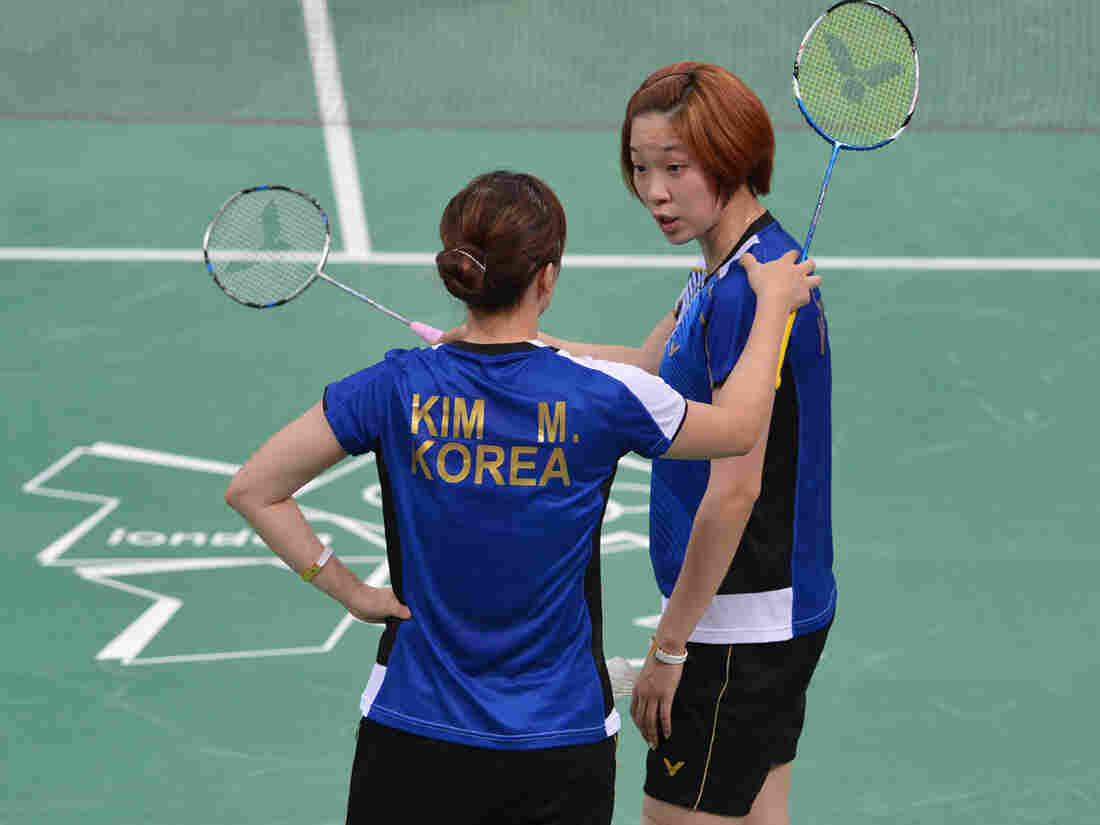 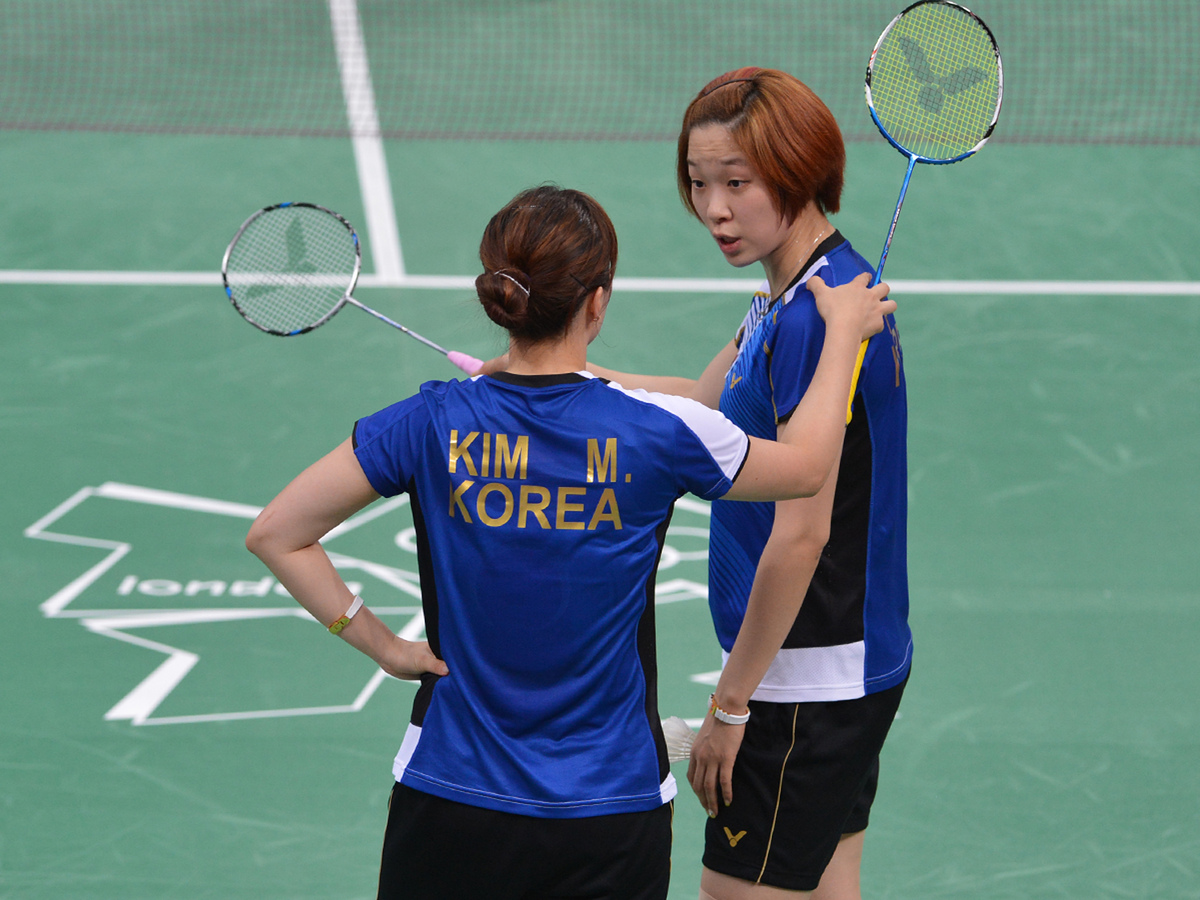 South Korea's Kim Min Jung (left) and Ha Jung Eun were among the players disqualified for not trying hard enough.

On this final day of badminton at the London Olympics, leaders of the Badminton World Federation (BWF) were vague about how they will respond to a match-throwing scandal at the games.

At a news conference at the Wembley Arena in London, BWF president Dr. Kang Young Joon of South Korea said, "We will take appropriate action post the London 2012 Olympic Games to avoid similar incidents in the future."

Dr. Joon added that BWF will "carefully assess ... the present regulations and also look to create increased awareness among players and their entourages about the ethical standards of badminton."

But Dr. Joon and other federation officials were short on details, saying only that the matter will be on the agenda when the BWF executive board meets in November.

A new round-robin format for Olympic competition permits teams to qualify for later rounds while still playing preliminary matches. They can then manipulate the match-ups in later rounds, and avoid undesirable opponents, by intentionally losing remaining preliminary contests.

Within 24 hours, all eight players were disqualified from competition, including Wang Xiaoli and Yu Chang of China, the world champions and gold medal favorites.

That suggests the federation will not continue to investigate allegations that some of the disqualified players were told to throw their matches by coaches or other team officials. Lund said the review to date has not produced any evidence of involvement by coaches or others.

"No federation...can avoid having some incidents," Lund noted, pointing to other scandals involving the International Olympic Committee and other sports federations. "The real problem actually occurs if you cannot deal with it. And I think the [BWF] executive board and the badminton community have actually felt that this has been dealt with swiftly and efficiently."

Dr. Kang said, without intended irony, that "as the London Olympics 2012 have unfolded, badminton fans here and across the world have been treated to an amazing spectacle at Wembley Arena."

After the news conference, the competition continued, with Lin Dan of China beating Lee Chong Wei of Malaysia, 15-21, 21-10, and 21-19. The contest was a rematch of the final in Beijing four years ago, when Lin also won. Lee's silver makes him Malaysia's first multi-medalist in the Olympics.