Accessibility links
Olympic Committee Puts Off Final Decision On Barring Entire Russian Team : The Torch The International Olympic Committee said it would weigh collective punishment versus "the right to individual justice." This comes a day after the World Anti-Doping Agency called for a blanket ban. 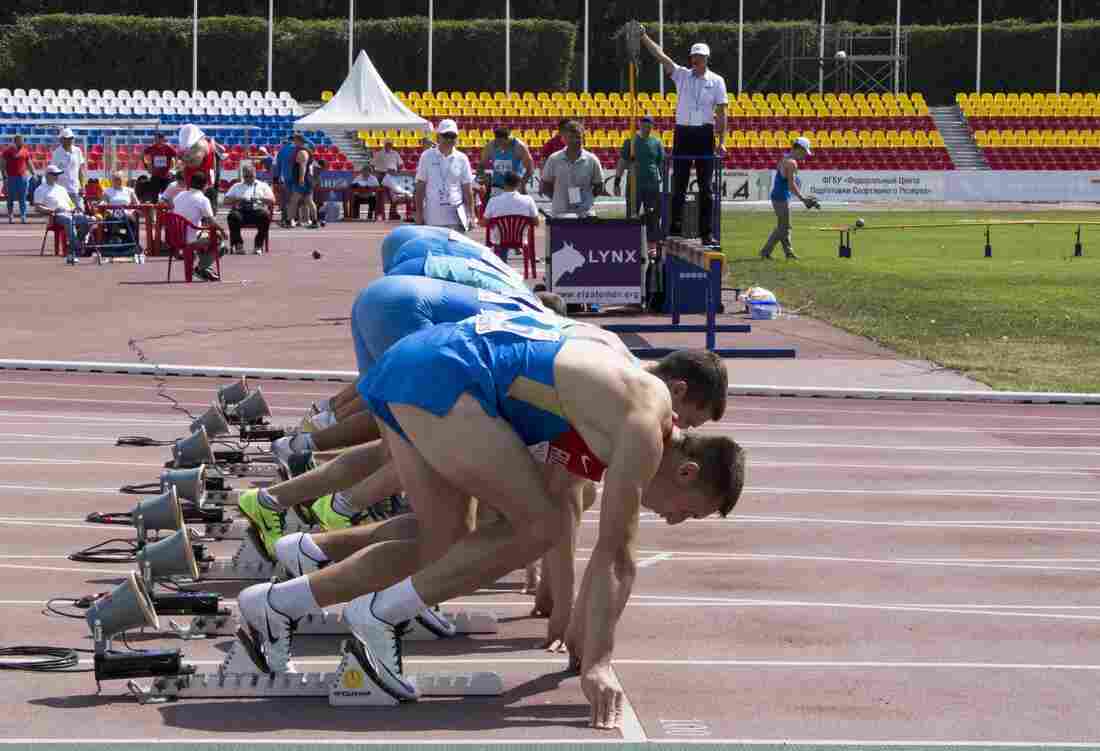 Russian athletes compete at track and field championships in Cheboksary on June 20. The International Olympic Committee has banned Russia's track and field team from the Summer Games for pervasive doping violations. The IOC on Tuesday put off a final decision on whether to bar the entire Russian team from the games that begin in Brazil on Aug. 5. Francesca Ebel/AP hide caption

The International Olympic Committee held an emergency meeting Tuesday but put off a final decision on whether to ban all Russian athletes from the Summer Games that begin in Brazil on Aug. 5.

Though the games are less than three weeks away, the IOC said it would "explore the legal options" and would weigh a collective ban "versus the right to individual justice."

The IOC's Executive Board held the telephone conference Tuesday, one day after the World Anti-Doping Agency issued a report detailing what it said was Russia's state-supported program that enabled its athletes to use performance-enhancing drugs without being detected.

The doping agency said the doping was so systematic and pervasive that it recommended the entire Russian team be banned, a move that would be unprecedented.

"The findings of the report show a shocking and unprecedented attack on the integrity of sports and on the Olympic Games. Therefore, the IOC will not hesitate to take the toughest sanctions available against any individual or organization implicated," IOC President Thomas Bach said in a statement.

The IOC has already banned Russia's track and field team.

On Tuesday, the IOC announced additional "provisional measures." They include denying accreditation to any Russian official implicated in the anti-doping report and reviewing the anti-doping tests conducted on all Russian athletes who participated in the 2014 Winter Games in Sochi, Russia.

The IOC did not say when it might rule on Russian athletes scheduled to compete in the Rio Games.

The anti-doping agency's report was a 103-page document from Canadian professor Richard McLaren. He was asked by WADA to look into allegations that Russia's Sports Ministry had for years used a highly orchestrated approach to shield its athletes from international doping monitors.

The McLaren Report confirmed many of those allegations, and as we reported Monday, it also included details about how Russian officials determined which athletes needed help in the form of swapping out tainted urine samples for clean samples, as well as a basic recipe for a concoction nicknamed the "Duchess" — a blend of alcohol and three steroids.