Accessibility links
International Olympic Committee Decides Not To Ban Russian Team : The Torch Instead, the IOC has called on sports federations to carry out assessments on individual athletes to determine whether they can compete, amid state-sponsored doping allegations. 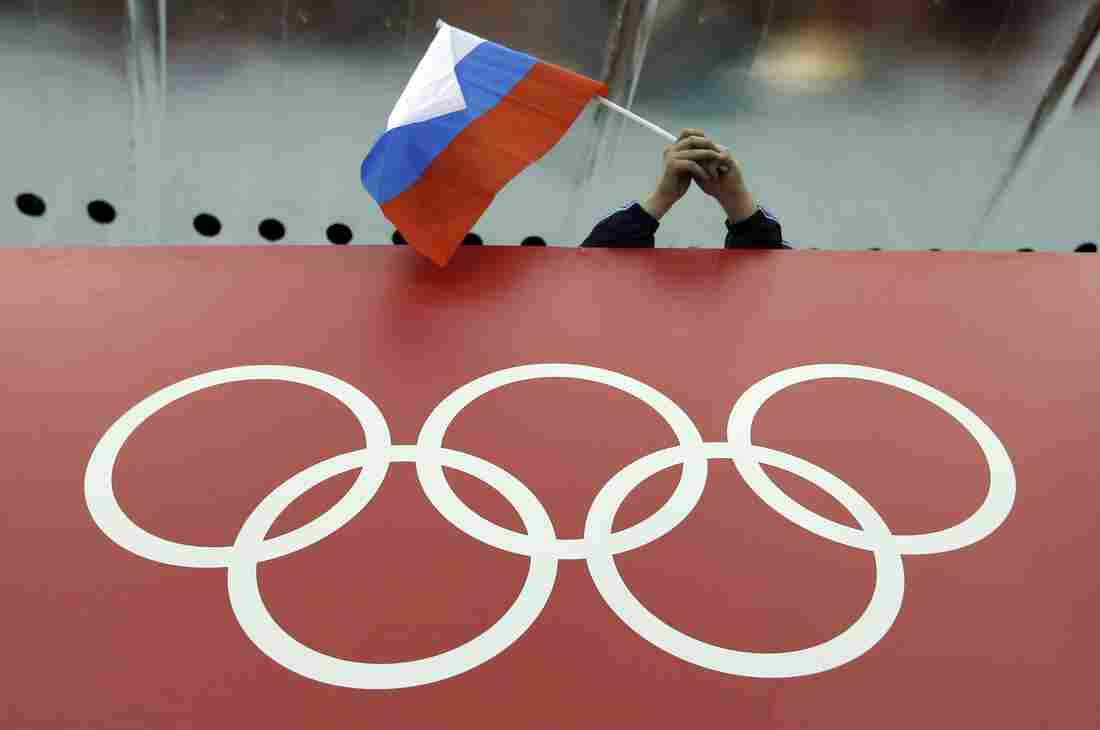 A Russian skating fan holds the country's national flag over the Olympic rings before the start of the men's 10,000-meter speedskating race at Adler Arena Skating Center during the 2014 Winter Olympics in Sochi, Russia. David J. Phillip/AP hide caption 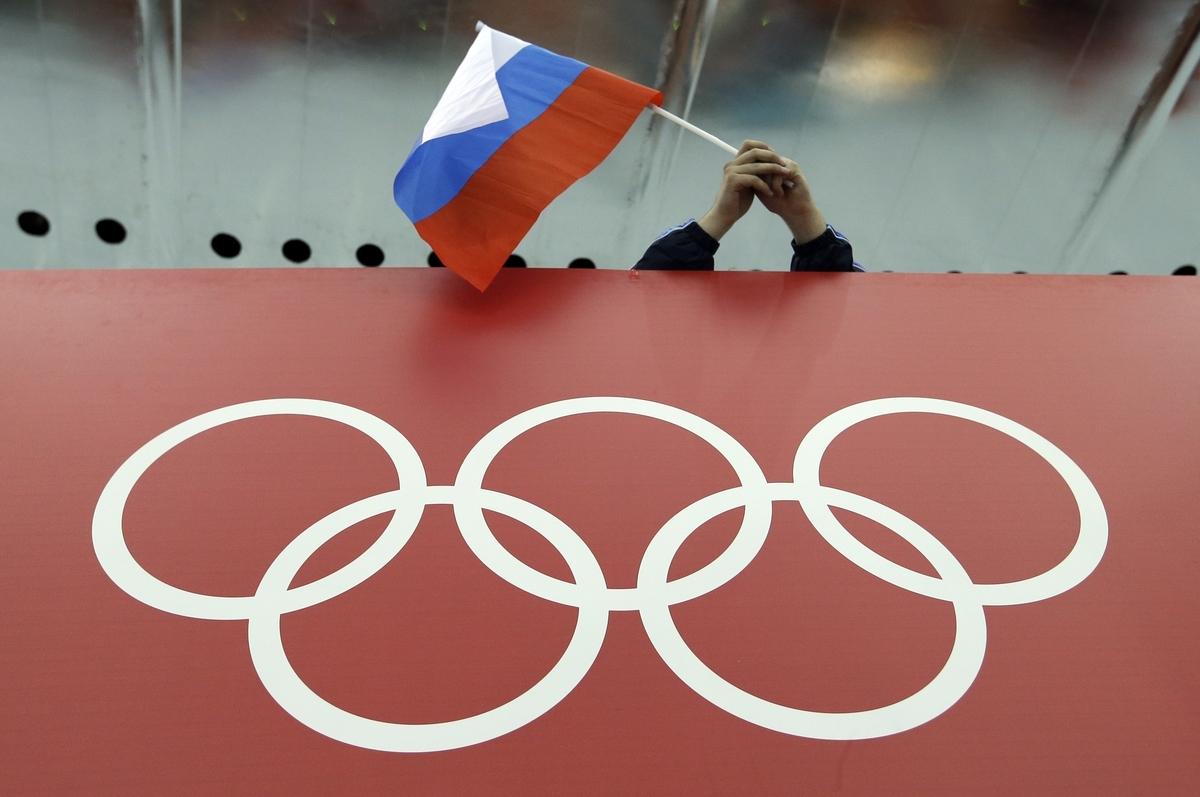 A Russian skating fan holds the country's national flag over the Olympic rings before the start of the men's 10,000-meter speedskating race at Adler Arena Skating Center during the 2014 Winter Olympics in Sochi, Russia.

The International Olympic Committee has announced that it will not impose a blanket ban on the entire Russian team from the upcoming Summer Olympics in Rio de Janeiro despite evidence of state-sponsored doping.

Instead, it has called on sports federations to carry out assessments on individual athletes to determine whether they can compete.

The decision is an attempt to balance "the desire and need for collective responsibility versus the right to individual justice of every individual athlete," IOC President Thomas Bach said in a teleconference with reporters on Sunday.

The individual federations "should carry out an individual analysis of each athlete's anti-doping record, taking into account only reliable adequate international tests, and the specificities of the athlete's sport and its rules, in order to ensure a level playing field," the IOC's decision reads.

The decisions by individual federations will then be reviewed by an arbiter from the Court of Arbitration for Sport, it says. Athletes who are cleared will then be "subject to a rigorous additional out-of-competition testing programme."

Additionally, any Russian athlete who has ever been sanctioned for doping is not eligible to compete.

"This is a very ambitious timeline, but we had no choice," Bach told reporters. Opening Ceremonies are on August 5.

NPR's Corey Flintoff in Moscow parsed out where the major international players stood on the issue on Weekend Edition Sunday:

"The World Anti-Doping Agency called for a blanket ban. So did the U.S. anti-doping agency. They said Russian cheating hurt clean athletes all over the world, so why should clean athletes in Russia get a pass? Some athletic federations have said they'd ban some competitors in their sports, especially those sports that have had a lot of doping problems, for instance — weightlifting. Others like swimming have said that they oppose a blanket ban."

As we reported last month, track and field's international governing body decided to bar Russian athletes from competing in the games over allegations of state-sponsored doping. Last week, appeals from more than 60 Russian track and field athletes were rejected by the Court of Arbitration for Sport.

NPR's Tom Goldman explained on Weekend Edition Saturday that the IOC basically had two options going into this meeting:

"Well, the one everyone is talking about, the one you mentioned - the nuclear option, if you will - ban the entire Russian team. That's never been done before due to doping. Another option is the IOC tells individual sports federations to figure out on a case-by-case basis whether their athletes are clean and can compete."

He said either option was likely to provoke criticism:

"If it bans them all, some say - and not just the Russians are saying this - there will be clean athletes kept out of the games, and that doesn't seem fair. And if the IOC falls short of a total ban, critics will say the committee's constant tough talk against doping is just that - talk."

The IAAF had previously granted Russian track athlete and whistle-blower Yuliya Stepanova permission to compete in the games as an "independent neutral athlete" — because of her "truly exceptional contribution to the protection and promotion of clean athletes."

But now, because of today's ban on athletes with previous doping sanctions, the IOC says Stepanova will not be eligible to compete.

Meanwhile, some delegations are starting to arrive at the Olympic Village in Brazil. One team didn't like what it found there. Australia's delegation head Kitty Chiller said the team would not move into their allotted building because the Village "is simply not safe or ready."

She adds: "Problems include blocked toilets, leaking pipes, exposed wiring, darkened stairwells where no lighting has been installed and dirty floors in need of a massive clean." During a stress test Saturday that the building failed, "water came down walls, there was a strong smell of gas in some apartments and there was 'shorting' in the electrical wiring."

Chiller says alternative arrangements have been made for athletes that are arriving in the next three days.