Accessibility links
U.S. Women's Soccer Team Opens Olympics With A Win Over New Zealand : The Torch The Americans are vying to become the first team, male or female, to win the World Cup and Olympic gold back-to-back. 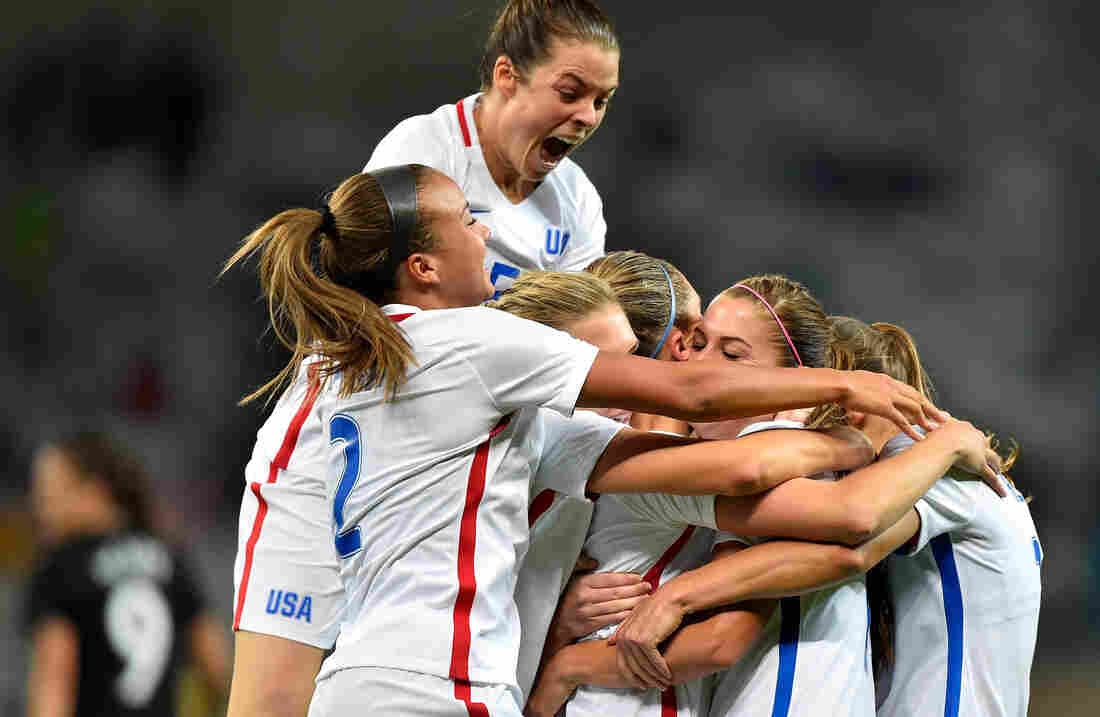 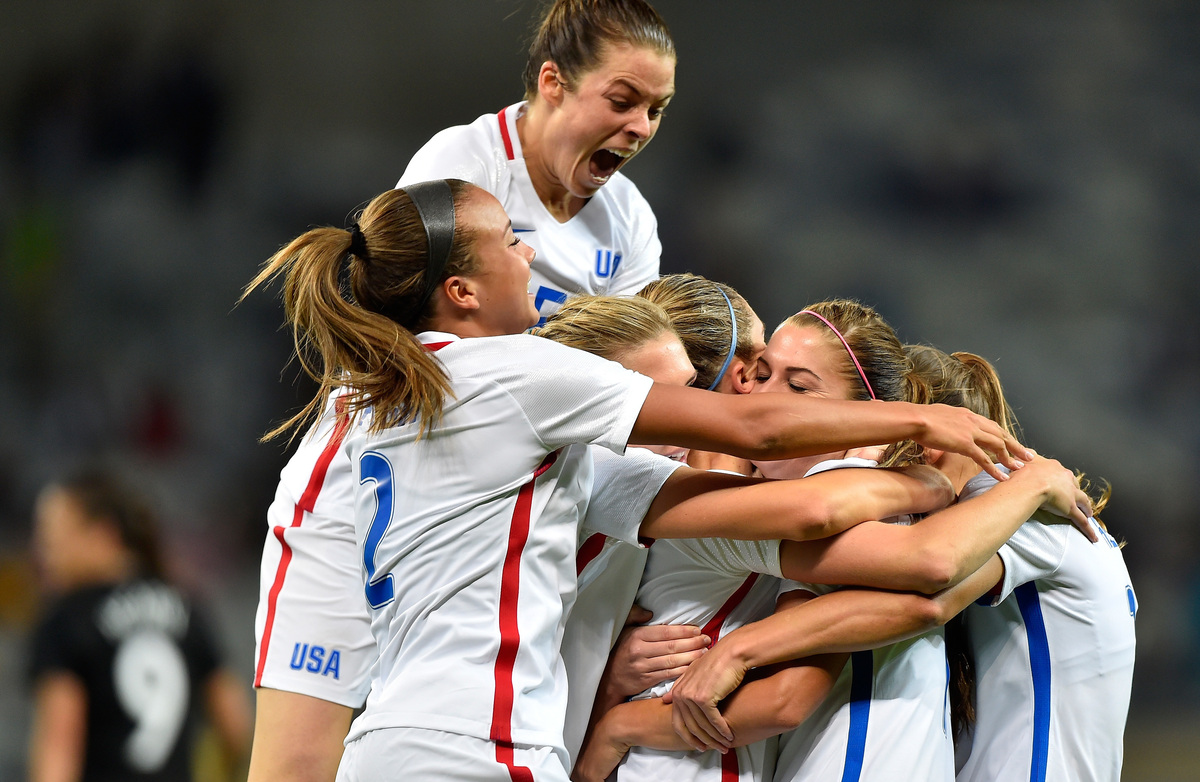 Carli Lloyd scored her 89th international goal and the U.S. women held off New Zealand on Wednesday, winning a physical game 2-0 to kick off the Americans' bid to win a fourth consecutive gold medal at the Summer Olympics in Rio.

The versatile Tobin Heath assisted on Lloyd's goal, sending a perfect crossing pass that Lloyd headed past New Zealand goalkeeper early in the first half.

U.S. forward Alex Morgan, who had been frustrated in her attempts to score in the first half, turned things around in the second, using a crisp pass from Morgan Brian to send a left-footed shot speeding past New Zealand goalkeeper Erin Nayler and into the near corner of the net to make it 2-0 in the 46th minute.

The Americans controlled the ball throughout, with a 63 percent to 37 percent edge in possession. New Zealand was given three yellow cards in the game.

For Morgan, 27, the goal was her 68th in international competition. It came after a sequence of crisp passes between the Americans that set up Morgan's strike.

If the U.S. team felt any jitters in this game, they could be excused: While New Zealand's "Football Ferns" — ranked 17th in the world — are not to be overlooked, the American squad is playing under pressure, chasing their fifth gold in the past six Olympics and vying to become the first team, male or female, to win the World Cup and Olympic gold back-to-back.

And as the U.S. Olympic team noted on Twitter, Wednesday's game was played on the anniversary of the Americans' victory over China in the 1996 Summer Olympics in Atlanta.

20 years ago TODAY, @ussoccer_wnt defeated China for its first Olympic🏅!

As NPR's Russell Lewis has reported, this U.S. team is similar to the one that roared to a World Cup title last year:

"A few players have retired and been replaced by stars of the future: Crystal Dunn and Mallory Pugh. Both have had stellar play in the lead-up to the games."

"Soccer is the only Olympic sport not to be contested solely in Rio. The games will be played in stadiums across the country built or renovated when Brazil hosted the World Cup in 2014."

Wednesday's game was played in Belo Horizonte, where spectators in the sparsely populated stadium erupted in whistles and jeers whenever U.S. goalkeeper Hope Solo touched the ball — seemingly a response to Solo's now-famous tweet about the Zika virus that showed her wearing a mask and wielding bug spray.

The Americans will now turn their attention to France, ranked third in the world, before playing Colombia.

Host team Brazil also won its first game of these Olympics, scoring three goals against a defense-minded, but clearly overmatched, team from China.

The women's soccer final will be played in Rio at the legendary Maracana Stadium on Aug.19.