Accessibility links
For Some Olympic Athletes, The Games Are Already Over : The Torch For U.S. weightlifter Morghan King and others, competition began and ended on the first two days. 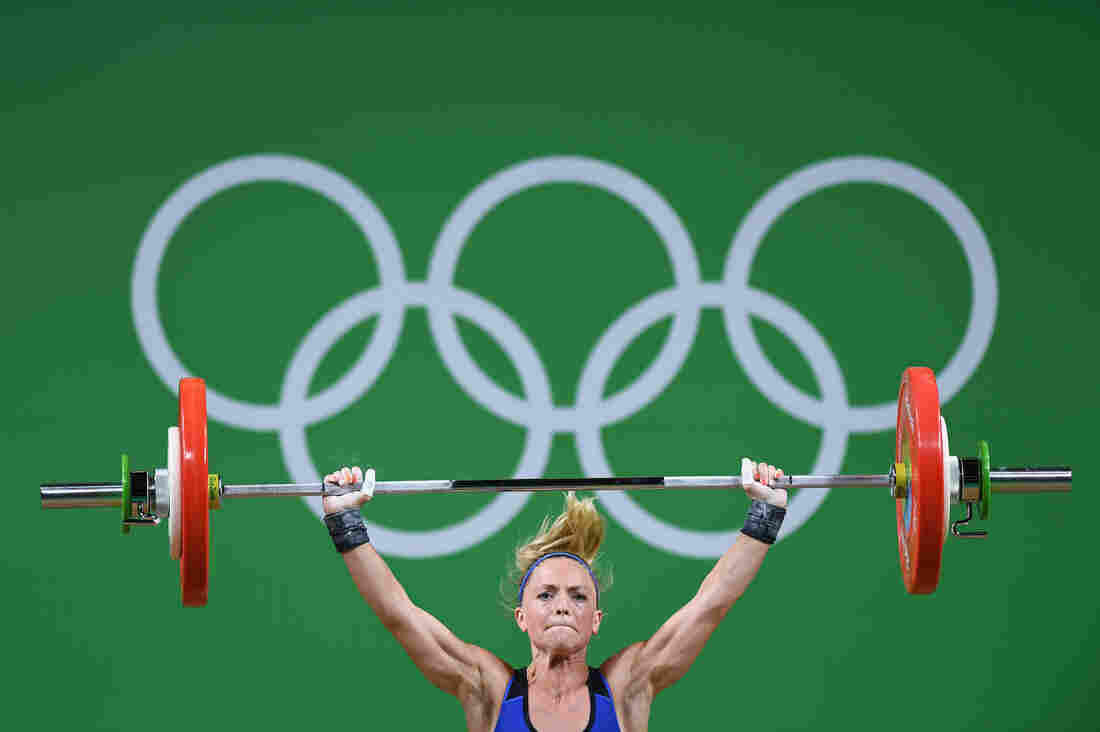 Morghan King set a new U.S. record in one of her events, but finished sixth in her weight class on the first day of Rio's Olympic Games. Now that she's finished her Olympic competition, she plans to do some sightseeing and cheer on her fellow athletes. David Ramos/Getty Images hide caption 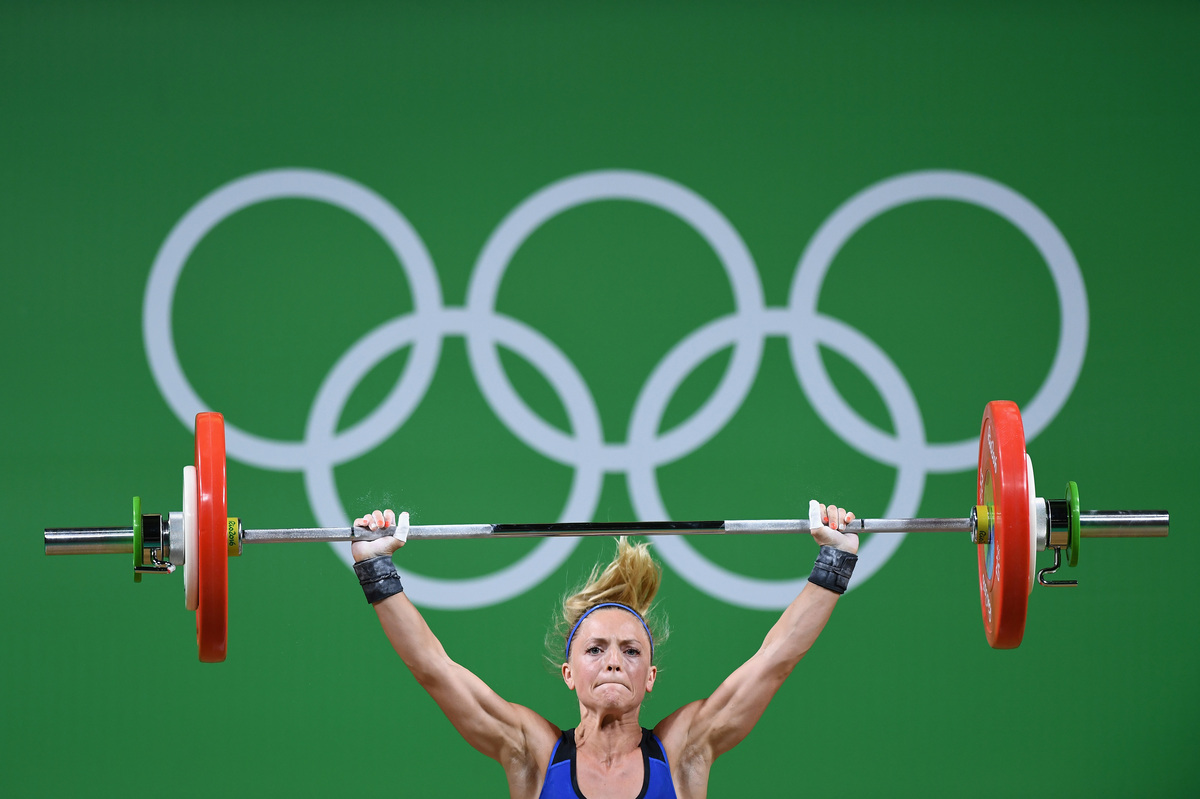 Morghan King set a new U.S. record in one of her events, but finished sixth in her weight class on the first day of Rio's Olympic Games. Now that she's finished her Olympic competition, she plans to do some sightseeing and cheer on her fellow athletes.

There are still nearly two more weeks of events at the Rio Olympics. In fact, some sports haven't even begun competition yet — track and field, badminton and taekwondo among them.

But for a couple of hundred athletes in a few sports, their games are already over. Their events were held, start to finish, this past weekend.

Among the "one and done" group is weightlifter Morghan King, 30, of Seattle. Five feet tall, 105 pounds and sporting her trademark orange-and-silver manicure for luck, she competed on Saturday night in the 48 kilogram weight class.

She managed to hoist more than double her body weight in the clean and jerk event, lifting 100 kg. 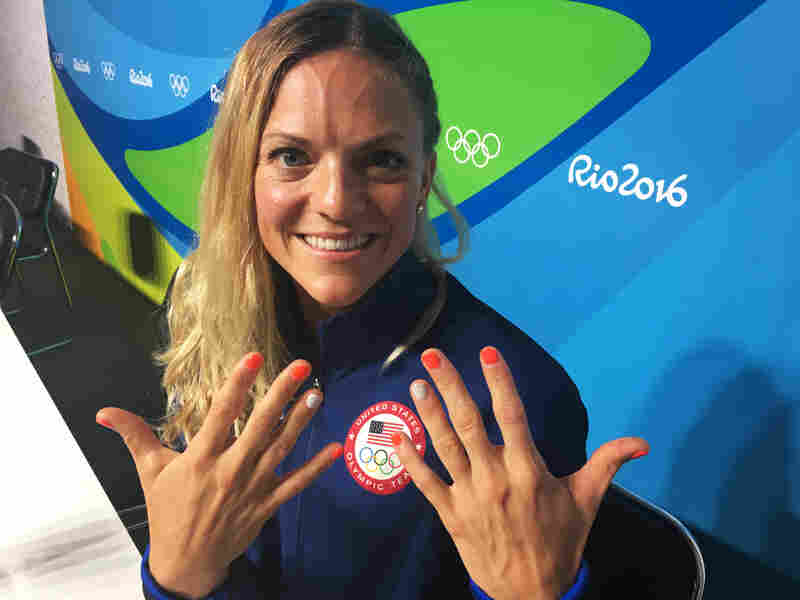 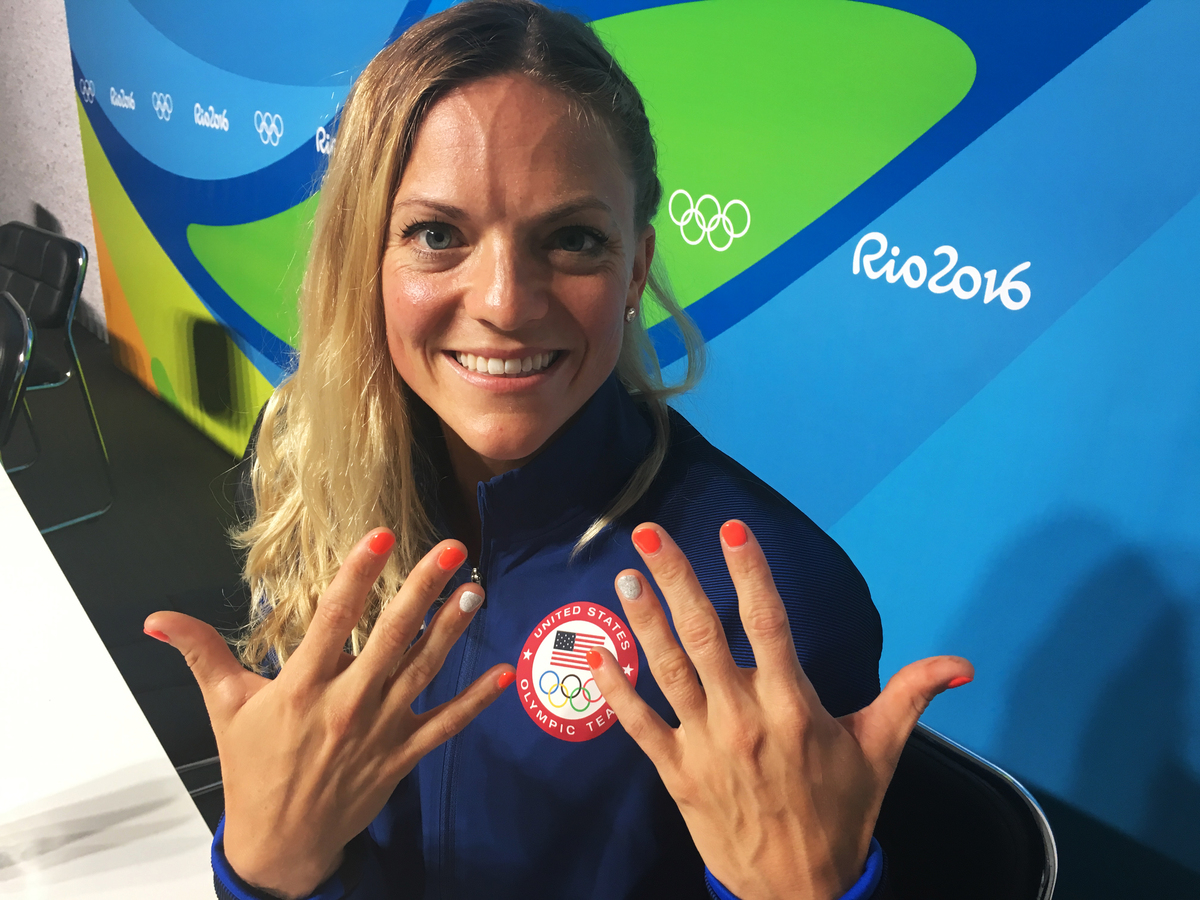 No medal, though. She ended up in sixth place.

And that's it! King's Olympics are over.

Surreal, but also, I wondered, maybe a bit anticlimactic?

"No, no," King assured me. "I get to show up, do what I came to do, everything I've been working for in the past four years, and then I get to enjoy the Olympics!"

So that's the upside.

She'll put in for tickets to watch her fellow athletes compete. While her U.S. teammates are full of angst about their events, she's free to chill.

"We're in Brazil, one of the most beautiful places in the world. You can't beat that!"

King plans to do some sightseeing — Sugarloaf Mountain and Rio's Christ the Redeemer statue are tops on her list. "And then I want to go to the beach," she said.

She's unfazed by the notorious pollution of Rio's waters. "I know everyone's really scared of it, but I'm willing to take the risk."

The Olympics are also over for Australian air pistol shooter Blake Blackburn.

His event — the 10-meter men's qualification — was on Saturday, too, which means that, like Morghan King, he had to skip the fun of Friday's opening ceremonies. That celebration went long into the night.

"Straightaway, once I saw the schedule, I told myself, I told all the coaches, I'm not going," he said. "It's something that would have been awesome to go to, but at the same time, I'm here for a job, here for a reason. And that was always what comes first."

Blackburn came in 36th of 46 in the qualifiers, so he did not advance to the finals. He said that today he'll be back in the gym, training for the next competition.