Tied For Gold, And A Record: America's Simone Manuel Finishes First, With Company

Tied For Gold, And A Record: America's Simone Manuel Finishes First, With Company 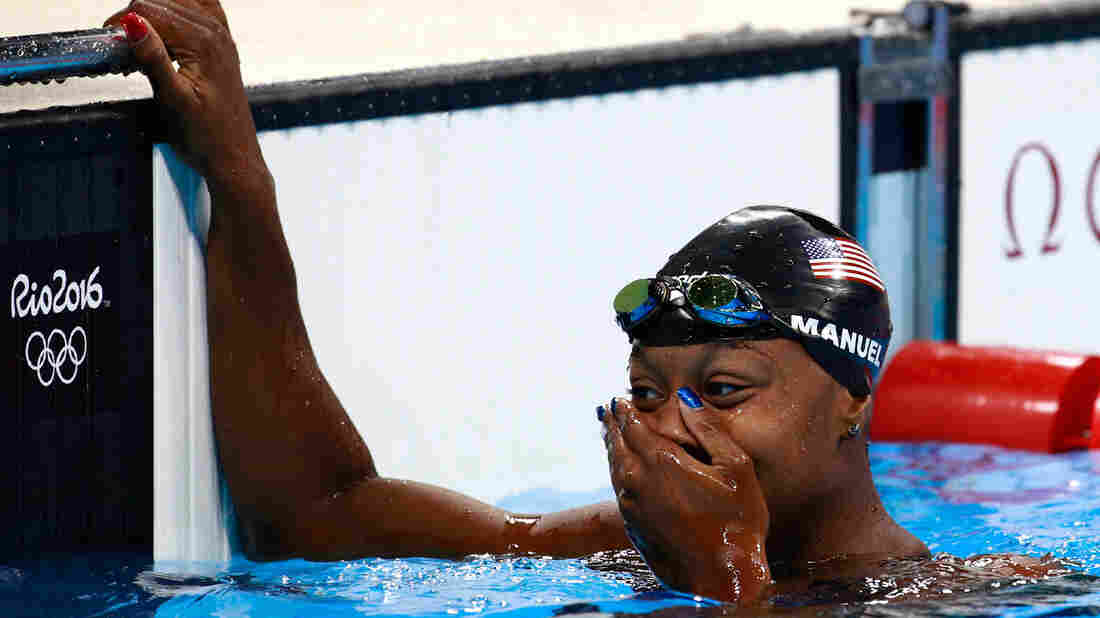 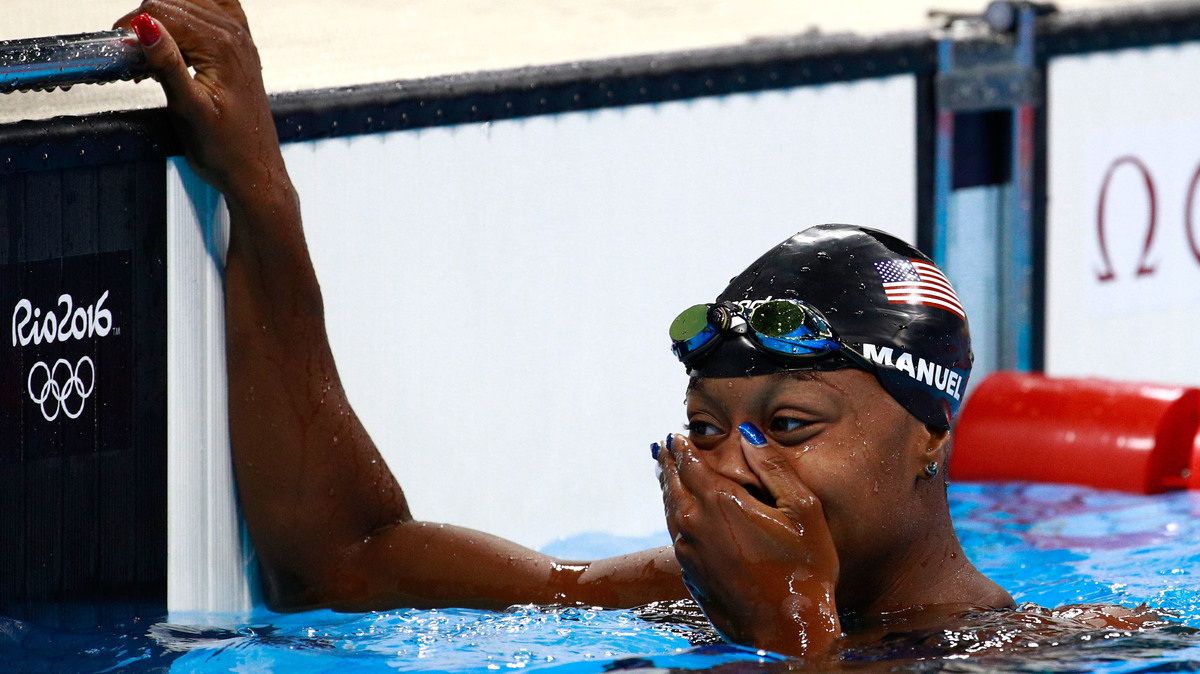 Simone Manuel of the United States celebrates after winning gold in the women's 100-meter freestyle at the Rio Summer Olympics.

At first, it wasn't clear just what had happened in the women's 100-meter freestyle at the Summer Olympics in Rio. It's a blaze of a race that rarely puts big gaps between its finishers. But in this case, two swimmers who had matched each other stroke for stroke — Simone Manuel of the U.S. and Penny Oleksiak of Canada — came into the wall at the same instant.

All was soon made clear: Not only had these two swimmers hit the wall together; they had also set a new Olympic record of 52.70 seconds, writing their names in the record book.

And while she was at it, Manuel, 20, set another mark, as she became the first African-American woman to win a gold medal in swimming for the United States.

Team USA Lives Here: Where America's Rio Olympians Are From

"It's been a long journey for me," she said after the race. "I definitely worked hard these past four years, day in and day out. Just to see it pay off when I really needed it is something I'm really grateful for. I have to attribute that to my coaches and my teammates who have pushed me to never give up."

As she treaded water after her final, Manuel pointed up at the screen above the pool and seemed to be trying to take in what had happened — an understandable response, given the frenzied race she'd just swum. Her mouth gaped open; her hand covered it up.

Tying for gold; setting both an Olympic and an American record: There was a lot of information on the scoreboard, and all of it surpassed Manuel's expectations, as the native of Sugar Land, Texas, said afterward:

"Coming into my first Olympics, I didn't think I was going to be getting a gold medal individually. My goal was just to get more experience, swim as fast as I can. And after prelims and semifinals and seeing where I was sitting, when I came in tonight I was like, 'I want to get on that medal stand.' Just surpassing that goal and getting an American record on top of a gold medal is super exciting for me."

In the one-lap race, Manuel was in third place at the halfway mark, and Oleksiak was in seventh. But Oleksiak was nearly a half-second faster than Manuel on the final length, and TV replays showed that their fingers found the wall at the same time. The Olympic record they broke was only one day old, having been set by Australia's Cate Campbell in the semifinals. In tonight's final, Campbell finished sixth.

With the win, Manuel gave Team USA their first gold medal in the women's 100-meter free in 32 years — and as the U.S. Organizing Committee points out in a news release, that win in 1984 was also a tie, between Nancy Hogshead and Carrie Steinseifer.

Under the Olympics' scoring rules, when two athletes tie, they each get a medal — meaning that while this race has two gold medalists, no one gets a silver. Instead, Sweden's Sarah Sjostrom won a bronze medal after finishing 0.29 behind the winners.

There was just one last thing Manuel and Oleksiak had to work out: how (and when) to take the winner's podium at the medal ceremony. Both swimmers seemed uncertain, talking it over as the announcer introduced "the gold medalists and Olympic champions."

In the end, they both stepped up around the same time. And then the audience at Rio's Aquatics Stadium heard two anthems: America's first, followed by Canada's.

Phelps Wins Gold In The Men's 200 IM, Beating Lochte And A Talented Field

This is the second medal Manuel has won in Rio; she won silver as part of the 4x100-meter freestyle relay team.

When Manuel was asked whether it felt strange or weird to share an individual gold medal, she said, "I wouldn't say it's weird. I mean, the 100 free was pretty close."

In a previous version of this post, we got Simone Manuel and Penny Oleksiak's winning time wrong: Their time of 52.70 (not 57.20) in the 100-meter freestyle final set an Olympic record — not a world record as we had indicated. Also, we said Manuel had another gold medal, from the 4x100 freestyle relay; in fact, she and her U.S. teammates won silver in that race.