Accessibility links
Rio Olympics 2016: Michael Phelps Ends Career As Most Decorated Olympian : The Torch There are 205 countries competing in Rio, many for decades, and most of them can't match Phelps' total of 23 golds.

If Michael Phelps Were A Country, Where Would His Gold Medal Tally Rank?

If Michael Phelps Were A Country, Where Would His Gold Medal Tally Rank? 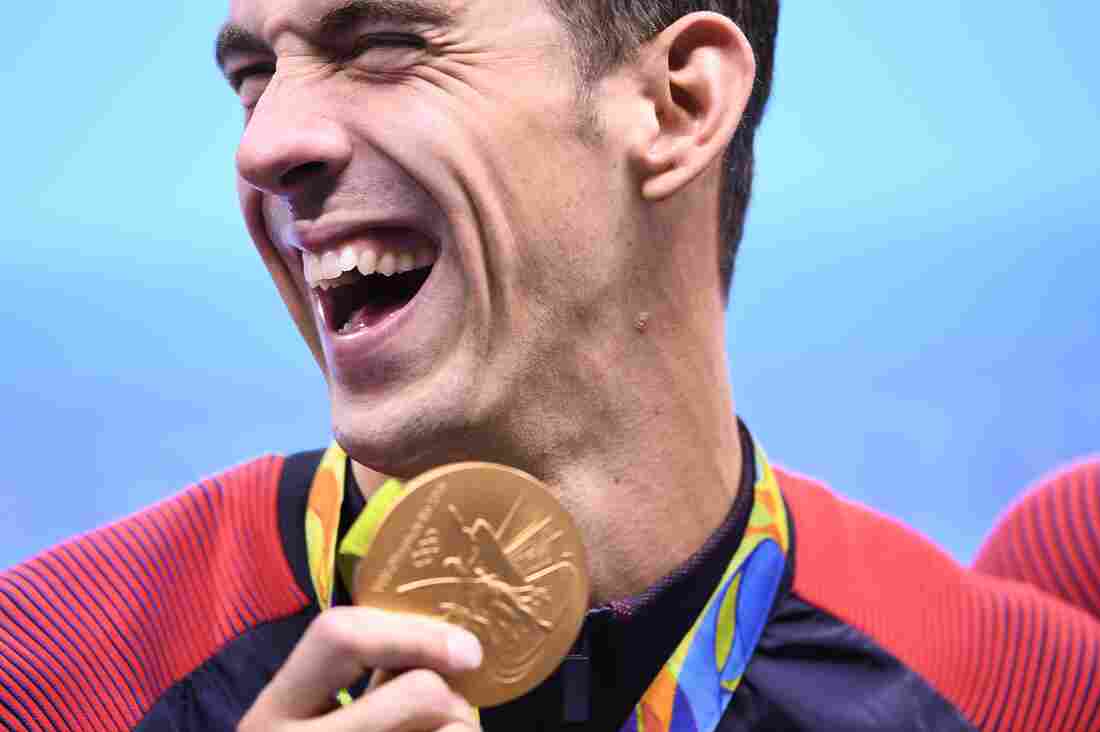 Michael Phelps helped the USA win 4x100m medley relay gold at the Rio Games on Saturday, taking his personal tally to 23 out of a total medal count of 28. Gabriel Bouys/AFP/Getty Images hide caption 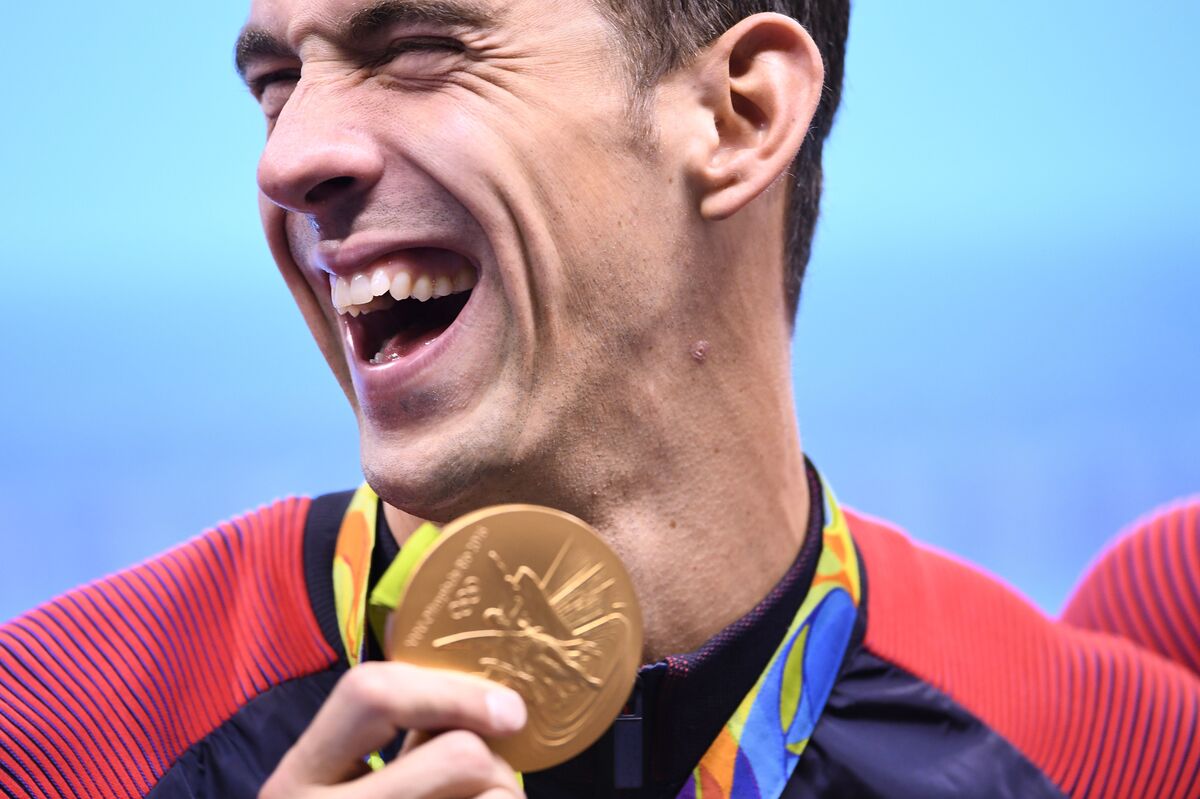 Michael Phelps helped the USA win 4x100m medley relay gold at the Rio Games on Saturday, taking his personal tally to 23 out of a total medal count of 28.

Michael Phelps has won so many more medals than any other Olympian that it makes for a pretty dull discussion when he's compared to individual athletes.

But let's pretend he's a country — the Republic of Phelps.

How does his career medal total stack up against all the countries that have competed in the Summer and Winter Olympics since the dawn of the modern games in 1896?

Hint: 205 countries are now competing in Rio, and others, like the Soviet Union, have disappeared along the way.

Phelps went out on top Saturday night, winning one last gold in the 4x100-meter medley relay in his final race in Rio, and according to him, his final competitive race ever. Of course, that's what he said after the 2012 Olympics.

That was his 23rd career gold medal and places the Republic of Phelps in a tie with South Africa for 38th place for most gold medals won by a country, all-time, Summer and Winter Games combined.

Yet this ranking sells him short in some ways, because four of the countries ahead of him are Germany, which over time has competed as Germany, West Germany, East Germany and the Unified German Team. Russia, the Soviet Union and and the 1992 Unified Team (made up of the 15 former Soviet republics) account for three more countries ahead of Phelps.

If measured against the 205 countries now in Rio, the Republic of Phelps has more gold medals than all but 32 of them.

Let's give some examples. He's ahead of Egypt, India, Argentina and Mexico. And he's just one gold medal behind host Brazil, a nation of more than 200 million people that's competing in its 22nd Summer Olympiad, as well as seven Winter Olympics.

And just for fun, here are a few more Olympian numbers:

28 - His overall medal total in five Olympic Games — 23 gold, three silver and two bronze. In London in 2012, he surpassed the previous record holder of the modern games, Soviet gymnast Larisa Latynina, who won 18 medals, including 9 golds, from 1956-1964.

13 - The number of individual gold medals Phelps has won, including the 200-meter individual medley on Thursday night. With that victory, Phelps truly left his mark on Olympic history, claiming one more victory than Leonidas of Rhodes, who won the last of his sprinting titles in 152 B.C. Leonidas placed in 22 events overall. Back then, the top finishers received olive wreaths, not medals.

31 - Phelps' current age. That made him the oldest swimmer to ever win an individual medal on Thursday night. But that milestone was surpassed the very next evening when fellow American, Anthony Ervin, 35, won the 50-meter freestyle. With five golds and a silver in Rio, Phelps has looked remarkably sharp while swimming a heavy load this past week. He will be 35 when the Tokyo Games come around in 2020, but insists this retirement is for real.

50 - The number of miles Phelps was swimming weekly at the peak of his training before the 2008 Games in Beijing, where he had his best showing, with eight gold medals in eight events. Phelps acknowledges he was lax about training in the run up to London in 2012 — where he still won four gold and two silver. He says he was far more dedicated before Rio.

12,000 - The calories Phelps was consuming daily to fuel his training in 2008. A typical adult would be somewhere around 2,000 calories a day. Phelps says he eats less now, though he still acknowledges a breakfast that includes a three-egg omelet, three pieces of French toast and coffee.