Accessibility links
When Swimmers Get Out Of Sync, The Result Can Be A Kick In The Head : The Torch Synchronized swimming is known for its demanding precision. Less known are the injuries, like concussions, that can occur in athletes perfecting and performing the moves requiring that precision. 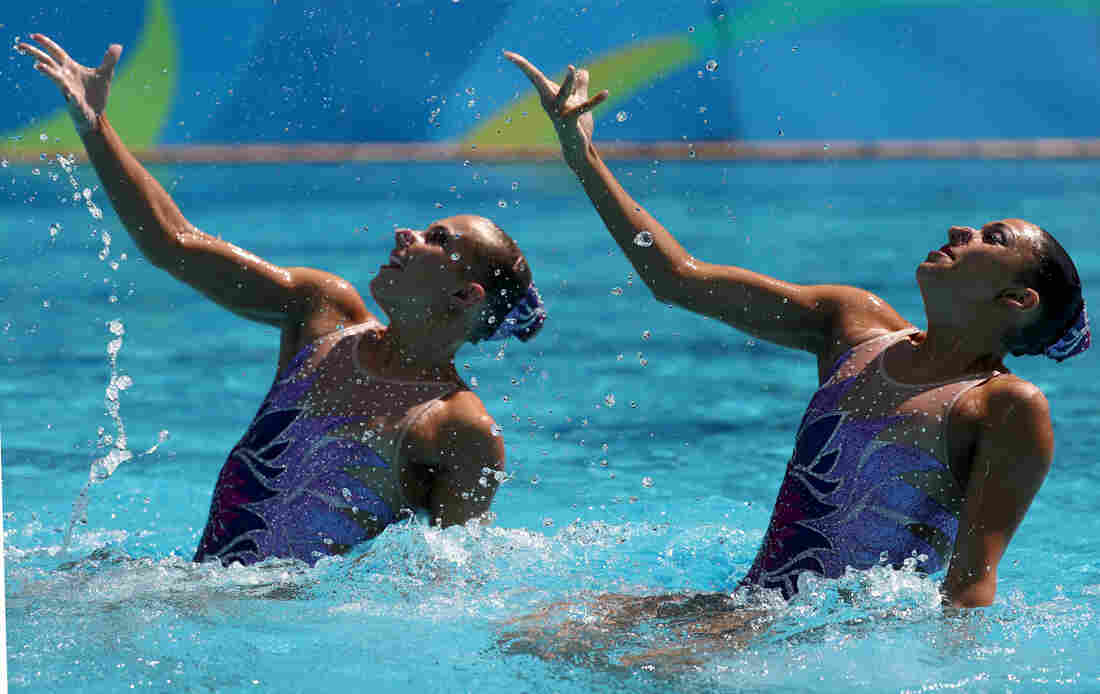 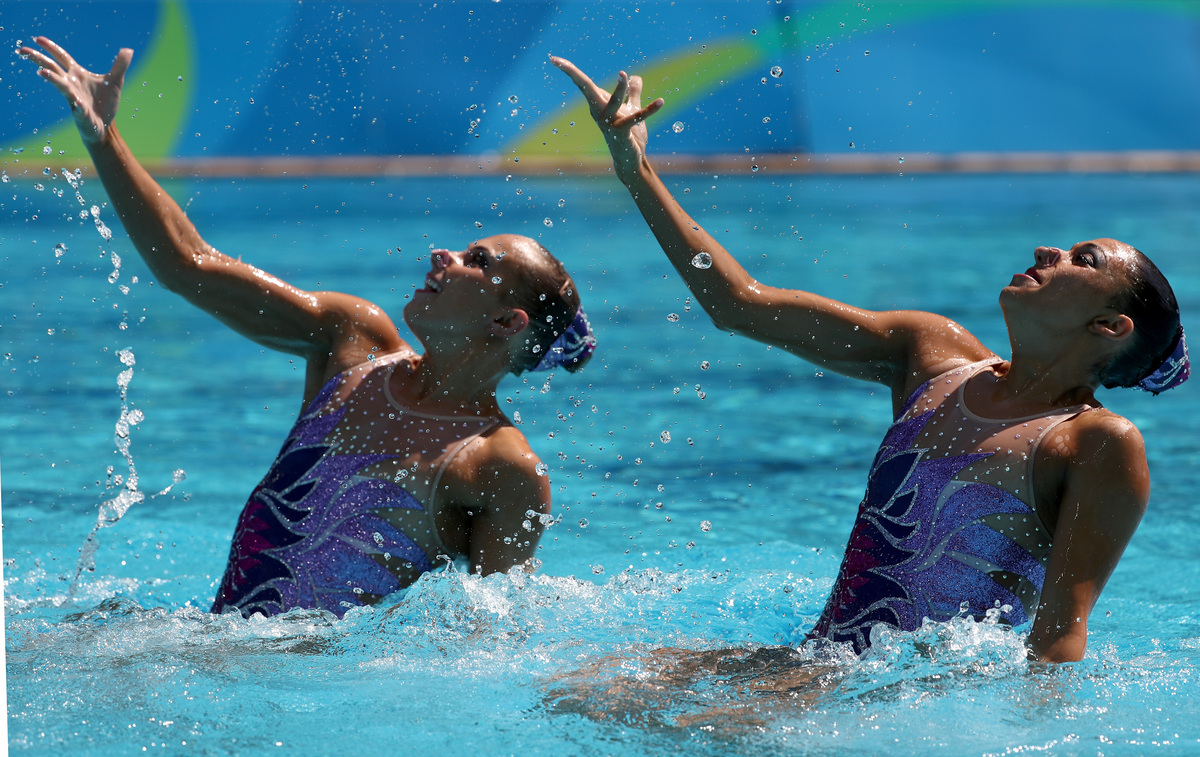 Mariya Koroleva and Anita Alvarez stride in unison to the edge of a large swimming pool. Their swimsuits are spangly; their eye makeup, heavy. They wear nose clips. After a series of choreographed poses on the pool deck, they dive in.

They are the only U.S. pair competing in the synchronized swimming duet event at the Rio Olympics. On Monday, their technical routine qualified them for Tuesday's finals.

Back in June, the pair was working with head coach Lolli Montico on the same routine. At their training site in Moraga, Calif., Koroleva and Alvarez already had been in the water 3 1/2 hours. One hour left to go.

Montico, who is from Italy, watched every move. Synchronized swimming is about every move. Precision is key to impressing judges.

But doing things just right helps keep these performances safe, too. Loose elbows and knees can be dangerous.

There are no hard statistics, but according to the New York Times, USA Synchro, the sport's governing body, last year put in place a new plan for dealing with concussions.

"I would say 100 percent of my athletes will get a concussion at some point," Myriam Glez, the chief executive of USA Synchro, told the paper.

Koroleva got one late last year, when Alvarez thwacked her during practice. Actually, Koroleva has had several. She says it's the risk of close-quarter routines, adding that the routines are getting closer.

"I mean, if you look at videos from like the 2004 Olympics, even the 2008 Olympics, you see that the patterns just get smaller and smaller — that's kind of an evolution of the sport," Koroleva says. "And I think now, yeah, there are a lot more concussions and impact injuries happening because you're starting to swim so much closer together."

Koroleva, who competed in the 2012 Olympics, says concussions often go unreported because there's a culture of "suck it up." If someone is not bleeding, she is not injured — and yes, this is synchronized swimming, not the NFL.

Chronic overuse injuries are the most prevalent in this sport, especially with hips and shoulders. Koroleva, 26, has had hip and back surgery from all her synchro work.

It's a heavy burden: injuries, eight-hour training days, six days a week in the pool, lifting weights, ballet and Pilates.

"I mean, if you think gymnastics is hard, well, try doing it in the water, first of all, on an unstable surface," Koroleva says.

And all with a smile on your face.

On Monday, Koroleva and Alvarez performed well and moved into ninth place in the standings, qualifying for Tuesday's final.

As they hugged their coach after the routine, the smiles they often force through the pain of a performance — those were real.