Accessibility links
Boxer Shakur Stevenson, 19, Heads To Medal Round And A Fight With A Russian : The Torch The American's victory assures him of no worse than a bronze medal. Those watching the fight included boxing superstar Floyd Mayweather Jr.

Boxer Shakur Stevenson, 19, Heads To Medal Round And A Fight With A Russian

Boxer Shakur Stevenson, 19, Heads To Medal Round And A Fight With A Russian 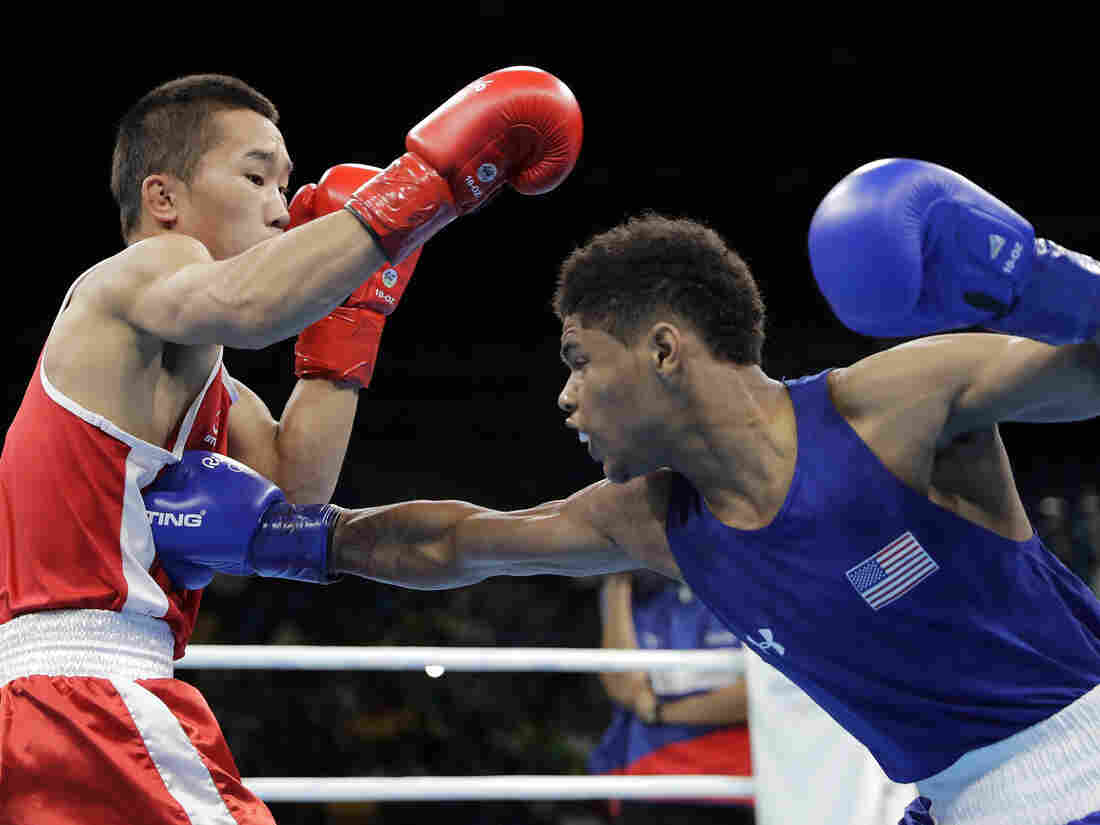 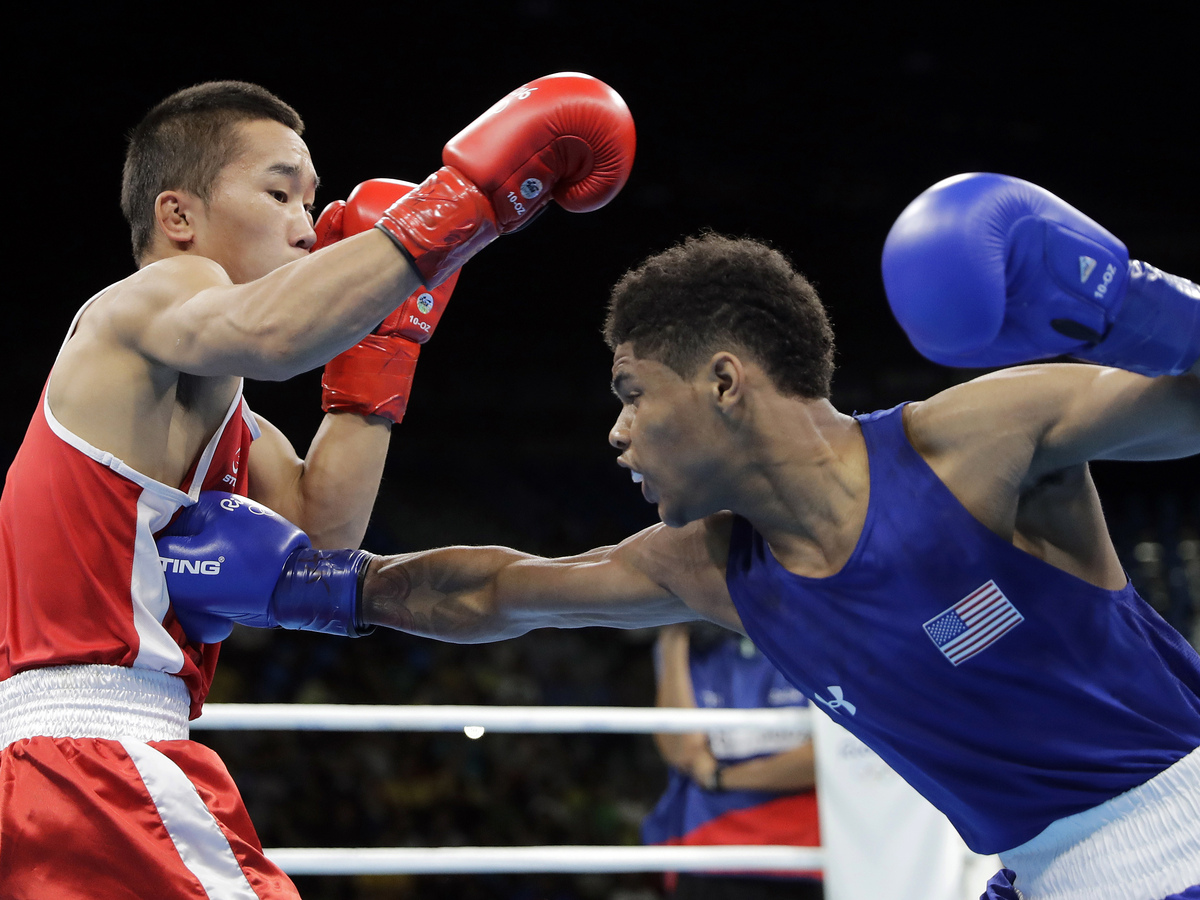 Mayweather also watched the fight that preceded Stevenson's, which produced the American's next opponent. In that match, Russia's Vladimir Nikitin defeated Michael Conlan of Ireland in a judges' decision that was met with howling boos from Conlan's supporters and those who felt he had won the match against Nikitin, who left the arena with blood streaming down his face and head.

Stevenson and Nikitin will fight on Thursday afternoon at 2:30 p.m.

The American won on a unanimous decision, dancing in his golden boxing boots as he waited for the referee to raise his hand after three rounds. He's yet to lose a round at these Olympics.

After the fight, Stevenson was asked if he heard Mayweather yelling from the stands. He said he had.

"I wasn't expecting him to come," he said afterward. "And then he jumped over the balcony, like 'Augie!' — talking to coach Augie [Sanchez]. So I got excited and I got a little nervous. But I got it done."

Asked if he paid attention to that advice, Stevenson said, "Of course, I've got to listen, once I hear Floyd talking."

Against Erdenebat, Stevenson faced an opponent who, like Nikitin, is a bit shorter and more compact. Erdenebat was aggressive for much of their fight, relying on looping overhead punches and hooks to reach Stevenson — and when that didn't work, he sometimes locked an arm behind the American's neck to try to control him and keep him close.

Erdenebat didn't quite have the reach to land his most dangerous punches, and Stevenson had the quickness to elude many of the ones that did come his way.

The arena had a large pro-Mongolia contingent, as we learned when a group of Stevenson's backers began the familiar chant of "U-S-A! U-S-A!"

Boos rained down in response, and Erdenebat's backers responded with a louder, and much more widespread, chant of "Mon-go-lia!" For good measure, they pounded their feet on the metal stands that make up this arena at the Rio Centro boxing facility.

"He was a tough kid," Stevenson said of his opponent, noting how Erdenebat kept attacking late in the match. As for his own performance, Stevenson rated himself a B-minus.

The U.S. men's boxing team is now certain to end the medals drought it experienced in the London 2012 Games; the team's last boxing medal was a bronze at the Beijing 2008 Olympics.

Stevenson says that while that's nice, he wants to move up the podium. When he faces Nikitin, Stevenson will likely see a more brawling style than Erdenebat deployed. After Tuesday's match, he was also asked how he can counter what appears to be some judges' tendency toward decisions with which many boxing fans have disagreed.

Conlan, the No. 1 seed in the bantam tournament, felt certain he had won his fight. When the decision against him was announced, the referee had to restrain the Irish fighter's hand from shooting up in the air. Conlan tossed a pamphlet to the ground as he left the arena, shaking his head.

Tuesday's matches were fought one day after Russia's Evgeny Tishchenko won a gold medal over Kazakhstan's Vassiliy Levit in the heavyweight division, in a points decision that, like the one Nikitin benefited from Tuesday, was met with boos in the arena and criticisms online.

Discussing his upcoming bout with Nikitin, Stevenson said he'll try to keep his distance if he can.

"I'll box him on the outside, because I've got the longer arms, I've got the reach. So I plan on boxing him, and winning that fight."

In an earlier version of this post, Irish boxer Michael Conlan's last name was misspelled Conley and Conlon.