Accessibility links
Caster Semenya And The Sensitive Question Of Intersex Athletes : The Torch Caster Semenya, the favorite in the women's 800 meters, is controversial. The South African runner is widely believed to be intersex, with testosterone levels much higher than other female athletes'. 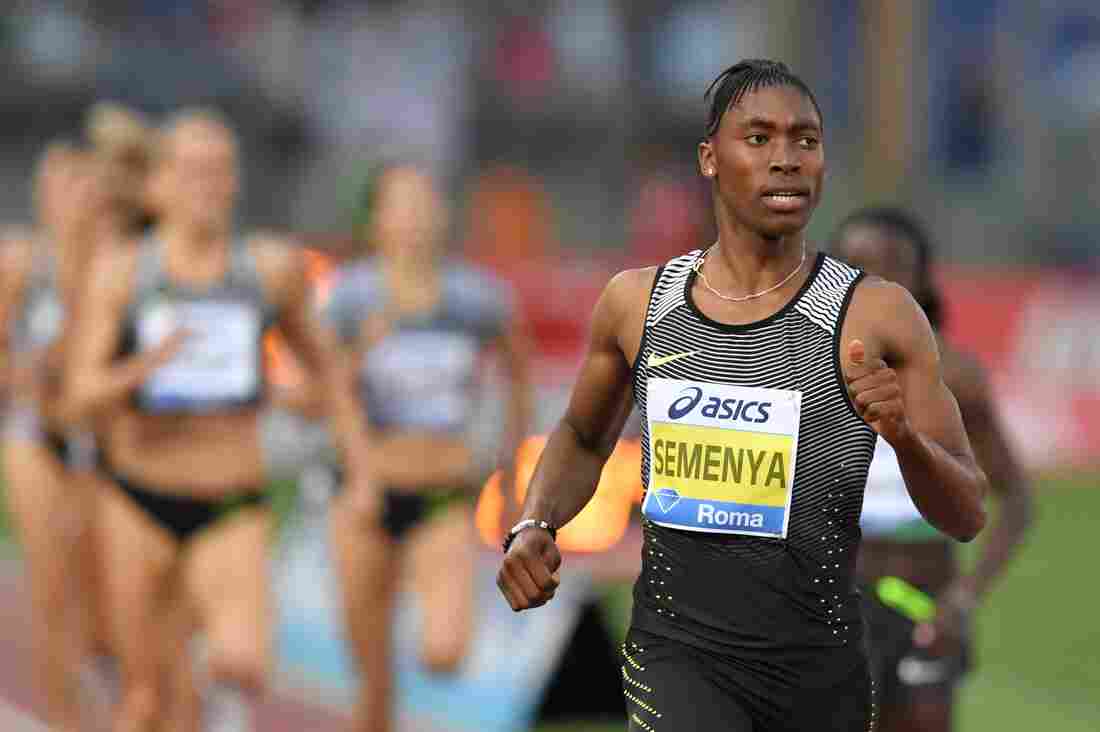 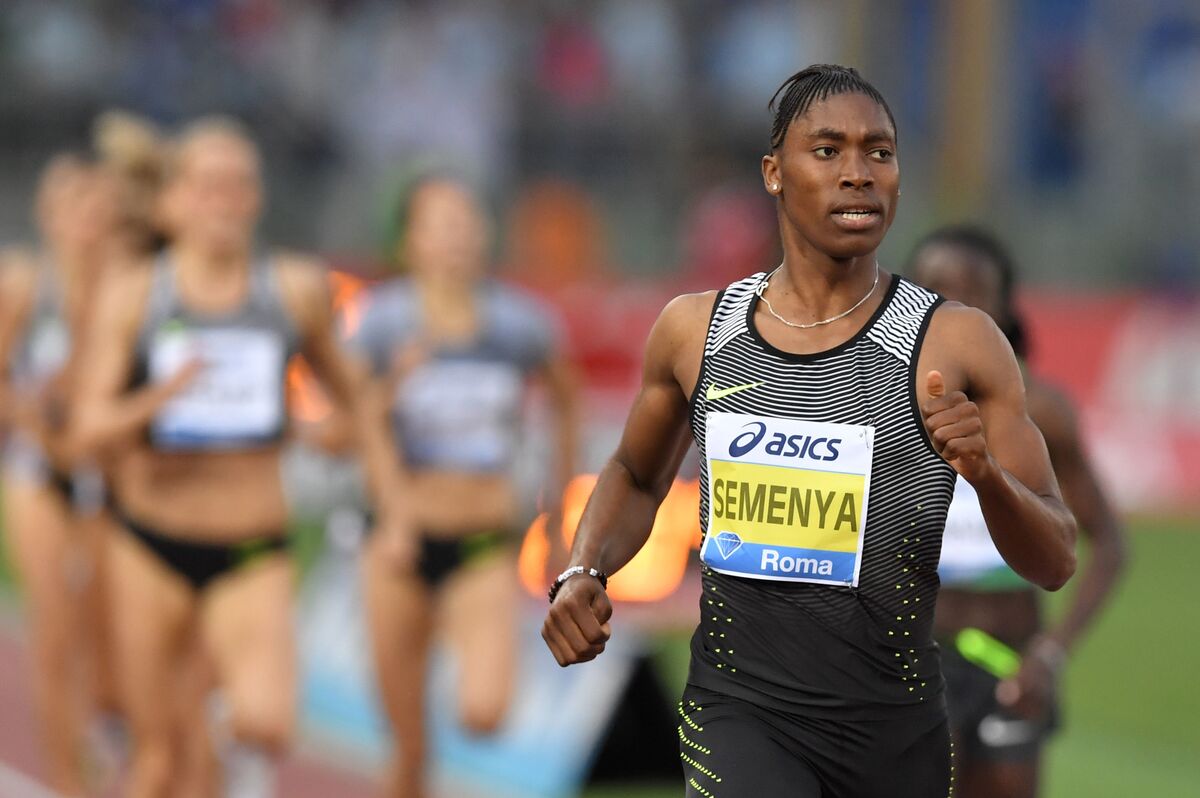 South Africa's Caster Semenya competes in the women's 800 meters in Rome on June 2.

One story that's simmering at the Olympics in Rio de Janeiro has to do with sex: in particular, the controversy over intersex athletes, who are anatomically and genetically ambiguous.

At issue: Is it fair to allow those athletes, who often have high levels of testosterone, to compete with women?

Much of the attention has focused on South African runner Caster Semenya, the favorite to win gold in the women's 800 meters on Saturday. Semenya has been identified as intersex in many media reports, though she has never confirmed that or spoken about it.

She exploded onto the world scene in 2009, when she was just 18. She destroyed the 800-meter field at the world championships in Berlin, winning with a time of 1:55:45, more than two seconds faster than her nearest competitor in the final.

Hazel Clark of the U.S. ran against Semenya in the semifinal that year and missed the final by one spot.

"There was so much talk around her," Clark recalls. "Everybody kinda said, 'Something's not right with her. God, have you seen her?' "

It wasn't just Semenya's blistering performance that raised questions. It was also how she looked: She has broad shoulders, narrow hips and a prominent Adam's apple. Her voice is deep and masculine.

After the race, two other competitors openly questioned Semenya's sex.

Elisa Cusma Piccione of Italy flatly opined, "For me, she is not a woman. ... It is useless to compete with this, and it is not fair."

In 2009, Semenya was subjected to sex verification tests after she won the world championship in Germany. 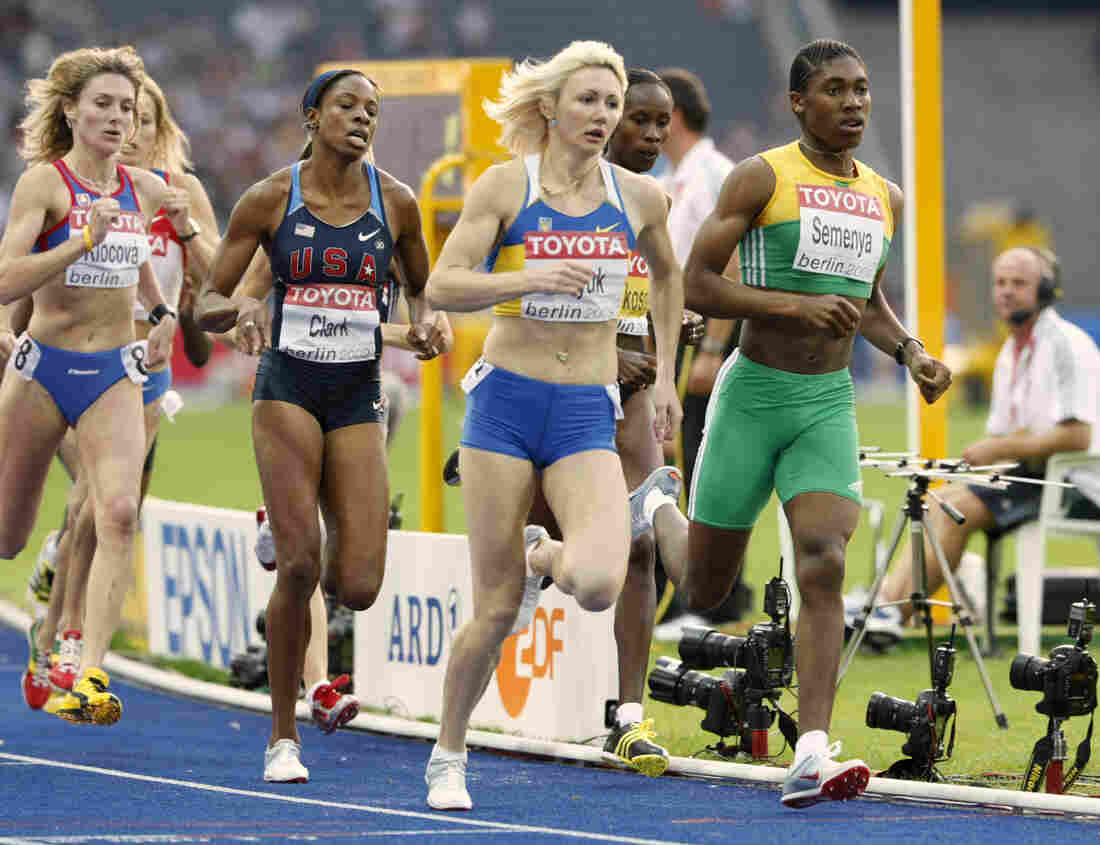 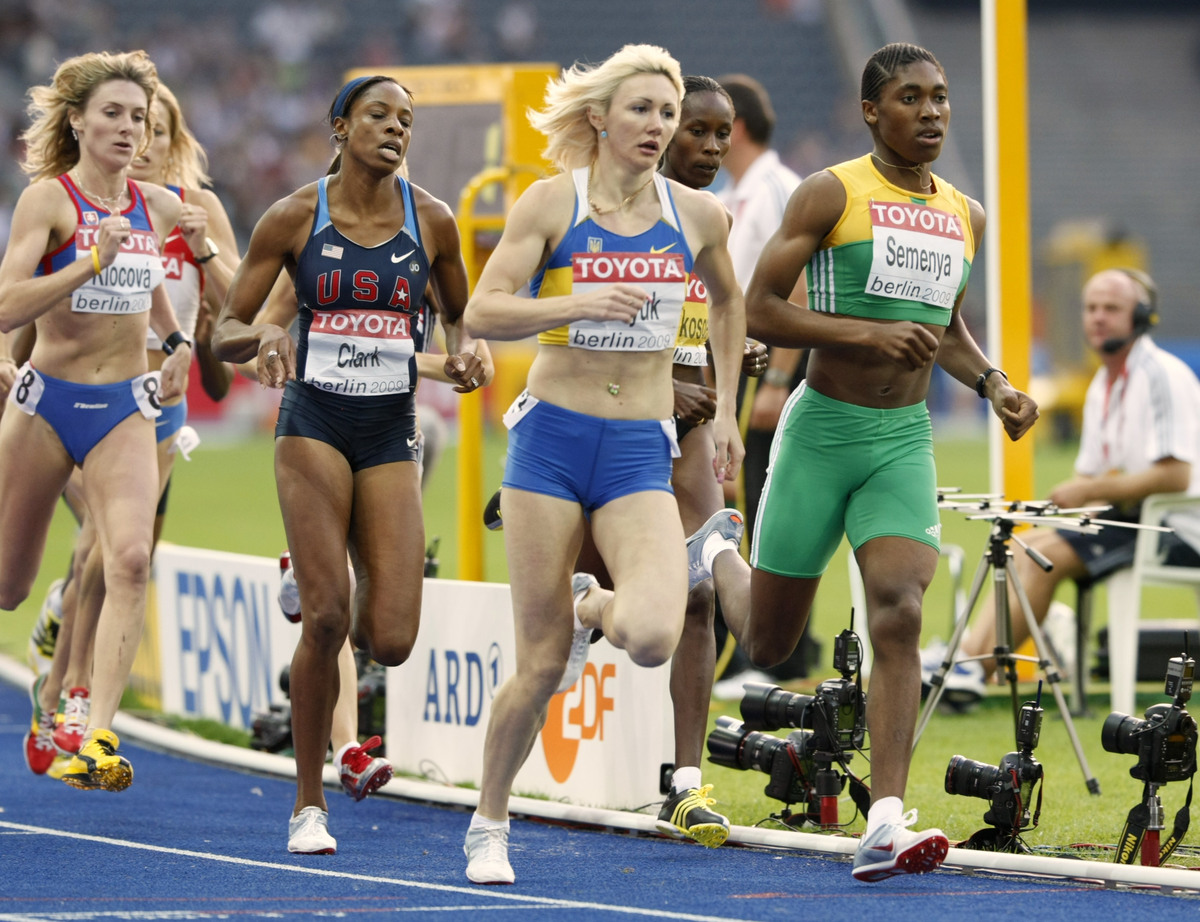 U.S. runner Hazel Clark (second from left) competes with Caster Semenya (right) during a women's 800-meter semifinal at the World Athletics Championships in Berlin on Aug. 17, 2009.

The results were supposed to be confidential, but reports leaked out that she had testosterone levels three times as high as most women.

Other intimate details about her anatomy were also reported.

Ross Tucker, a professor of exercise physiology at the University of the Free State in South Africa, says, "I've seen comments from people in response to her performances where they very quickly call her 'he' and 'him.' And some of them are even crueler than that. They call Caster Semenya 'it,' as though she's some kind of freakish monster. And that stuff's just horrific."

Tucker has written extensively about the issues raised by intersex athletes, and he points out that sex testing of female athletes has a long history.

Into the 1960s, Olympic officials tried to identify men posing as women.

Female athletes were subjected to infamous "nude parades," where they were examined by a panel of doctors. If they "passed," they were given a certificate.

"It's incredible that they called it this," Tucker says. "They used to call it the 'Certificate of Femininity.' And that's what female athletes used to have to carry with them."

Tucker notes there are racial overtones to this controversy. Semenya is black.

"People say that the only reason she's being questioned is because she doesn't conform to a Western perception of what a woman should look like."

But for Tucker, the real issue is biological.

He says there's a proven reason that male and female athletes compete separately.

Testosterone gives men a distinct advantage: a performance boost of about 10 to 13 percent.

"That's basically the crux of the issue," he says. "Do intersex athletes who compete as females have an advantage thanks to testosterone that is unfair, even compared to obviously other recognized advantages in sport?"

Tucker thinks the answer to that is clear: They do enjoy that advantage.

He agreed with the new rules set down in 2011 by the International Association of Athletics Federations, the international governing body for track and field.

The IAAF ruled that women with high testosterone levels would have to bring those levels down below the normal range for men, either by taking testosterone-suppressing drugs or by having their internal testes surgically removed.

Tucker says, "I thought that was a compromise that balanced the requirement for human rights versus that of performance rights of other athletes in the sport."

But last year, the Court of Arbitration for Sport suspended that IAAF rule, writing that it "was unable to conclude that hyperandrogenic female athletes may benefit from such a significant performance advantage that it is necessary to exclude them from competing in the female category."

What that means is that for these Olympic Games, at least, there are no upper limits on testosterone for intersex athletes.

For Clark, Semenya's former competitor, who has stayed in touch with her through social media, that's uncomfortable territory.

"I have a great deal of respect for her," Clark said in an interview at the athletes' village in Rio. "I think she was born the way she was born, and it's up to us to figure out how to regulate it and make it as fair as possible for everyone. That's including her."

Clark continues, "I can only imagine how she felt as a young woman, the way people were talking about her and scrutinizing her and attacking her. I felt a lot of compassion for her, and I still do."

Semenya will take to the track at Rio's Olympic stadium for her first 800-meter qualifying heat on Wednesday.

This week, she tweeted an image of a poster that reads, "I truly believe my haters are my motivators."

Back home in South Africa, Semenya's defenders are using social media to show their support. The hashtag "HandsOffCaster" has been trending as her race approaches.

Previous audio and Web versions of this story incorrectly placed the University of the Free State in Cape Town, South Africa. It's actually in Bloemfontein.