Accessibility links
China Celebrates Bronze-Winning Olympic Swimmer's Spirit : The Torch With her goofy facial expressions, Fu Yuanhui has captured the world's attention — if not the gold — and is changing the way Chinese think about the Olympics and how athletes should speak and behave. 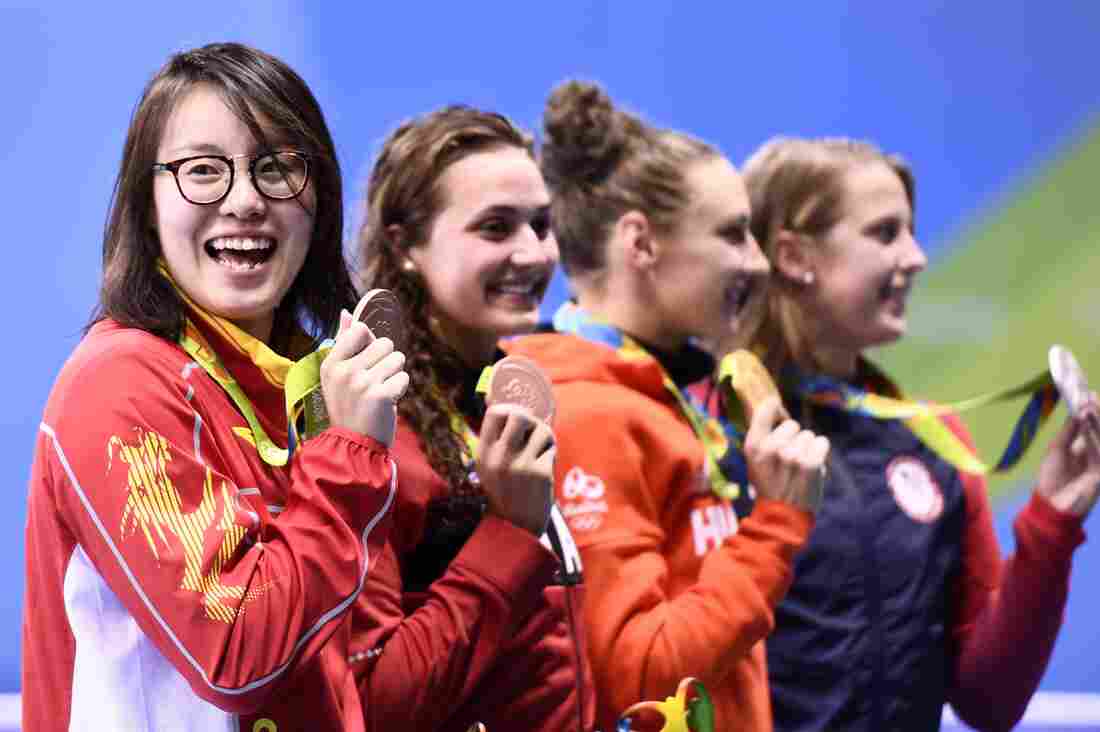 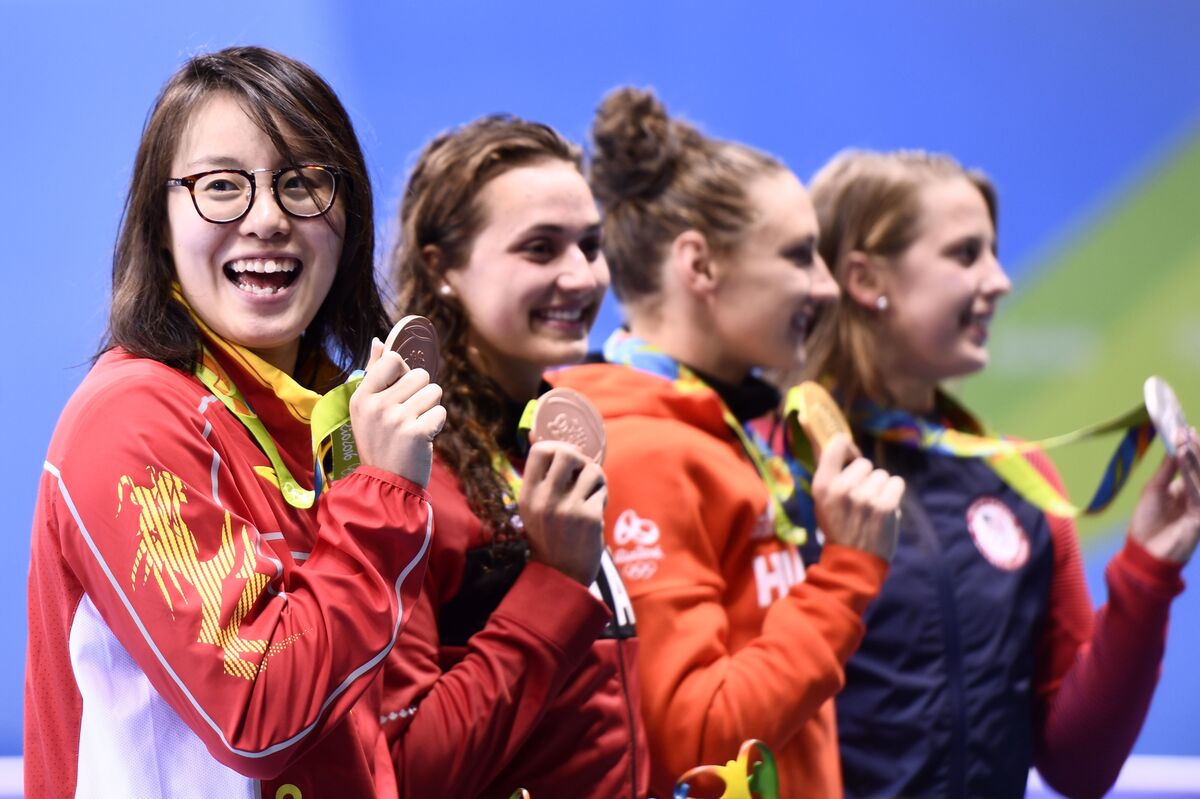 Her return from Rio was not triumphant because of the bronze medal she won, but because of the Olympic spirit she showed — and the dramatically new and different vision of sports and athletes that she suggested to a country in transition away from decades of a Soviet-style, state-run sports system.

Fu, a resident of eastern Hangzhou city, became famous practically overnight, thanks to a CCTV5 interview after she qualified for the 100-meter backstroke final last week.

Fu was ecstatic to hear from her interviewer that her semifinals time of 58.95 seconds was faster than she had thought. "Was I that fast?" she gasped, alternately gaping, beaming and bugging her eyes out.

She described her grueling training regimen and said she had "expended my primordial energies" to get these results, a phrase that, along with the interview, has gone viral on the Internet.

In other footage from the Olympics, Fu pouts and giggles, wags her tongue and pumps her fists in madcap eruptions of gleeful energy.

She also broke a taboo by mentioning in an interview that she was swimming with considerable pain due to her menstrual period.

Fu has picked up millions of followers on Weibo, China's version of Twitter, and unleashed a merchandising maelstrom of T-shirts, phone cases and other baubles on Taobao, a Chinese website analogous to Amazon and eBay.

John Yan, a veteran Beijing-based sports commentator, says Fu is skilled at using social media "to express her feelings, her success, her disappointment. It comes out to be a real human being, a real person, and that's what, you know, warms up the whole nation."

But Yan cautions that Fu is an anomaly who "stands out among the muted majority" of China's largely conservative mainstream society. "She's a very special one."

By contrast, spectators watched last week as Chinese weightlifter Meng Suping struggled to lift a combined weight 307 kilograms, about 676 pounds, to claim the gold in women's weightlifting. The audience applauded as she knelt on the floor and kowtowed, repeatedly lowering her head to the floor in gratitude. 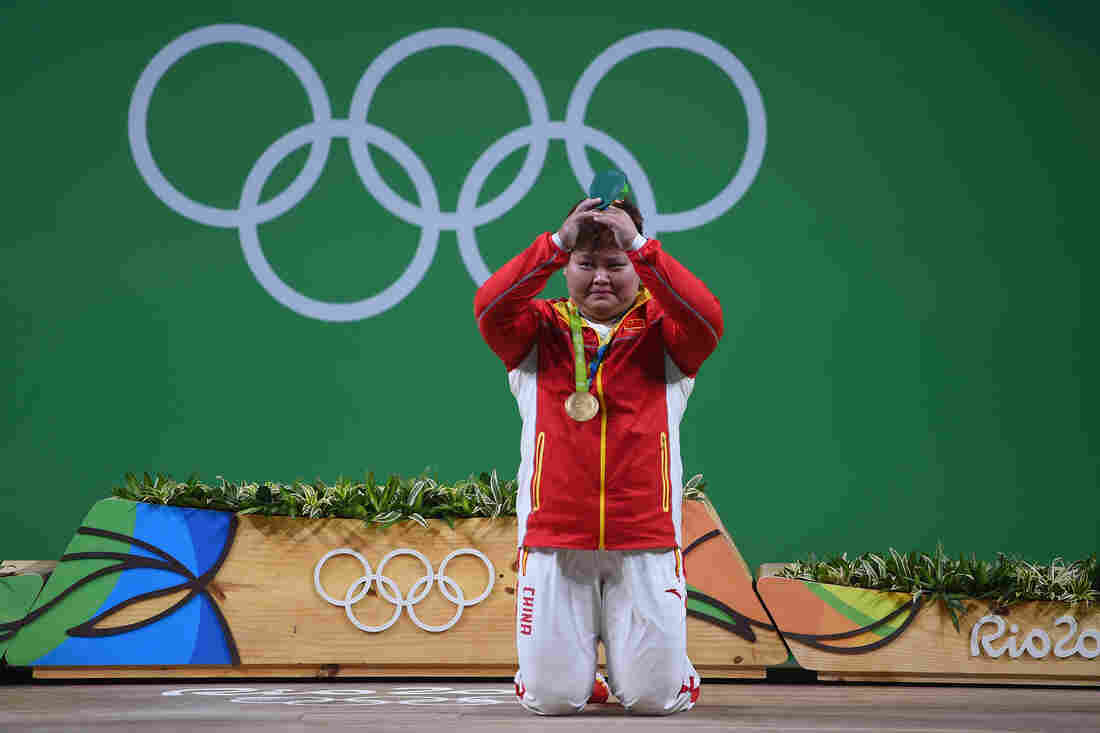 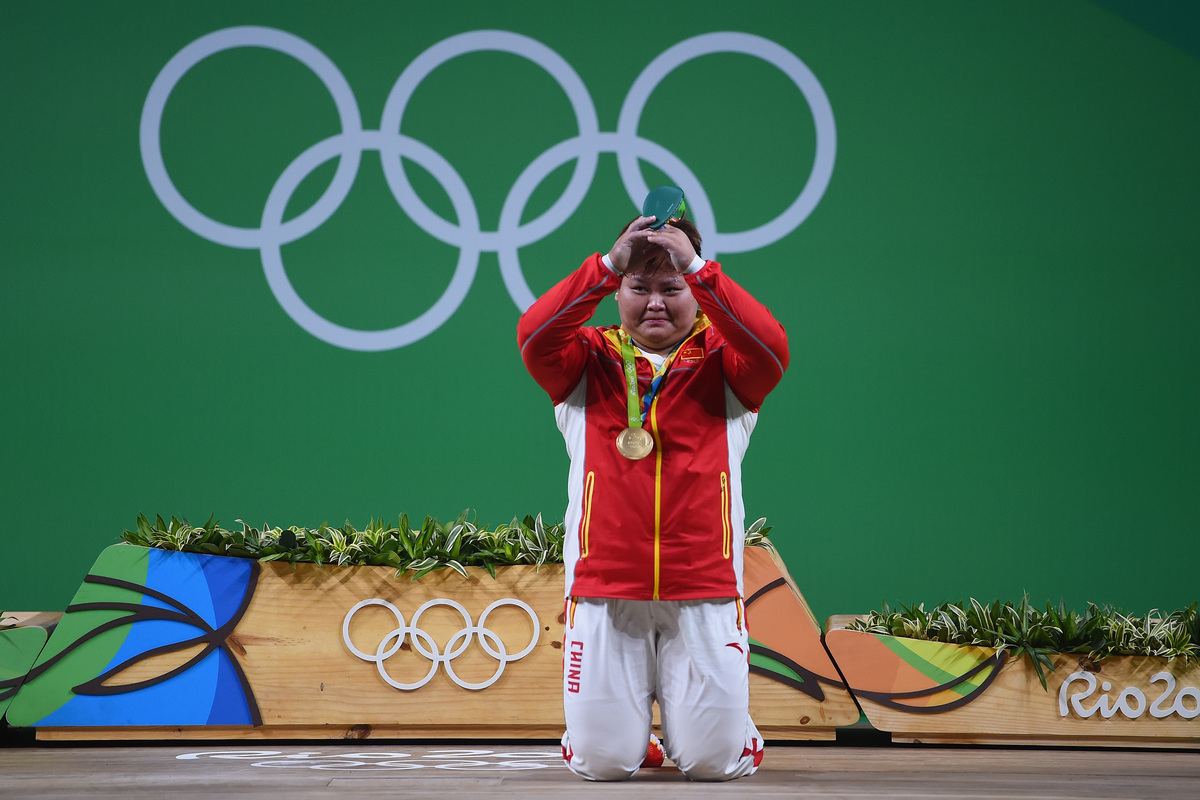 Gold medalist Meng Suping of China kneels on the podium during the medal ceremony for the women's weightlifting 75 kg group on Aug. 14 in Rio de Janeiro.

In media interviews, she thanked China, its leaders and the ruling Communist Party for giving her the chance to fulfill her duty to the nation. Chinese athletes are generally expected to be self-effacing and to subordinate their personal ambitions to the nation's — unlike Fu, who was "very pleased" to simply reach a new personal best, despite failing to win the gold.

These athletes are selected at a young age to be cultivated by the state system. The system is criticized for the harshness of its training (even as it is praised for the results it gets) and for the limited options left to those who fail to reach the pinnacle of their chosen sport.

China Kicks Off 'Great Leap Forward' On The Soccer Field

China's leaders, meanwhile, continue to see the Olympics as a contest of national strength. They're willing to spend large sums of money to develop sport as a tool of "soft power" with which to earn the world's respect.

President Xi Jinping is the country's soccer fan in chief and has mandated a nationwide push to train children at the local level, hire top international coaches and eventually host and win a soccer World Cup.

But Yan says that Chinese sports fans are increasingly mature, enjoying sports and good sportsmanship for their own sake.

"The race for No. 1 or No. 2 in the medal table has not grabbed so much public attention," Yan notes. "I think it's a kind of positive change."

China currently ranks second in overall medals behind the U.S. and trails both the U.S. and U.K. in the gold count.