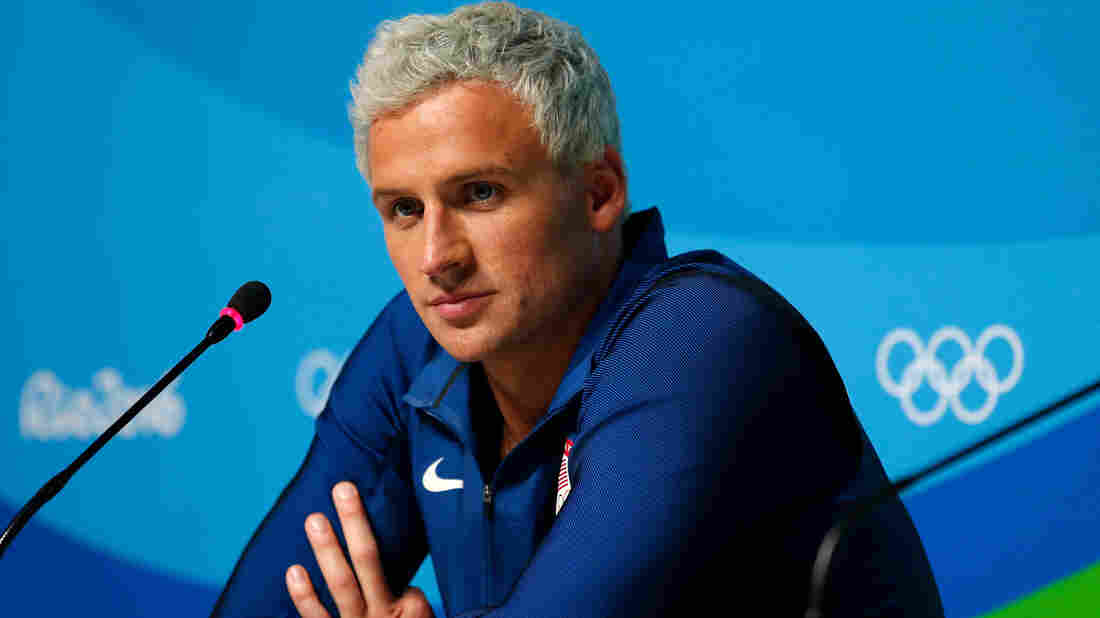 Ryan Lochte is back in the United States, his attorney tells NPR. Police in Rio want to speak to the swimmer about his claims of being a victim of a robbery. Matt Hazlett/Getty Images hide caption 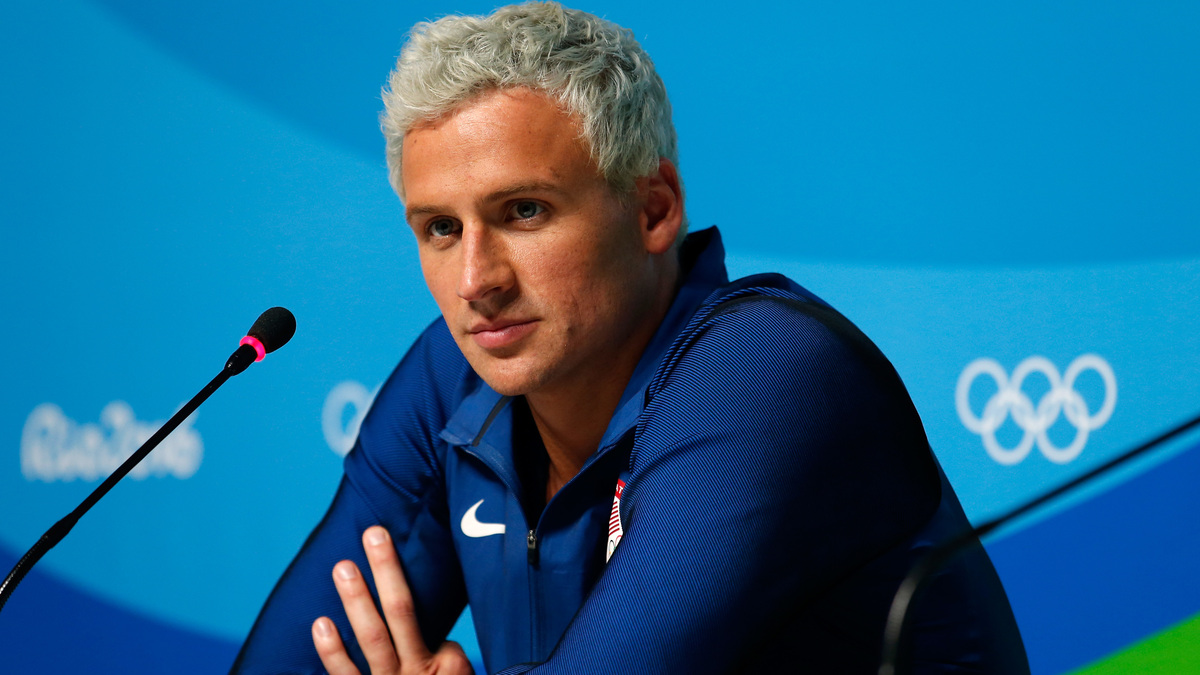 Ryan Lochte is back in the United States, his attorney tells NPR. Police in Rio want to speak to the swimmer about his claims of being a victim of a robbery.

Police visited the athletes' village in Rio Wednesday, hoping to seize the passports of Ryan Lochte and James Feigen as part of an inquiry into Lochte's report that he was the victim of a robbery — a crime that has since been called into question.

Lochte's attorney, Jeffrey M. Ostrow, tells NPR that the decorated swimmer is already back in the United States.

Gunnar Bentz and Jack Conger, who were with Ryan Lochte last weekend when their group reportedly suffered a robbery, are now speaking to police, the U.S. Olympic Committee has confirmed.

Police stopped the two swimmers at Rio's Tom Jobim International Airport, taking them off their flight back home in order to question them.

A remaining question regards the whereabouts of Feigen — he reportedly checked into the same flight as Bentz and Conger, but he did not board the plane.

"Local police arrived at the Olympic Village" this morning, according to a statement from the U.S. Olympic Committee, "and asked to meet with Ryan Lochte and James Feigen and collect their passports in order to secure further testimony from the athletes."

In a follow-up email to our initial exchange, Ostrow says that Lochte "gave a witness statement under oath" to police while he was in Rio. He adds, "Since that time, they have not reached out to either Ryan nor me to ask for additional information in connection with their investigation."

The police visit came as questions have intensified around Lochte's account from this past weekend, when he told NBC that he and three other swimmers — including Feigen — were robbed after a taxi they were traveling in was stopped by thieves posing as police.

As you might recall, Lochte's description included this line: "I put my hands up, I was like 'whatever.' He took our money, he took my wallet — he left my cellphone, he left my credentials."

But police have had trouble verifying that version of events — and a video recently emerged that purportedly shows Lochte and his fellow swimmers returning to the athletes' village on the night in question, passing through a security checkpoint where a surveillance camera filmed their movements.

When that video was published on The Daily Mail's website, it was initially described as showing how Lochte "and his shaken teammates slunk back into the Athletes Village after a night of partying ended in a chilling gunpoint robbery."

But a close viewing of the video shows that Lochte and his friends were wearing their watches when they returned — and that they put their cellphones and other belongings into baskets at the security gate. Here in Rio, the video intensified questions about whether thieves would neglect to take cellphones — a valuable commodity.

The group of swimmers also seemed to be relaxed and joking, rather than looking shaken up by a crime, the O Globo news site reports.

After news of the apparent robbery spread this past Sunday, Lochte issued a statement in which he thanked his family and fans for their concern. He added, "what is most important is that we are safe and unharmed."

As for where the swimmers are now, the U.S. Olympic Committee says Lochte and Feigen left the Olympic Village along with the rest of the swim team, following the end of their competitions in Rio.

We're not certain where Feigen is today; the USOC cites its standard security protocol in saying, "We do not make athlete travel plans public and therefore cannot confirm the athletes' current location."