Accessibility links
Rio Police Remove U.S. Swimmers From Flight To Ask About Reported Robbery : The Torch Gunnar Bentz and Jack Conger have now been released, U.S. officials say — but the pair are going to keep talking with police in Rio. 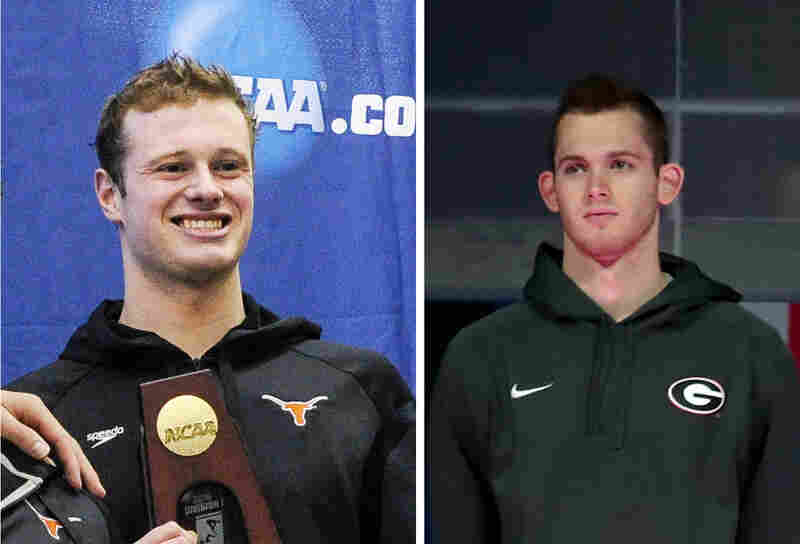 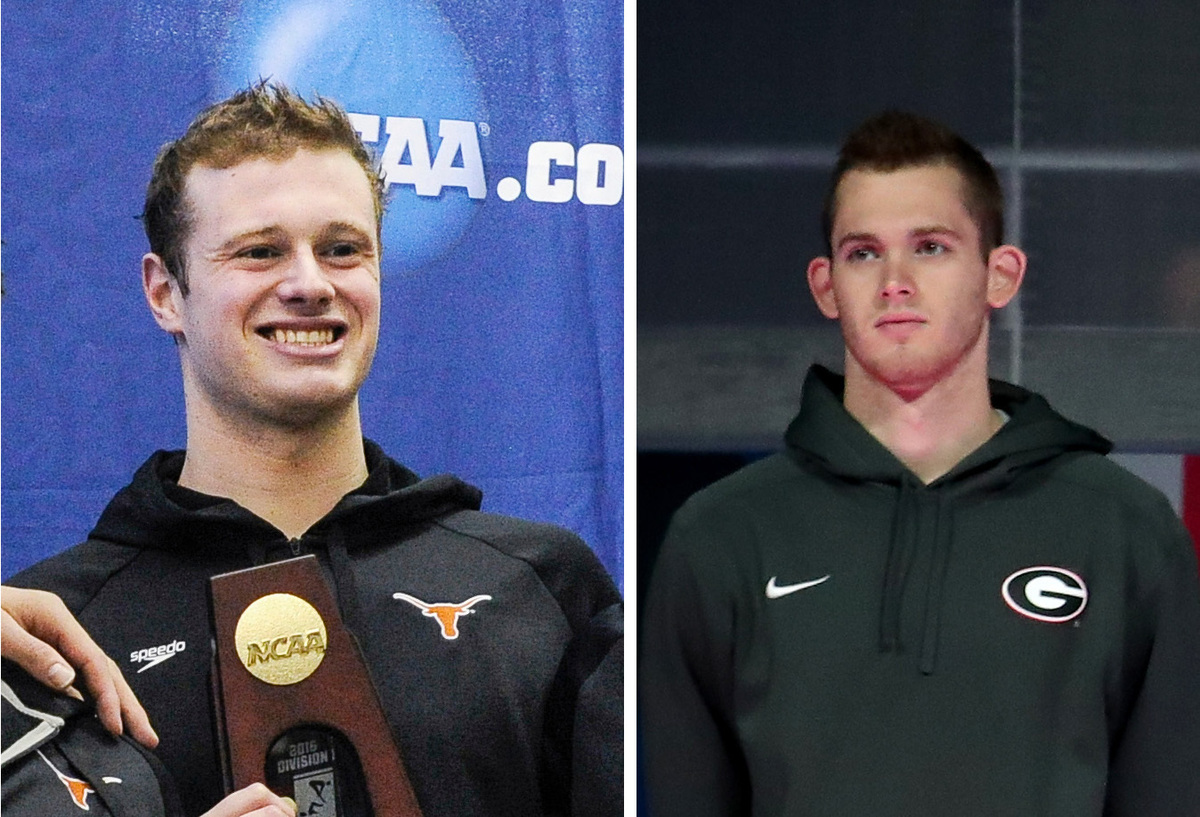 Gunnar Bentz and Jack Conger, American swimmers who were with Ryan Lochte last weekend when their group reportedly suffered a robbery, were pulled off their flight home from Rio's Summer Olympics on Wednesday by police seeking answers about the reported robbery.

Bentz and Conger have now been released, U.S. officials say — but the two athletes are going to keep talking with police in Rio. They were detained hours after officers attempted to seize the passports of both Lochte and another swimmer: Jimmy Feigen, whose whereabouts remain a matter of speculation, but who U.S. officials now say is also cooperating with police in Rio.

Police stopped Bentz and Conger at Rio's Tom Jobim International Airport, taking them off their flight back home in order to question them.

"Jack Conger and Gunnar Bentz were detained Wednesday night shortly before their flight was scheduled to depart from Rio. They were released by local authorities with the understanding that they would continue their discussions about the incident on Thursday. James Feigen is also communicating with local authorities and intends to make further statements regarding the incident on Thursday as well. We will continue to provide updated information as it is appropriate."

The newspaper O Globo reports that Bentz, 20, and Conger, 21, were taken to the Galeão civil police station — which, like the airport, is on Governador Island.

It's the latest development in a strange case that has left many puzzled — and has led to accusations in Brazil that the American swimmers fabricated their account.

News of the two Americans' questioning comes more than 12 hours after police visited the Athletes Village Wednesday morning, in an attempt to speak with Lochte and Feigen about the account that they had given police under oath. But Lochte had already left for the U.S., and his attorney told NPR earlier today that he had not received any official requests to speak with the decorated Olympic swimmer.

A central question right now regards the whereabouts of Feigen, 26; early Wednesday, we saw reports that he, like Lochte, had returned back home in the U.S. But later in the evening, we saw reports that Feigen may have checked in for the same flight as Bentz and Conger but was not detained by police.

On Sunday, the swimmers described being robbed after a late-night party, with Lochte saying armed men took his wallet. But the story has raised questions here in Brazil, particularly after surveillance video emerged that purportedly shows the athletes returning to the Athletes Village on the morning in question, still in possession of their cellphones, watches and other items that are often targeted by thieves.

The video, which was first published by The Daily Mail, also seems to show the athletes in a relaxed mood, with Lochte swinging his credential at one of his friends.

Feigen swam in the 4x100-meter freestyle relay; he lives in Charlotte, N.C., according to his official Olympics biography.