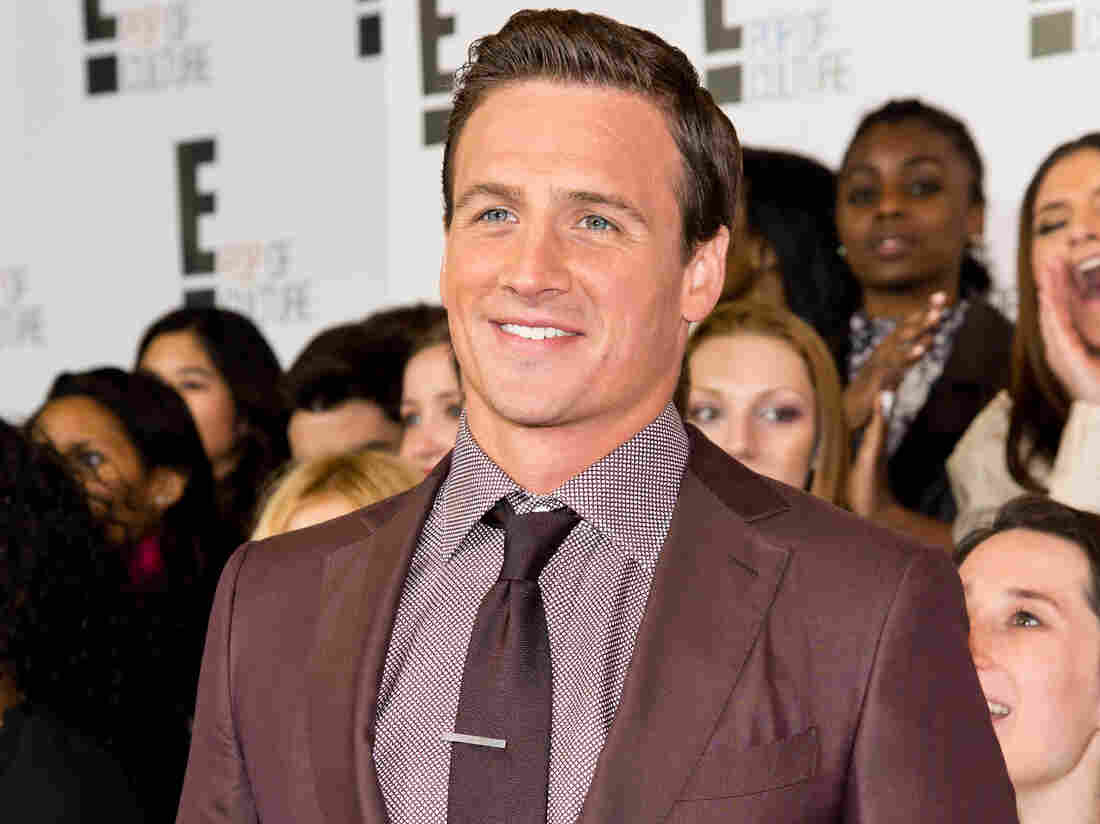 Ryan Lochte attends an E! public relations event in New York City in 2013. Lochte starred in a short-lived reality show for the network that year called What Would Ryan Do? Gilbert Carrasquillo/Getty hide caption 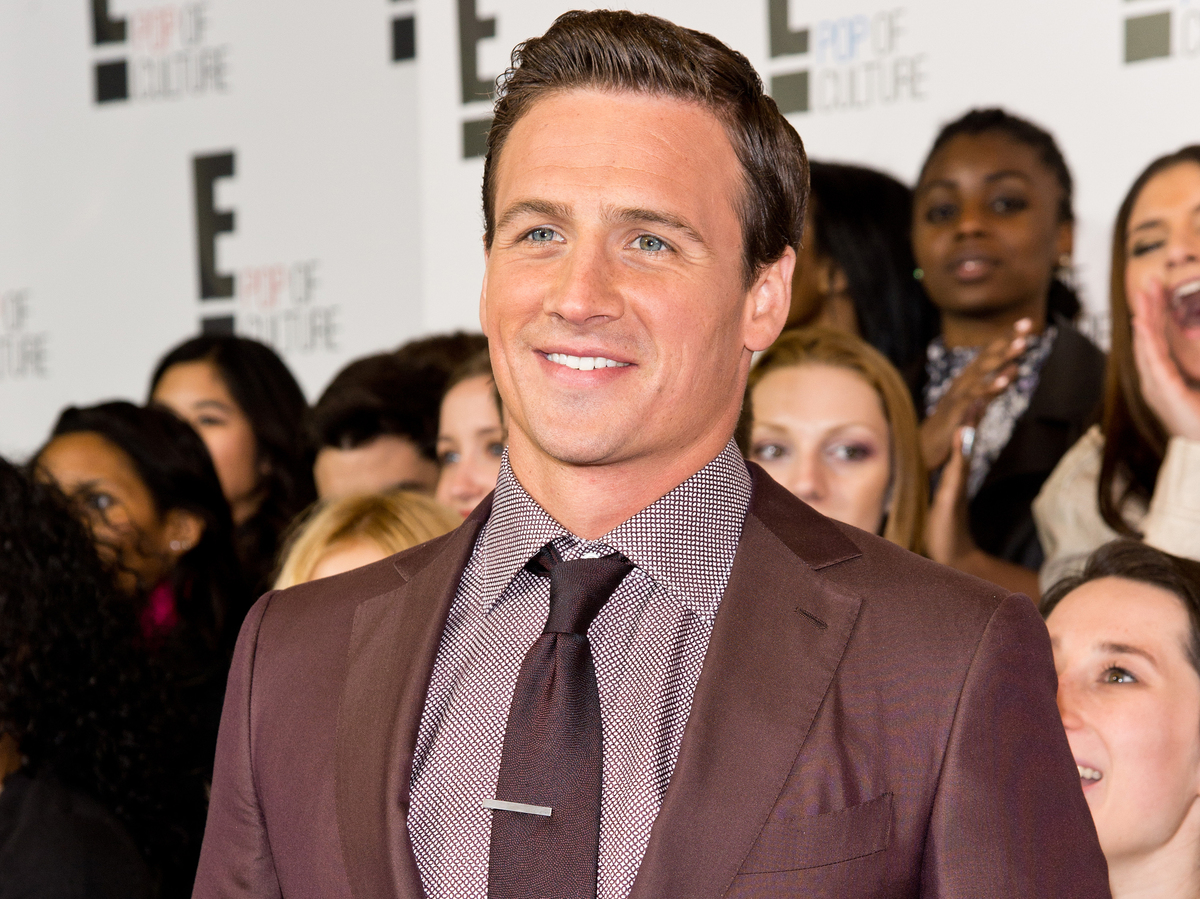 Ryan Lochte attends an E! public relations event in New York City in 2013. Lochte starred in a short-lived reality show for the network that year called What Would Ryan Do?

We should have been prepared for the Ryan Lochte drama in Rio. We've seen this reality show before. Or at least we could have, if we were paying very close attention to the E! television channel back in 2013.

After Lochte's strong showing at the London Olympics in 2012, which included five medals, the swimmer and E! teamed up for a reality show called What Would Ryan Do? It offered an intimate look at his decision-making process under the influence of tequila shots, bright lights and lots of young women, all while not wearing a shirt. Lochte, that is, not the women.

The simple premise was to shadow Lochte, his frat-boy persona and his love of partying, for eight less-than-riveting episodes. It wasn't memorable, but it did give us his signature phrase, "Jeah!"

Unfortunately, E! didn't stick with it through the Rio Games.

Ryan "is an incredibly endearing personality who is sexy, entertaining and fun," E! President Suzanne Kolb said before it launched. "Watching this show, I believe people will fall into three categories: They want to be him, sleep with him or mother him."

It may not be fair to drag Lochte's mother into this, but she unwittingly played a key role in the circus playing out in Rio.

On Sunday morning, Ileana Lochte was the first to tell the media her son had been robbed.

"I think they're all shaken up. There were a few of them," she told USA Today, adding that she learned this in a text from her son. "They were just, they just took their wallets and basically that was it."

On Thursday, two of Lochte's teammates who were with him that night confirmed that the foursome actually vandalized a gas station bathroom, were asked to pay for it, and got testy. They also confirmed that they fabricated the robbery story.

Lots of teenagers don't give their moms the straight story about what happened on a Saturday night. But Lochte is 32, and once his mom spoke out, there was no turning back.

U.S. Olympic officials initially denied he was robbed. But a couple of hours later, Lochte gave an interview to NBC:

"And then the guy pulled out his gun, he cocked it, put it to my forehead and he said, 'Get down,' and I put my hands up, I was like 'whatever.' He took our money, he took my wallet — he left my cellphone, he left my credentials." 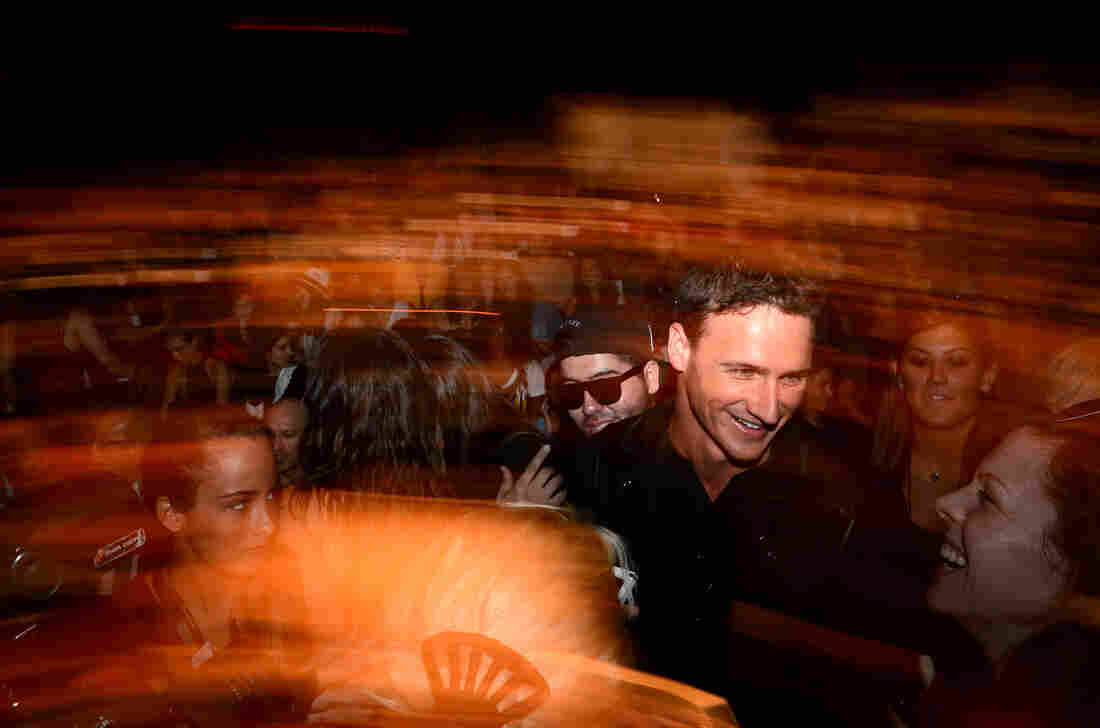 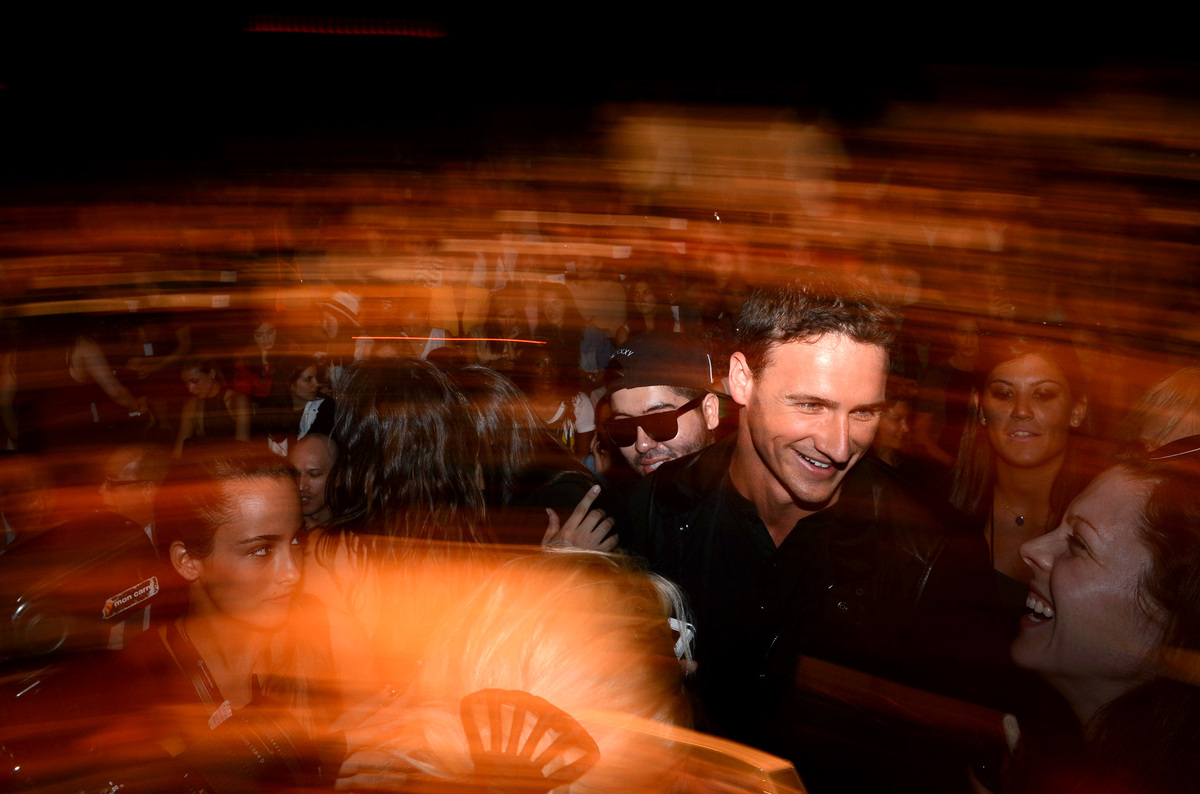 Since then, the story has had more flips and turns than Lochte's races in the pool. Here's the video of Lochte and his three teammates at the gas station where the episode took place in the early hours of Sunday. You can see our full story here.

In short, Lochte's initial account of an armed robbery, with a cocked gun to his head, was actually a dispute at the gas station over access to the bathroom. The United States Olympic Committee issued a statement Thursday night apologizing for "an act of vandalism" by one of the Americans, who was not named.

"The behavior of these athletes is not acceptable," the statement added.

But here's the larger story: Lochte has badly tarnished one of the great Olympic careers of all time. Over four Olympiads, he's won 12 medals, six of them gold, including a gold in the 4x200 freestyle relay in Rio.

Lochte and Phelps are less than a year apart in age, and Lochte's performances have always played out in the wake of Phelps' unprecedented achievements. Lochte's been great, but not quite as great as Phelps. Stories about Lochte tend to focus on his laid-back attitude, his love of nightlife or his bleached-blond hair that turned green in the pools of Rio.

Well, he finally eclipsed Phelps, for all the wrong reasons.

Phelps had to deal with his own demons out of the water. He got his second DUI in 2014, and responded by going to rehab, coming out of retirement and rededicating himself to swimming. With his fiancee in Rio cheering him on and their child in her arms, Phelps appeared more grounded and focused than four years ago.

Lochte, in contrast, seemed plagued by an ailment that afflicts many athletes who never quite know how to handle themselves away from their tightly regimented training routines.

His Rio Games over, it was time for a Saturday-night party. Why not? It's great to be young and celebrated and recognized by everyone at the Olympic Games.

Yet after his remarkable career, he is likely to be best remembered for a bit of late-night mischief that he then turned into an international incident. A silly story worthy of a reality TV show: Ryan Lochte Did WHAT?