Accessibility links
'We Apologize' To Rio And Brazil, U.S. Olympic Committee Chief Says : The Torch Apologizing for the behavior of Ryan Lochte and three other swimmers, Scott Blackmun announced that two of them have left Rio. A third is reportedly paying out nearly $11,000 to get his passport back. 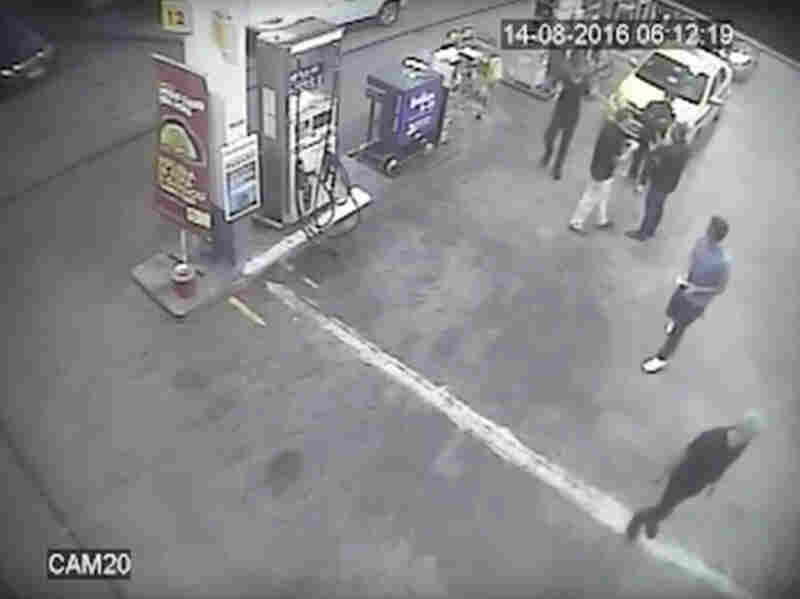 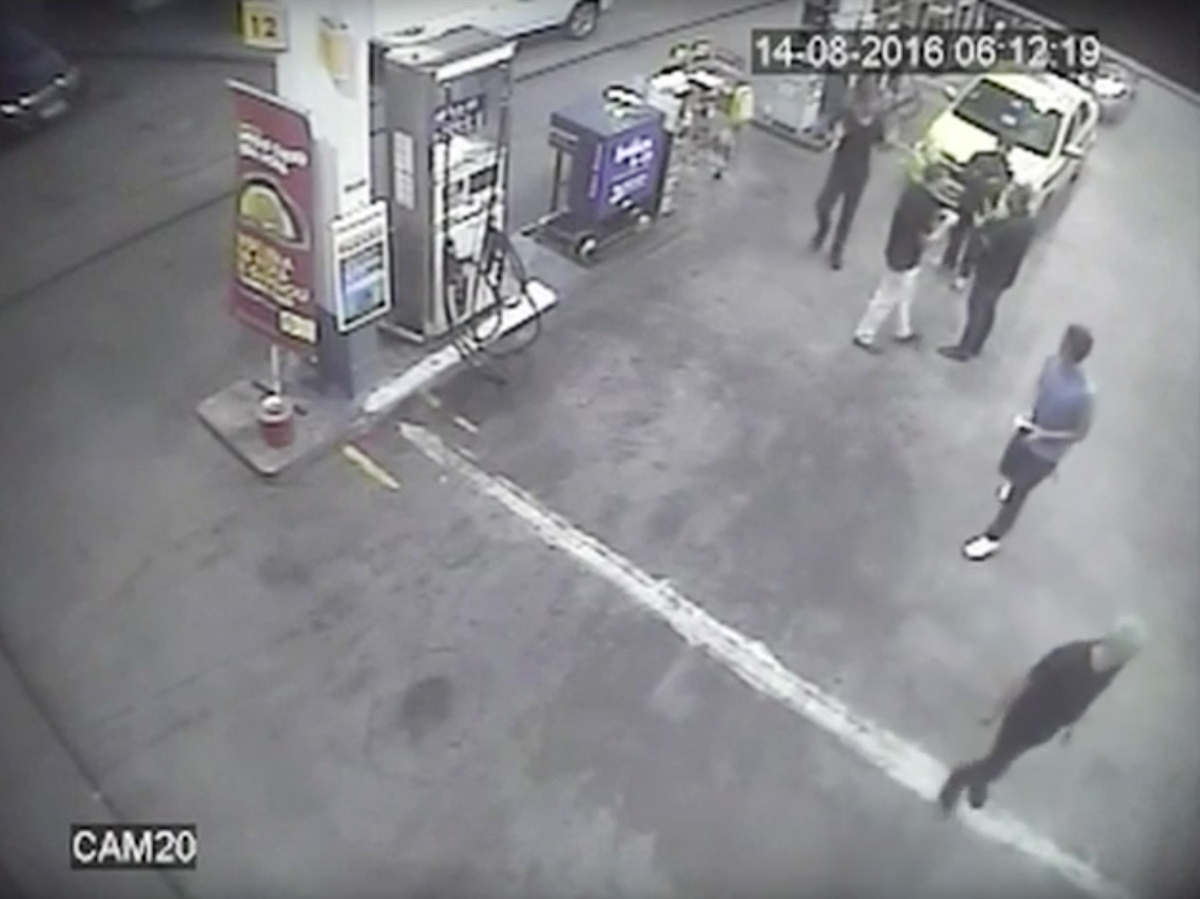 In this surveillance video frame released by Brazilian police, swimmers from the U.S. Olympic team appear with Ryan Lochte (right) at a gas station last weekend. A top Brazil police official said the swimmers damaged property at the gas station.

Announcing that two swimmers have now flown out of a Rio airport after being detained by police, U.S. Olympic Committee CEO Scott Blackmun is apologizing for how the pair and two other swimmers behaved in Brazil.

"The behavior of these athletes is not acceptable," Blackmun said, referring to swimmers Ryan Lochte, James Feigen, Gunnar Bentz and Jack Conger.

Bentz and Conger — who were taken off a plane at Tom Jobim International Airport on Wednesday and whose passports were seized by police who wanted answers about a reported robbery — gave statements to the authorities and have now been allowed to leave Rio de Janeiro, Blackmun said late Thursday.

Lochte has been back in the U.S. for several days.

Meanwhile, a lawyer for Feigen tells The Associated Press that the fourth swimmer has reached an agreement with a Brazilian judge, under which he will donate 35,000 reals ($10,800) to a group, get his passport back and leave Brazil. The attorney tells the wire service that under Brazilian law, donations can be made to avoid minor criminal charges.

'What Would Ryan Do?' Now We Know

"The money will reportedly be given to the Reaction Institute, a sporting program for at-risk youth," NPR's Lulu Garcia-Navarro reports.

Saying that the USOC had worked with the U.S. Consulate in Rio to coordinate the release of Bentz and Conger, Blackmun said:

"On behalf of the United States Olympic Committee, we apologize to our hosts in Rio and the people of Brazil for this distracting ordeal in the midst of what should rightly be a celebration of excellence."

Blackmun said that while U.S. officials haven't seen the formal statements made by Bentz and Conger, who were with swimming star Ryan Lochte last weekend when Lochte claimed they were robbed at gunpoint after a late-night party, he understands that Bentz and Conger's account matches what Rio police said earlier Thursday: that the robbery story was a fabrication.

"As we understand it, the four athletes (Bentz, Conger, [James] Feigen and Ryan Lochte) left France House early in the morning of August 14 in a taxi headed to the Olympic Village. They stopped at a gas station to use the restroom, where one of the athletes committed an act of vandalism. An argument ensued between the athletes and two armed gas station security staff, who displayed their weapons, ordered the athletes from their vehicle and demanded the athletes provide a monetary payment. Once the security officials received money from the athletes, the athletes were allowed to leave."

That account is similar to what the chief of Rio's Civil Police laid out Thursday, when he said, "There was no robbery."

USA Swimming Executive Director Chuck Wielgus issued his own statement tonight, in which he said, "The last five days have been difficult for our USA Swimming and United States Olympic families."

Saying that he doesn't condone the conduct or judgment of the athletes, Wielgus added, "That this is drawing attention away from Team USA's incredible accomplishments in the water and by other athletes across the Olympic Games is upsetting. The athletes and their remarkable stories should be the focus."

Saying that the athletes' behavior runs contrary to the values of Team USA, Blackmun said, "We will further review the matter, and any potential consequences for the athletes, when we return to the United States."