Accessibility links
U.S. Women Win Water Polo Gold Medal, Repeating As Champions : The Torch It's the most goals ever scored in a women's water polo final, and the widest margin of victory. 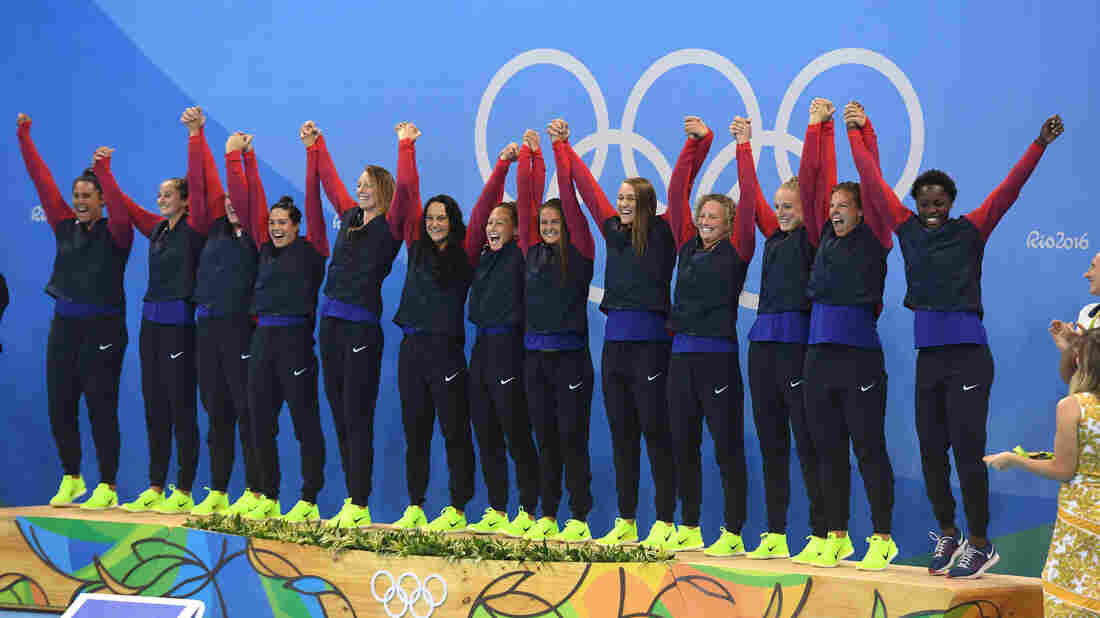 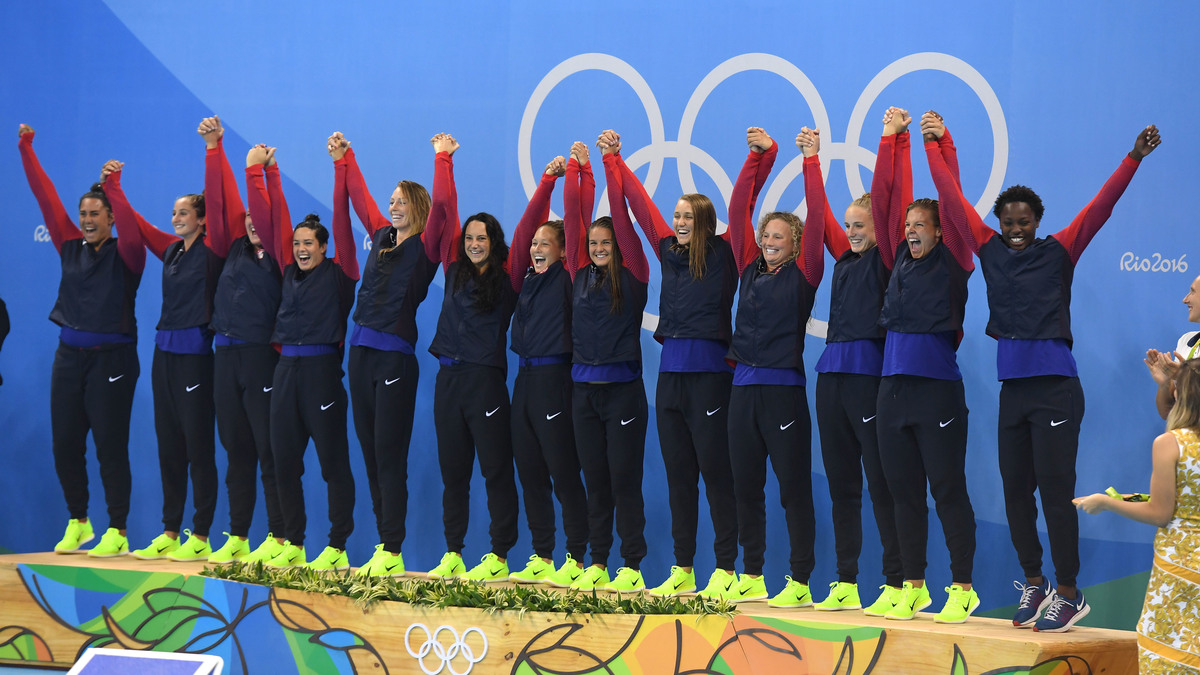 Gold medal winners on the U.S. women's water polo team celebrate on the podium after beating Italy in Rio de Janeiro on Friday.

The U.S. women's water polo team dominated Italy in a 12-5 win in their gold medal match Friday to become the first women's team to win gold at consecutive Summer Olympics.

It's the most goals ever scored in a women's water polo final, and the widest margin of victory, according to the Olympic News Service.

The American team scored four goals in two different periods — the first and the third — and while Italy fought its way back to trail 5-3 at the half, the U.S. players broke the game open after the intermission. Italy scored its final goal with just seconds remaining.

With the U.S. featuring strong and unselfish play on the offensive end of the pool, the Italians needed to score goals to keep up.

But many of their shots failed to get past American goalkeeper Ashleigh Johnson, who saved a crucial early penalty and 9 of 13 shots overall.

With its second gold medal in hand, the U.S. women's team has gone from being strong — it's never failed to medal at the Olympics — to bidding for a dynasty. Friday's win was the team's 22nd straight, a streak that goes back to a loss to Italy at the world championships in 2015.