Accessibility links
NBC's Matt Lauer Interviews U.S. Swimmer Ryan Lochte About Rio 'Robbery' : The Torch The U.S. swimmer seemed contrite as he took "full responsibility" for an exaggerated version of the events. He apologized for tarnishing the accomplishments of Olympians with his "immature behavior." 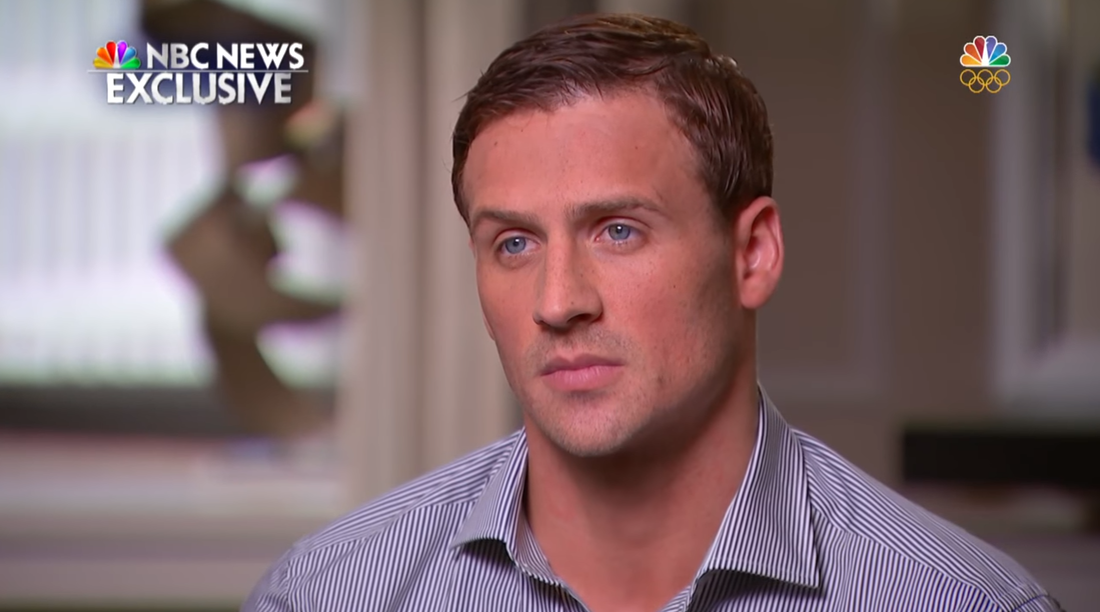 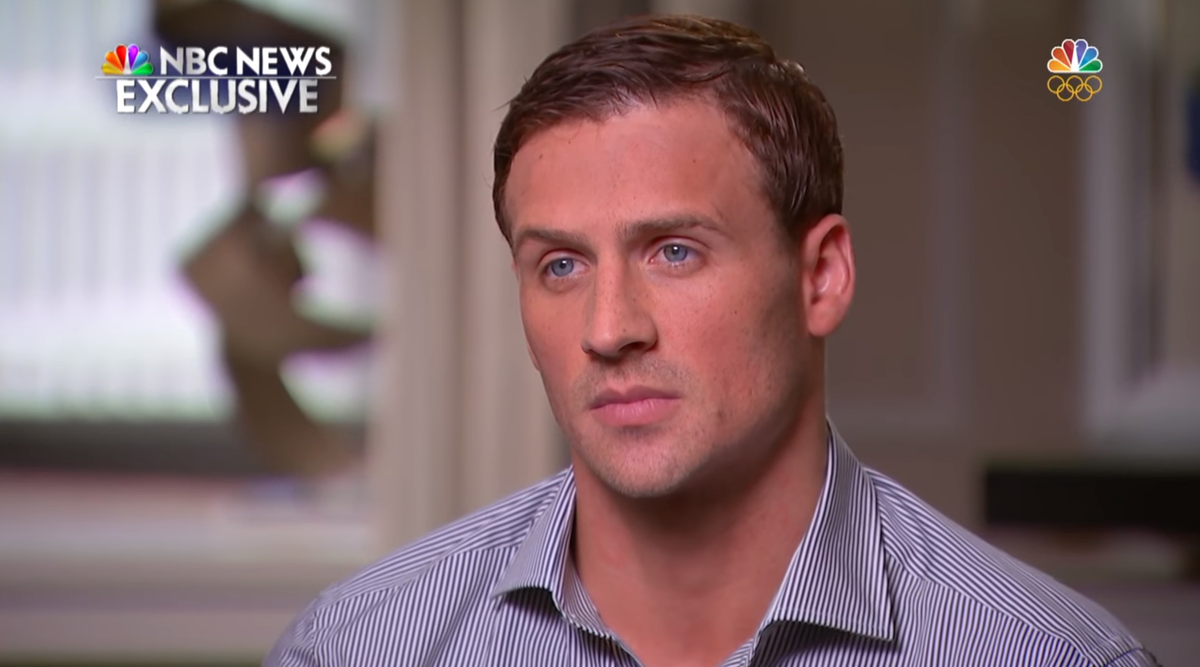 U.S. Swimmer Ryan Lochte sits down with NBC's Today show host Matt Lauer in an exclusive interview Saturday night to address the "robbery," at a gas station that Rio police later discredited as a fabricated story.

In portions of a full interview with NBC's Matt Lauer on Saturday night, U.S. swimmer Ryan Lochte attempted to clarify his role in the early morning episode at a Rio de Janeiro gas station last weekend.

One day after apologizing on social media, Ryan Lochte appeared remorseful and emotional, sporting a fresh comb over instead of his silver hair as he took "full responsibility" for his exaggerated version of the events and his "immature behavior."

Lochte, 32, initially said that he and three of his teammates — James Feigen, Gunnar Bentz and Jack Conger — were victims of a robbery, held at gunpoint by armed men posing as police after a night of celebrating.

His claims were later refuted by Brazilian police, who cited surveillance video and witness testimonies. Rio's Civil Police said Thursday, "There was no robbery."

This video below is a portion of a news segment originally broadcast on Brazil's O Globo, commenting on the incident involving U.S. swimmers at a gas station, as captured on surveillance video.

Lauer pressed Lochte on why he maintained his statement to police and to the media, including NBC, that they were "victims."

Lochte could not pointedly answer that question, but admitted, "I over-exaggerated that story."

The 12-time Olympic medalist got particularly teary-eyed when responding to how he felt being back in the U.S., while Brazil's police interrogated his teammates.

"I let my team down," Lochte said.

In his questions, Matt Lauer sidestepped some key details about that night's events. He didn't directly ask about the damage done by Lochte, according to Rio police, who called the swimmers "vandals," nor did Lochte touch on that key point as to why he pulled down what he referred to as framed metal advertisement.

The Today show host also didn't ask why Lochte went to the police to report the false story in the first place, but questions along these lines may come up in the full interview, set to air on Monday.