Accessibility links
Olympic Games 2016: U.S. Women Are The Biggest Winners In Rio : The Torch As in London four years ago, American women are taking home more medals than their male counterparts. It's a trend that's likely to continue.

U.S. Women Are The Biggest Winners At The Rio Olympics

U.S. Women Are The Biggest Winners At The Rio Olympics 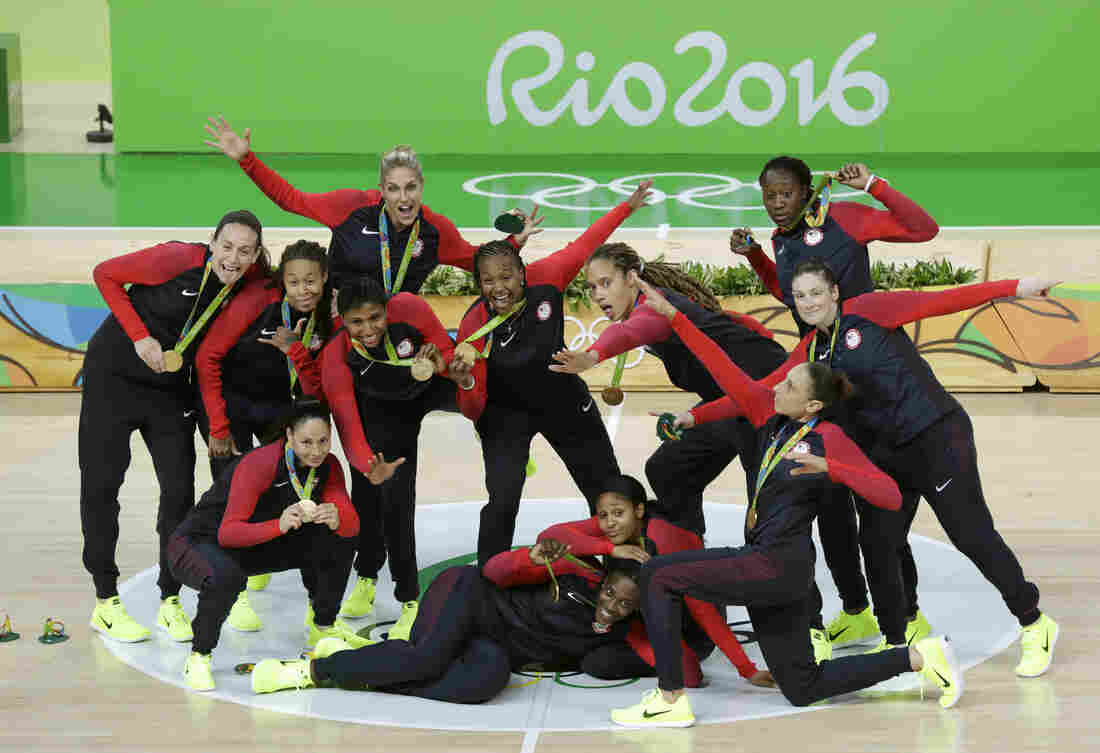 The U.S. women's basketball team poses Saturday after winning its sixth straight gold medal and its 49th straight game in the Olympics. The team's success reflects the growing dominance of U.S. women in recent Olympiads. The U.S. women have won more medals than the American men in the past two Summer Games. Charlie Neibergall/AP hide caption 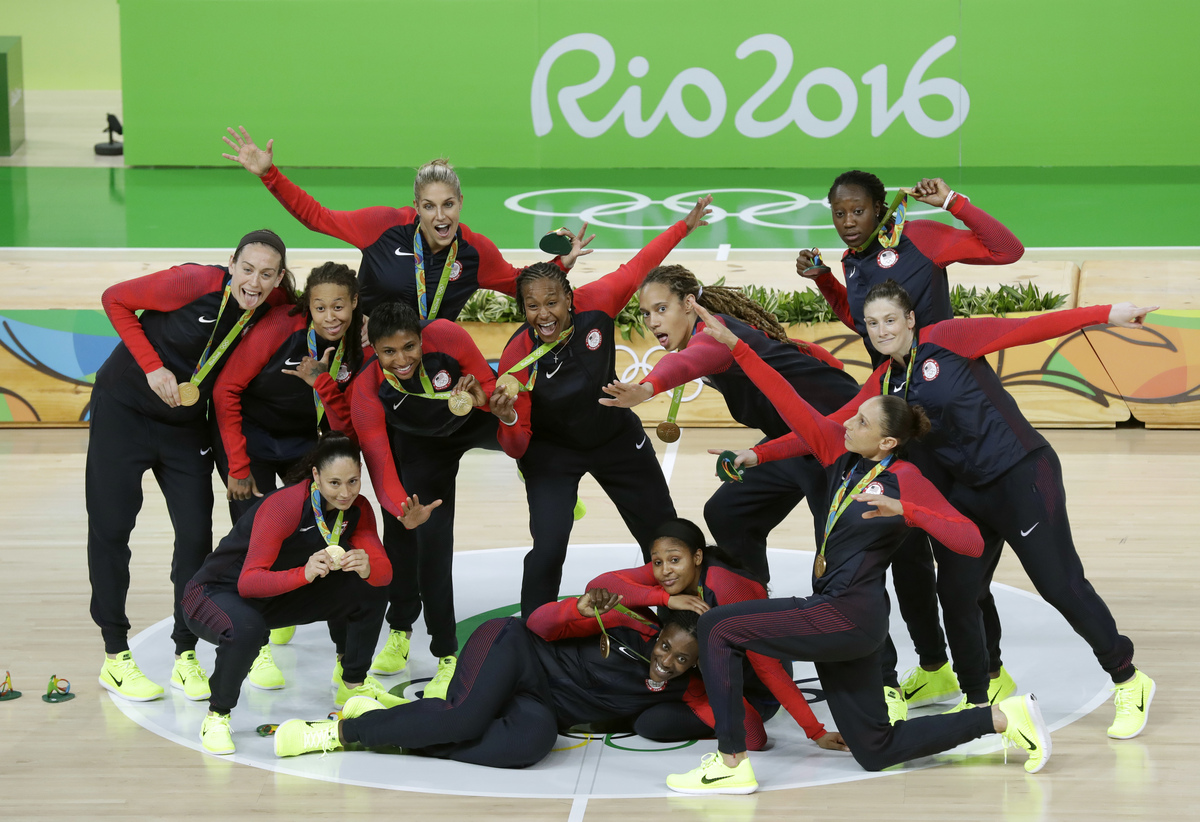 The U.S. women's basketball team poses Saturday after winning its sixth straight gold medal and its 49th straight game in the Olympics. The team's success reflects the growing dominance of U.S. women in recent Olympiads. The U.S. women have won more medals than the American men in the past two Summer Games.

No one is flying home from Rio with more medals than the U.S. women.

The full American squad — both men and women — won the most medals overall, 121, as has often been the case in the Summer Games. But first in London four years ago, and again in Rio, the U.S. women have captured most of those medals.

The U.S. women took 61, the men had 55, and there were five in mixed events, including equestrian and mixed-doubles tennis.

Olympic Moments: The Highlights And Lowlights From Rio

How good were the American women?

They won 27 of the 46 American golds. If the U.S. were divided into two countries, one male and the other female, those 27 golds for the women would tie them with Britain for most of any country, put them one ahead of China, and far ahead of the American men and everyone else.

This trend became clear in London, where American women won 58 medals of all colors, compared with 45 for U.S. men, the first time the women outpaced their male counterparts.

As we noted before the Rio games, American women were not always such a powerhouse.

At the 1972 Olympics in Munich, American women won 23 medals compared with 71 for the U.S. men. The women didn't win a single medal in gymnastics and had no golds in track and field.

But that same year, the U.S. Congress passed Title IX, barring sex discrimination in education programs that receive federal funding. This has helped revolutionize women's sports at both the high school and college levels.

American women are now dominant in many sports, including gymnastics, swimming, basketball, rowing, water polo and soccer. Americans took gold in all of those sports, except soccer, where they were upset by Sweden.

The U.S. had the largest overall team in Rio with 554 members, and the women (291) outnumbered the men (263) for the second straight Olympiad.

A range of factors

Other factors have helped American women at the Olympics over the past few decades.

Additional sports for women are added with regularity, including rugby in Rio. Top U.S. gymnasts emerge from the countless private gyms around the country, not through schools. And the former juggernauts from Eastern Europe, like the Soviet Union and East Germany, either don't exist or aren't what they used to be during their Communist eras.

Still, American athletes in Rio turned in extraordinary performances by any measure. Consider:

A few other notes on the final medal table:

Katie Daugert contributed the research to this report.