Accessibility links
Simone Biles: 'Excited' To Carry Flag, A Little Worried About Its Size : The Torch "I'm afraid the flag is going to be too heavy for me because Michael Phelps is so much taller and he seemed to carry it so easily," Simone Biles says, in a light moment at the end of the games. 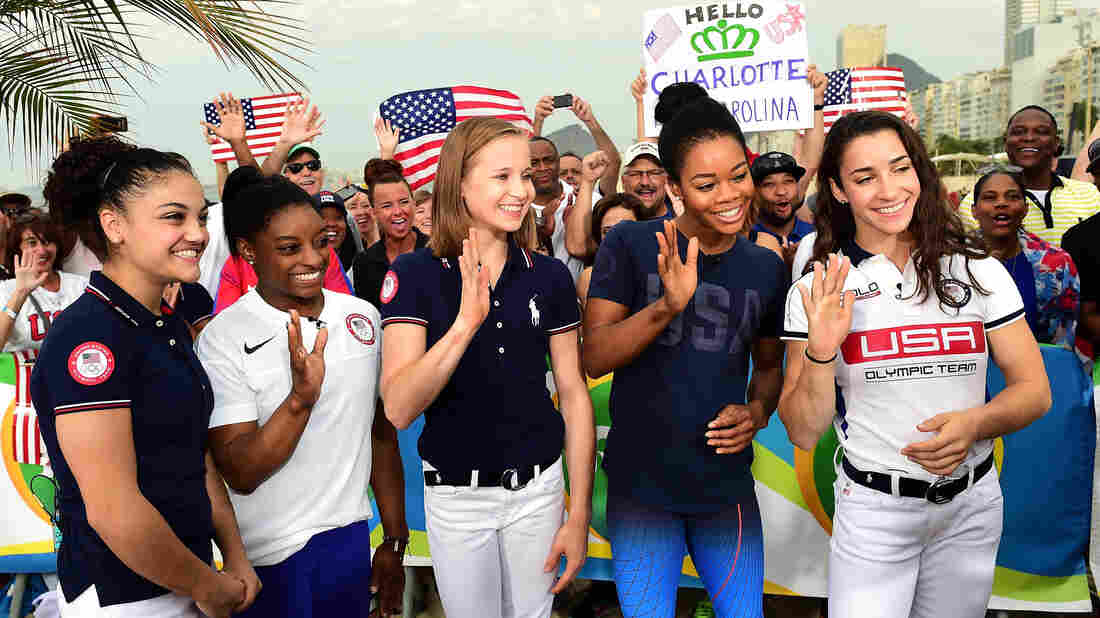 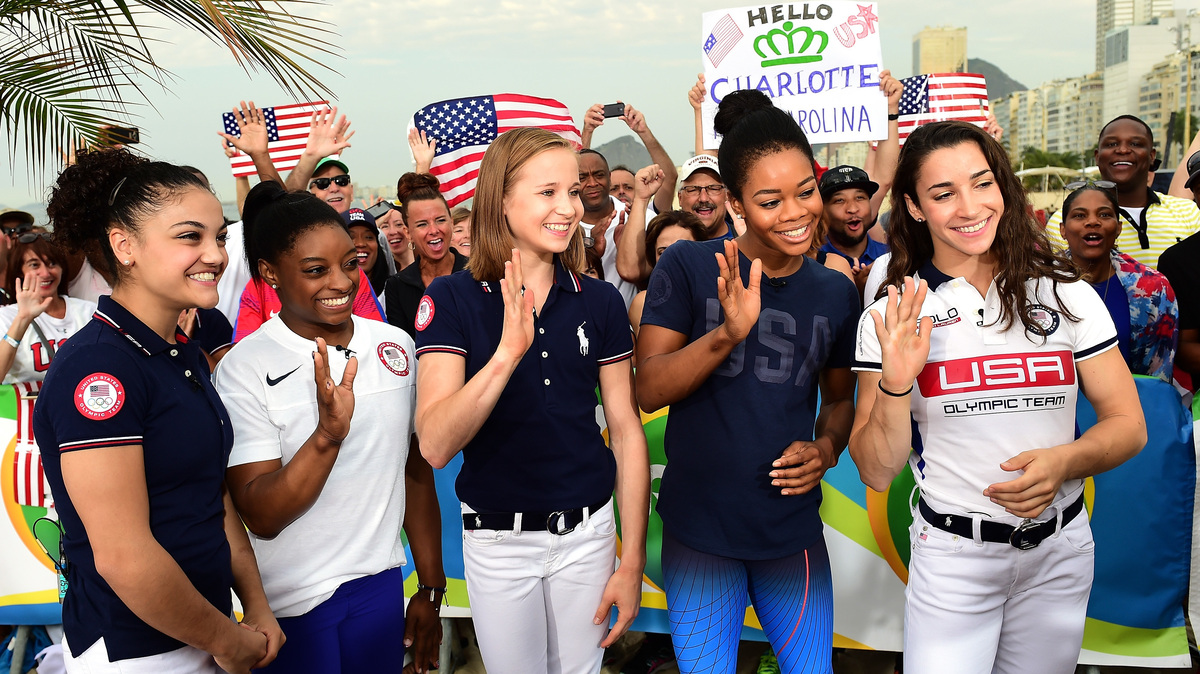 Members of the "Final Five" — U.S. gymnasts Laurie Hernandez, Simone Biles, Madison Kocian, Gabby Douglas and Aly Raisman — will go on tour together when they return to the U.S.

"I'm very excited, and I can't wait for my team to be with me so I can do that," says gymnastics star Simone Biles, hours before becoming the first gymnast to carry the U.S. flag since 1936.

Biles received that honor Saturday, being named the flag bearer for tonight's closing ceremony in a nod to an exceptional Summer Olympics in Rio. In Brazil, Biles, 19, collected four gold medals and a bronze. But the gymnast, who is listed at 4 feet 8 inches, admits that she's a little concerned about how she'll carry the flag.

"One of my biggest worries is like, I'm afraid the flag is going to be too heavy for me because Michael Phelps is so much taller and he seemed to carry it so easily and I'm very short," a smiling Biles said, drawing laughs from many in the news conference — including track star Allyson Felix, who was sitting next to her.

"So I'm a little worried about that part, but I think they'll guide me through it."

It was a light moment at the end of a U.S. Olympic Committee news conference wrapping up these games, which are now down to a handful of medals to be won on Sunday. And we'll add: The moment was light in part because we've all become used to expecting greatness from Biles. Who would underestimate her at this point?

For her part, Biles said, "Every single day that I've had here has been like a dream come true and it just keeps on getting better."

Biles has had company celebrating — she says that in Rio, she had around 40 family members cheering her on.

As for her plans after Rio, Biles isn't ruling out trying to return to the Olympic team for Tokyo's 2020 Summer Games.

Biles also said that she and the other members of the Final Five, the nickname for the talented women's gymnastics team, plan to go on a three-month Tour of Champions, visiting 36 U.S. cities.