Accessibility links
NBC Declares Rio A 'Media' Success, Though TV Ratings Were Down : The Torch NBC broadcast more than 6,000 hours from the Summer Olympics on various platforms and hailed it as a big triumph, even though TV ratings dropped off substantially from London in 2012. 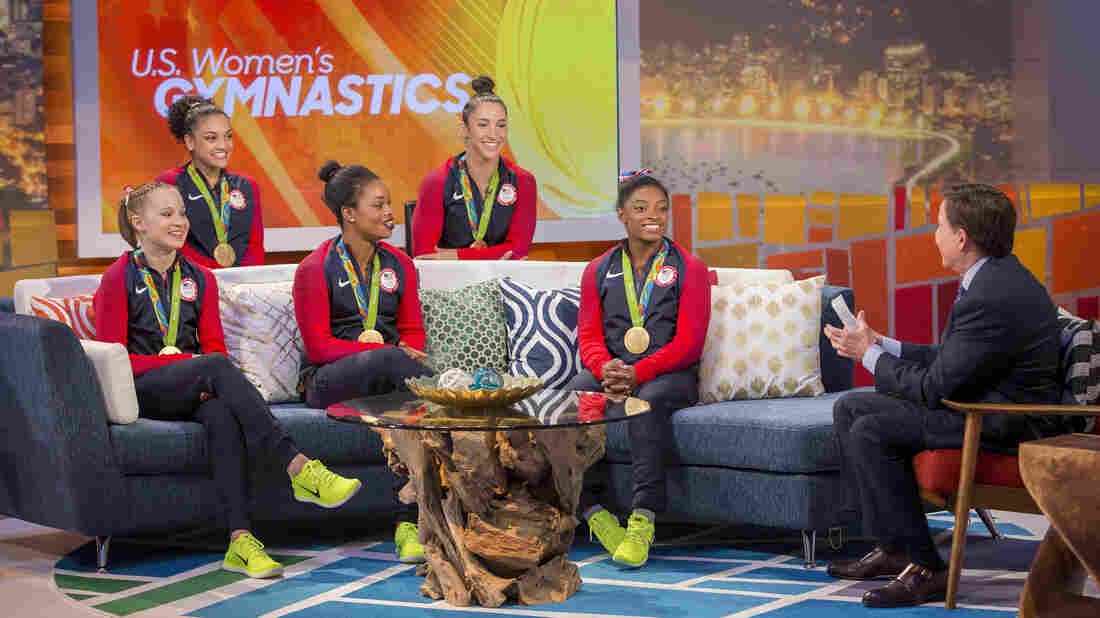 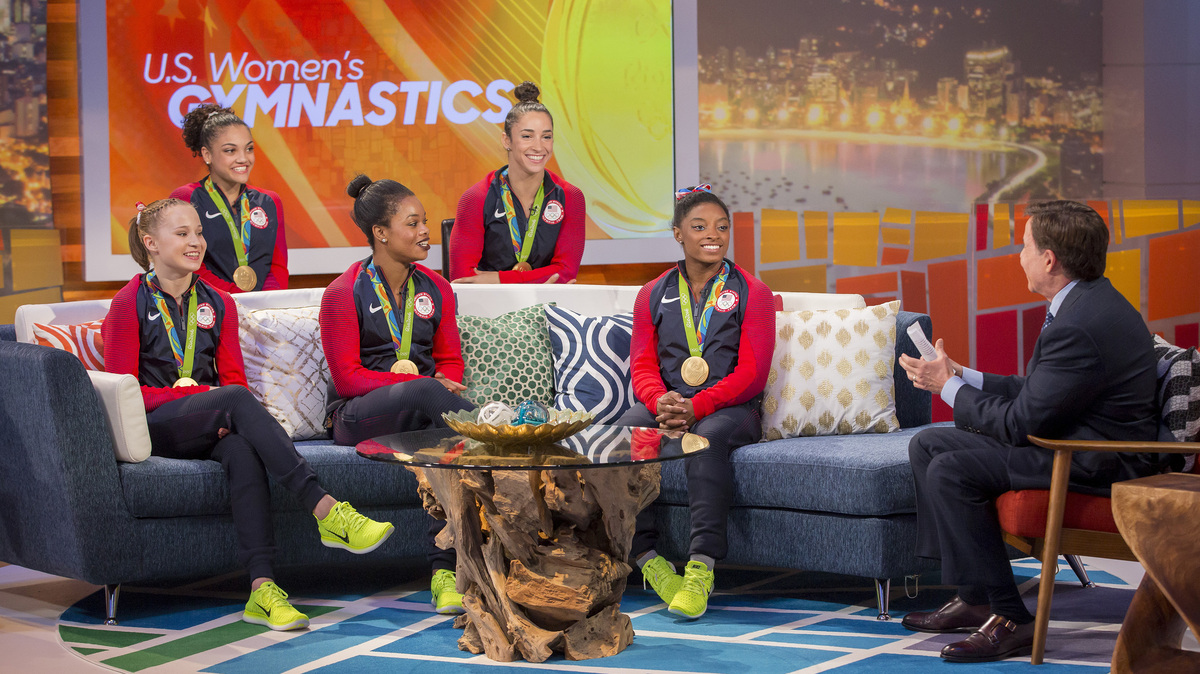 NBC had decidedly mixed results when it comes to ratings for its 17 days of coverage from the Summer Olympics in Rio.

According to figures released Monday, NBC drew an average total audience of 25.4 million viewers on its broadcast network in prime time, or 198 million people overall on TV.

Combine figures from broadcast, cable and online and the tally jumps to 27.5 million; enough to boost viewership for NBC programs like the Today show and NBC Nightly News while also bringing victories over network and cable TV competitors.

But those numbers weren't nearly as good as the ratings four years ago from the London Games, which drew an average 31.1 million viewers in prime time, according to an NBC release. Back then, the 2012 games were touted as the most watched TV event in U.S. history.

In fact, the average 27.5 million viewers drawn by the Rio Games were the first time the total audience went down from a previous Olympics since the contests in Sydney back in 2000, according to figures provided by NBC.

NBC tried to put a better spin on the ratings in its press release for the Rio Games, calling the Rio Olympics the most successful media event in history. That's because NBC this year broadcast 6,755 hours of programming on broadcast networks, online and over its NBC Sports app.

"Our planning production and presentation of the Rio games ... is the most impressive undertaking I've seen in the media world," NBC Sports Group Chairman Mark Lazarus said in the release. "This is the most ambitious task in the media business, and our team ... all deserve a gold medal."

The NBC release is careful to note that the 2012 Olympics didn't feature live events online and on cable channels at the same time as the network's prime-time coverage. That situation was a first for this year's games, which meant NBC might have been competing with itself for viewers of live events on its many different platforms.

It is possible that online viewing had an impact on TV ratings. NBC says a total of 100 million unique users accessed the digital coverage for the Rio Games, a 29 percent increase from the London Games.

The NBC Sports app even provided notification messages to smartphones and tablets alerting users when important games were about to start. But NBC's release also says 95 percent of prime-time viewers watched the games on the network, indicating online use still had a tiny impact on the most important viewership.

As usual, NBC racked up lots of complaints for its coverage, including barbs about the number of commercials. Social media ensured that even casual viewers knew how many events turned out before they were broadcast.

And the dominance of superstar athletes like Jamaican sprinter Usain Bolt and American swimmer Michael Phelps created a string of near-certain victories that could have removed some of the suspense.

Whatever the reason, this year's Olympics failed to deliver ratings in the way NBC had hoped, raising questions about whether viewers still see the games as appointment television.

Given that NBC has paid billions to air the games through to 2032, this might be a serious problem indeed over time.