Accessibility links
Russia Won't Boycott Olympics Over Ban For Doping, Putin Says : The Torch "Without any doubt, we will not declare any blockade, we will not prevent our Olympians from taking part," Russian President Vladimir Putin said one day after the IOC's decision. 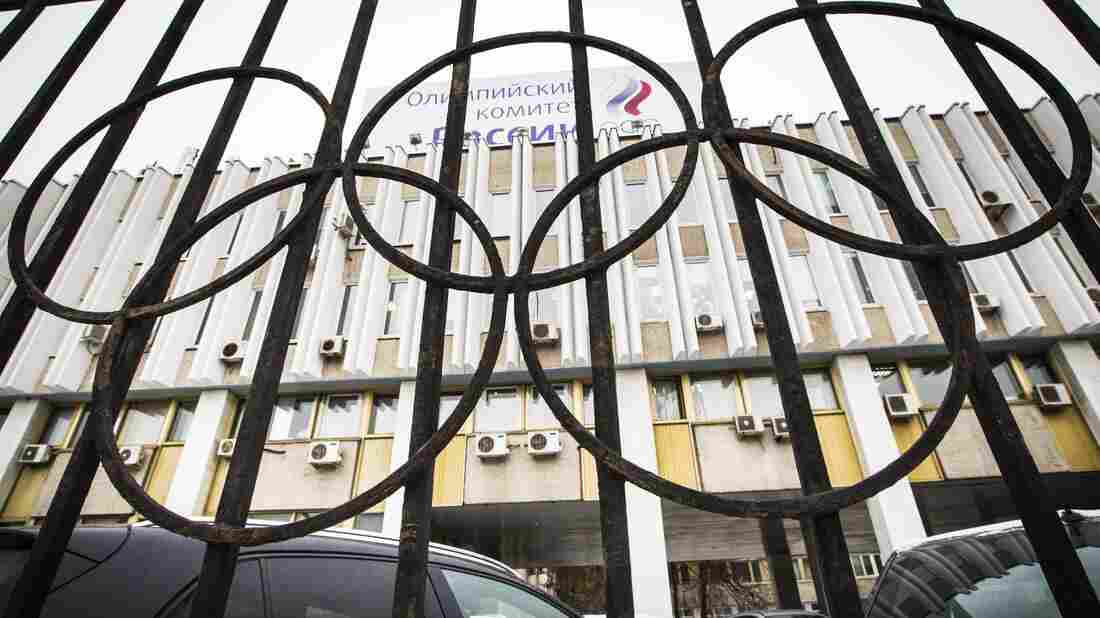 With the Russian Olympic Committee suspended by the games' governing body, Russian athletes must compete under a neutral flag if they want to participate in the Pyeongchang Winter Olympics. Alexander Zemlianichenko/AP hide caption 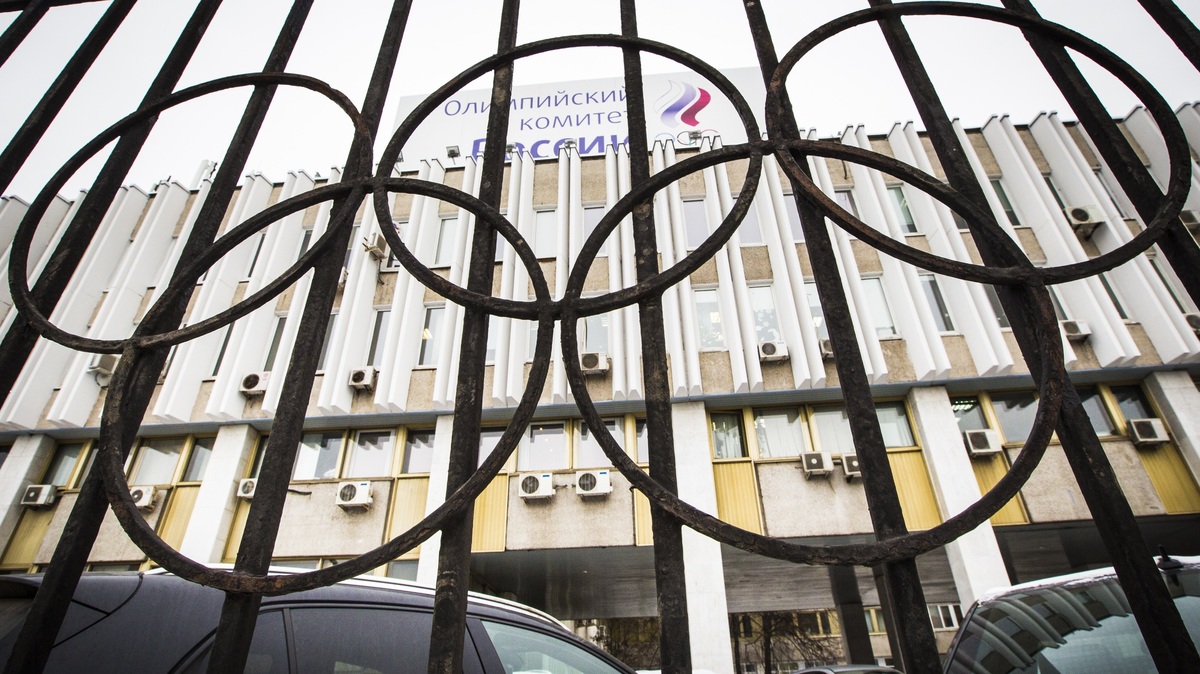 With the Russian Olympic Committee suspended by the games' governing body, Russian athletes must compete under a neutral flag if they want to participate in the Pyeongchang Winter Olympics.

Russia hosted the last Winter Olympics, in 2014. But the country is banned from being represented at the 2018 Games that start in February, after the International Olympic Committee said it found a widespread culture of Russian cheating through performance-enhancing drugs.

The ban was imposed on Tuesday; one day later, Russian President Vladimir Putin said he wouldn't stand in any athlete's way if they choose to compete as neutral Olympians. When it banned Russian officials from the upcoming games, the IOC said a path remained for some of Russia's athletes to compete in the 2018 Olympics in Pyeongchang, South Korea.

"Without any doubt, we will not declare any blockade, we will not prevent our Olympians from taking part [in the games], if one of them wants to take part in a personal capacity," Putin said in comments relayed by the Russian Olympic Committee and translated by Google Translate.

"I also feel concerned for the guys, many of whom I know personally and consider them to be my friends," Putin said, in further remarks that were reported by state-run Tass media. "Each of them has to make a decision of some kind now."

The Olympic ban has sparked anger and a range of other responses in Russia — including calls for calm from the Kremlin. Press secretary Dmitry Peskov said, "The situation is serious, and it requires thorough analysis. One should not be carried away by emotions."

Putin and Peskov spoke after ideas of a boycott — and perhaps the resuscitation of a version of the Goodwill Games — circulated in Russia after Tuesday's news that the IOC had suspended the Russian Olympic Committee over a widespread and complex doping program. The IOC is ordering Russia's athletes to show they are clean of any doping. If they go to Pyeongchang, they'll compete under the Olympic flag; if they win medals, their country's anthem won't be played.

"I've seen all sorts of reaction from athletes," NPR's Lucian Kim says from Moscow. "Some say, 'Yes, we've worked so hard. We should definitely participate, even under a neutral flag.' And others say, 'Under no circumstances — it's humiliating for our country and we can only compete under a Russian flag.' "

Elite figure skater Evgenia Medvedeva, one of Russia's most famous athletes and the reigning world champion, vented the frustrations of many would-be Olympians who say they thought they were doing enough by being "clean."

"I cannot accept the option that I would compete in the Olympic Games without the Russian flag as a neutral athlete," Medvedeva said in a statement issued by Russia's Olympic Committee (and translated into English by Google Translate). "I am proud of my country; it is a great honor for me to represent it at the games. It gives strength and inspires me during performances."

A hard line has been taken by the All-Russia State Television and Radio Broadcasting Company, or VGTRK, which said Tuesday that if Team Russia isn't competing in South Korea, it won't broadcast the 2018 Winter Olympics.

At the Kremlin, Peskov said questions remain about how the ban would be enacted. It would be premature, he said, to draw conclusions before officials have spoken to the IOC.

Peskov said that while the situation is serious, "emotions should be kept down and the decisions taken by the IOC on our country should be thoroughly analyzed before making any accusations on this account."

His words didn't prevent Russian Foreign Ministry spokeswoman Maria Zakharova from saying Wednesday that the punishment of Russia's Olympic program was an attempt to isolate and weaken Russia, saying its critics had resorted to "Plan B," after the country hosted the Sochi Olympics.

"Throughout history, there were so many things we had to endure from our 'partners,' " Zakharova said. "But time and again, they failed to take us down, be it in a world war, with the dissolution of the Soviet Union, or sanctions ... We survived, time and time again."

After discussing Russia's "revival as a sports powerhouse," she said, "We constantly hear that we are doing everything wrong, be it our lifestyle, culture, history, and now sports."

The ministry issued Zakharova's words along with a slogan that spread on social media Tuesday: "No Russia No Games."