Accessibility links
North Korean Women's Hockey Players Arrive To Begin Olympic Training With South : The Torch Twelve members of the team crossed the DMZ dressed in red, white and blue team parkas emblazoned with the North Korean flag. They will compete as part of a unified North-South team next month. 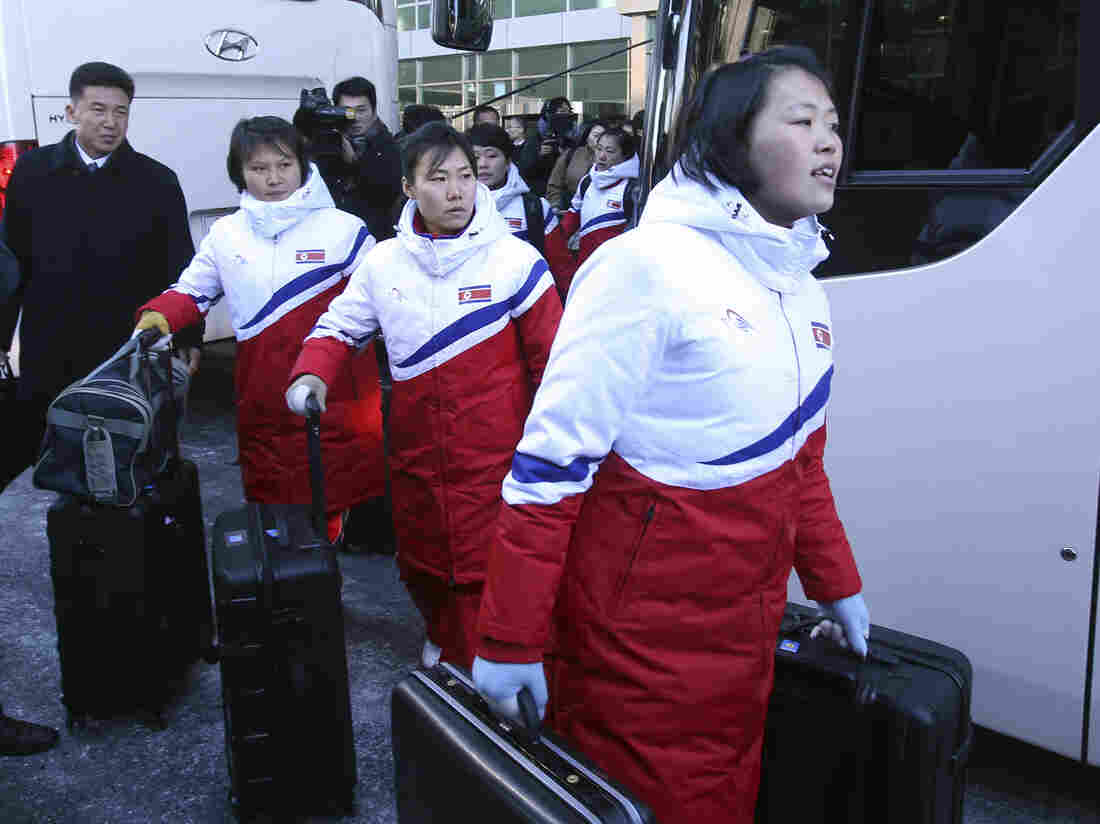 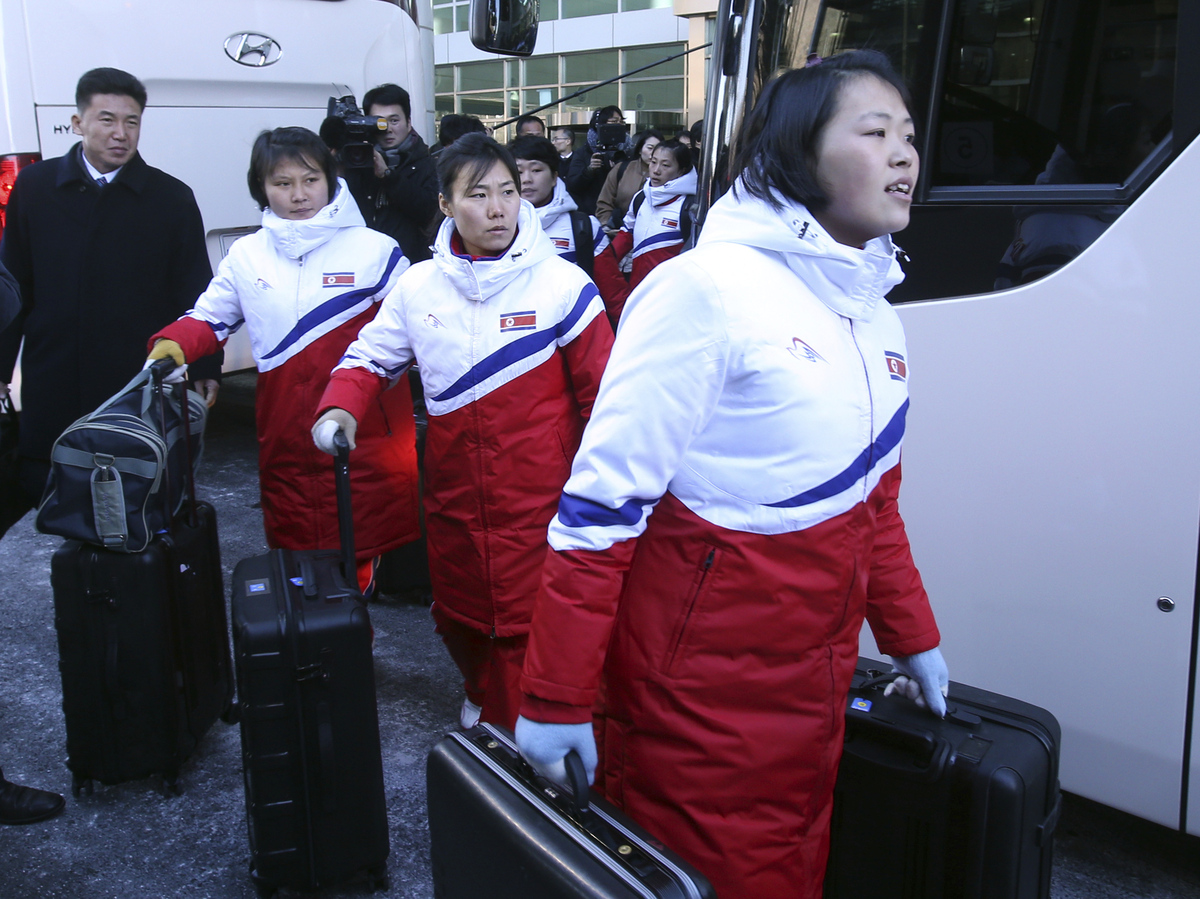 Twelve members of the North Korean women's ice hockey team have crossed the heavily fortified border to begin training with their South Korean counterparts ahead of next month's Olympics in Pyeongchang.

Wearing red, white and blue team parkas emblazoned with the North Korean flag and "DPR Korea" on their backs, the women arrived on Thursday after the rival countries agreed to field a joint team at the games for the first time ever.

The joint team will march under a unification flag at the Olympics' opening ceremony. NPR's Bill Chappell says, "South Korea's athletes have previously marched alongside their North Korean counterparts at several Olympics, including the 2000 and 2004 Summer Olympics in Sydney and Athens, respectively, as well as the 2006 Winter Olympics in Turin."

On Saturday, the International Olympic Committee agreed to allow the 12 North Korean players to join South Korea's 23-member team. However, the move has been met with criticism because it will mean less time on the ice for the South's players.

Sarah Murray, the South Korean team coach, said Monday that it was a "tough situation to have our team used for political purposes." She conceded, however, "it's kind of something that's bigger than ourselves right now."

As NPR's Elise Hu reported earlier this week, many South Koreans have also expressed their dismay with joining Pyongyang in the games, reporting, "In Seoul, protesters Monday set fire to the North Korean flag and a photo of Kim Jong Un. The South Korean president's approval rating has dropped in recent days as well."

North Korea's Olympic Hopefuls Include A Pair Of Figure Skaters

In a gesture that seemed certain to be received with even more skepticism, North Korea's state media called for "all Koreans at home and abroad" to make a "breakthrough" for unification of the divided peninsula without outside interference. It described military drills with "outside forces" as being unhelpful – an apparent reference to joint U.S.-South Korea war games that have raised the ire of Pyongyang in the past.

KCNA said Koreans should "promote contact, travel, cooperation between North and South Korea" and that Pyongyang would "smash" any efforts by outside forces to block reunification.

The breakthrough over the Olympics came after North Korean leader Kim Jong Un said in his New Year's address that he would be open to it. At North-South talks that followed, the two sides reached agreement on the joint team, as well as the reinstatement of a hotline between the two sides and other dialogue aimed at easing tensions.