Accessibility links
Amid Olympic Détente, Pence Snubs North Koreans In Visit To Pyeongchang : The Torch Vice President Mike Pence ignored the North Korean delegation at the Winter Olympics, skipping a dinner reception and refusing to stand when the united Korean team marched during the opening ceremony. 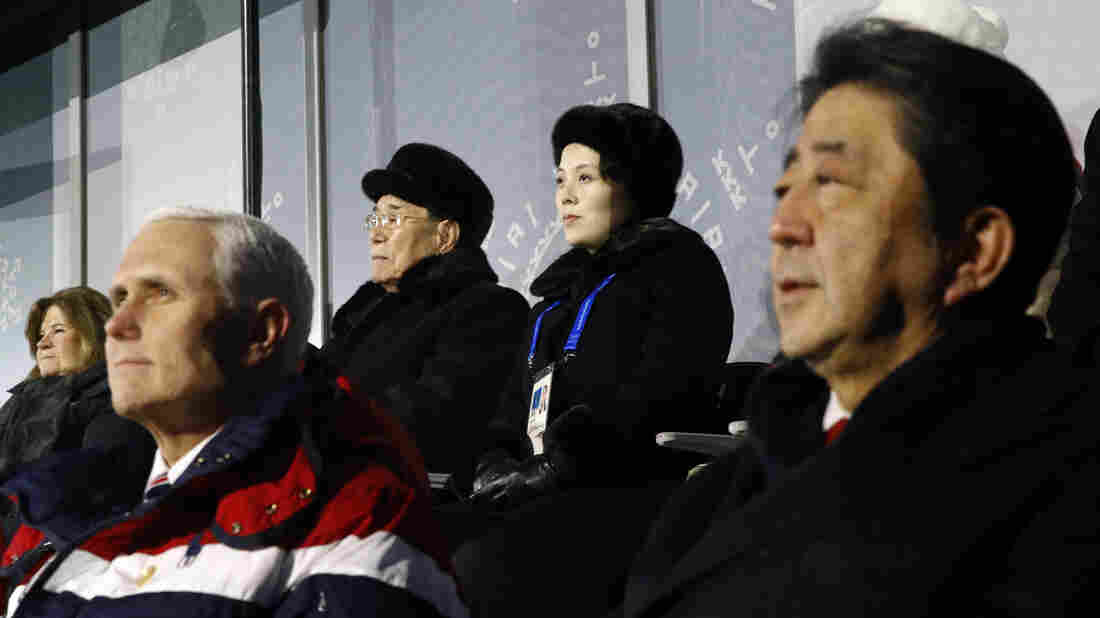 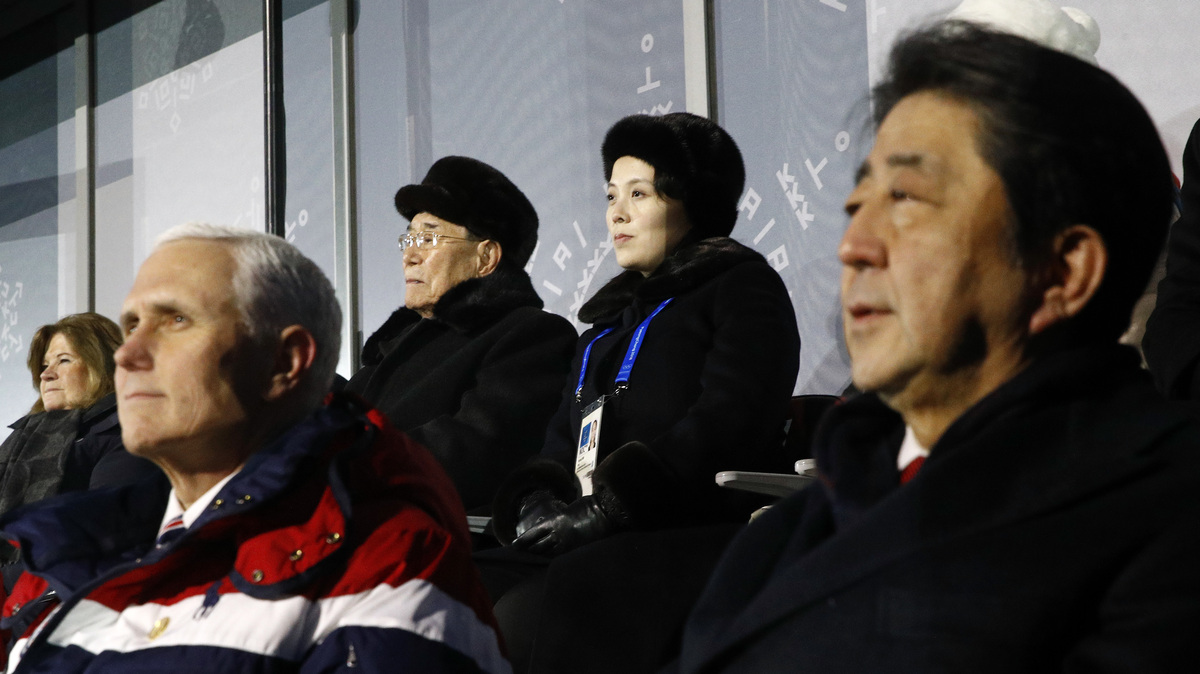 Vice President Mike Pence is facing backlash for his staunch efforts to ignore North Korean officials at the Winter Olympic Games, even as the two Koreas continued their temporary truce, marching and competing as one team.

Pence's cold demeanor toward the North Koreans at the Pyeongchang games was overshadowed by friendly cooperation between the North and South. The vice president also drew criticism from some openly gay members of Team USA, who questioned his role at the Olympics due to his anti-LGBT views.

Pence continued his tough rhetoric even after South Korean officials announced North Korean leader Kim Jong Un had invited President Moon Jae-in to Pyongyang for talks. He insisted on Saturday that the U.S., South Korea and Japan were united in their goal of isolating North Korea over the country's nuclear weapons program.

"There is no daylight between the United States, the Republic of Korea and Japan on the need to continue to isolate North Korea economically and diplomatically until they abandon their nuclear and ballistic missile program," Pence told reporters aboard a flight back to the U.S.

In the days leading up to the Olympics, Pence warned that the North was trying to "hijack the message and imagery" of the event with a propaganda campaign, according to Reuters.

Prior to the opening ceremony on Friday night, Pence arrived late to a dinner reception between the two Koreas and greeted everyone at a main table except for Kim Yong Nam, North Korea's nominal head of state, Reuters reports. He left the reception five minutes later.

"South Korea has some difficult homework to solve regarding some countries," President Moon said in a speech before Pence arrived. "There are some who would not want to be in the same room together if it wasn't for the Pyeongchang Winter Olympics. But what is more important than anything is that we are together."

In a rare public moment, President Moon shook hands with Kim Yo Jong, the younger sister of Kim Jong Un, at start of the opening ceremony. Pence, who was seated just a few feet away from Kim, did not appear acknowledge her. Then when the Korean team entered the stadium under a unified flag, Pence sat stone-faced while Moon and North Korean officials stood together in applause.

A senior White House official said Pence was not trying to avoid the delegation from North Korea but rather ignore them, according to the AP. Asia experts said Pence's sour conduct toward the North Koreans could be seen as disrespectful to the South Korean hosts, who were demonstrating a moment of harmony with the North.

"The grievances that the world has about North Korea are very legitimate," Frank Jannuzi, an expert on East Asia at the Mansfield Foundation told the AP. "But the Olympic moment that President Moon is trying to generate here is not a time to nurse those grievances. It's a time to focus on messages of reconciliation and peace."

Bigger Than Ever, And More Diverse: Team USA At The 2018 Winter Olympics

"I feel incredibly honored to be here in Korea competing for the US and I'm so proud to be representing the LGBTQ community alongside this amazing guy! Eat your heart out, Pence," Kenworthy wrote.

In January, Rippon criticized Pence's role in the Olympics, citing the widespread belief that the vice president supports gay conversion therapy. In an appearance on Ellen earlier this month, Kenworthy called out Pence, saying he has "directly attacked the LGBT community."

An earlier version of this story stated that the vice president supports "gay conversation therapy." It should have said "conversion therapy."