Accessibility links
Finland Takes Olympic Chill To The Next Level: Team Knitting : The Torch During the weekend's slopestyle competition, Finnish snowboarding coach Antti Koskinen was casually knitting at the top of the course.

Finland Takes Olympic Chill To The Next Level: Team Knitting

Finland Takes Olympic Chill To The Next Level: Team Knitting 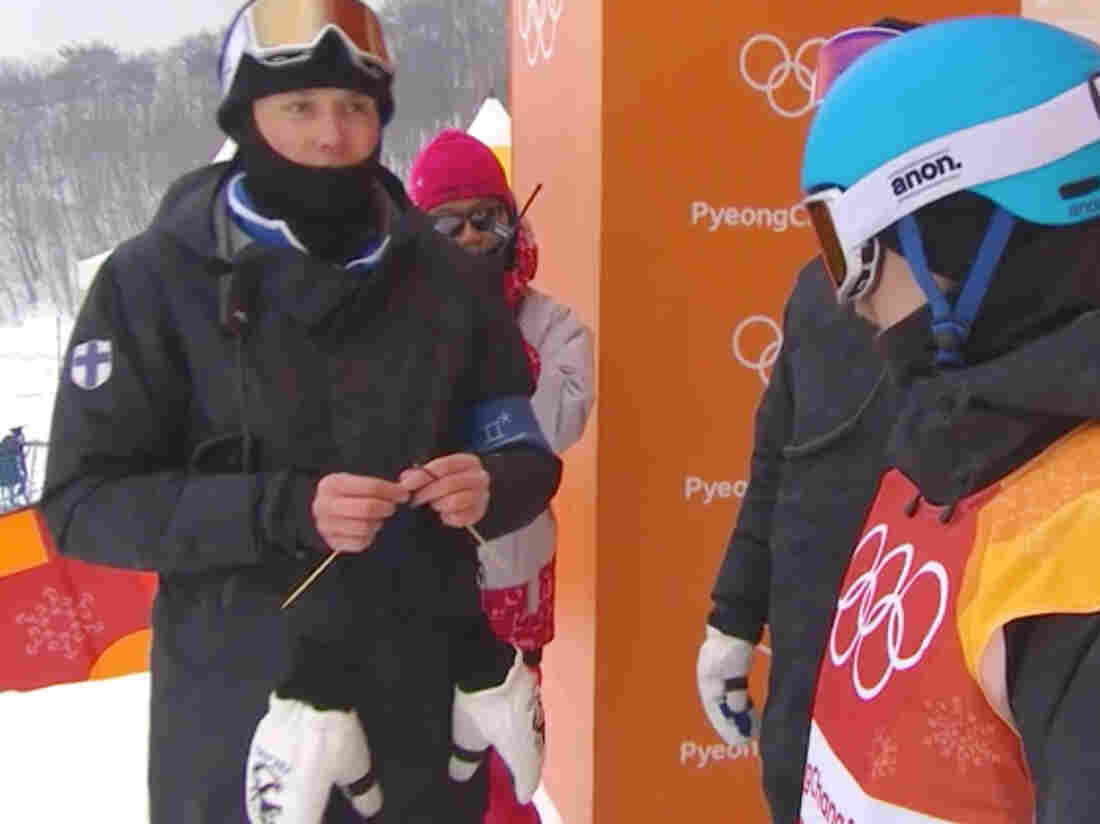 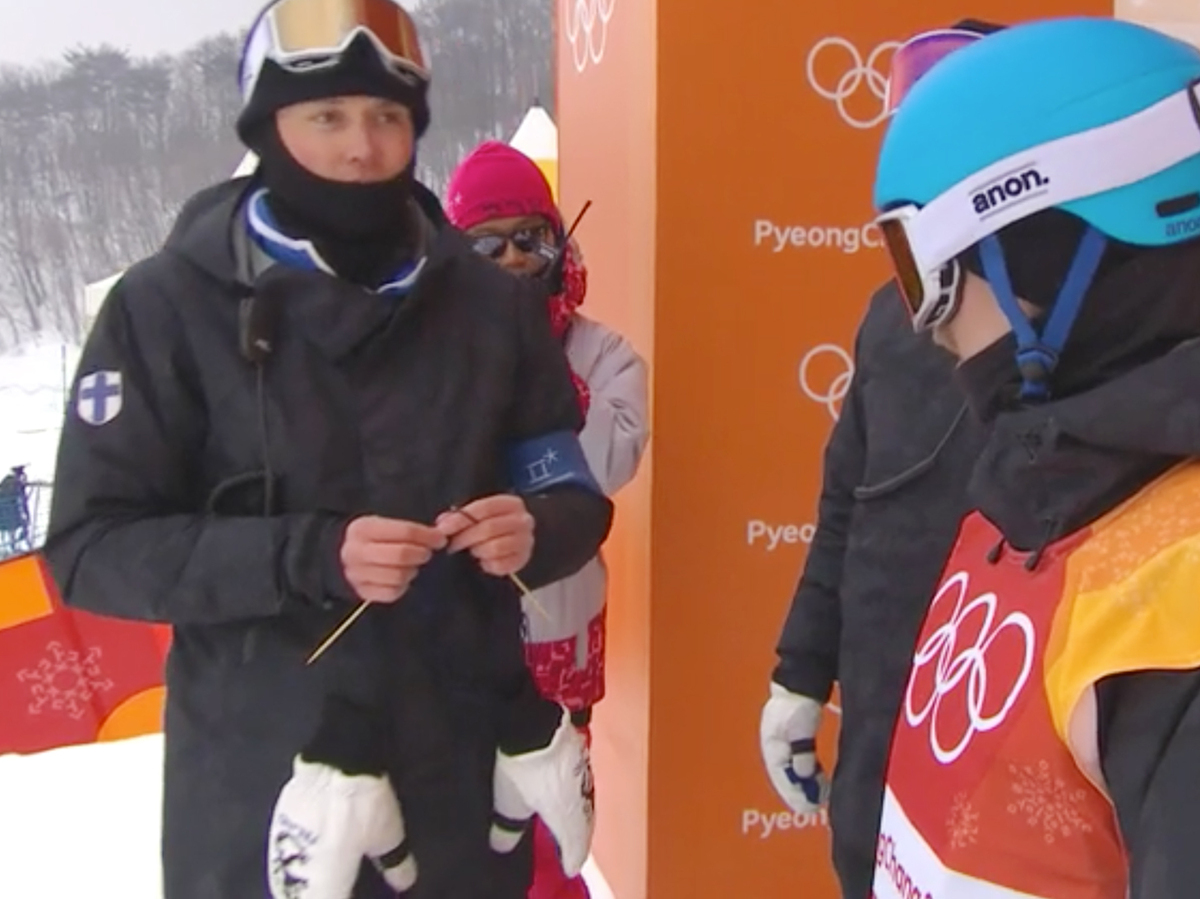 Finland has a tendency to beguile. Saunas are so important that both the president and prime minister keep official ones. The country has the most heavy metal bands per capita. It's experimenting with a basic income. Its language has no future tense.

And in an unexpected moment during the weekend's Olympic slopestyle competition, the Nordic nation showed off another delightful quality: a passion for knitting.

In a video on NBC's website, snowboarding coach Antti Koskinen is seen nonchalantly knitting at the top of the course while Finnish snowboarder Roope Tonteri gets ready to ride.

Koskinen glances up from his project (something involving black yarn), passes the needles to one hand, and fist-bumps Tonteri. Then he goes back to knitting.

People watching at home went wild for the contented crafter, and the feverish screen-grabbing began.

"The Finnish coach is KNITTING at the top of the slopestyle course. Someone please find out what this man is making!!!" tweeted one Canadian fan.

The coach is just low key knitting while his athlete is getting ready to go 😂😂 #pyeongchang2018 #olympics #snowboard pic.twitter.com/51fd8e7OfY

Finland's Olympic team was quick to demonstrate that the love for knitting is not limited to Koskinen: It posted photos of its team hanging out in sock feet, working on a blanket for its president's newborn son. (The project has become something of a tradition: at Sochi, the team worked to knit a giant scarf.)

We are #knitting again 😀 In Sochi we made a huge scarf, this time we are knitting a blanket for our presidential couple’s newborn son. 💙🇫🇮#olympicteamfi #knittingteamfi #pyeongchang2018 #olympics #olympialaiset #pyeongchangfi pic.twitter.com/mwKLgh1h2j

"This is lovely," replied one Canadian fan. "Will we get to see the blanket when it's completed?"

"Of course!" the team answered, adding a little blue heart and the Finnish flag.