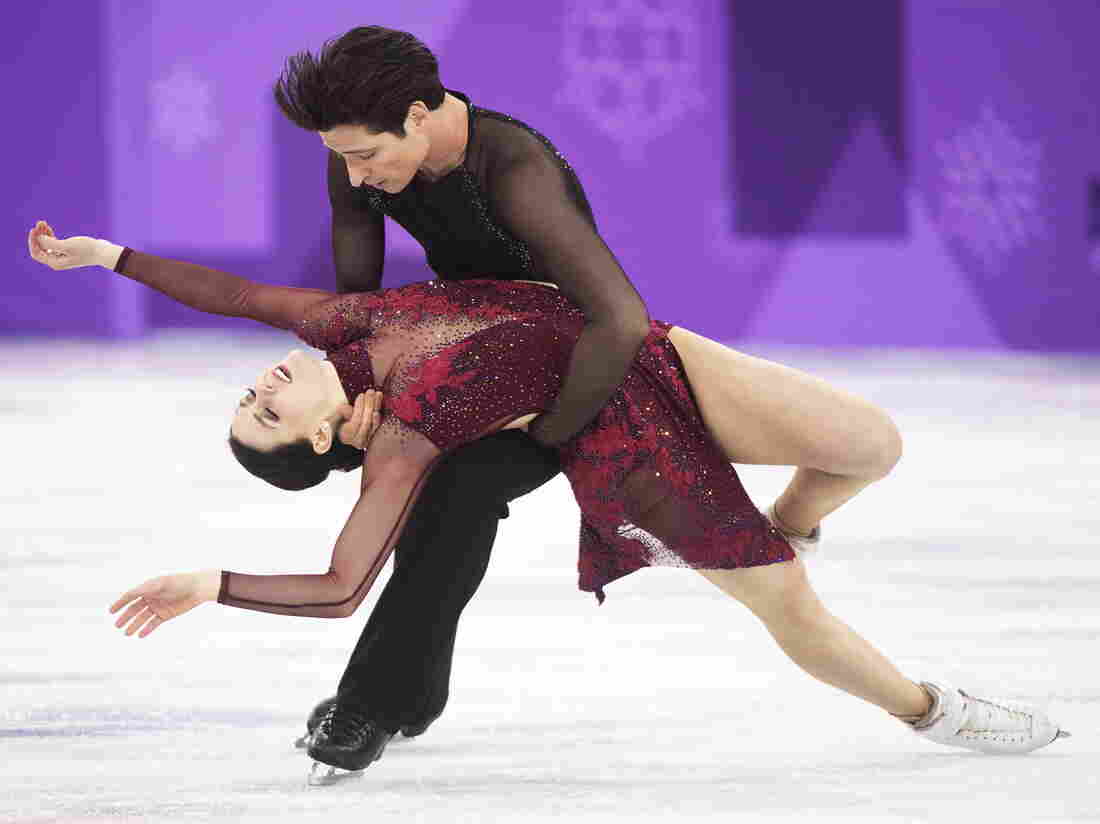 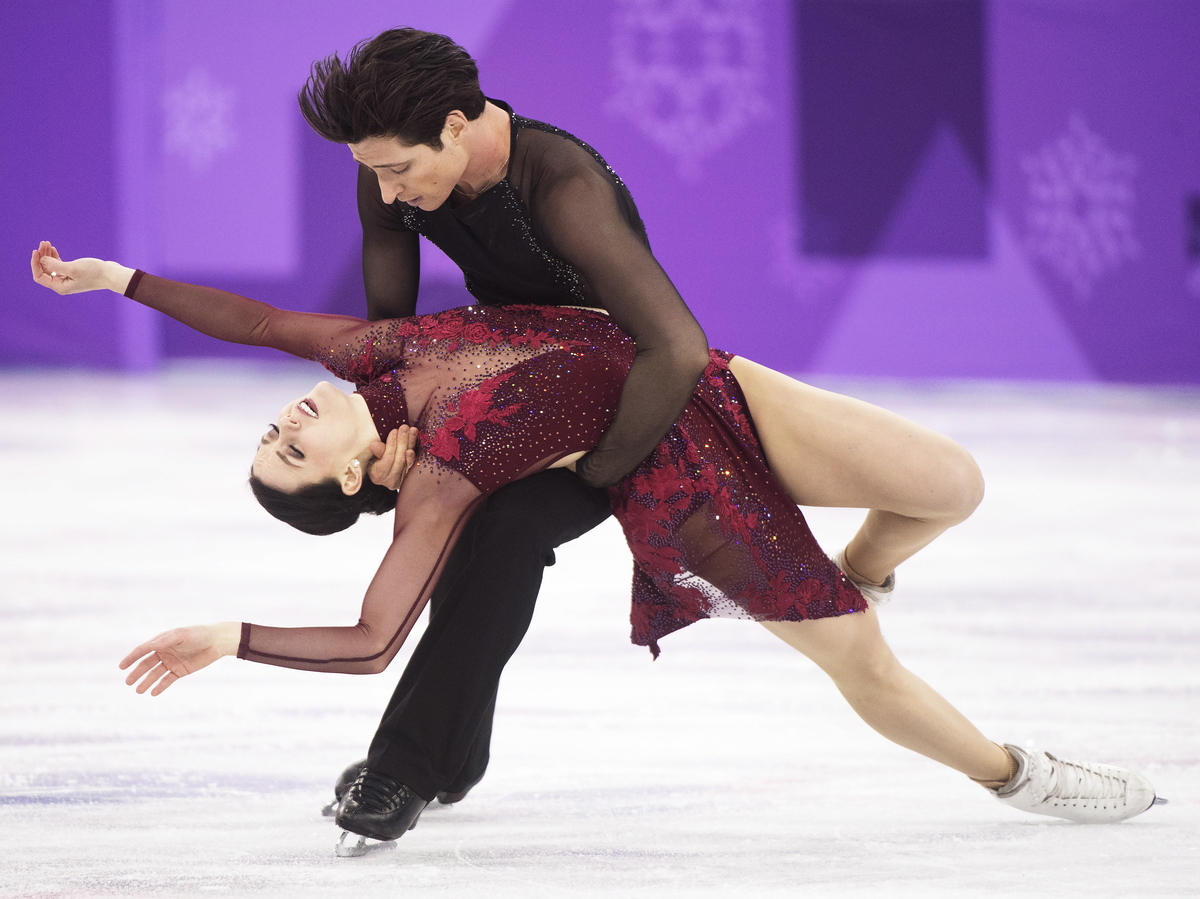 Maia and Alex Shibutani rose to win a bronze medal in ice dance at the Pyeongchang Winter Olympics on Tuesday, turning in an artful routine named "Paradise."

Canadian legends Tessa Virtue and Scott Moir won gold, followed by France's Gabriella Papadakis and Guillaume Cizeron with silver, in a competition marked by both high scores and high drama.

As of today, Virtue, 28, and Moir, 30, are the most successful figure skaters in Olympic history, with five medals (including three gold). That's more than any other competitor, in singles or pairs.

If this is the last time we see @TessaVirtue and @ScottMoir on Olympic ice, what a moment it was.

Virtue and Moir have been skating together since they were kids; on Tuesday, Virtue was asked if she ever thought they'd reach this level of success.

"Certainly not," she said, "although in grade one I did write in my journal that I wanted to be at the Olympics with Danny Moir, Scott's brother, so I'm close."

"This was an incredible ice dance event and to know we gave it our very best means everything," Maia Shibutani, 23, said after she and her brother pulled off another medal-winning performance.

The Shib Sibs put on a show for the fans in the free dance. #WinterOlympics https://t.co/0RLwnI9dSx pic.twitter.com/DooYfoNuwx

The Shib Sibs had been in fourth place after the short dance portion of the competition. They laid it all on the line Tuesday in hopes of reaching the podium, and they came away with their second bronze medal of these Winter Games, the U.S. having placed third in the team event.

"It feels like gold. It's unbelievable," Alex Shibutani, 26, said. "I am so proud of the way we fought through this week and the season. We are so emotional."

Skating skills, choreography and drama: They're hallmarks of ice dancing, and they've been in evidence over the past two days at the Gangneung Ice Arena.

Look no further than the French pair of Papadakis and Cizeron, who were making headlines for all the wrong reasons after the collar on Papadakis' costume became unfastened during their performance Monday. The "wardrobe malfunction" exposed her breast on live TV — an experience that Papadakis called her "worst nightmare."

The highest ever free dance score!

The French duo's short program score didn't seem to suffer, and they proved they had recovered their composure by turning in a strong and stirring performance — earning the highest score ever in an Olympics free dance on Tuesday (South Korea is 14 hours ahead of U.S. Eastern Time).

Their score of 205.28 combined points put Papadakis and Cizeron comfortably past the Shibutanis' 192.59 points, and seemingly within striking distance of Virtue and Moir.

But then the Canadian pair took the ice, and they delivered the uniquely captivating, athletic and sensual performance that has made them stars. Skating to music from Moulin Rouge, they earned a final combined score of 206.07 — an Olympic record.

"Are they getting in trouble for how sexy they are?"@lesdoggg and @adaripp commentating on @tessavirtue and @scottmoir's short dance is everything we could have ever wanted. AND MORE. #WinterOlympics https://t.co/fmMl0C4Amf pic.twitter.com/ykkNvv7L5p

Saying that she is thrilled, Virtue added: "That performance was really special and truly memorable. The gold medal is the cherry on the cake."

When Alex Shibutani was asked about the imposing task of moving into medal contention in an event that ranks by cumulative score, he said: "We believed in ourselves. We felt that our short dance was amazing. So there was no reason to be concerned about the score." 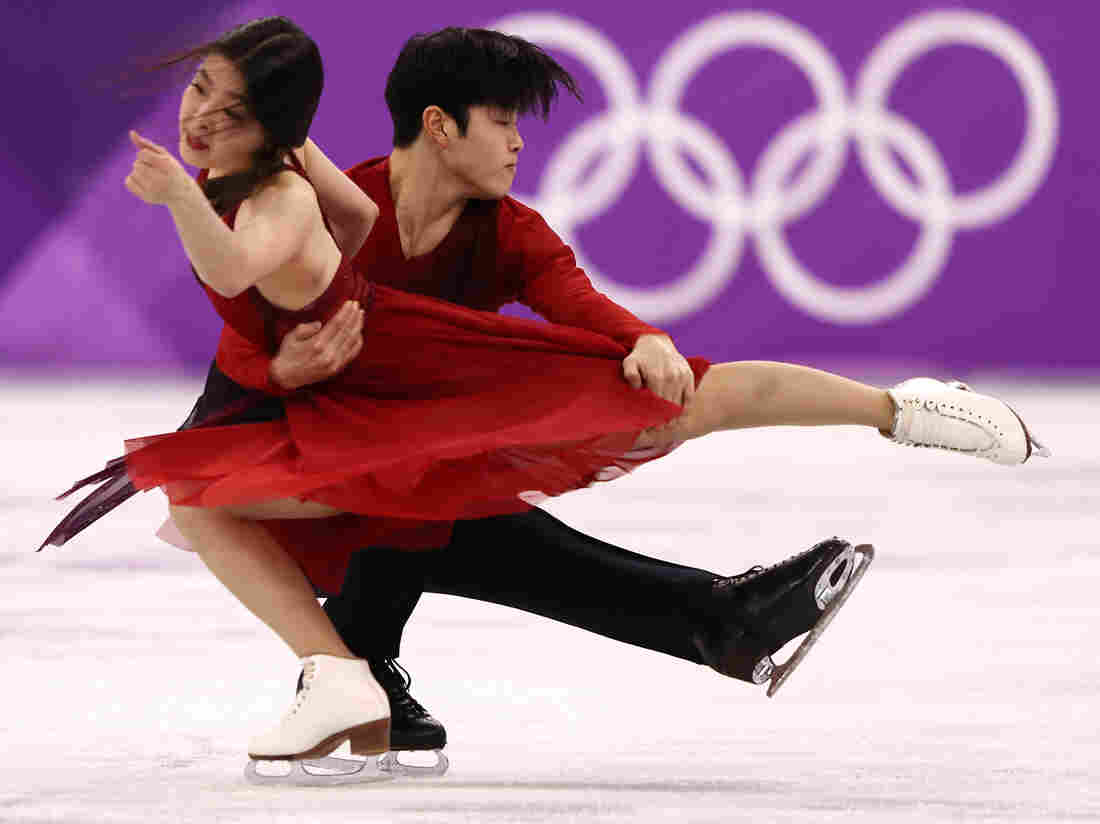 "It feels like gold. It's unbelievable," Alex Shibutani said, after he and his sister, Maia, won bronze in the ice dance free skate. Jamie Squire/Getty Images hide caption 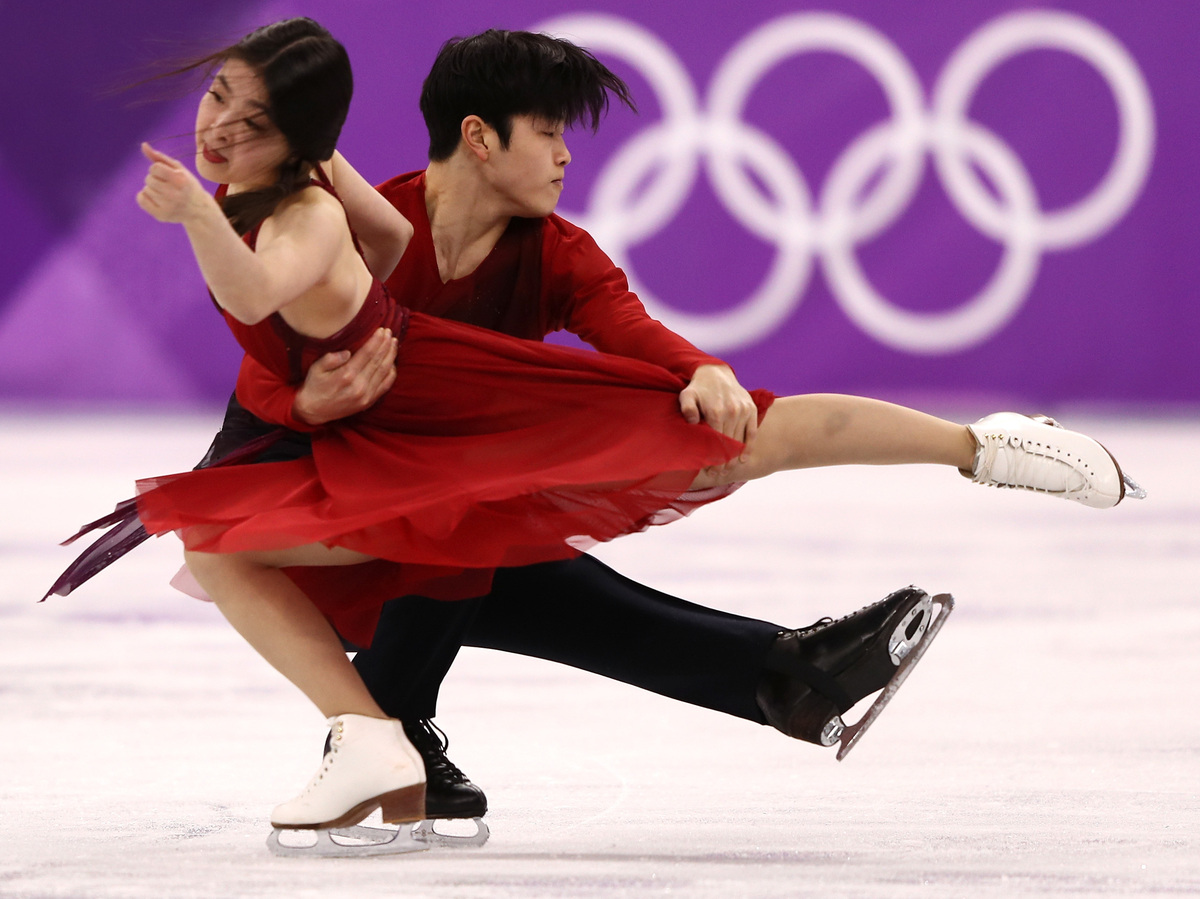 "It feels like gold. It's unbelievable," Alex Shibutani said, after he and his sister, Maia, won bronze in the ice dance free skate.

The Shibutanis were briefly in first place after their free dance program, before the other top contenders claimed spots on the podium. The siblings finished one spot ahead of fellow Americans Madison Hubbell and Zachary Donohue, who are in their first Olympics in South Korea. With Madison Chock and Evan Bates in ninth place, all of the American pairs finished in the top 10.