Accessibility links
Despite Frigid Weather, The Snow In Pyeongchang Is Fake : The Torch Between 90 and 98 percent of the snow at the Pyeongchang Winter Olympic Games is man-made, says Joe VanderKelen, president of the Michigan-based company that is supplying the snow machines.

Despite Frigid Weather, The Snow In Pyeongchang Is Fake

Despite Frigid Weather, The Snow In Pyeongchang Is Fake 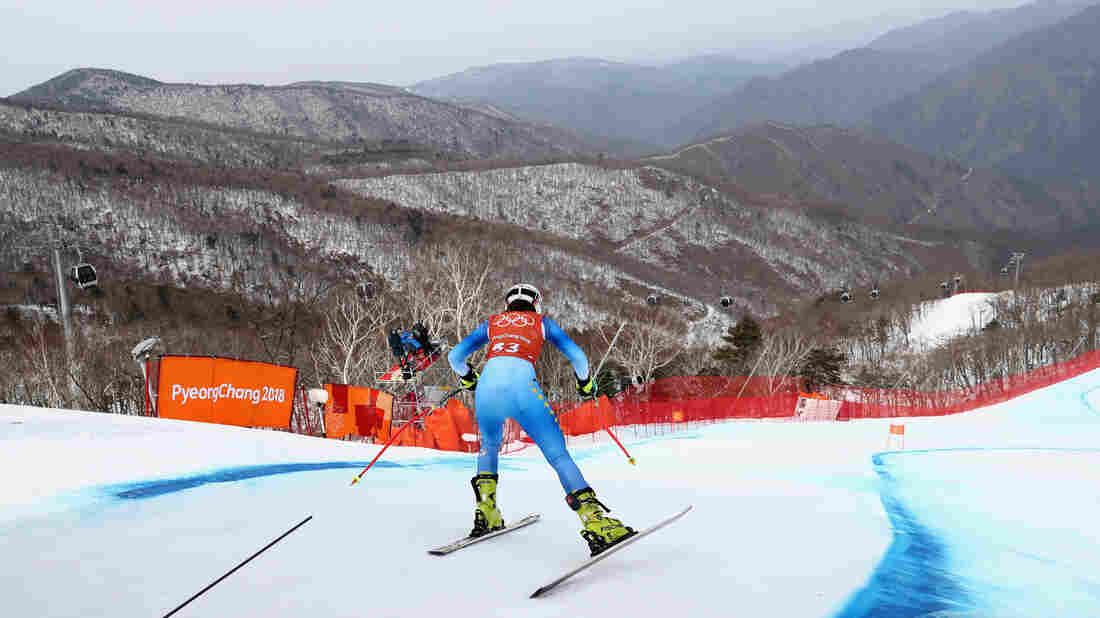 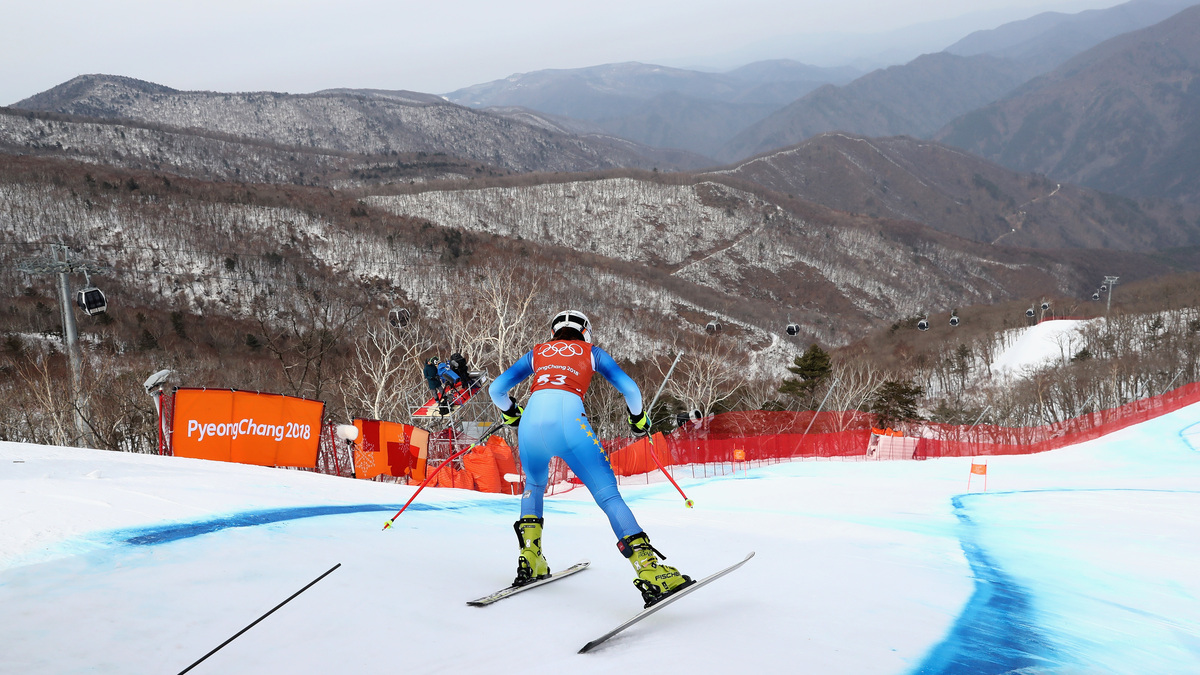 Elvedina Muzaferija of Bosnia and Herzegovina start a run during Alpine Skiing women's downhill training on day 10 of the PyeongChang 2018 Winter Olympic Games at Jeongseon Alpine Centre on Feb. 19, 2018 in Pyeongchang, South Korea.

If you've been watching the Winter Games on TV, you may have noticed there's not a lot of snow in Pyeongchang. While the South Korean region is known for its frigid winters, major snowstorms are rare in February.

"Depending on which venue it is, we estimate between 90 and 98 percent of the snow that's there has been machine-made and produced in advance of the games," Joe VanderKelen, president of SMI, tells Here & Now's Jeremy Hobson.

The Games' organizers spent nearly $6 million to bring in snow cannons, which push cold water and pressurized air through a "snow gun" to produce artificial snow. At past Olympics in Sochi and Vancouver, the host cities also deployed fake snow on mountain ranges due to unseasonably warmer weather.

"Machine-made snow is like one-week or two-week-old natural snow that's been sitting there and takes a while to go into a different grain size, and actually can become a better surface once it's tilled for the athletes," VanderKelen says.

Surprisingly, athletes prefer manufactured snow because it is more consistent, he adds. When preparing the courses, organizers will actually push off natural snow before spreading the fake stuff.

SMI's fully automated snow-making system consists of 100 snow cannons posted on towers and carriages at the Jeongseon Alpine Center, according the company's website. The entire system can store up to 33.6 million gallons of water, which is enough to fill 51 Olympic-size swimming pools.

"Take the Jeongseon Alpine venue. We've had people over there since early November, and they pretty much made snow from November 15 until about January 10," VanderKelen says. "They converted around 200 million gallons of water into snow during that time" and then stored it until the games began.

The next host of the Winter Olympics, Beijing, will almost completely depend on man-made snow, according to a 2015 report by the International Olympic Committee.

"There would be no opportunity to haul snow from higher elevations for contingency maintenance to the race courses so a contingency plan would rely on stockpiled man-made snow," the IOC wrote, a month before it designated Beijing the 2022 host.

Though harmful to the environment, the technology behind man-made show has become more energy efficient, VanderKelen says.

"The end result for the mountain resorts around the world is they're making a lot more snow, a lot more efficiently, at a lot warmer temperatures, for a lot less money," he says.

But a lack of snowfall has proven harmful to the commercial ski industry. A low-snow year can cost the U.S. winter sports industry up to $1 billion, according to a report by Protect Our Winters, a climate advocacy nonprofit. Less snow can deter people from hitting the slopes and delay the start of the season.

"Snow is currency," Auden Schendler, vice president of sustainability at Aspen Ski Resorts and a Protect Our Winters board member told NPR. Snowmaking is "a stop gap, it's an insurance policy. But it doesn't replace the natural product."