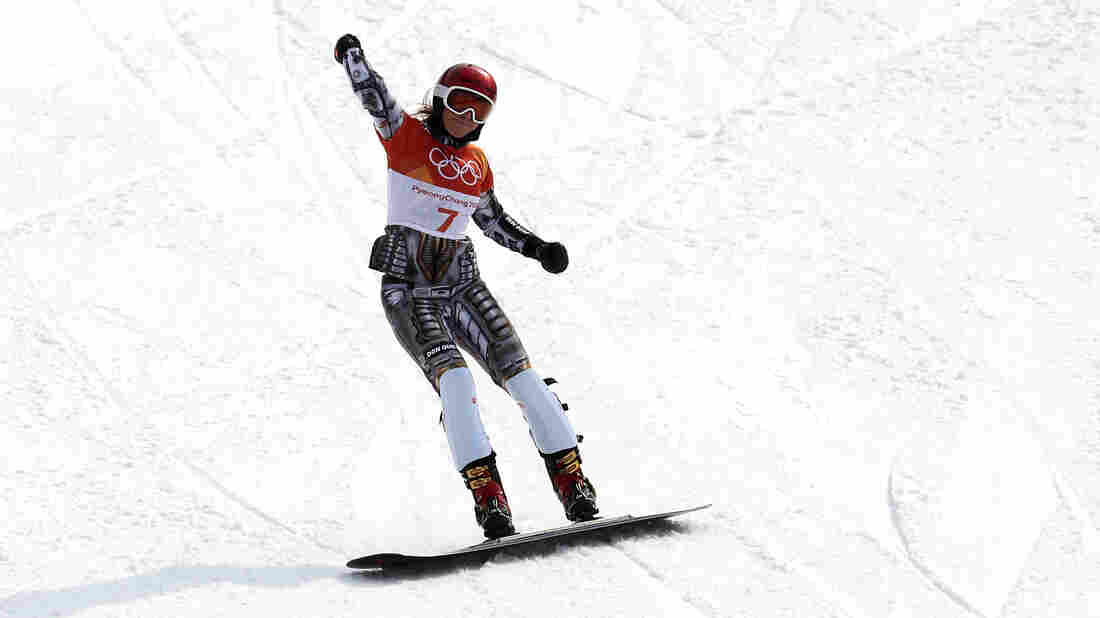 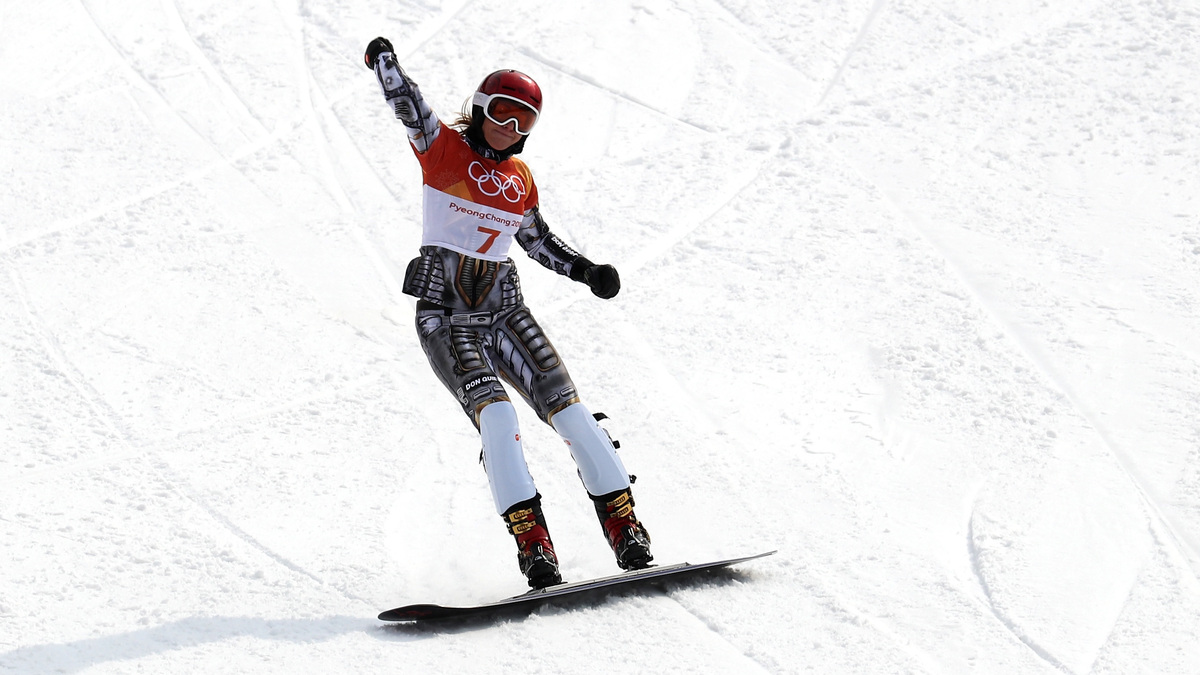 With a gold medal in the snowboard parallel giant slalom, Ester Ledecka of the Czech Republic has become the first woman in Winter Olympics history to win a gold medal in two different sports at the same Olympic Games.

On Saturday she emerged victorious in the final run against Germany's Selina Joerg, finishing just 0.46 seconds ahead. Joerg took silver in the event, followed by Ramona Theresia Hofmeister, also of Germany, who took bronze.

A week earlier, Ledecka surprised spectators and herself by taking a gold medal — in skiing. Ledecka finished first in the women's super-G in Alpine skiing, finishing several spots ahead of the decorated American skier Lindsey Vonn.

But Ledecka is best known and has seen the most success as a snowboarder, where she's won world titles and competed in the Winter Games in Sochi four years ago.

'This Must Be Some Mistake,' Says Snowboarder After Winning Olympic Gold In Skiing

Ledecka is the third athlete to win gold in two events in the same Winter Games, according to analytics company Gracenote. The last time it happened was in 1928, with Johan Grøttumsbråten taking gold in the Nordic combined and cross-country skiing. Four years earlier, Thorleif Haug achieved the same thing, the company says.

The 22-year-old Ledecka earlier made Olympic history just by being the first woman to compete in both the Alpine skiing and snowboarding events.

She first skied at age 2 and snowboarded at age 5, according to The New York Times, but refused to follow the conventional wisdom of her coaches to give up one sport in order to specialize.

In the men's snowboarding parallel giant slalom, Nevin Galmarini of Switzerland was the gold medal winner, besting his silver medal he won in Sochi in 2014.

Lee Sang-ho of South Korea finished 0.43 seconds behind to take silver, the country's first medal in a snowboarding event. Zan Kosir of Slovenia was the bronze winner, beating Sylvain Dufour of France in the "small final," which determines the contest's overall third place.