Accessibility links
Russian Bobsledder Disqualified For Doping, Court Says : The Torch Russian bobsledder Nadezhda Sergeeva has been disqualified from the Winter Games, the Court of Arbitration for Sport said Saturday. She's the second Russian athlete to fail a doping test this year. 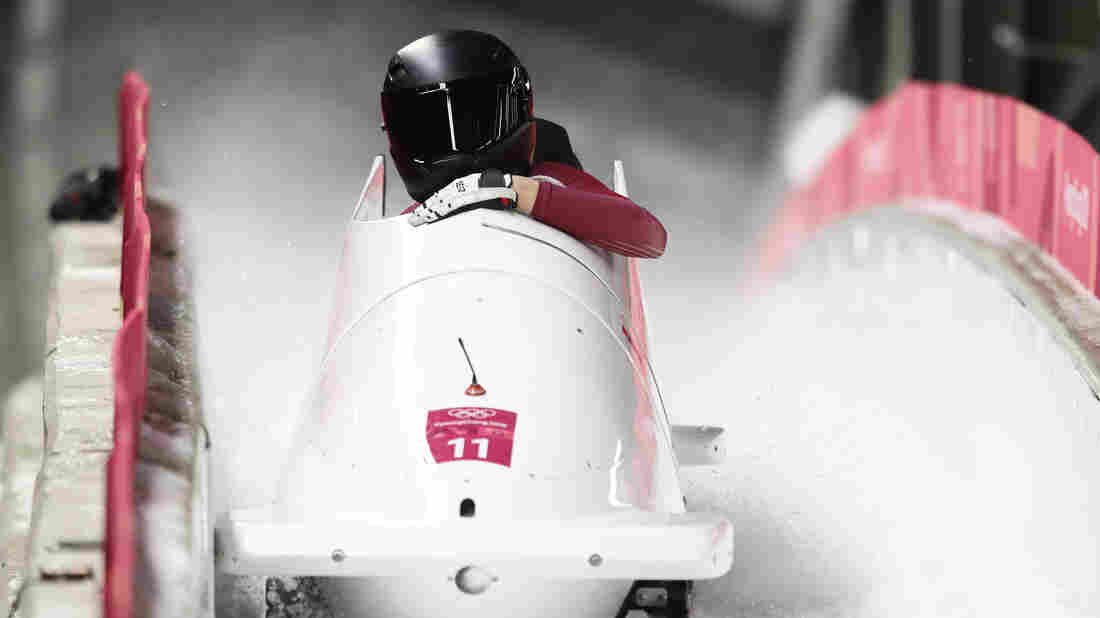 Nadezhda Sergeeva and Anastasia Kocherzhova, competing as Olympic Athletes from Russia, react in the finish area during the women's bobsleigh heats on Wednesday in the Pyeongchang Olympics. Clive Mason/Getty Images hide caption 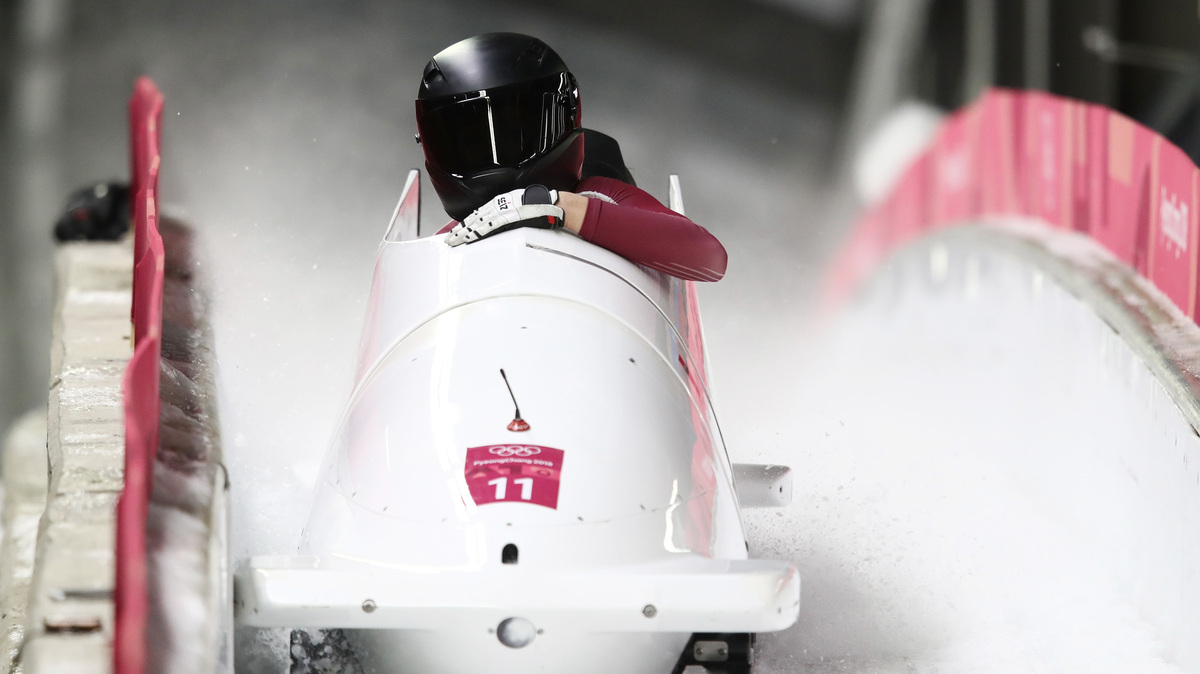 Nadezhda Sergeeva and Anastasia Kocherzhova, competing as Olympic Athletes from Russia, react in the finish area during the women's bobsleigh heats on Wednesday in the Pyeongchang Olympics.

Nadezhda Sergeeva of Russia has tested positive for a banned substance and has been disqualified from the Winter Olympic Games in Pyeongchang, the Court of Arbitration for Sport said Saturday.

Sergeeva was ranked 12th in the women's bobsleigh, but is now disqualified from the event and "the results obtained" by her team "at the same event are disqualified with all resulting consequences," the organization said in a statement.

The court said the 30-year-old tested positive for trimetazidine, a heart drug used to treat angina, and said she admitted to the violation. The drug affects metabolism, according to The Associated Press. The World Anti-Doping Agency banned it in 2014.

Sergeeva "accepted a provisional suspension beyond the period of the Games," the court wrote, "and reserved her 'rights to seek the elimination or reduction of the ineligibility period' following the conclusion of the Games."

Sergeeva is the second Russian athlete to fail a doping test at the Pyeongchang Olympics. As NPR's Bill Chappell wrote on Friday: "The news about Sergeeva comes one day after a bronze medal was stripped from Russian curling athlete Aleksandr Krushelnitckii, who had tested positive for meldonium in Pyeongchang."

The Russian Bobsled Federation announced on Friday that Sergeeva had failed the drug test.

Hockey player Ziga Jeglic of Slovenia and speedskater Kei Saito of Japan also tested positive for banned substances, the AP reports, and the two have left the games.

Athletes from Russia are competing under the Olympic — not Russian — flag, after authorities banned Russia's federation from competing once they concluded that Russian athletes had engaged in systemic state-backed doping in the 2014 games in Sochi.

The International Olympic Committee is still debating whether to allow Russian athletes, now wearing uniforms labeled OAR (Olympic Athlete from Russia), to march under the Russian flag during the closing ceremonies on Sunday.