Accessibility links
Canada Has Best-Ever Winter Olympics Performance, Despite Unexpected Losses : The Torch The country has 29 medals, including 11 gold, despite less-than-gold performances from their usual powerhouses. 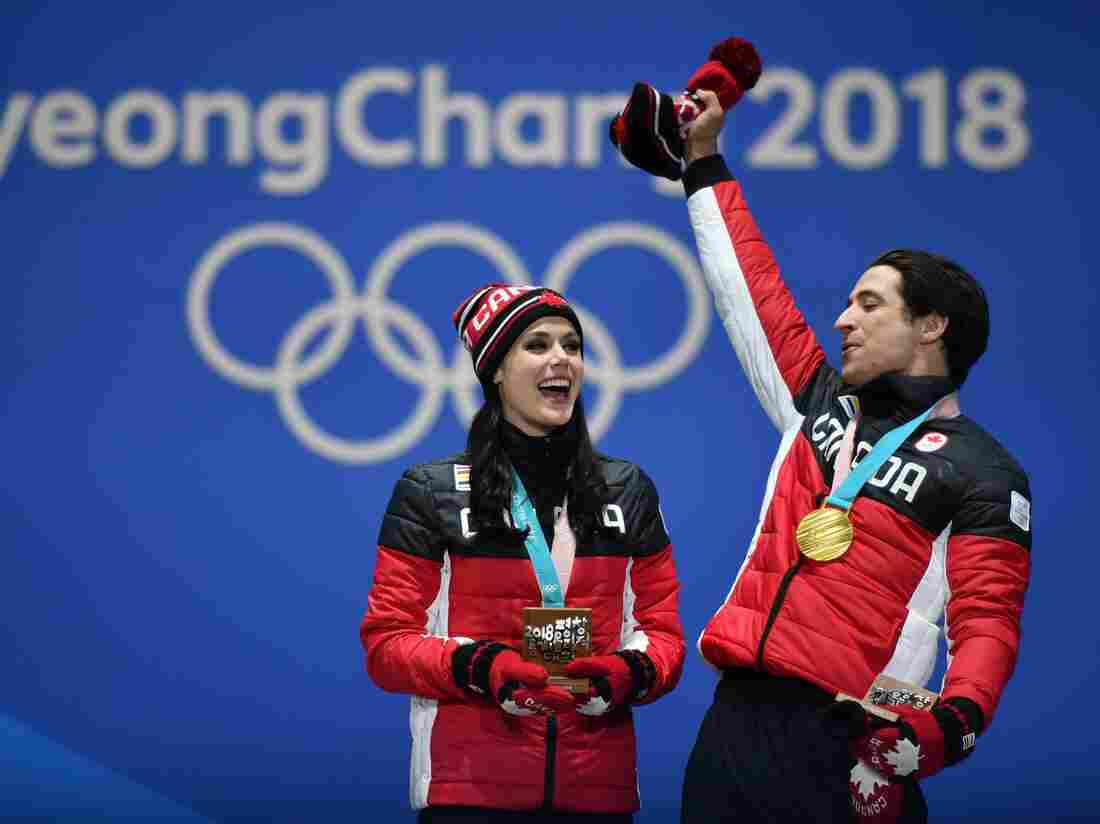 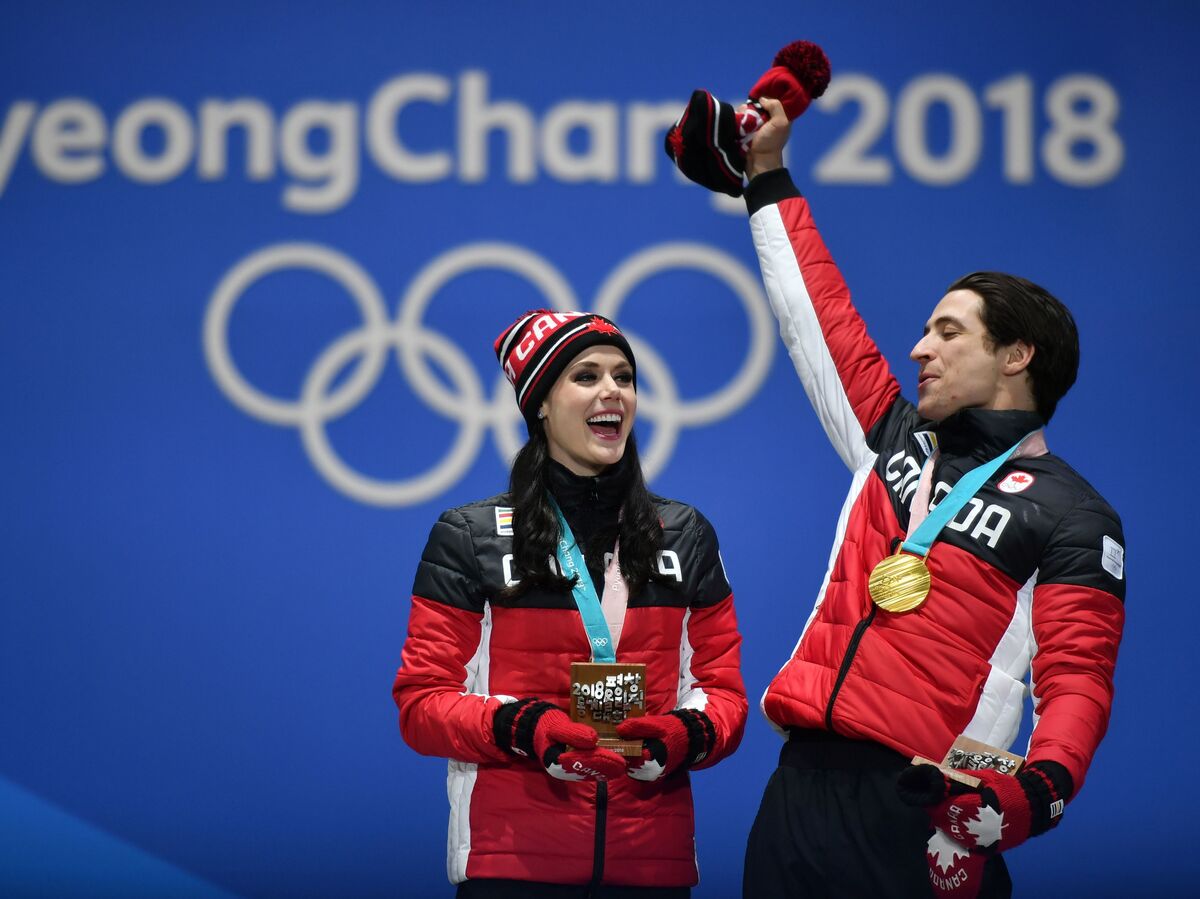 Canada's gold medalists Tessa Virtue and Scott Moir celebrate on the podium during the medal ceremony for the figure skating ice dance. The 2018 Winter Games have seen the country win 29 medals.

The country has 29 medals, including 11 gold. Norway is leading the overall medal count with 38 medals, Germany is in second with 31 and the U.S. is in fourth with 23.

For the first time in this millennium, Canada didn't take gold in women's hockey. In the final game against the U.S. last week, standard regulation time had ended with a 2-2 tie. Neither team scored a sudden-death goal during a 20-minute overtime — and the resulting penalty shootout also ended in a 2-2 tie. That sent the teams to a high-stakes, sudden-death shootout, where the U.S. came out on top, breaking Canada's 2002-2014 streak of four consecutive gold medals.

The women's hockey record wasn't the only Canadian gold streak broken in Pyeongchang. The men's curling team won gold in 2006, 2010, and 2014 — but lost to Switzerland in this year's bronze match. The country did earn one gold in curling: Kaitlyn Lawes and John Morris secured the medal in mixed doubles curling.

Canada won gold in the first men's hockey event in Antwerp in 1920, and kept the gold streak up for the following three winter games. They would medal in every single winter games until 1964, and earned gold in 2010 in Vancouver and 2014 in Sochi. Men's hockey was Canada's third gold streak broken in Pyeongchang: The country settled for bronze after being knocked out of the finals by Germany.

And finally, Canada lost its streak of medaling in women's curling, too. The country won gold in the first-ever women's curling event in Nagano in 1998, and medaled in every winter games since then — until they came in sixth place in Pyeongchang after a series of tough losses. Sweden won gold, while the "Garlic Girls" of South Korea took silver and Japan took bronze.

Despite losing out on its traditional sources of gold, the country won its second-highest total of Winter Games gold medals in Pyeongchang, after winning 14 in its home-turf Vancouver games in 2010.

Among gold medal winners are fan favorite figure skaters Tessa Virtue and Scott Moir, the designated flag bearers for the 225 athletes who competed as part of Team Canada. Short track speed skater Kim Boutin will bear the flag in the closing ceremony, after earning two bronze medals and one silver.

A previous version of this story stated that Canada won a bronze medal in men's curling this year. It lost the bronze to Switzerland.