Accessibility links
A Russian Fan's Perspective On A Most Unusual Gold Medal Ceremony In Pyeongchang : The Torch "I was proud greatly. It was from one side, tears of pride and happiness. From another side, I regretted greatly we can't see our flag," said Natalia Kim, who lives in South Korea. 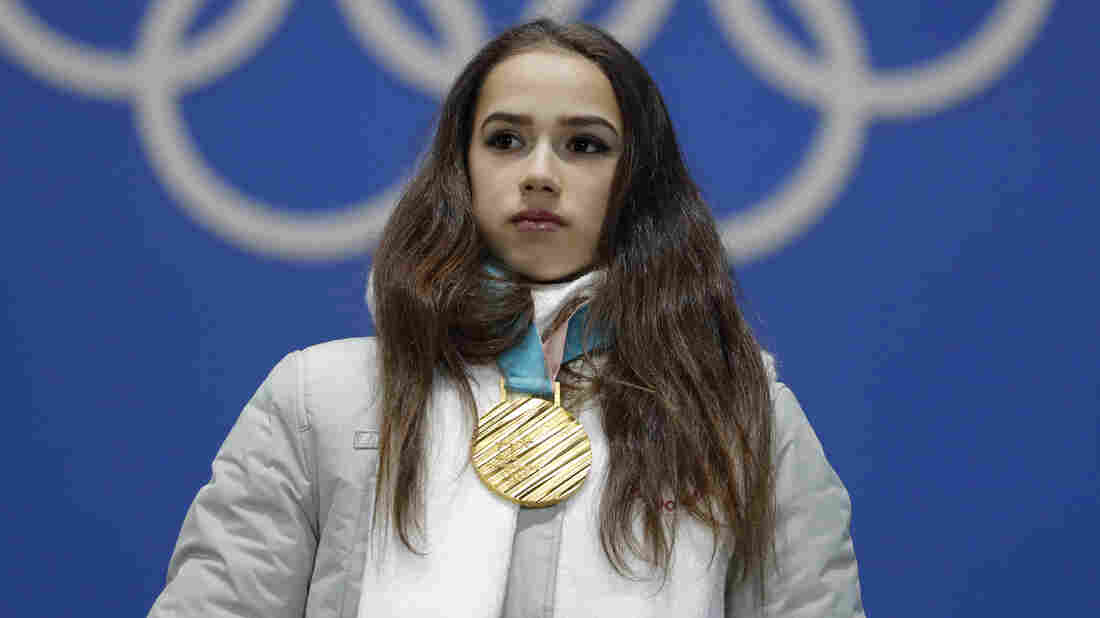 Gold medalist figure skater Alina Zagitova, who competed as an Olympic athlete from Russia, heard the Olympic anthem as she stood on the podium for her medal ceremony. Eric Gaillard/Reuters hide caption 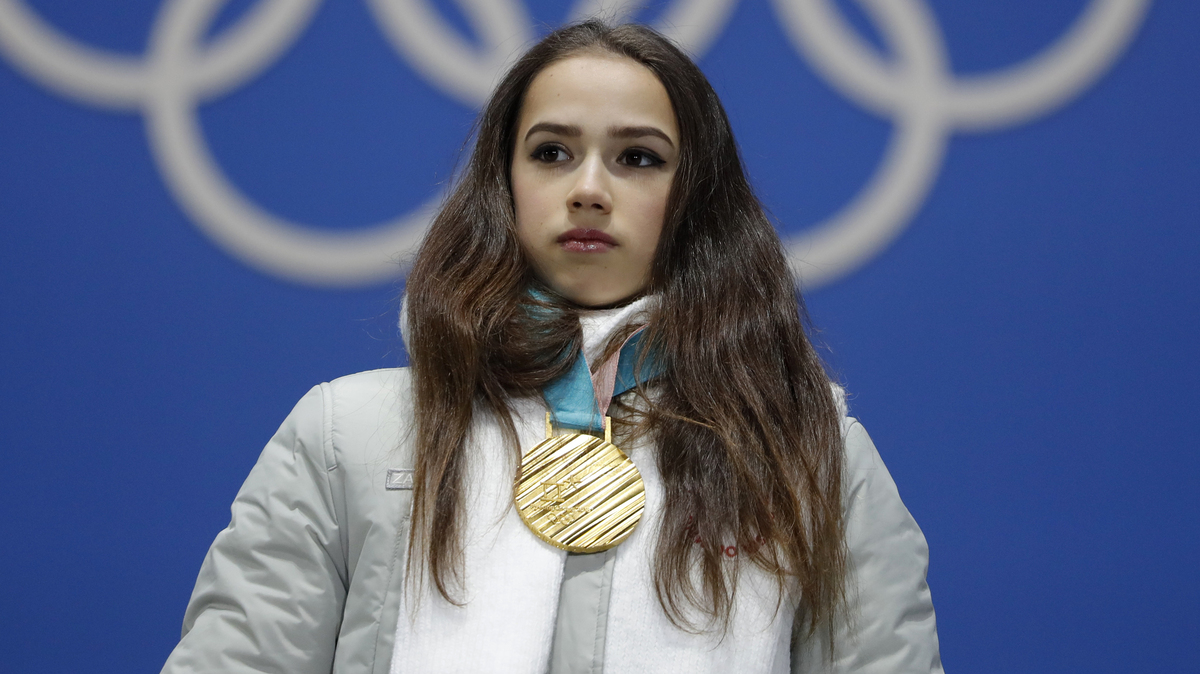 Gold medalist figure skater Alina Zagitova, who competed as an Olympic athlete from Russia, heard the Olympic anthem as she stood on the podium for her medal ceremony.

The only individual gold medal won by an Olympic athlete from Russia came in a ceremony that was different from others at the Pyeongchang Winter Olympics: Figure skater Alina Zagitova didn't hear her country's anthem or see its flag, as other medalists did.

Because of doping sanctions against Russia, the Olympic flag flew and the (rather generic) Olympic anthem was played at the ceremony Friday. The same procedure occurred Sunday, when hockey players from Russia beat Germany for gold.

Zagitova gamely jumped upon the top spot on the podium, having realized her dream and beaten the world's best. But later, she could be seen biting at the inside corner of her mouth, as the Olympic anthem played. Her teammate, silver medalist Evgenia Medvedeva, stood alongside her.

"I could see their faces," said Natalia Kim, a Russian fan who attended the ceremony.

"They tried so hard for that kind of moment. And of course, they wanted to see our flag, and listen our hymn [anthem]. I felt like that too, I cried there, so... But it's OK. We are looking for the future."

The Olympic flag goes up for Alina Zagitova’s gold medal - and we hear the Olympic anthem. First gold for Olympic Athlete from Russia team #PyeongChang2018 pic.twitter.com/Sh2Qv1daR5

When asked about the restrictions on Russian athletes in the broader sense, Kim said, "It's our pain now."

"I think there is some strange things [that] happened in these Olympic Games," she added. "I think that guilty persons should be punished, but people who are not evidently guilty – it's not fair. They are working hard all their life."

After passing what Olympics officials had said would be intense scrutiny, 168 Russian athletes were allowed to compete in Pyeongchang. But before the games were over, two of those athletes were disqualified because of failed doping tests; one of them lost a bronze medal.

Among Russian fans, Kim has a rather unique perspective: She has been living in South Korea for years, and she had long been hoping that the Winter Olympics would come to the country. She even admits to being upset when the 2014 Games went to Sochi, Russia, rather than to Pyeongchang.

When Pyeongchang finally succeeded in its third bid to host the Olympics, Kim had been excited to see Russians come to Korea and compete for gold. But the doping scandal that hit the country's sports program after the Sochi Games lingered — and in December, the International Olympic Committee suspended the Russian Olympic Committee. Many Russian athletes weren't allowed to come to South Korea, including stars from its biathlon team — one of Kim's favorite Olympic sports.

"I was waiting, really looking forward to these games," Kim said, "and suddenly, I was greatly disappointed."

On Sunday, the International Olympic Committee said it would not yet lift the suspension of Russia's Olympic committee, citing the two new doping cases — but it left the door open for the suspension to lapse soon, if other Russian athletes in Pyeongchang don't fail their drug tests.

With Zagitova and Medvedeva as the strong favorites to win the gold medal, Kim attended their three main figure skating events — in the team competition, the short program and the free program.

"During all these competitions, we were sitting with Americans and with Canadians, and today, I was sitting near Japanese," she said. "And people are really friendly ... and they want to enjoy sport, they want to enjoy events" and celebrate, she said.

These Winter Olympics have divided her emotions in a variety of ways, Kim said. She adores Medvedeva and is amazed by her talent. But she understands that Zagitova is a young and rising star.

She wept as she watched the medal ceremony, Kim said: "I was proud greatly. It was from one side, tears of pride and happiness. From another side, I regretted greatly we can't see our flag."

As the Olympic anthem played through loudspeakers in the Medals Plaza, Kim and her husband, Donald, and other Russian fans around them, sang Russia's national anthem.

"We supported as we could," she said.