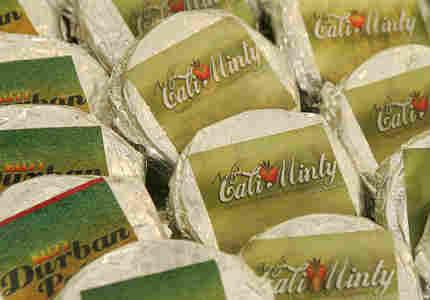 From AP, file this under Write Your Own Headline:

A fire has damaged a Los Angeles medical marijuana dispensary but no injuries are reported.

Fire Capt. Steve Ruda says the fire was reported at about 5:30 a.m. Monday at the Westchester Collective on the second floor of a two-story commercial building in the Westchester area. The building also houses several other businesses.

It took 69 firefighters an hour to extinguish the blaze.

The cause of the fire is under investigation.

California law provides "compassionate use" of marijuana, meaning people with certain medical conditions can get prescriptions for it from doctors and get the drug at dispensaries like the one that caught fire today. The state's policy hasn't made the federal Department of Justice any too happy. Never minding that, Los Angeles Councilwoman Janice Hahn is calling for the city to tax medical marijuana, a move also being considered by the state legislature. LA currently has more than 400 dispensaries, the LA Times reports.