Accessibility links
Sotomayor Vs. Nunchuks : The Two-Way The martial arts weapon plays a role in the debate on Capitol Hill. 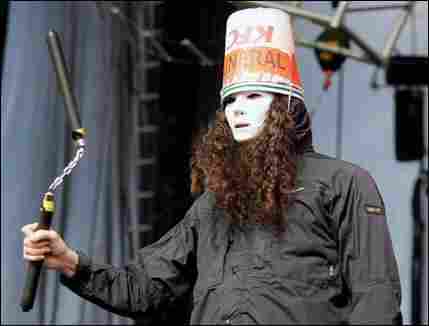 The surprise theme of the Sotomayor hearings: Nunchuks. Don't worry -- no one's yet resorted to the martial arts weapon at Supreme Court nominee Sonia Sotomayor's Senate confirmation hearing. But nunchuks have surfaced in questioning from lawmakers concerned about her views on the Second Amendment. (H/T Dana Milbank)

Today Sen. Orrin Hatch (R-UT) asked Sotomayor about District of Columbia vs. Heller, a case in which the Supreme Court overturned D.C.'s broad ban on handguns. Hatch wanted to know about her ruling in Maloney vs. Cuomo, which upheld a New York State ban on nunchuks.

HATCH: As a result of this very permissive legal standard -- and it is permissive -- doesn't your decision in Maloney mean that virtually any state or local weapons ban would be permissible?

SOTOMAYOR: Sir, in Maloney, we were talking about nunchuk sticks.

SOTOMAYOR: Those are martial arts sticks.

HATCH: Two sticks bound together by rawhide or some sort of a...

SOTOMAYOR: Exactly. And -- and when the sticks are swung, which is what you do with them, if there's anybody near you, you're going to be seriously injured, because that swinging mechanism can break arms, it can bust someone's skull...

SOTOMAYOR: ... it can cause not only serious, but fatal damage.

So to the extent that a state government would choose to address this issue of the danger of that instrument by prohibiting its possession in the way New York did, the question before our court -- because the Second Amendment has not been incorporated against the state -- was, did the state have a rational basis for prohibiting the possession of this kind of instrument?

Every kind of regulation would come to a court with a particular statute, which judicial -- judicial -- legislative findings as to why a remedy is needed, and that statute would then be subject to rational basis review.

HATCH: Well, the point that I'm really making is that the decision was based upon a 19th century case that relied on the privileges and immunities clause, which is not the clause that we use to invoke the doctrine of incorporation today, and that's just an important consideration for you as you see these cases in the future.

Let me just change the subject.