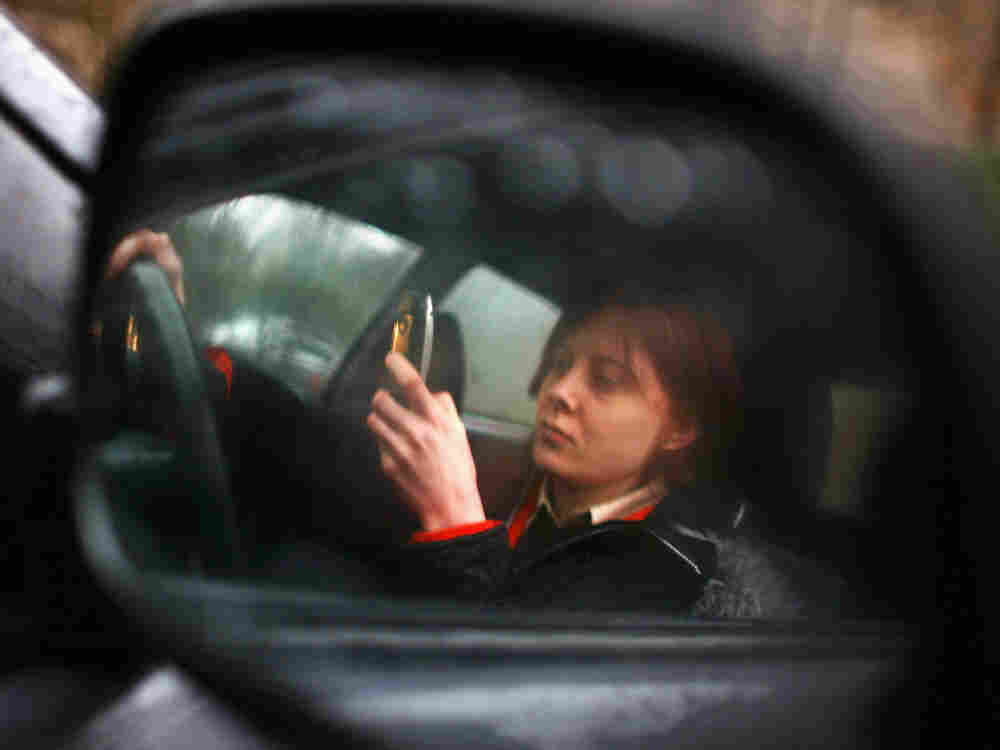 "Texting should be banned in moving vehicles for all drivers," a new report from the Virginia Tech Transportation Institute recommends.

Researchers from the institute used equipment to continuously observe drivers "for more than 6 million miles of driving," and found that any use of cell phones while driving increased the potential for a crash or "near crash." But texting was by far the worst thing to do. The researchers say a driver who is texting is as much as 23.2 times more likely to get into an accident than a "non-distracted" driver.

The reason is logical: Texting draws drivers' eyes away from the road more than any other cell phone task.

In this morning's New York Times:

Tom Dingus, director of the Virginia Tech institute, one of the world's largest vehicle safety research organizations, said the study's message was clear.

"You should never do this," he said of texting while driving. "It should be illegal."

As NPR's Jon Hamilton has previously reported, trying to multi-task in a moving car can be as dangerous as driving while drunk.

This all leads us to republish a poll we started last Tuesday:

Update at 12:20 p.m. ET: There's also new data from the AAA Foundation for Traffic Safety, which has issued its 2009 Traffic Safety Culture Index.

-- 35% of drivers "feel less safe today" than they did five years ago.

-- "Distracted driving, mentioned by 31%, was the most often cited reason."

-- But 67% admitted talking on a cell phone while driving; 28% of them regularly. And 21% said they had text messaged while driving.

The index is based on a national telephone survey of 2,501 people ages 16 and over. The margin of error is said to be +/- 2.5 percentage points.