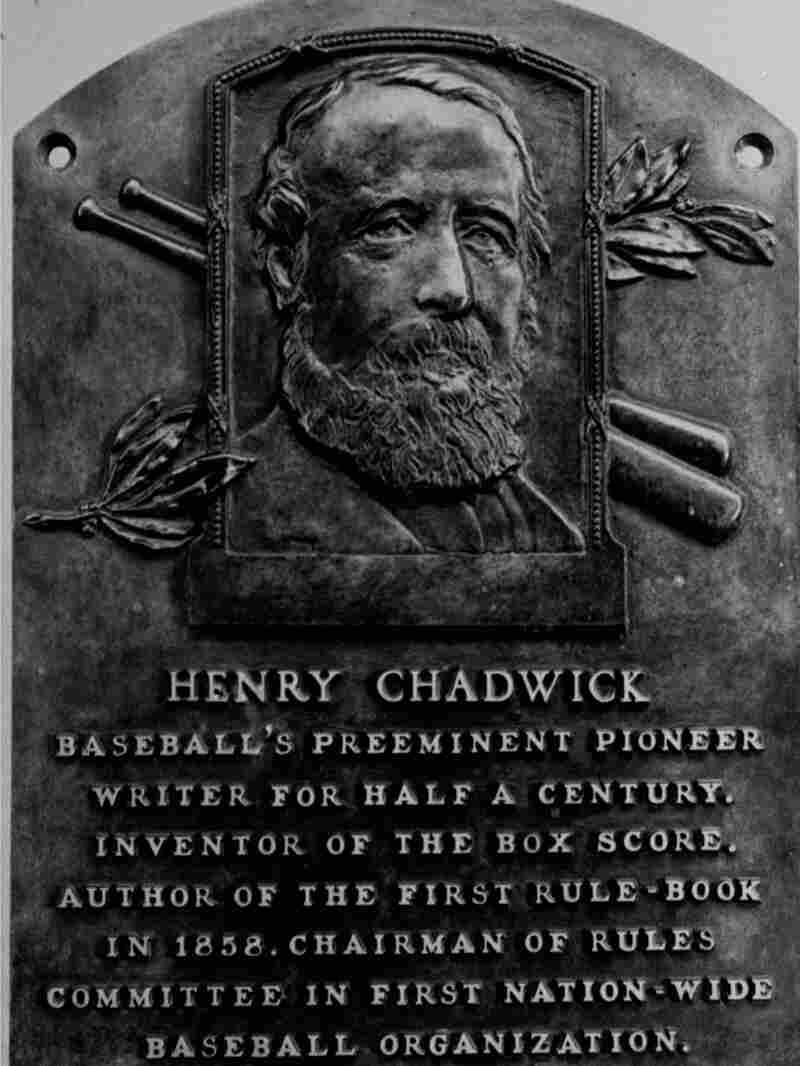 For those who can't start a day from April through October without checking their favorite baseball team's box score, here's an anniversary of note:

As NPR's Mike Pesca reported for Morning Edition, it was 150 years ago that sportswriter Henry Chadwick came up with what's recognized by the National Baseball Hall of Fame as the first true box score. His innovation is one reason Chadwick was among the hall's original inductees. Here is Mike's report:

For this blogger, I didn't have any one team I was completely committed to growing up. In western New York state we were in something of a no-man's land baseball-wise.

But as a kid it was a daily ritual to check to see how some of my favorite players had done the night before. Reggie Jackson. Rod Carew. Roberto Clemente.

Apparently, I have Chadwick to thank for being able to do that.

I suspect many of you are box score fans as well.

For more on Chadwick, the Hall of Fame has